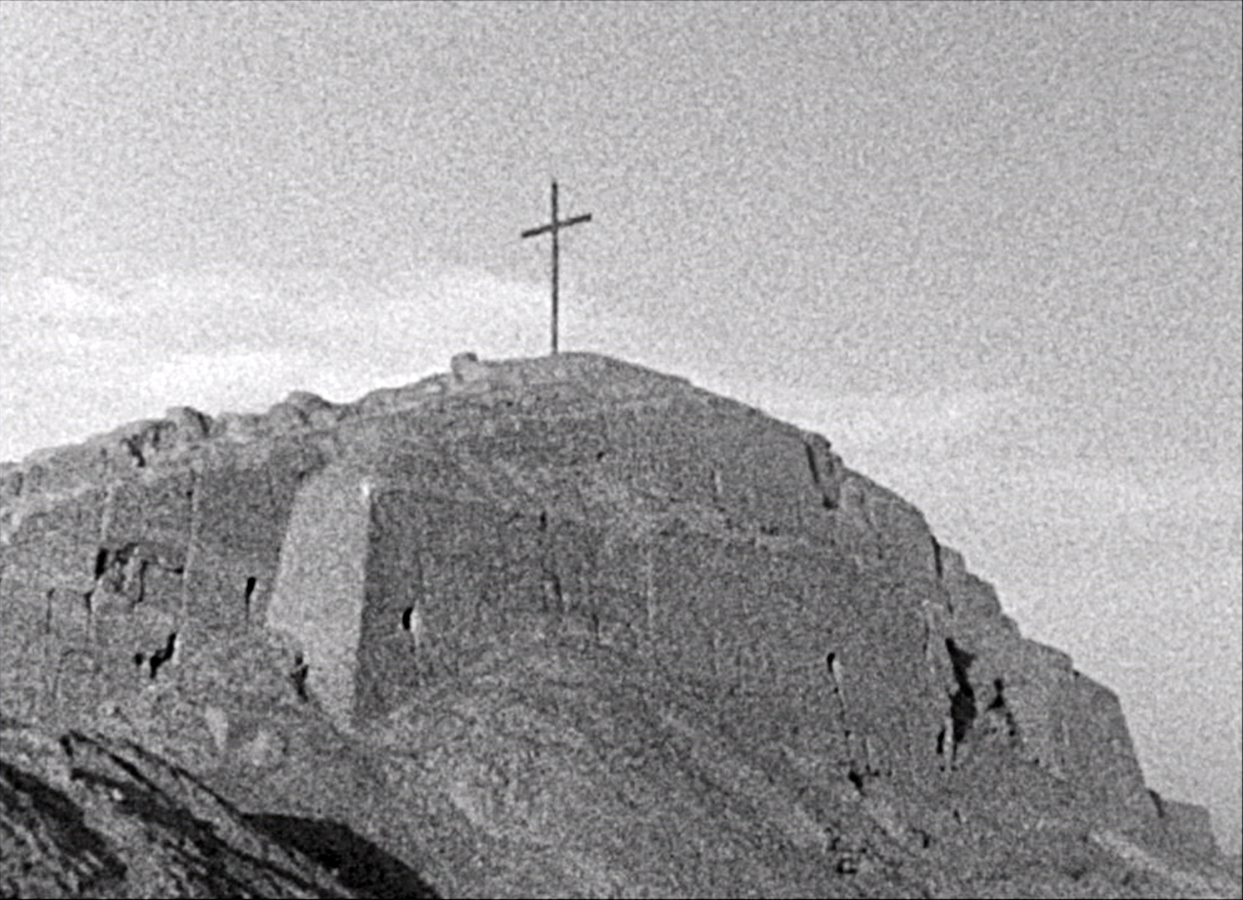 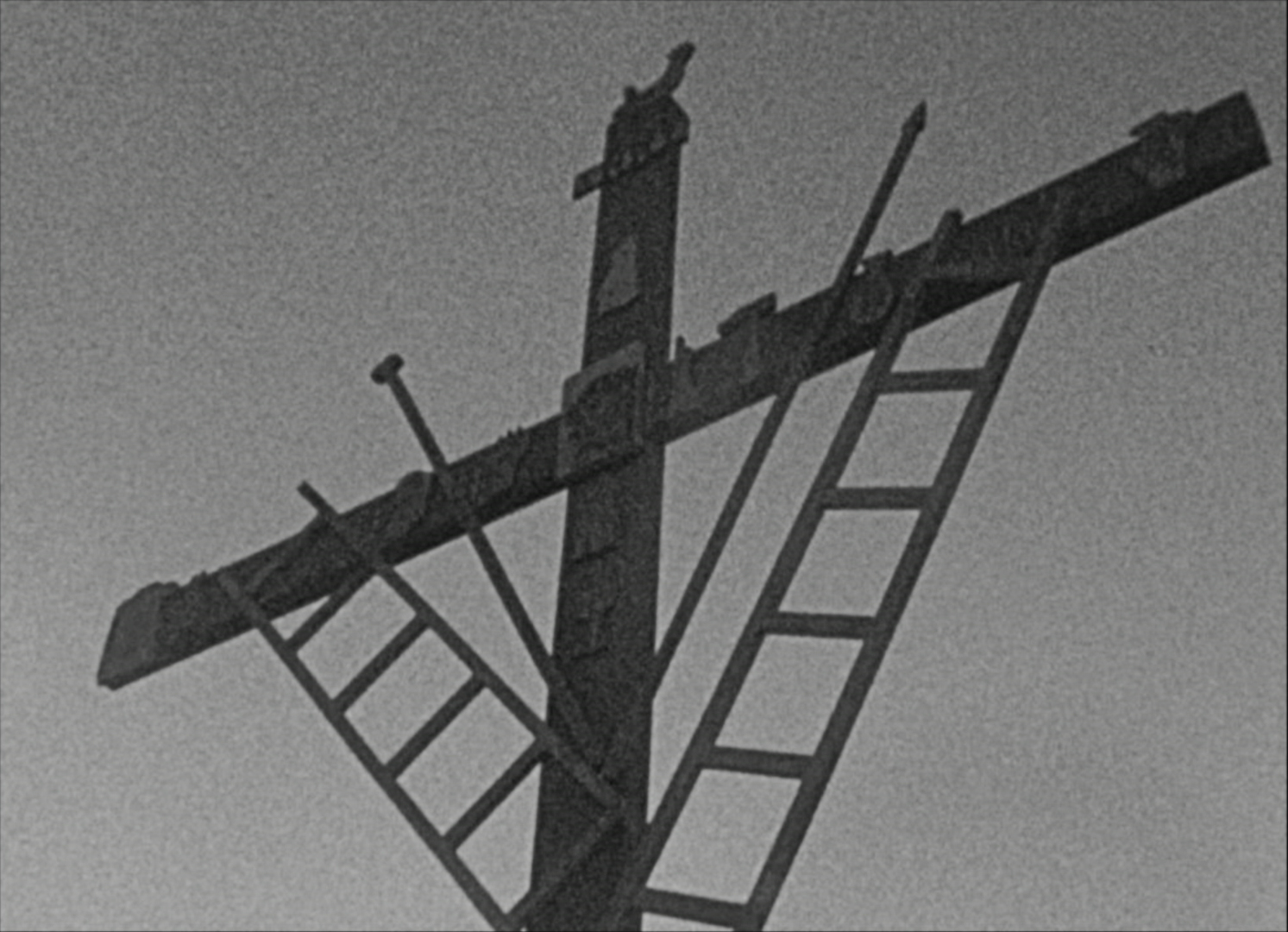 This granular black and white super 8 movie, shows in subjective camera the ascension of La Centinela, an adobe pyramid from the Chincha civilisation which is located on the Peruvian coast. A large wooden sculpted cross is driven into the top of this pyramid which is prior to the Spanish invasion. This collage of a pre-Inca sacred construction (huaca) and a catholic religious symbol is symptomatic of the syncretic forms that colonial repression underground resistance could take. Under inquisition rules, Andean people were off-limits from their sacred spaces or « huacas », be it constructed spaces or natural spaces as lakes or mountains. Andean communities planted crosses in order to conduct their rites while pretending to pray the god of the Spanish missionaries. It is a kind of cannibalistic relationship in which the colonized people as to absorb the culture of the colonizer in order to keep its own culture surviving, giving birth to a syncretic culture.