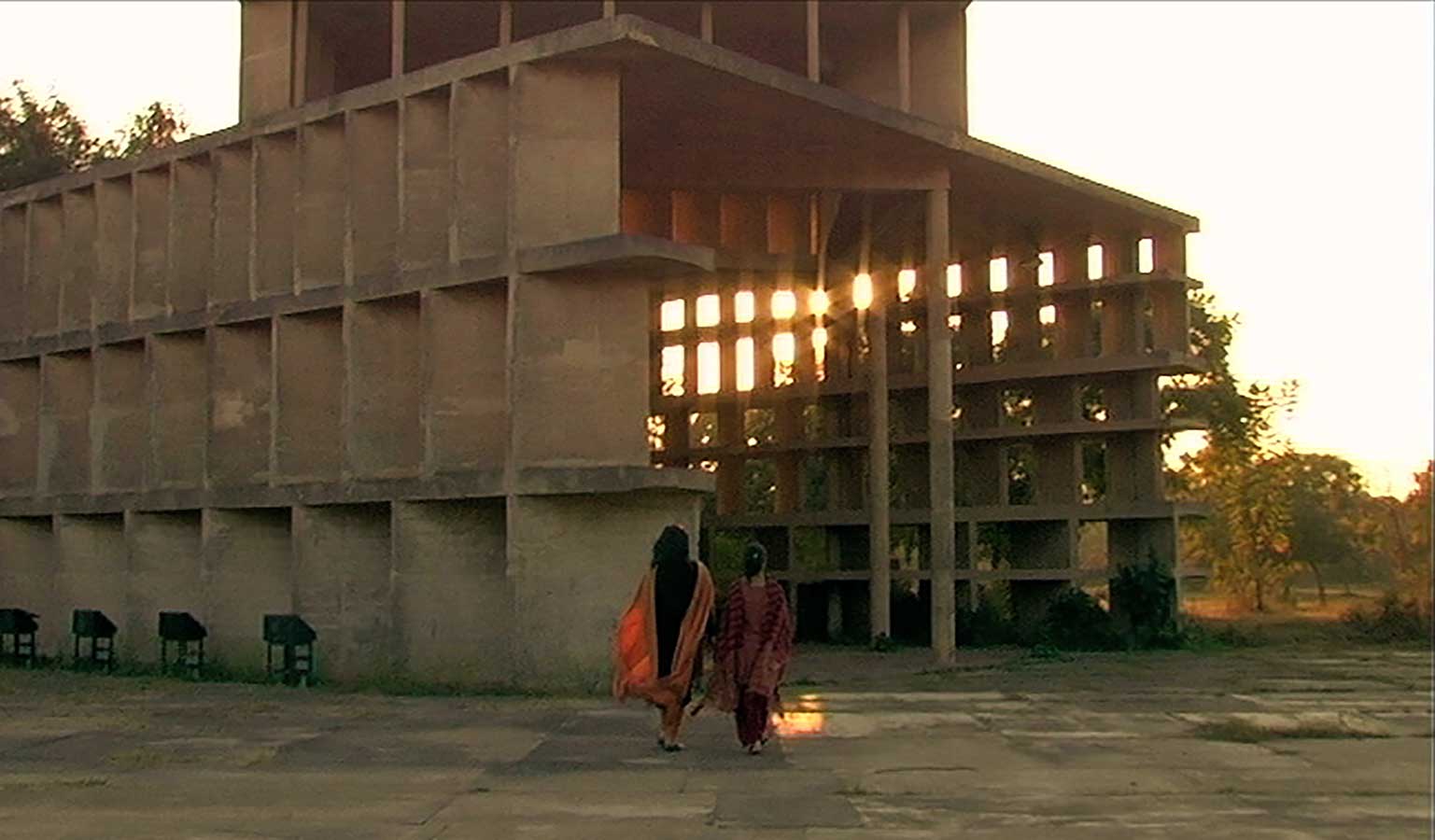 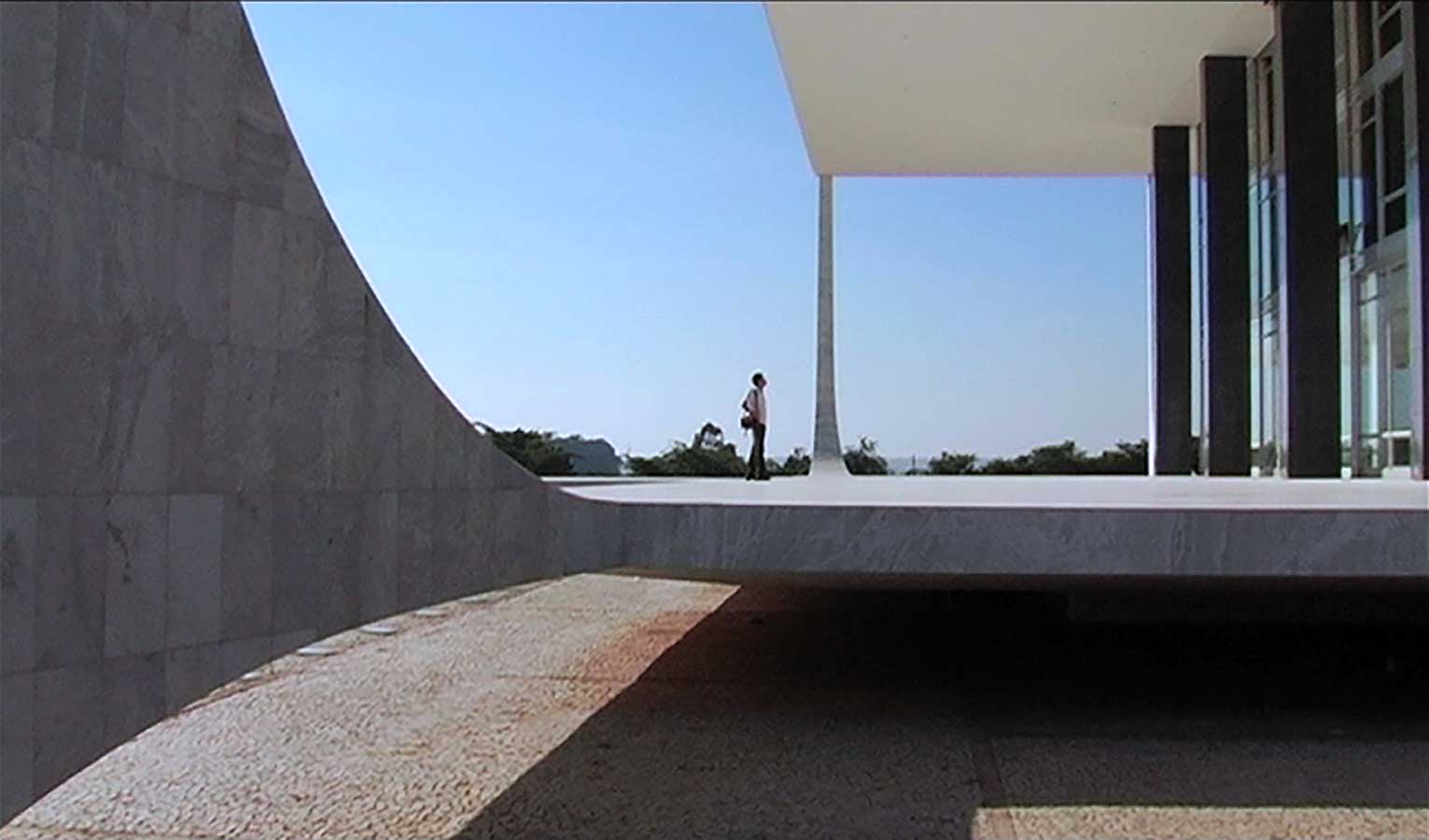 Brasilia and Chandigarh are two iconic capital cities in modern architecture, bound by postcolonial history. Built by Oscar Niemeyer in the center of Brazil, Brasilia was meant to replace the country’s colonial capital, Rio de Janeiro. The Punjab was separated from its former capital, Lahore, after the partition of India and Pakistan in 1947. Prime Minister Nehru commissioned Swiss-French architect Le Corbusier for the building of Chandigarh, a new capital aimed at signaling India’s entry into modernity. This paradox would be highlighted by many Indian postcolonial critics. The film Brasilia/Chandigarh is structured around formal and spatial analogies, creating a labyrinth where wanders a character inspired by Adolfo Bioy Casares’ The Adventures of a Photographer in La Plata, one of the key works in Argentinean magic realism. The man roams around Brasilia. In the meantime, two women wander in Chandigarh. They play the role of intercessors within the image. They possess a knowledge that sheds light on the programmatic intentions of the architect and planner. The three characters – serving as mediums for movement – wander across a formal repertory, somewhere between a post-apocalyptical landscape scattered with ruins, architectural ghosts, sculpture parks, and a deserted monument-city. Theirs is a journey outside time, or rather a journey through a “time after” – a time taking place after utopia has been achieved –, revealing the de-activated vision of a failed dream: that of a future that never happened. Through their conduit, the film slips into the layout of the two cities. Two drawings – one of them showing Chandigarh that borrows “the plan of Jaipur in the shape of a mandala,” the other depicting Brasilia, whose shape evokes a bird taking flight, both founding gestures for their respective city – are superimposed and impose themselves to the scenario. What if the film was being scripted by the city itself?