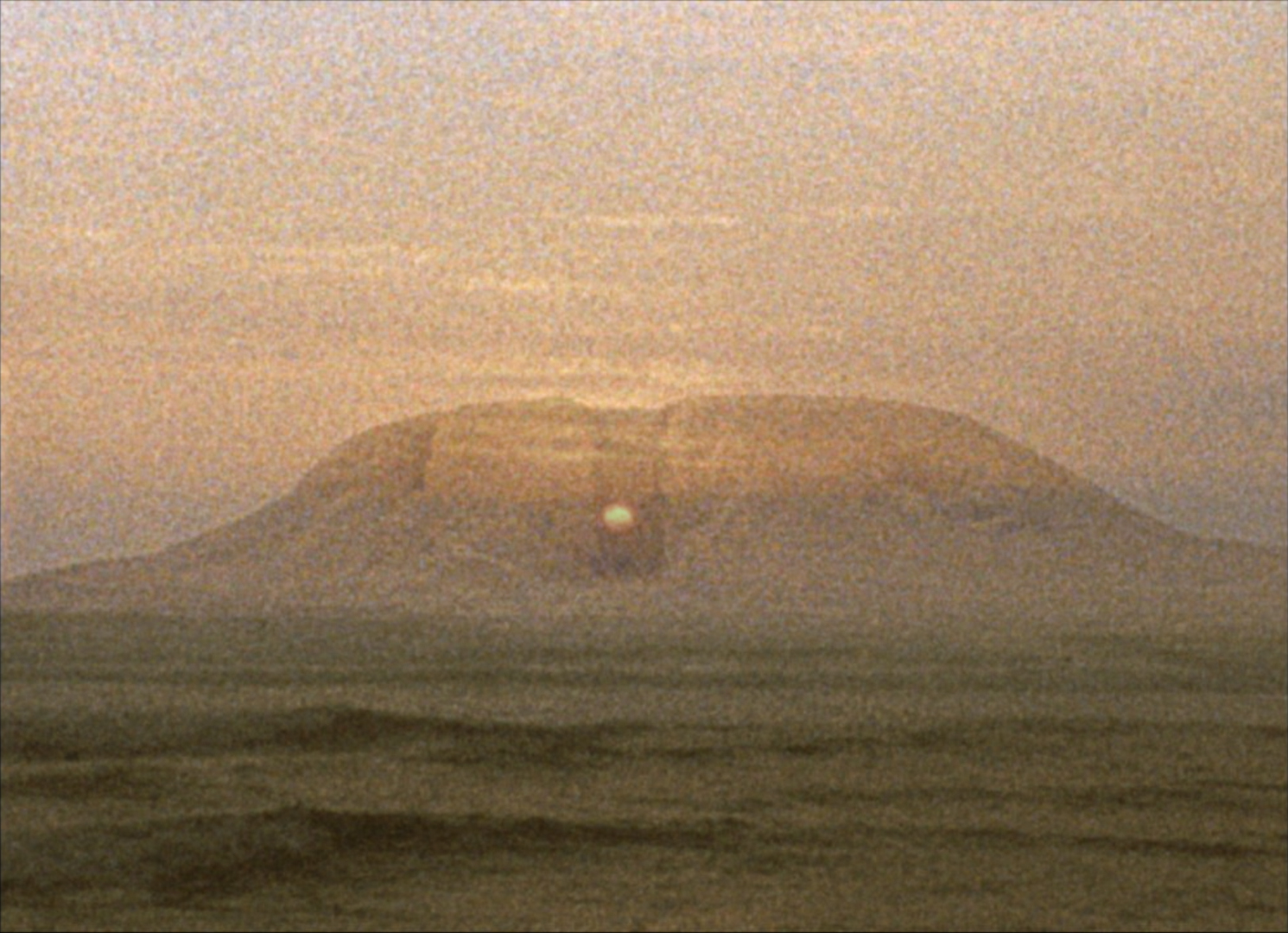 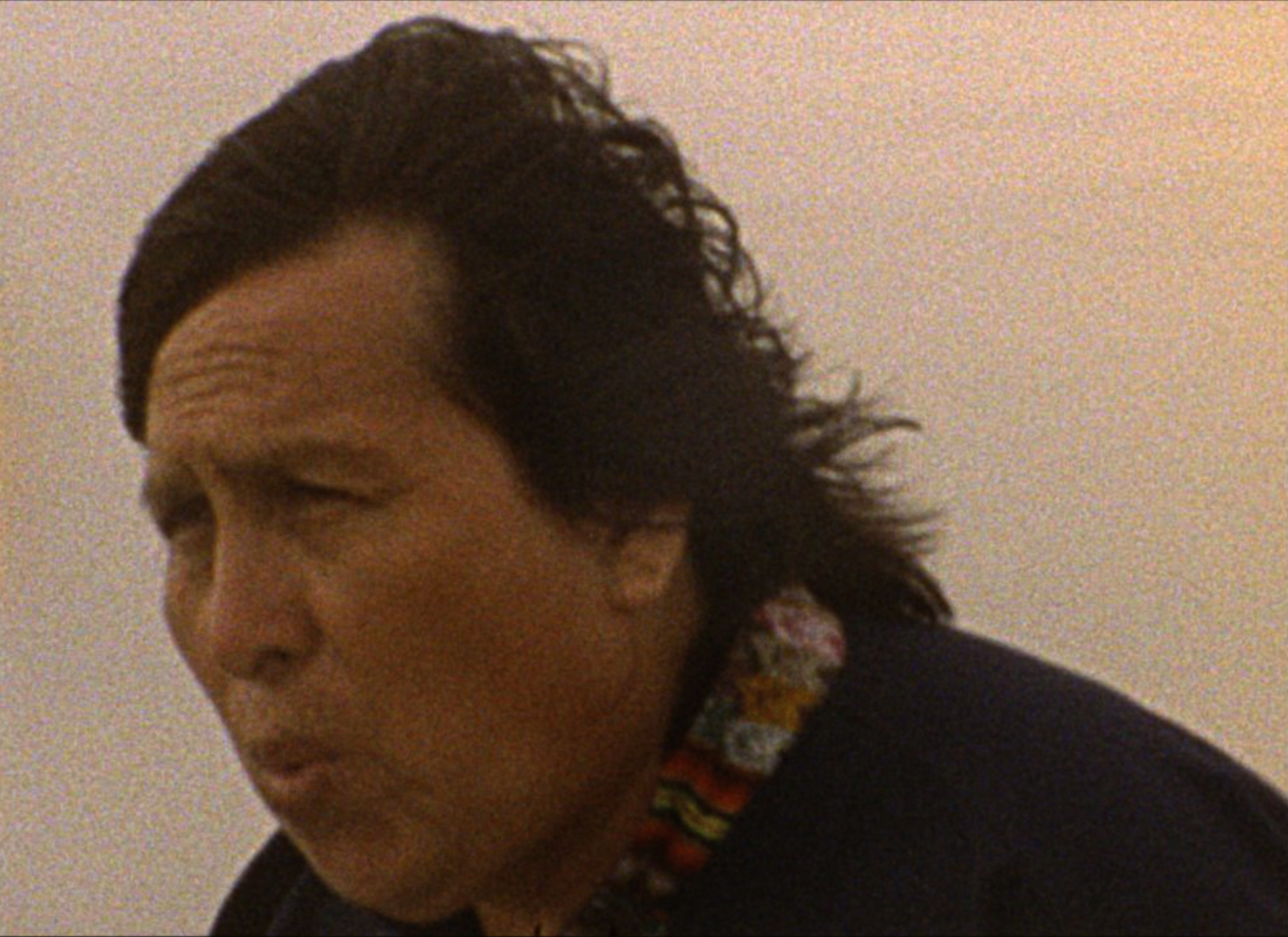 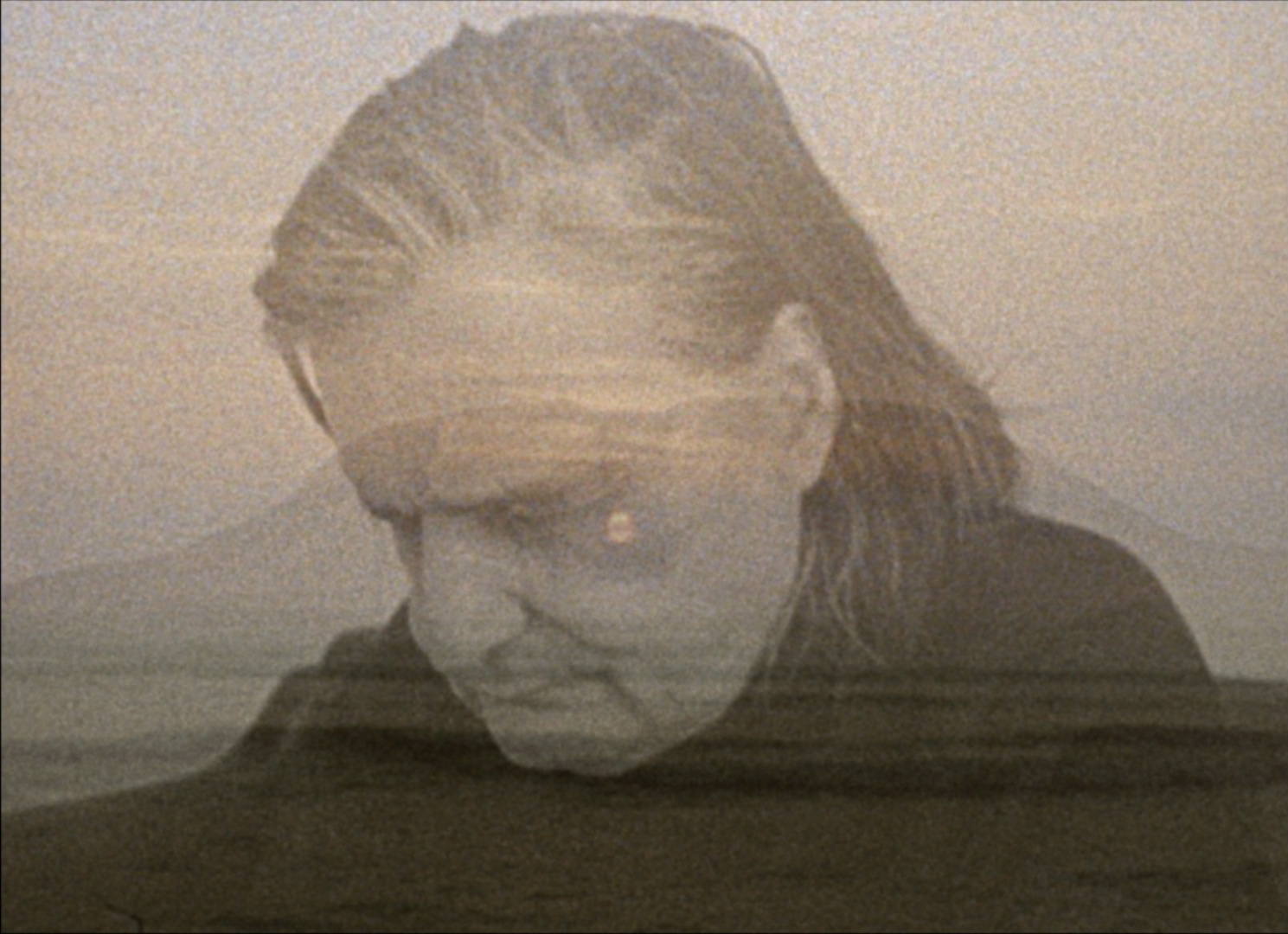 The first part of Sobre la Huaca Cortada was shot on color super 8 film at the top of a Mochica civilisation pyramid called Huaca Cortada (cut pyramid) El Brujo (the wizard) on the Peruvian coast.
The second part was then shot in black and white super 8 film at Beltrame’s Parisian studio. Thus through a sequence of superimpositions and dissolves, the movie overlays the limpia (purification) of a 19th Century esoteric cane transmitted by the actor Jean-Pierre Léaud to the curandero (shaman) José Levis Picon through Louidgi Beltrame. The energy “refill” of this cane thus materializing the invisible exchange which is at work in the movie El Brujo, 2016.