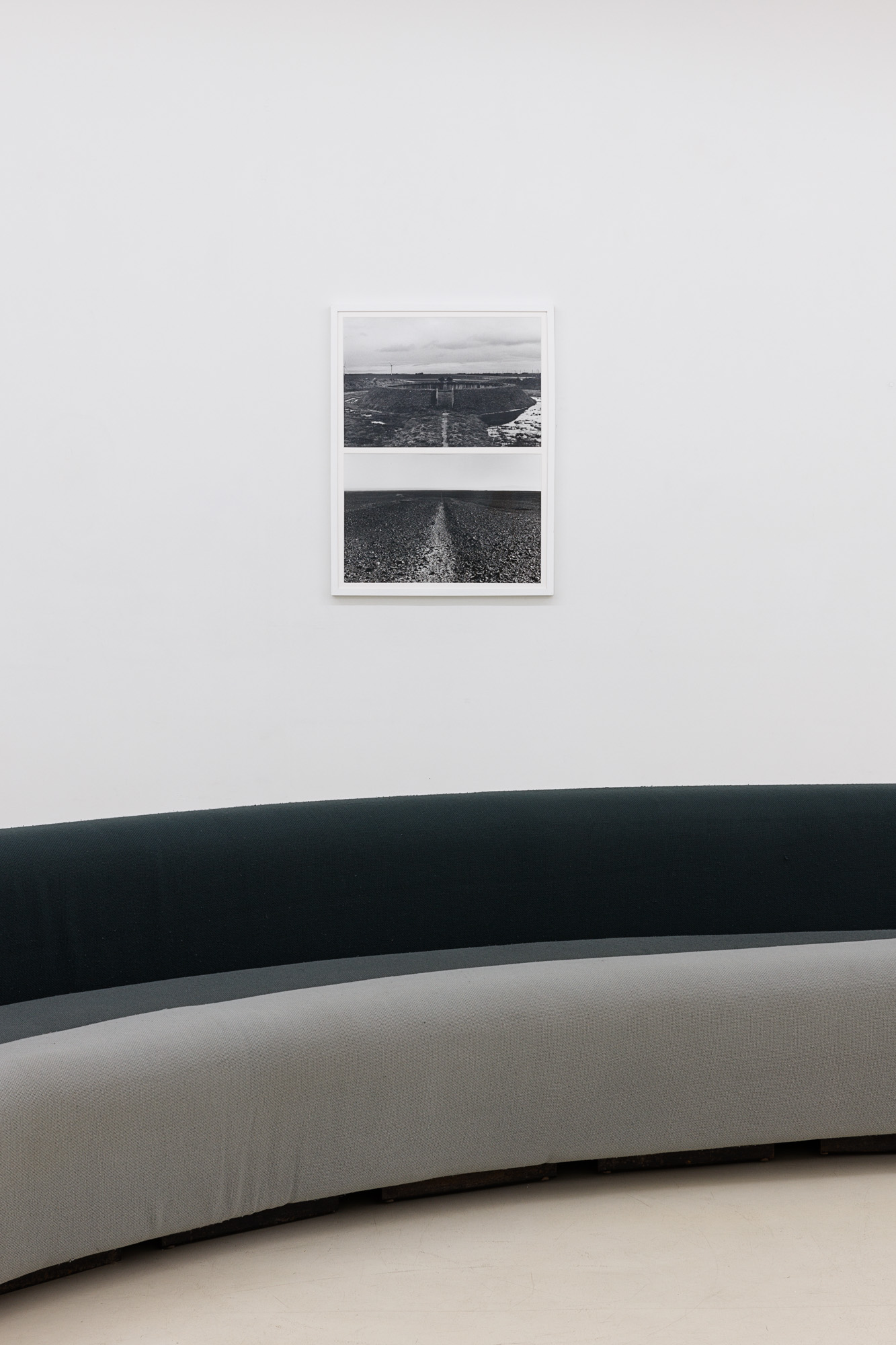 Two black and white analogical photographs are mounted together in the same frame. That of the top was taken in Holland on the site of Robert Morris’s earthwork Observatory during 2011 winter solstice. Bottom photography was made in Peru on the Nazca Lines site. Both sites perspectives align together through vanishing points convergence. This formal alignment refers to the conceptual process set up for the movie Nosotros también somos extraterrestres as well as to Robert Morris’s text Aligned with Nazca,1974.