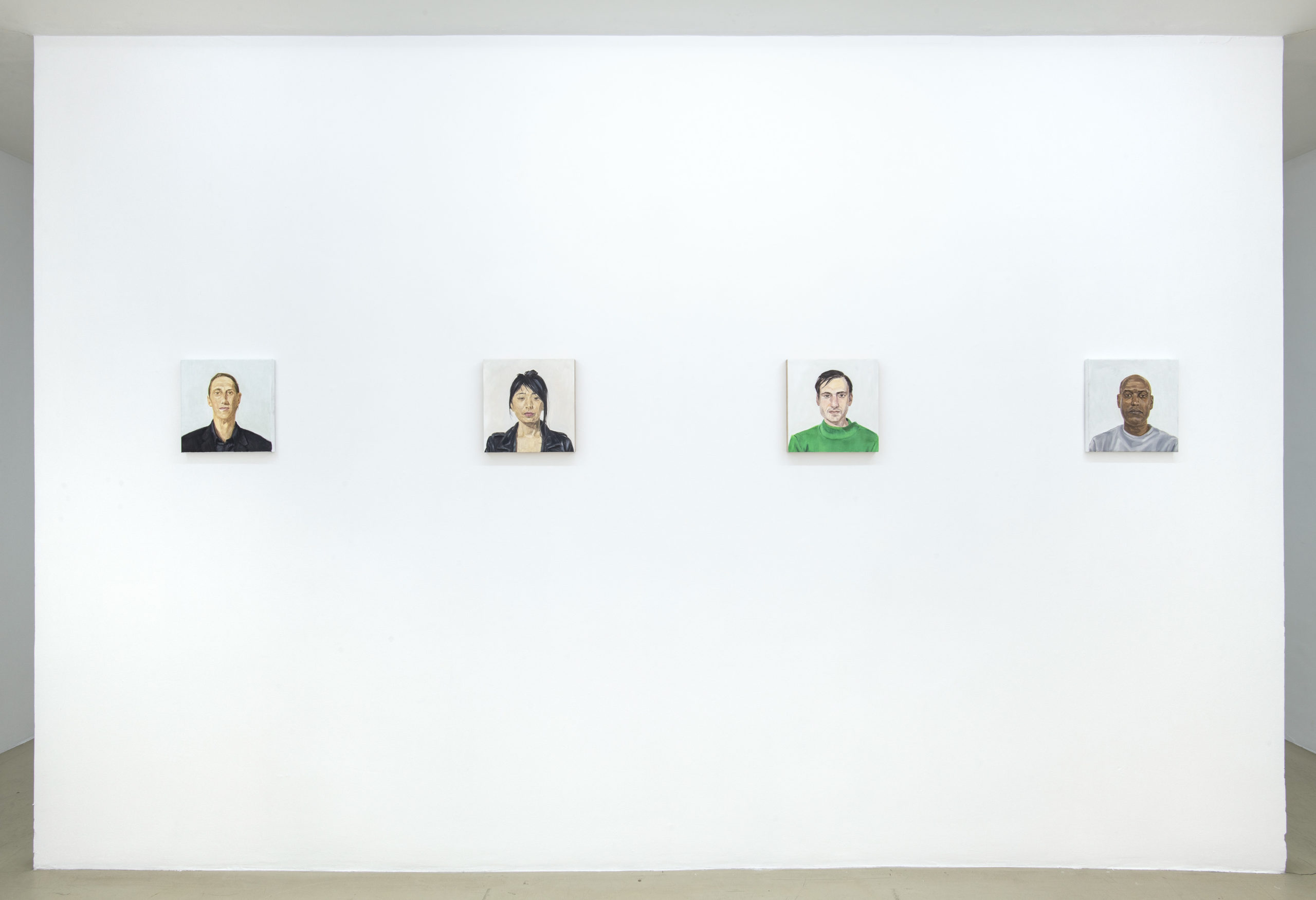 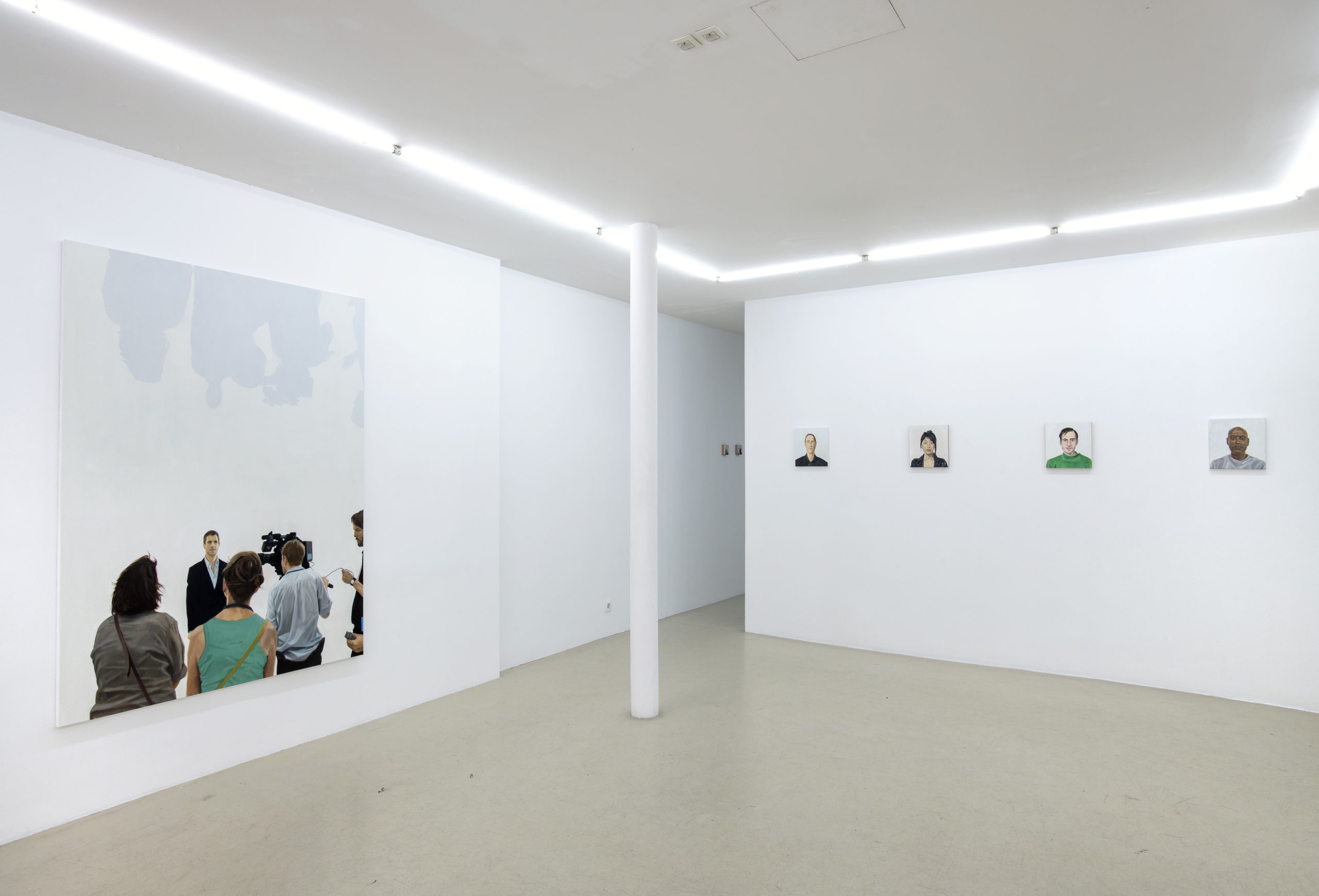 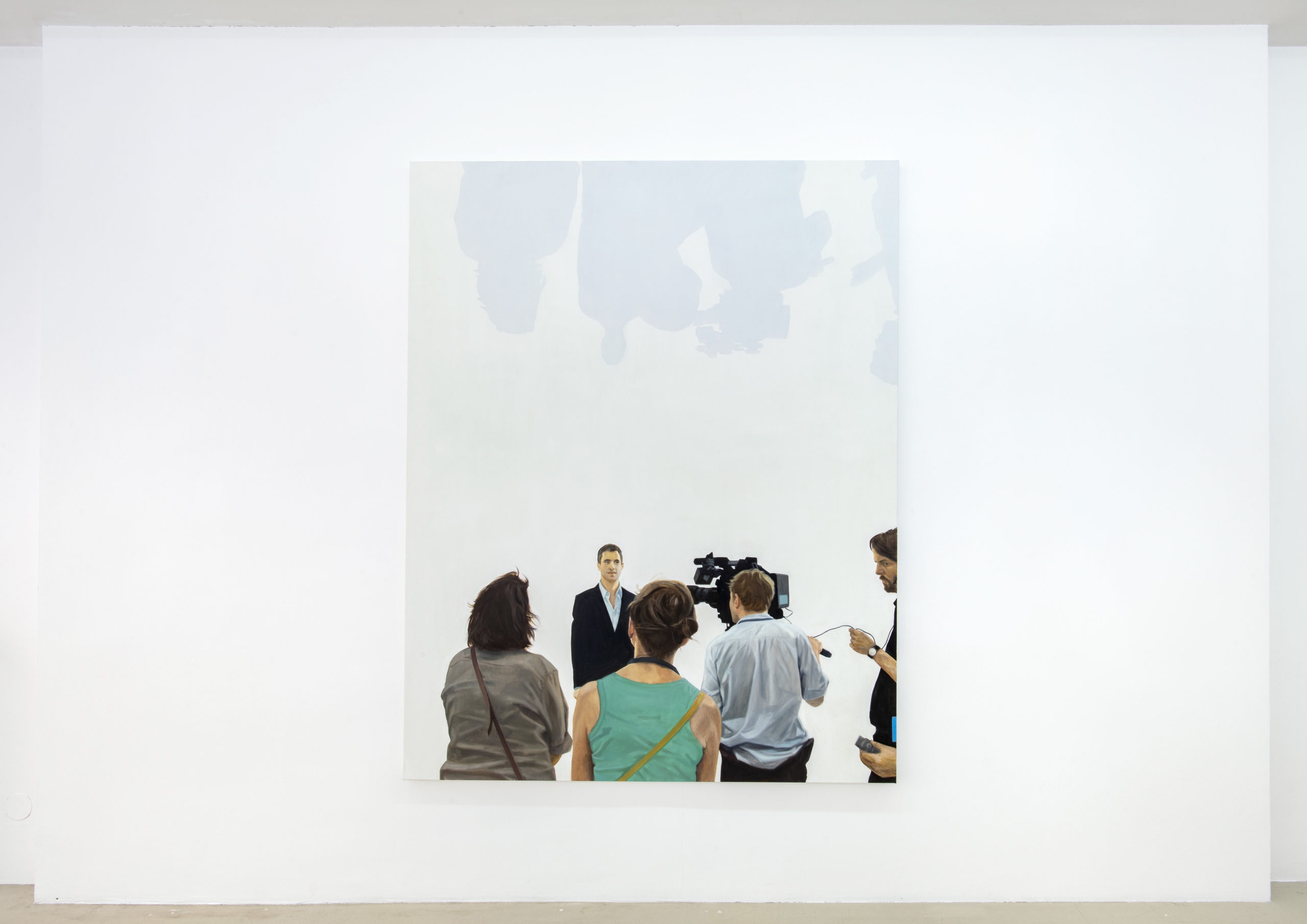 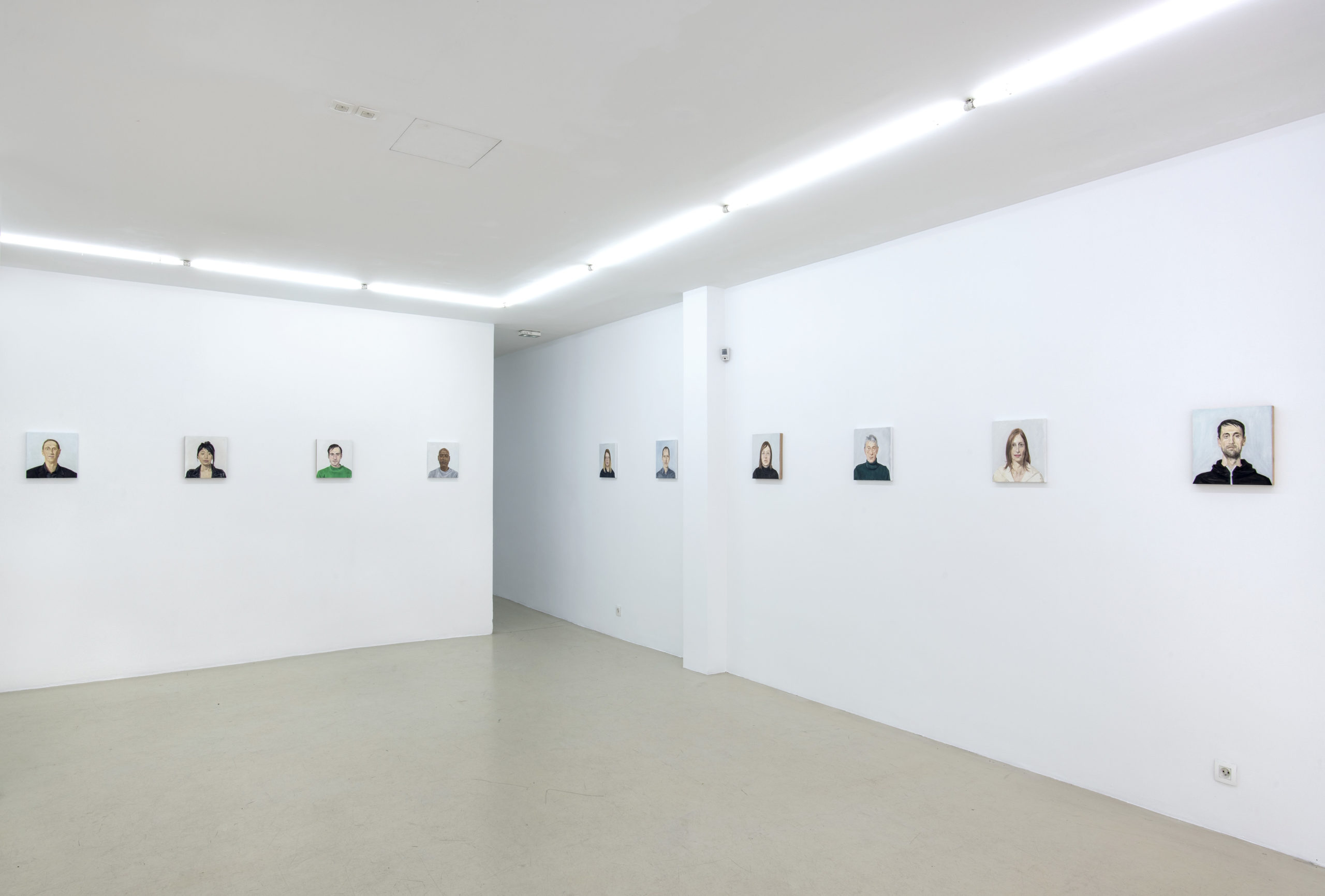 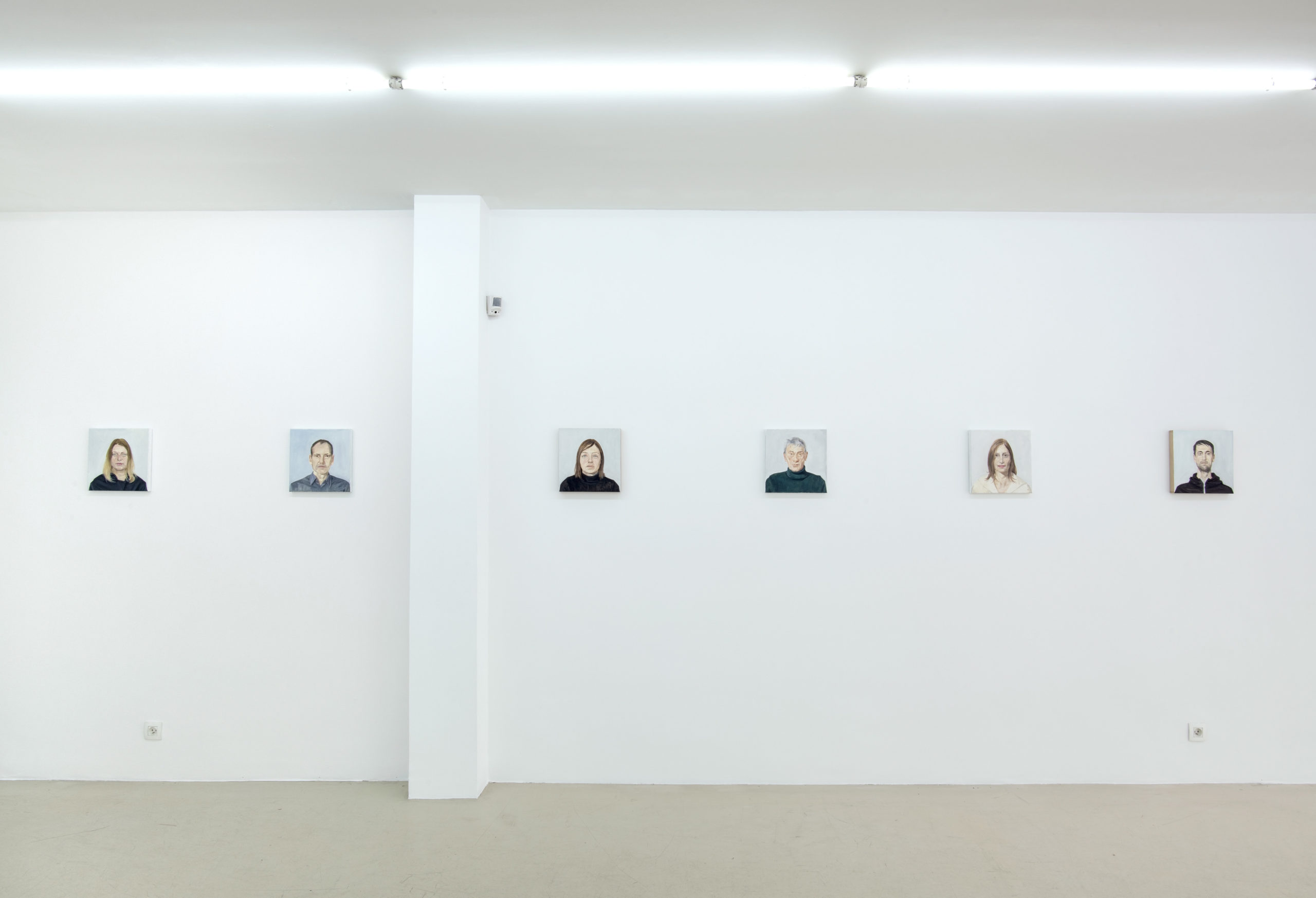 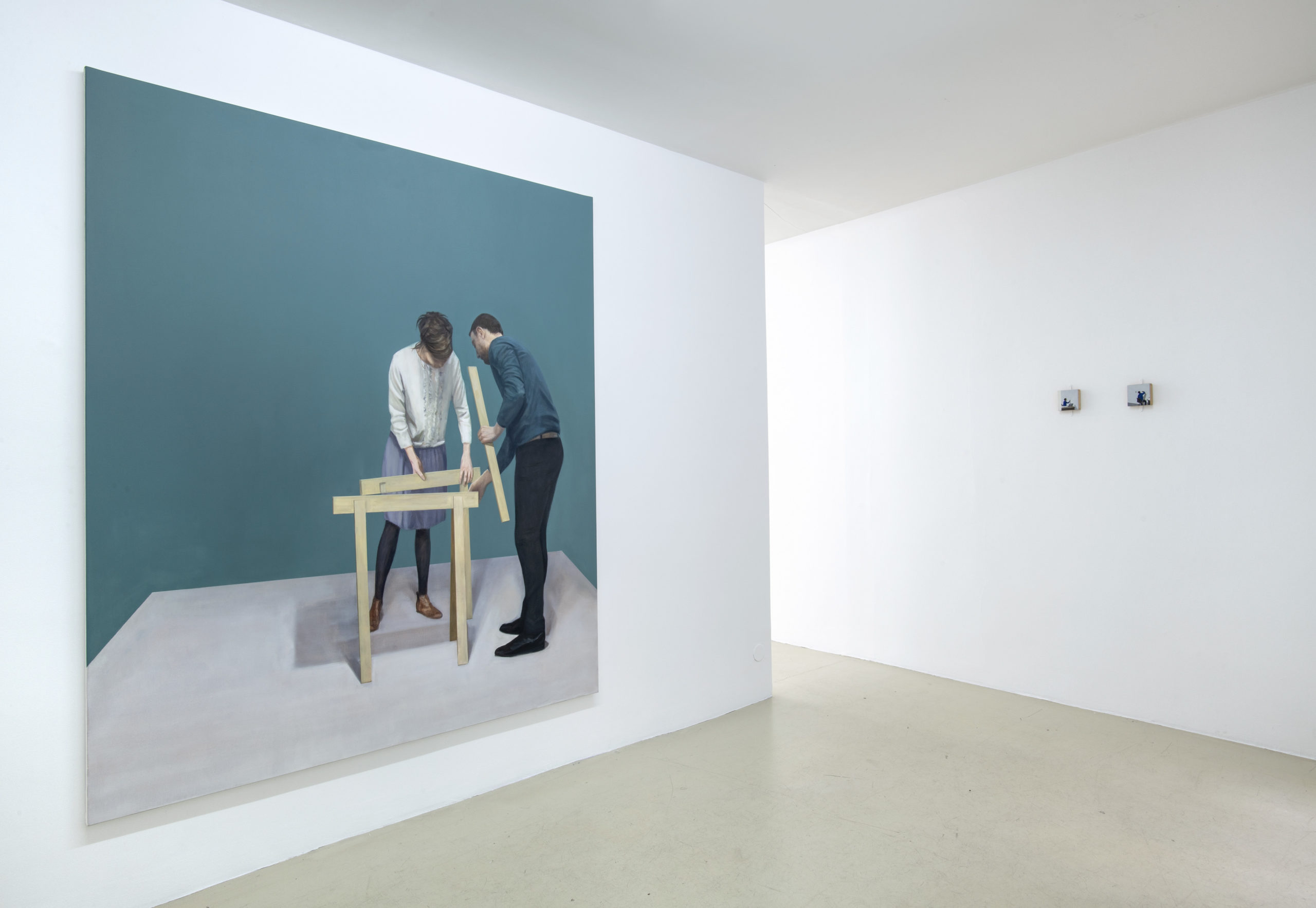 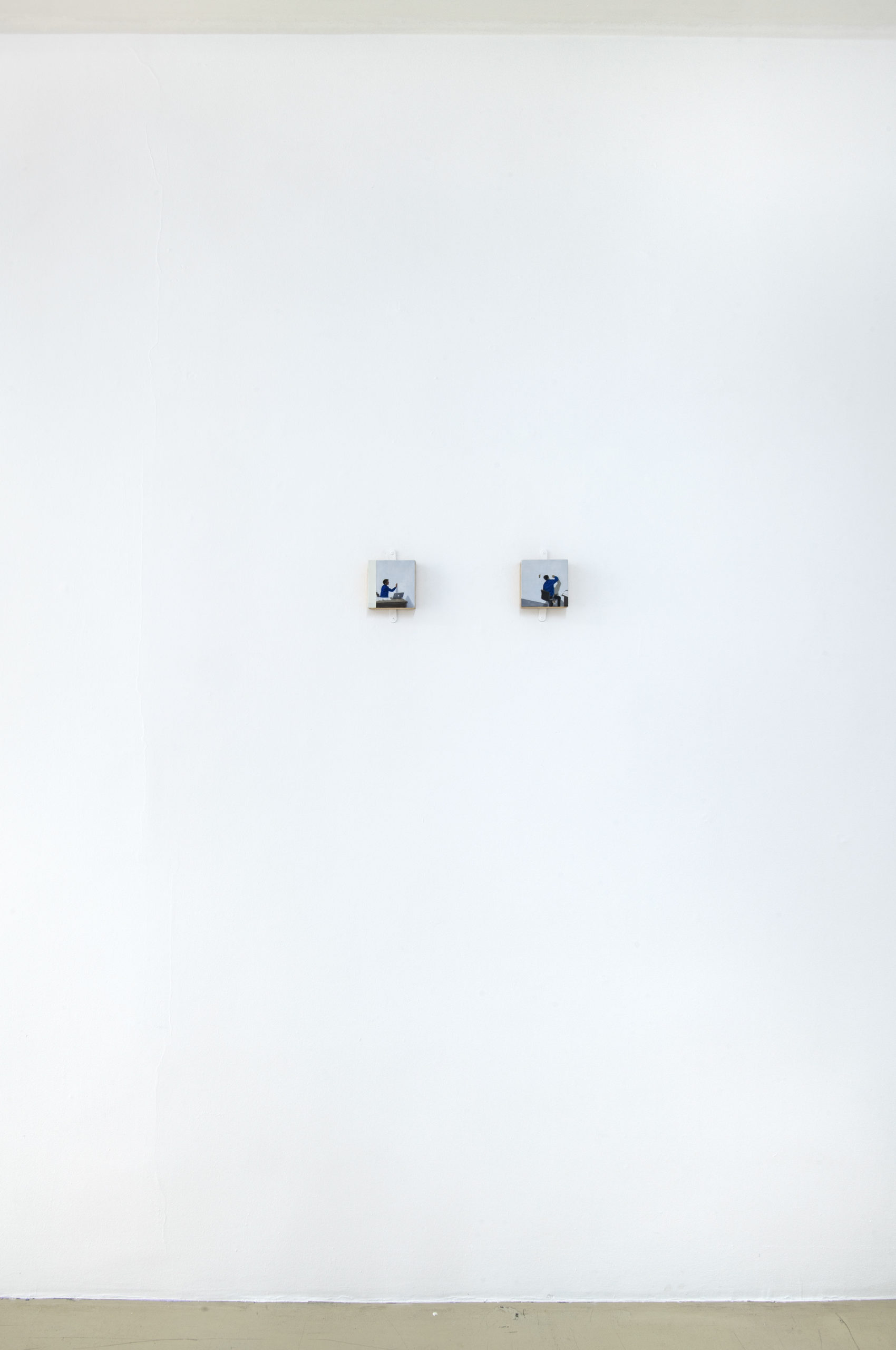 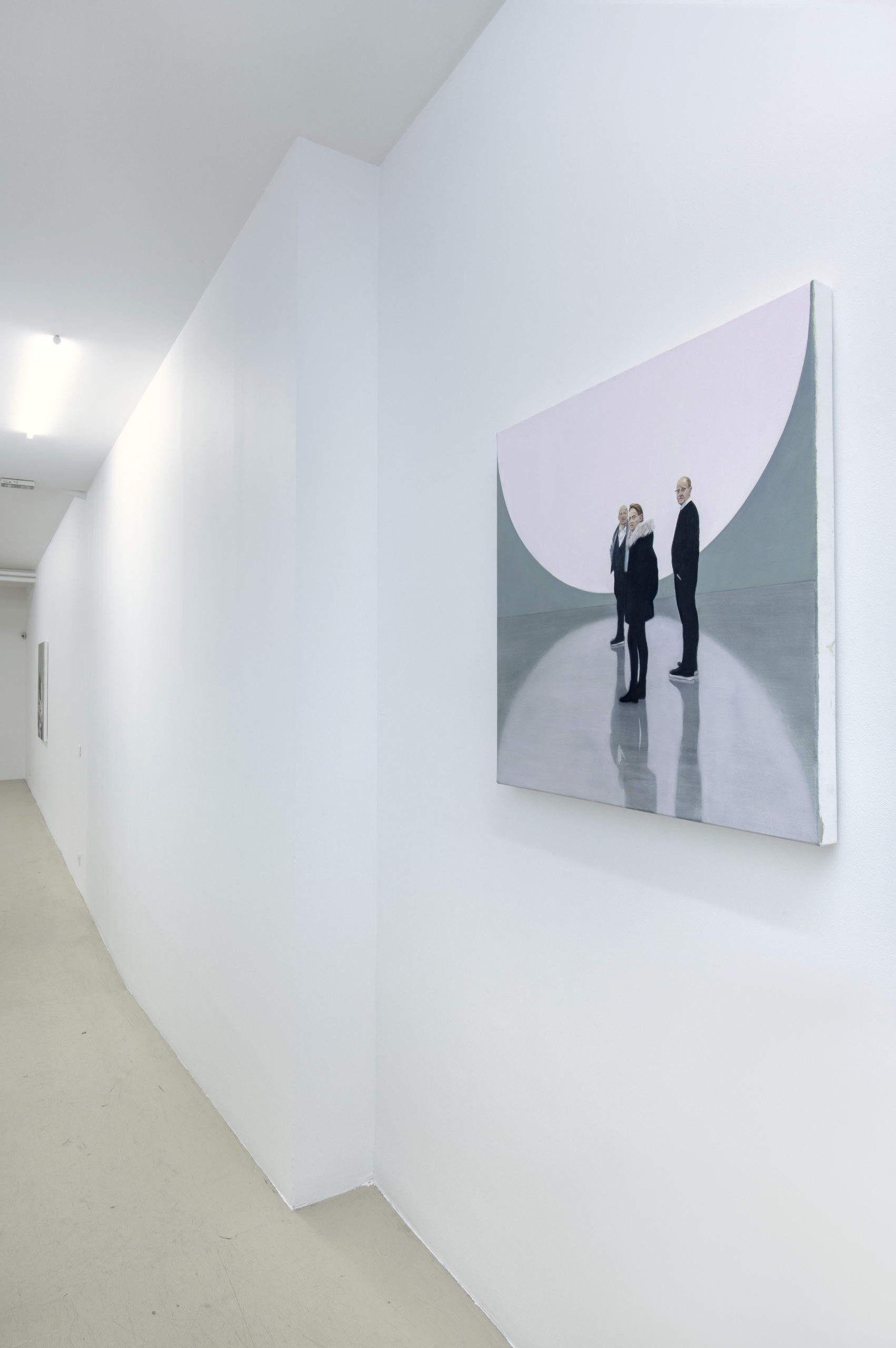 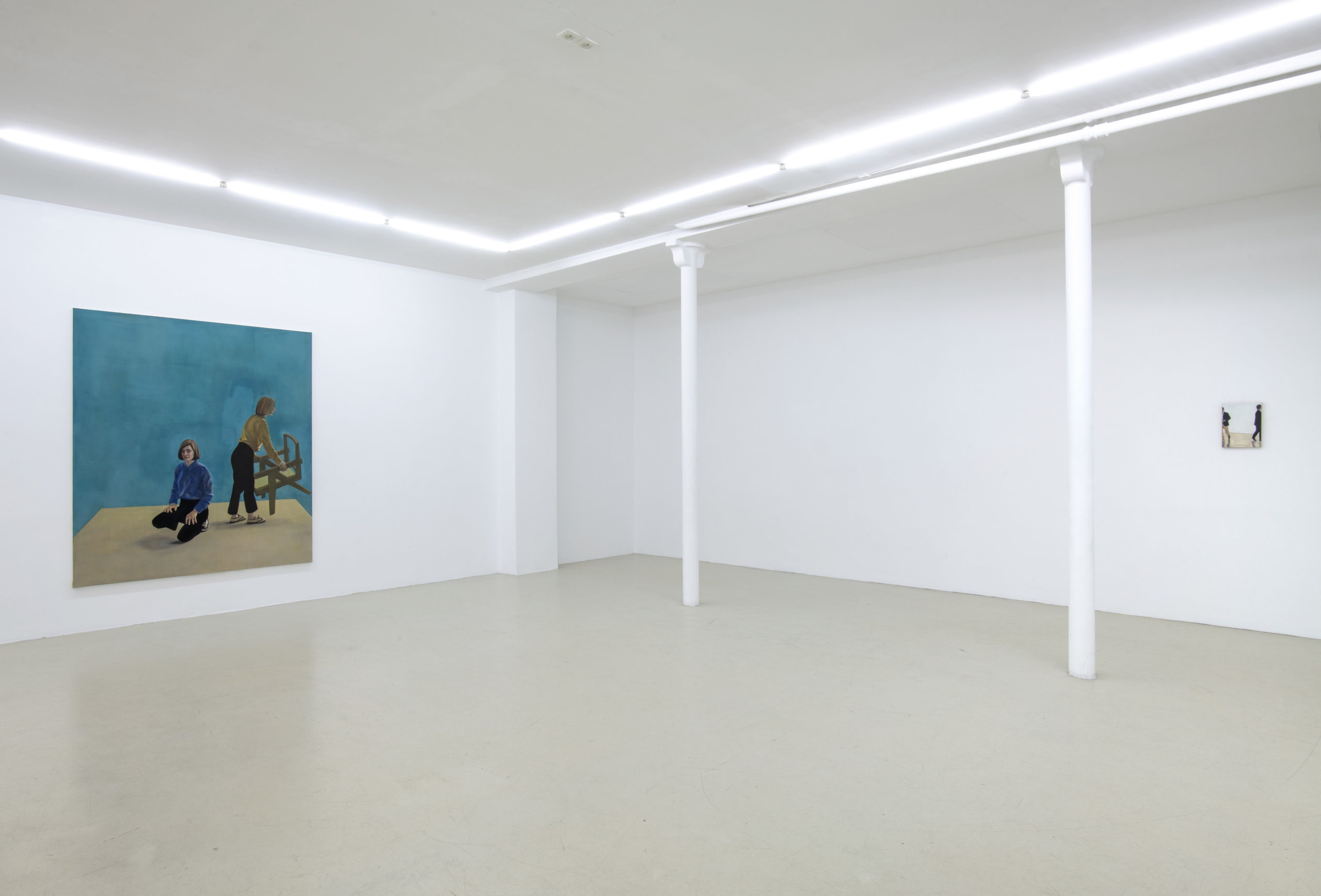 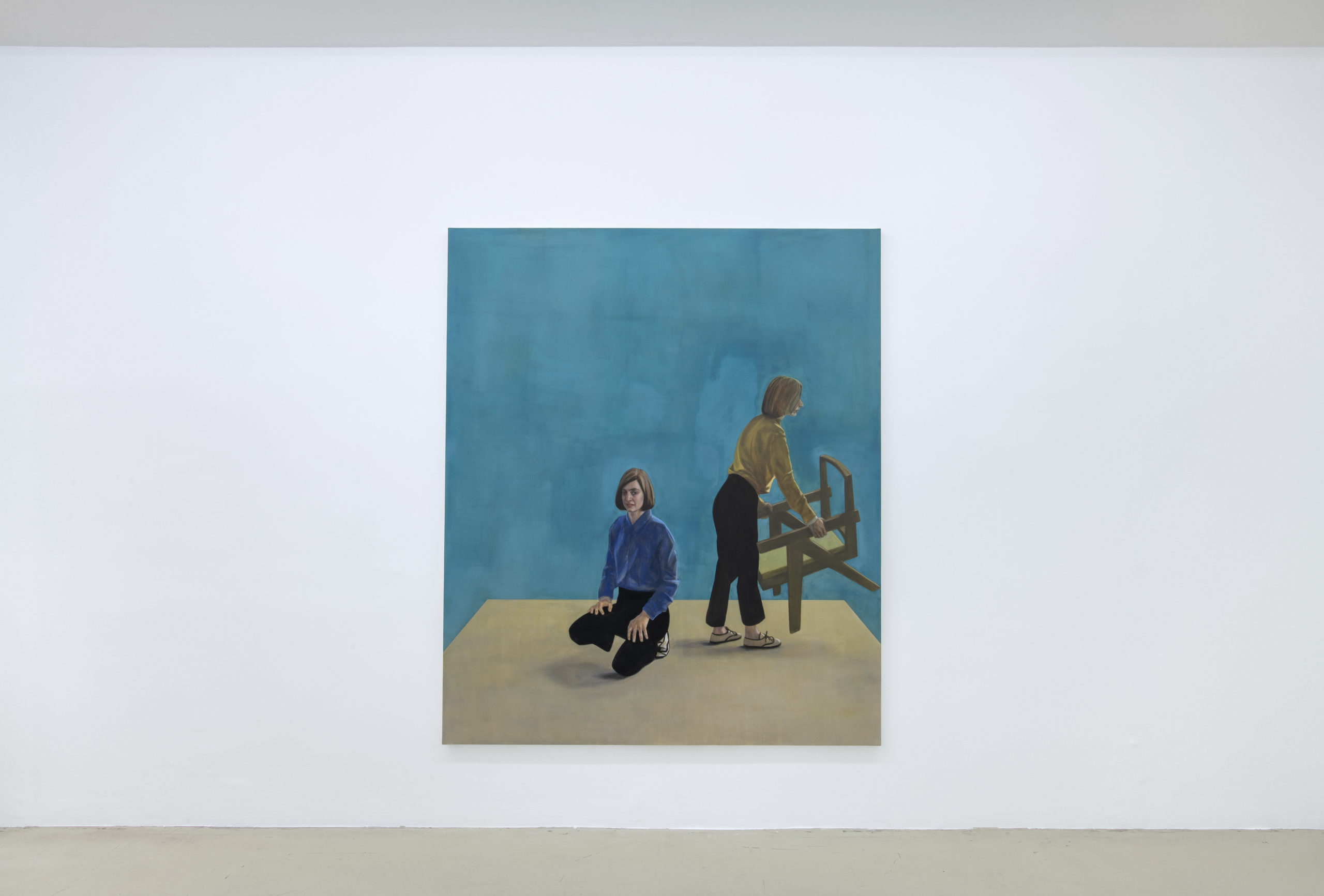 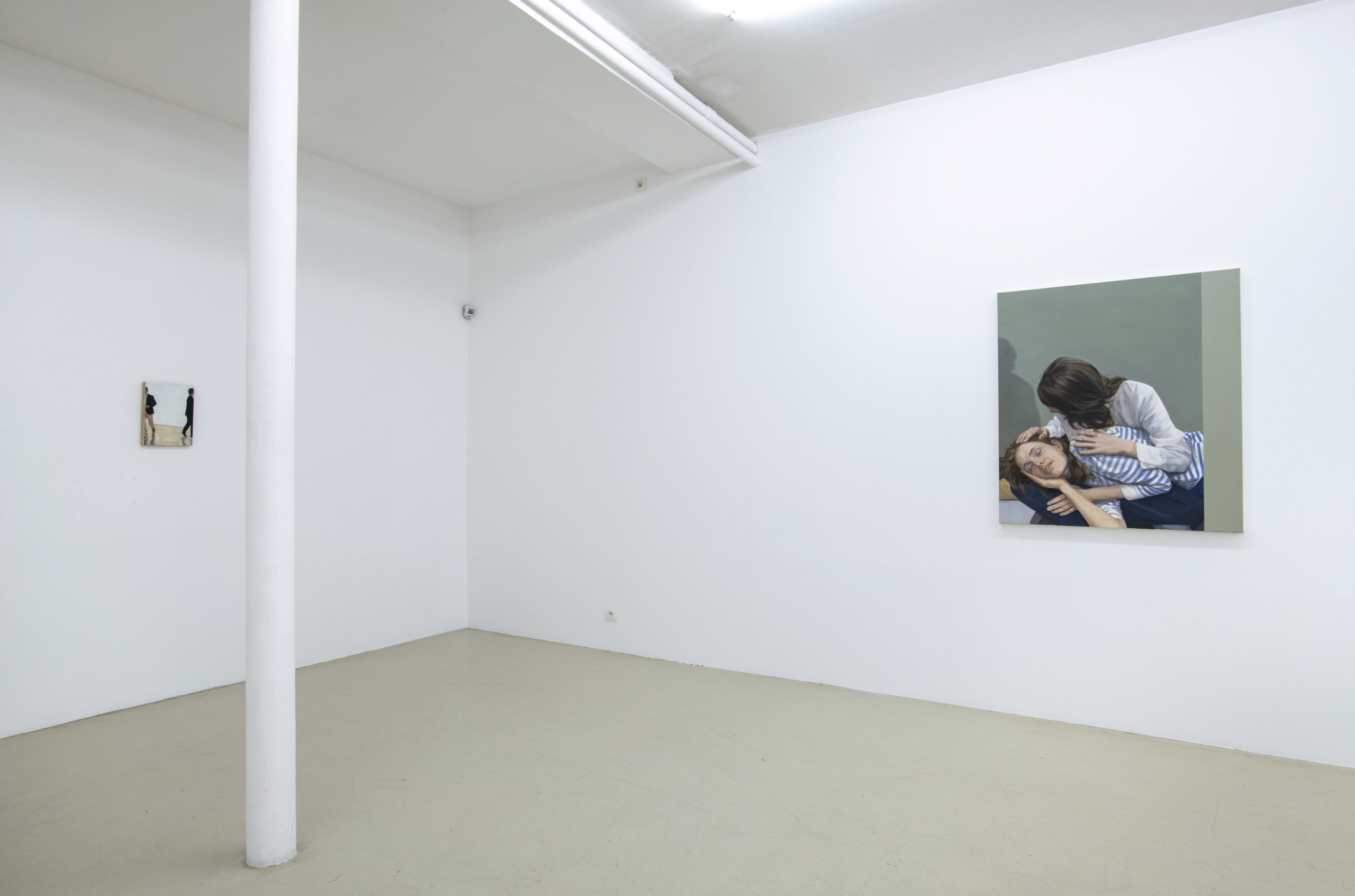 Tim Eitel’s paintings are known for depicting a movement of reality – a figure walking, observing, moving forward – completely stripped of its original context. Straight lines build an architecture, solid colors suggest depth, shadows draw a space. This is a simplicity of composition focuses the viewer’s attention on a moment of introspection. The silhouettes, often represented from behind, silently inhabit these desert and imaginary spaces. However, reality sometimes exceeds fiction: the symbolism of isolation in Tim Eitel’s paintings seems too illustrative of our pandemic solitudes. It is now a question of going beyond this period of communication without body, without face and without presence.

The ten portraits series made from nature is exemplary of this new apprehension of painting as a means of interaction. In the space of two hours, the artist dedicates himself to the task of painting the portrait of a relative or an acquaintance. No preparation, no sketch upstream, nor any retouching downstream: this painting is the raw product of this instantaneousness that leaves no room for reflection or reconstruction. Only the spontaneous interpretation of the artist resides, as an attempt to be as close as possible to the magic of the present.

In this immediate face-to-face encounter, twitches, impatience and tensions are at play, from which the accessory must be separated from the essential. Through this act, which is almost a performance, a new encounter with this familiar face is born. The model as much as the painter submits to the impudent look of the other, who scrutinizes the features, watches the expressions, guesses the feelings. A naked setting or a staging in front of the camera eye which records a moment in the process of unfolding as in the work Équipe de tournage (Shooting Team). Facing the camera, a man gives a speech and holds the attention of his audience, except for one person, whose sidelong glance betrays an external presence. A similar impression is felt in the painting Demi-cercle (Half-cercle), in front of the concerned looks of the characters, their faces turned in our direction. Once absorbed in an uncertain elsewhere, the figures represented in Tim Eitel’s paintings are now animated and active toward a common movement: they interact, embrace, cross each other, put themselves in action together. It is time for interaction and no longer for observation. The viewer is now looked at as to better signify that the painting exists only through the eyes of the other.