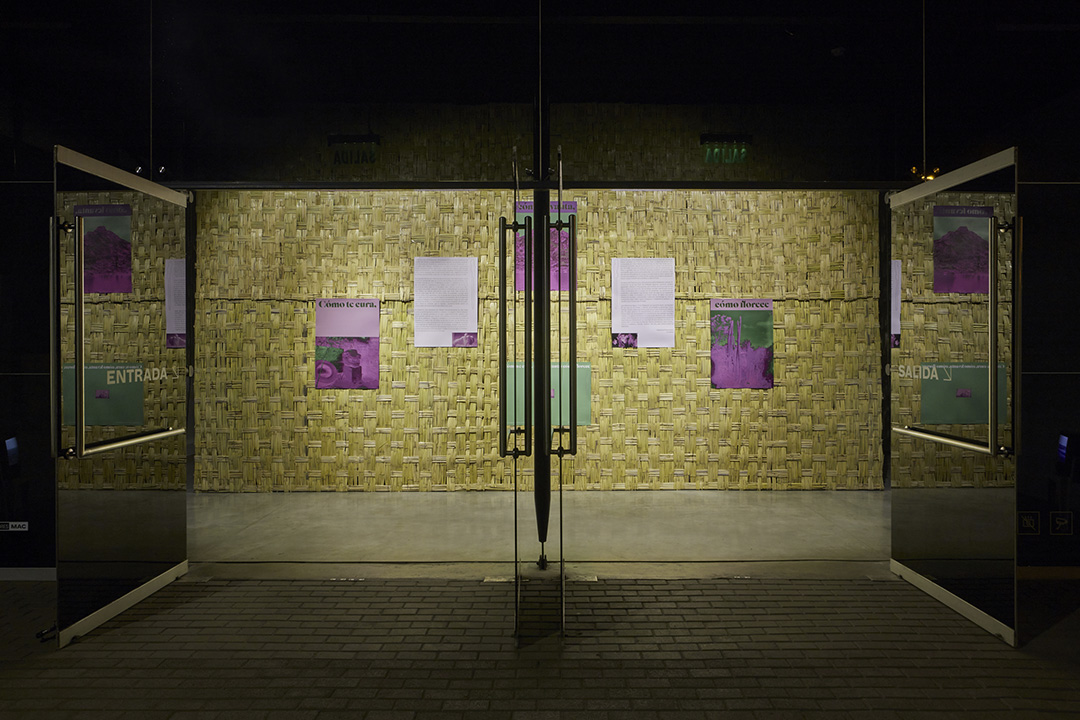 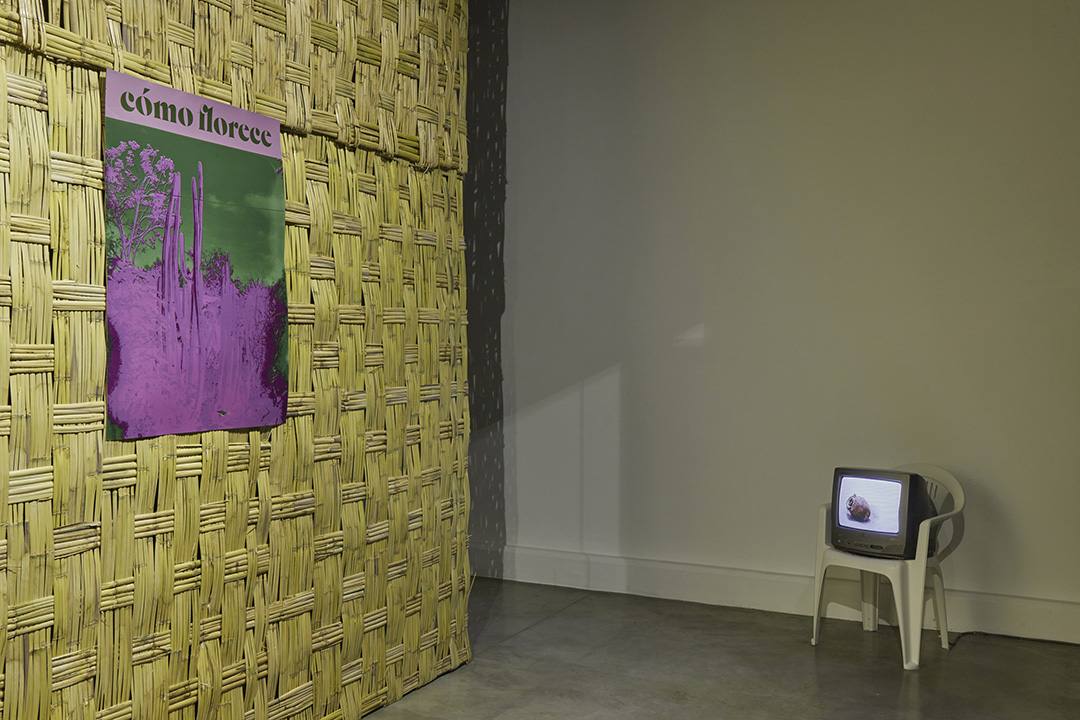 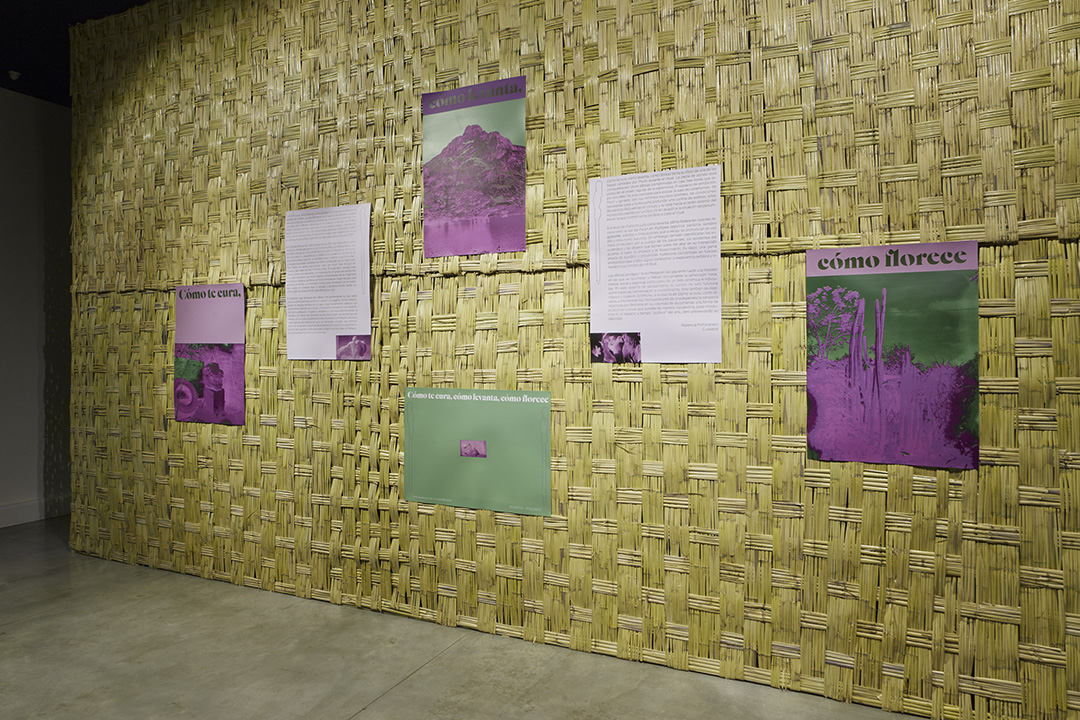 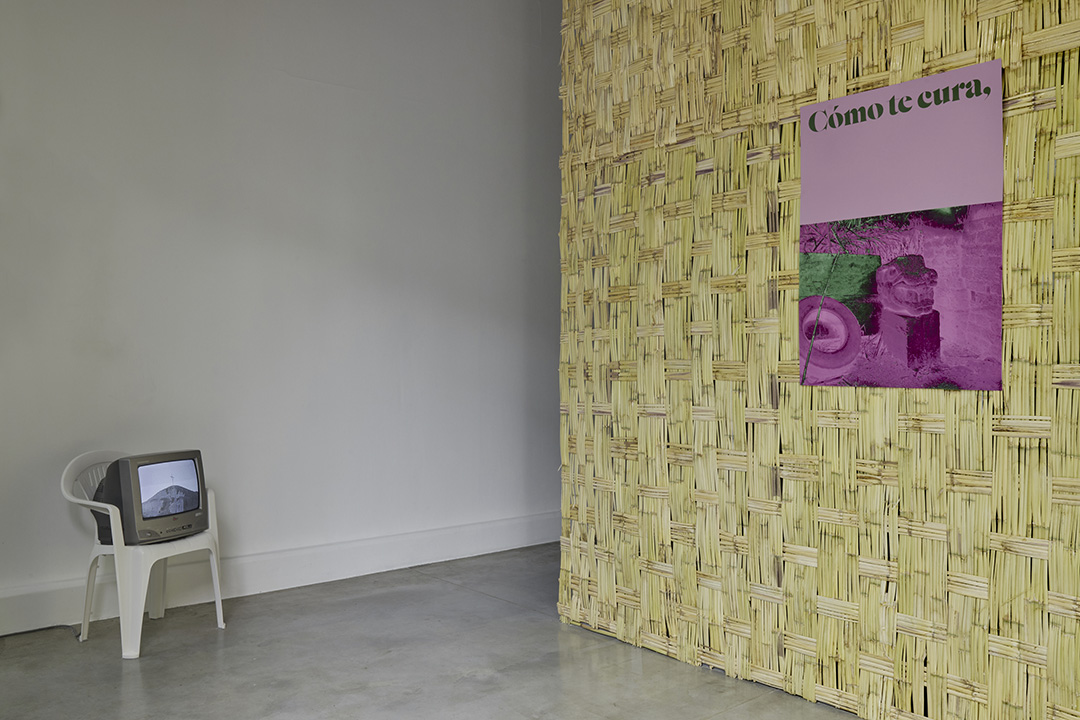 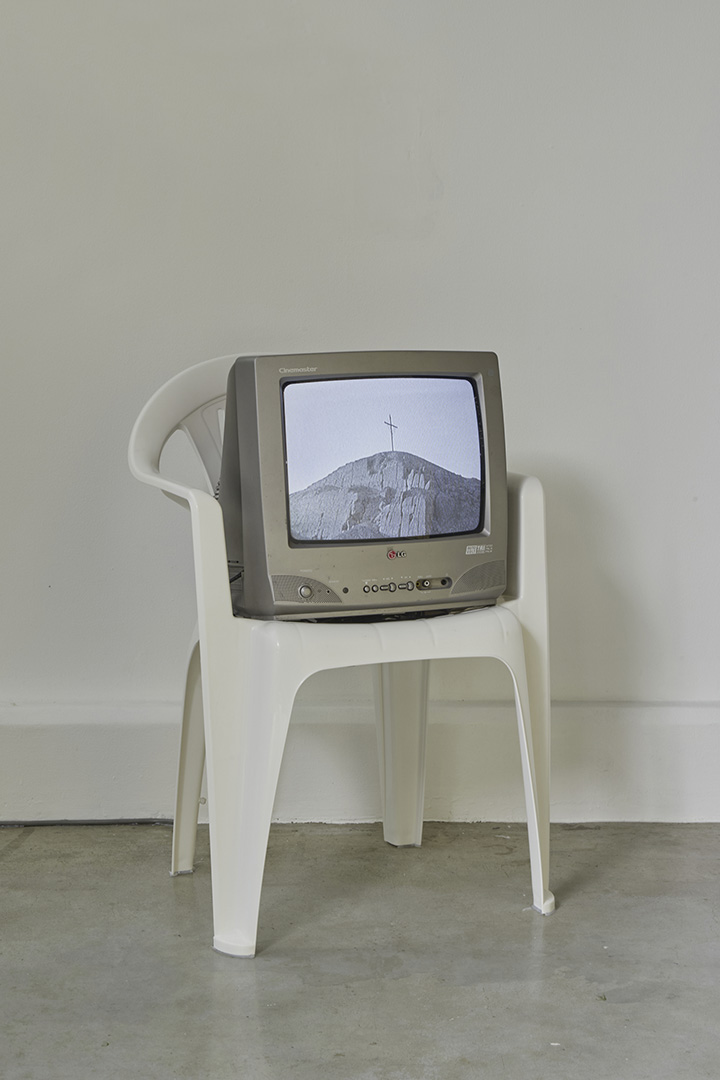 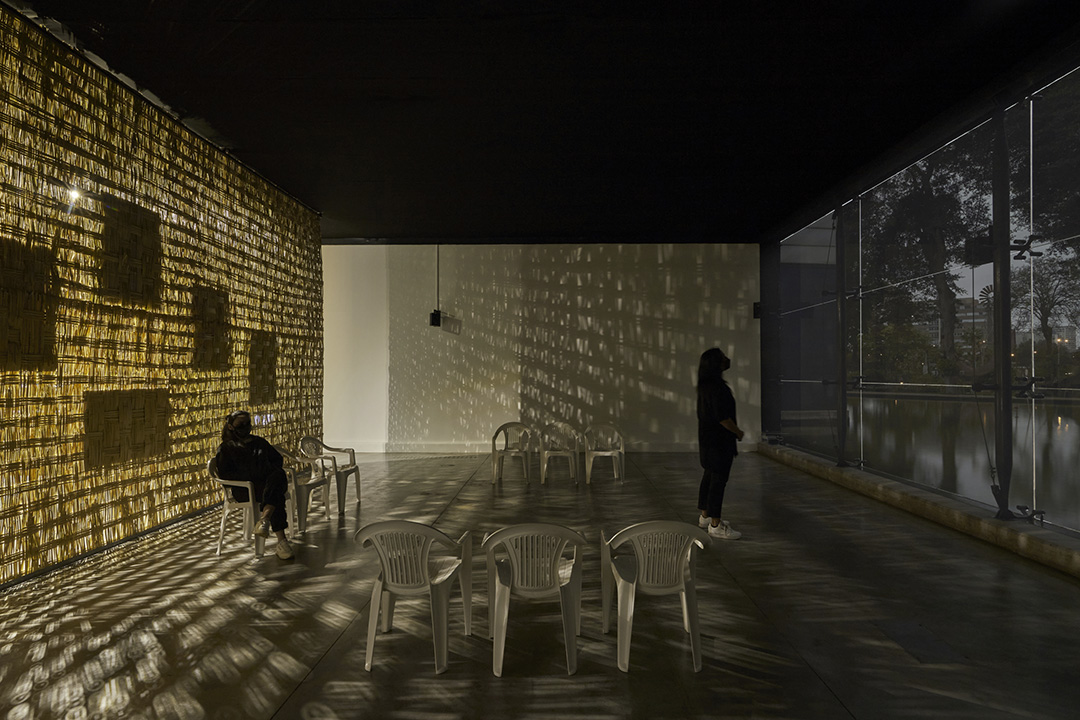 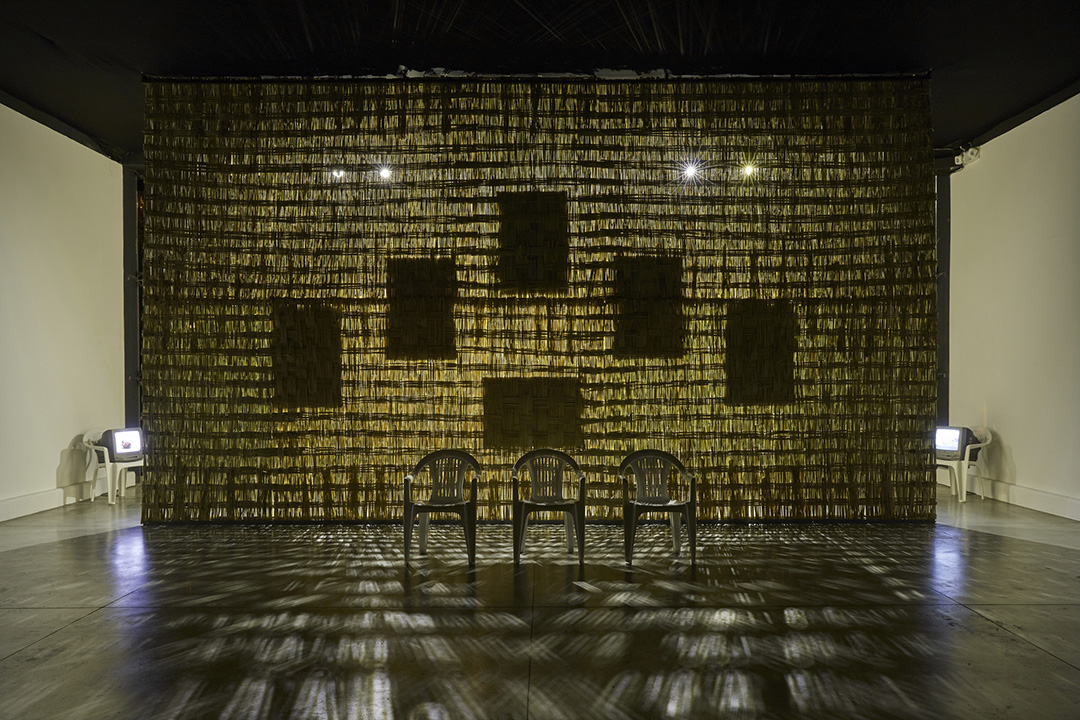 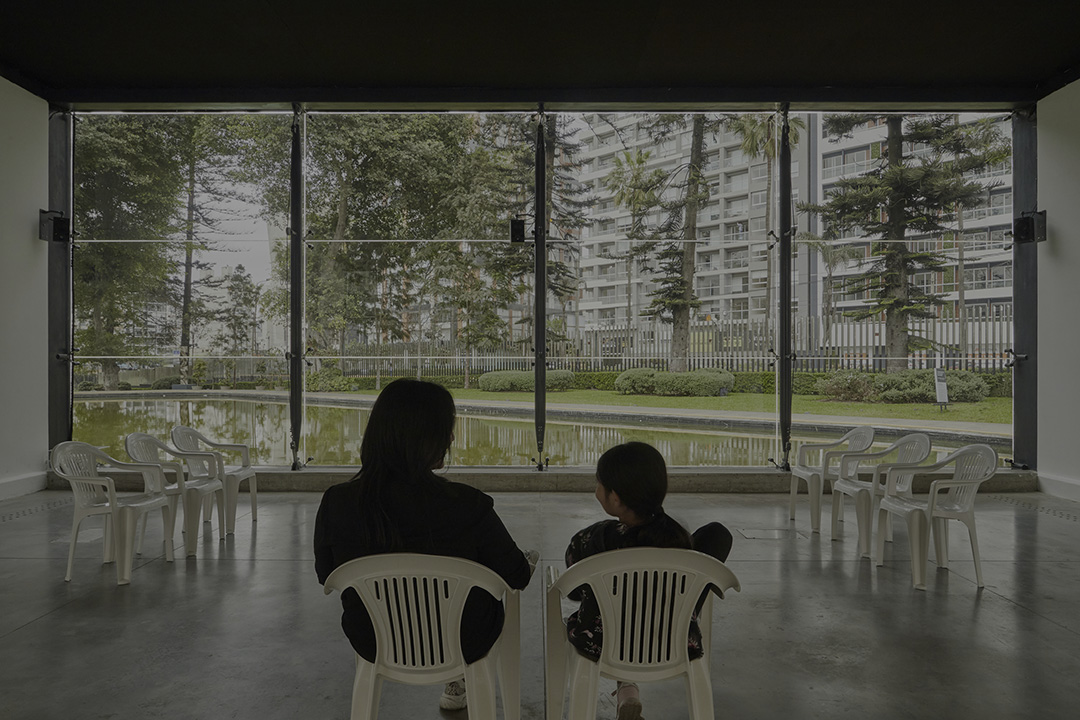 “Cómo te cura, cómo levanta, cómo florece (2021) is a sound installation by artist Louidgi Beltrame that records the audible events that occur during collective healing ceremonies-known as Tables-led by master healer José Levis Picón. The sound piece-which seeks to transpose the space and time of the ritual into the exhibition-has been developed especially for MAC Lima and is the result of a close collaborative relationship between the artist and the healer, who have worked together since 2015.

Although the Tables are just one of the many manifestations of vernacular medicine practiced in contemporary Peru, they are also one of the most stigmatized for their relation to the ingestion of psychedelics and expanded states of consciousness. In fact, the ceremony takes place clandestinely, all night long and in complete darkness, around the trance produced by the ingestion of San Pedro, a psychoactive cactus whose oldest ritual use in our country dates back three thousand years. The healer navigates this trance, together with his patients, with the help of a group of assistants and a syncretic altar that gathers objects from Christian and indigenous imagery. The Table culminates at dawn, after each patient has had a moment alone to converse with the healer about the ailment that afflicts them and then receive a final flowering bath that strengthens their cure.

The dualism that runs through the Tables has often been read as a confrontation between the Christian and the pagan. Such an interpretation is not strange in a largely Catholic country with a colonial history that included a violent conversion to Christianity of the indigenous population and established an equivalence between idolatry and the native. However, the reality is that -today- the Mesas are a paradigmatic case of syncretism and integrate a heterogeneous series of traditions that, nevertheless, give centrality to the spiritual dimension of human existence: Catholicism, faith in huacas and other ancestral indigenous deities, herbalism, spiritism and even new age.

Cómo te cura, cómo te levanta, cómo florece takes its title from one of the phrases sung by Picón during the ritual. The sound piece is composed of twelve Tables compressed into almost three hours that reproduce the regular order of the ceremony. The exhibition space, on the other hand, has been designed to evoke Picón’s ceremonial room and to generate the necessary conditions for deep listening with the minimum possible resources: a curtain of mats, plastic chairs arranged in a circle and the view of the museum’s outdoor garden obscured by a UV filter in allusion to the penumbra situation in which the ritual is normally carried out.

Throughout Cómo te cura, cómo levanta, cómo florece listeners will recognize Picón’s voice in multiple registers: chants, guttural sounds, whistles and invocations that are sometimes pronounced aloud and sometimes as whispers. However, they will also identify the sounds produced by the bodies of the patients, the healer’s assistants and the objects that form part of the altar in their interaction during the dance, the cleansing and the flowering. In other words, a wide range of bodies and material presences converted into energetic forces that together manage to transpose the ecstatic and synaesthetic experience provoked by the ritual.

The Tables pursue the patient’s reintegration into a reality in which the physical, mental, social and spiritual dimensions are fully recognized and honored as part of a dynamic and indivisible whole. In this system of thought, sound functions not only as a means of communication and knowledge, but also of diagnosis and healing. Thus, listening to Cómo te cura, cómo levanta, cómo florece makes us participants in a healing experience recorded by Beltrame in his desire to document a form of cultural production that occurs clandestinely, to introduce it into the “public” space and time of art, while preserving its opacity.”