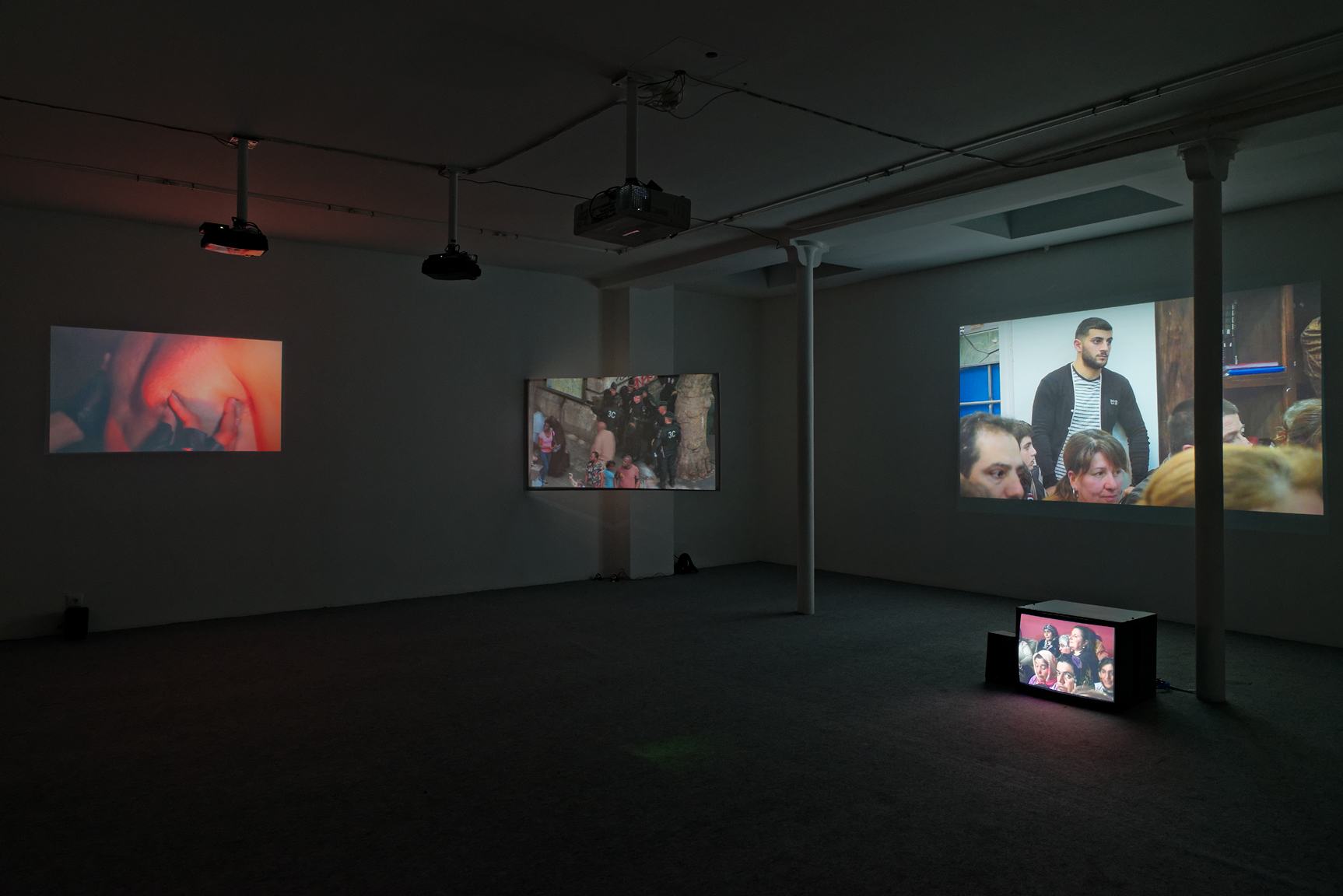 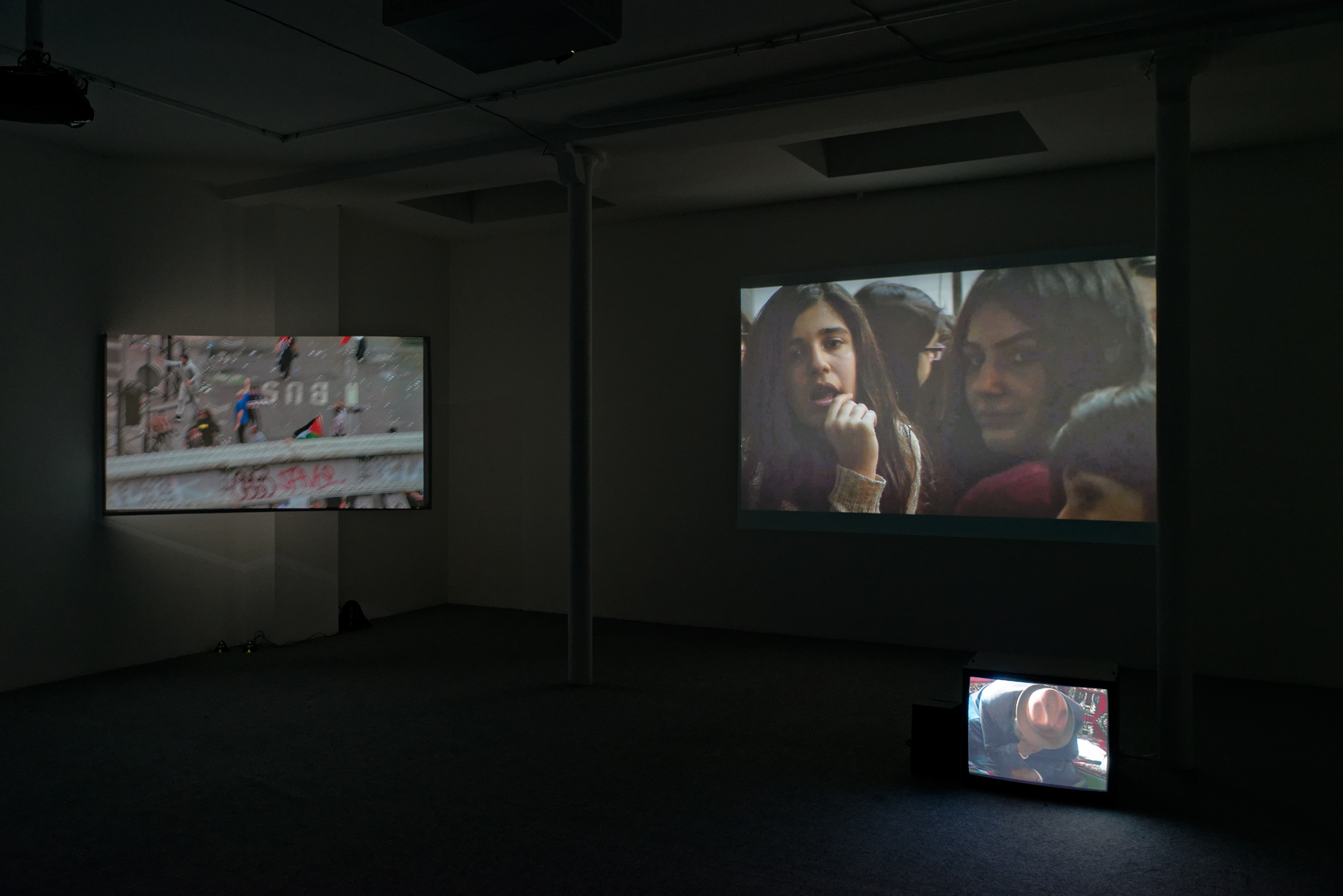 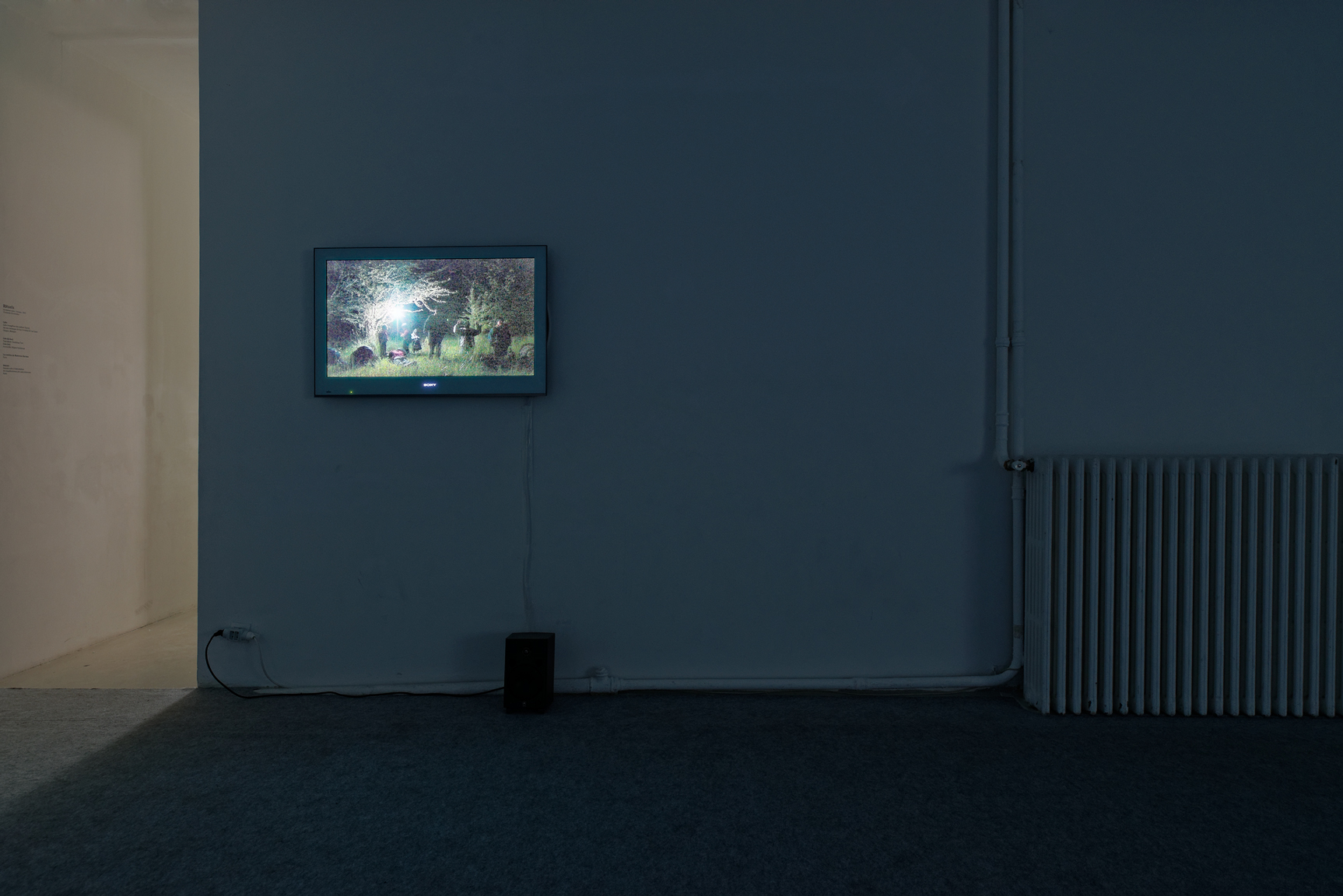 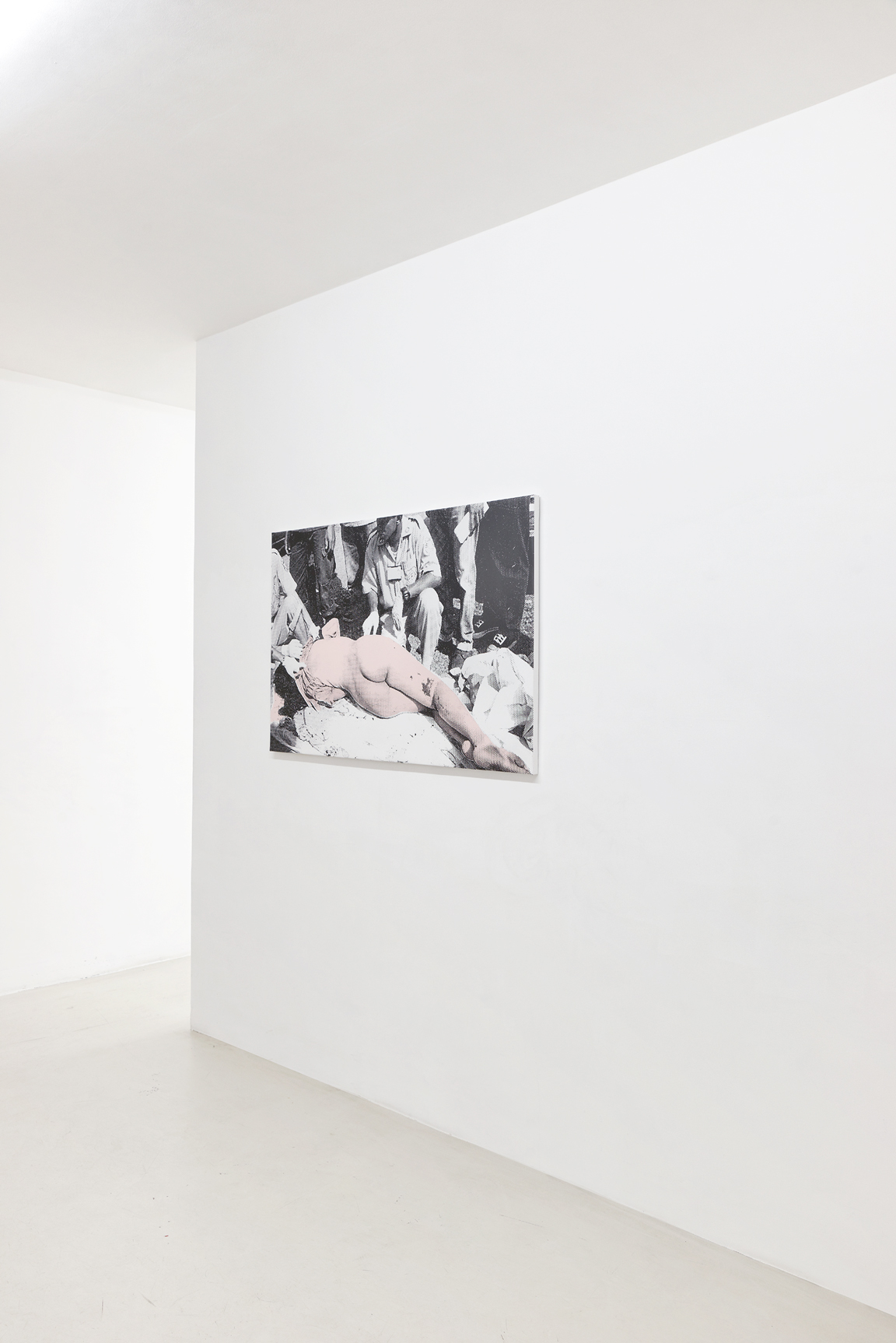 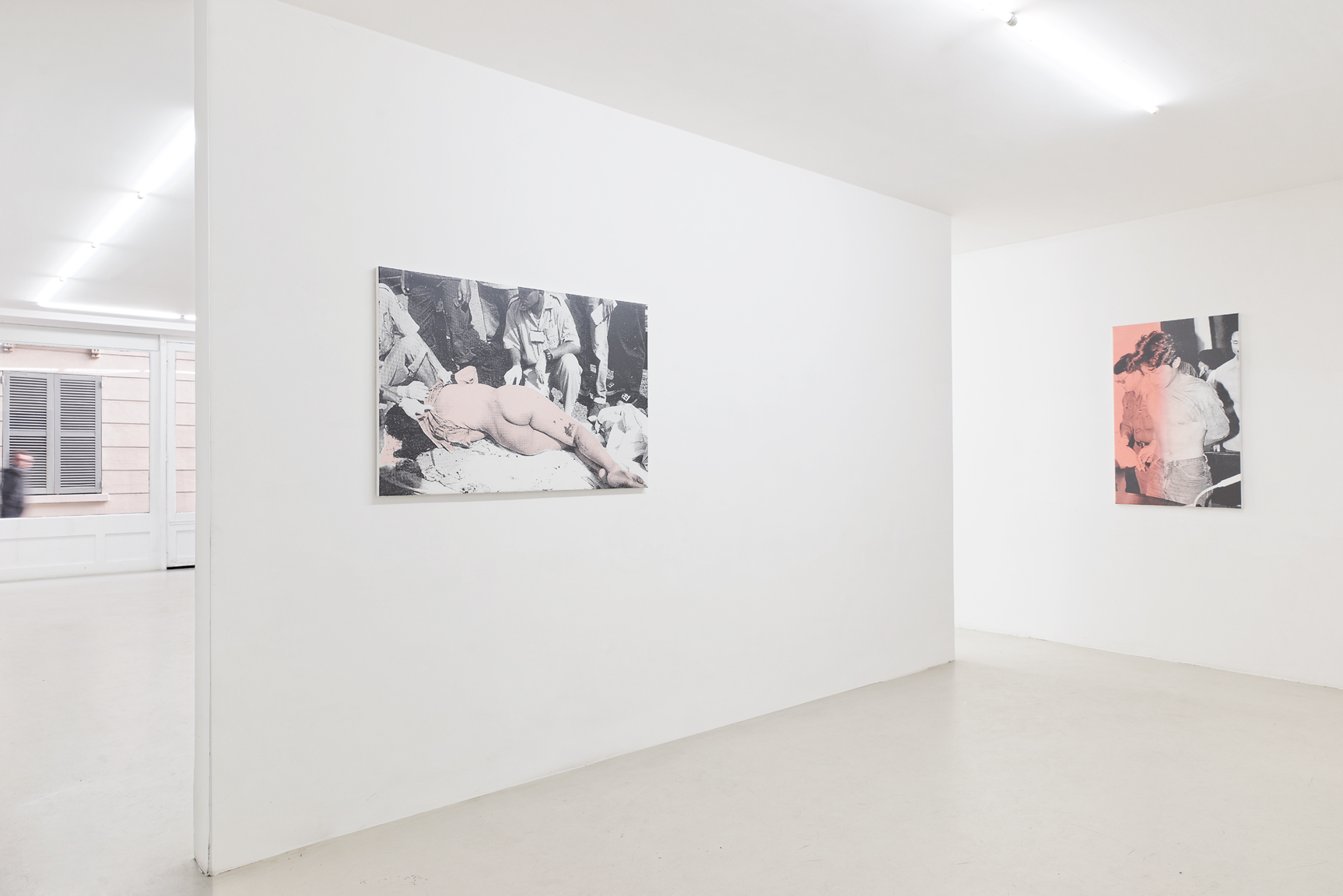 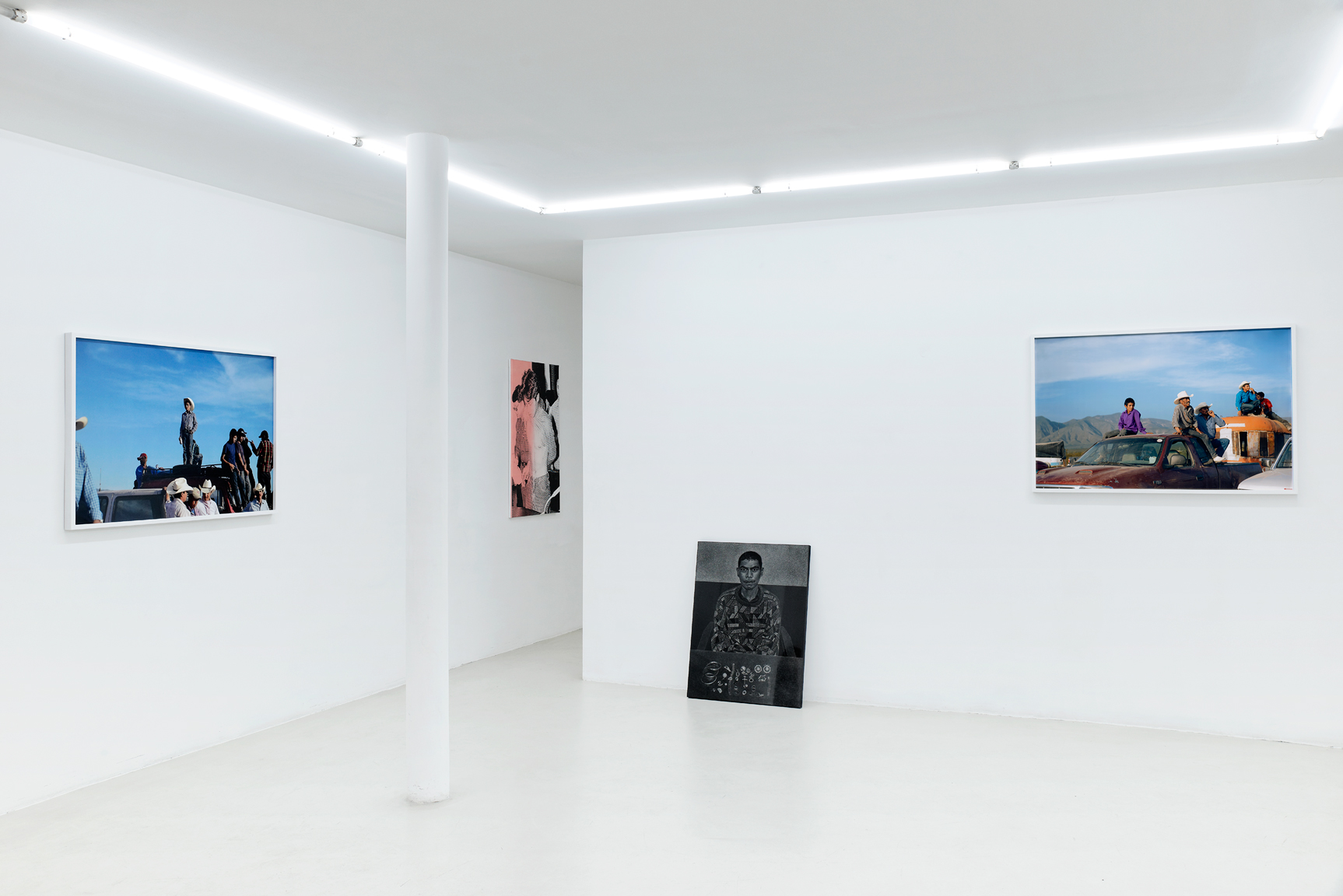 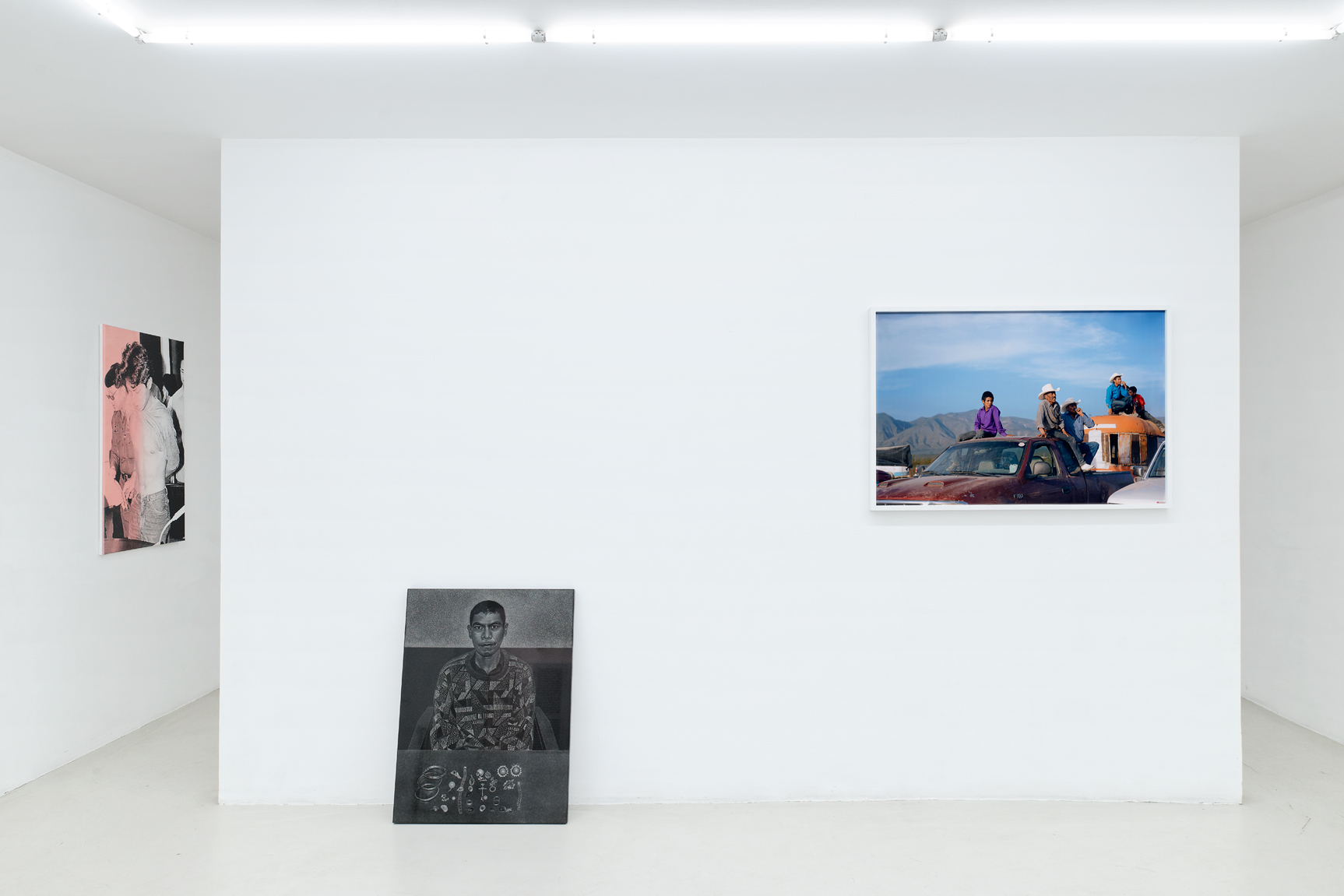 In the exhibition STAGINGS, Clarisse Hahn portrays the manifold lives of rituals today – the ritual as a spectacle, as an experience or as a refuge, whether in a religious or a secular context. Once considered to be the rudimentary organ of social conservatism, rituals have been examined by artists as arenas of social practice or “social choreography” inherent to modernity. This is the dimension Clarisse Hahn explores.
In her work, the ritual becomes a lens through which the making of boundaries and “forms of togetherness” come into view. Filming a Cem ceremony in Turkish Kurdistan, her camera follows the collective rhythmic movement of bodies, singing and dancing, keeping the rules of repetition or falling into a trance.
Body language, gestures of complicity and rivalry build the focus of the on-going series “Boyzone”, in which the artist analyses rituals of masculinity. For the new chapter on view in the exhibition (Boyzone – Rancheros, 2015), Hahn filmed and photographed men living in the sacred desert of Wirikuta in Mexico. In Paris, the artist observed fetishist S&M practices, which used to be considered radically minoritarian but are democratizing today. In all of these extremely diverse geographies and situations, her camera portrays the “esprit du corps” consolidating a sense of community, or “communitas”, (Victor Turner) as a ritualistic “anti-structure”. Juxtaposing archetypal forms and sets of expression of diverse ritualistic behaviours, Clarisse Hahn reflects on their global circulation today.
In her new series Mises en Scènes, the artist explores a related question – global production, appropriation and circulation of iconic iconographic forms in the sensationalistic media.
A photograph of a young delinquent taken from a Thai newspaper has a striking similarity to Caravaggio’s’ “The Calling of St Matthew”, while a dead body of a woman on a public square in Thailand has all attributes of a classical odalisque. The global economy of attention requires an eroticization of violence, which leads to the emergence of this forbidding hybrid iconography. Some of the images of these series are – literally – carved in stone. Hahn worked with a traditional Armenian stone- carving technique, creating monumentality and duration in our youtubing and facebooking present, characterized both by the over-abundance of images, and, paradoxically, by their invisibility.
Todays media rituals, including “rituals of communication”, have long been conceptualized in terms of “community”, constantly evoking “sharing”, “following”, and “participation”. Producing and sharing images has become the most ubiquitous ritual today, which created a “huge semiconscious mess of imagery” (Hito Steyerl),
a “dark matter” constantly evolving online. What resolutely lacks in the mediatic
“rituals of communication” is the collective body-space, coordinated rhythmic movement, or “keeping in time”, and the exhibition of Clarisse Hahn reflects on this absence. Think- ing through the ritual as a hybrid form, and looking into diverse ecologies of life, the artist seeks to understand how our relation to todays “digital modernity” entails an endless processes of assimilation, re-appropriation, and ritualization.