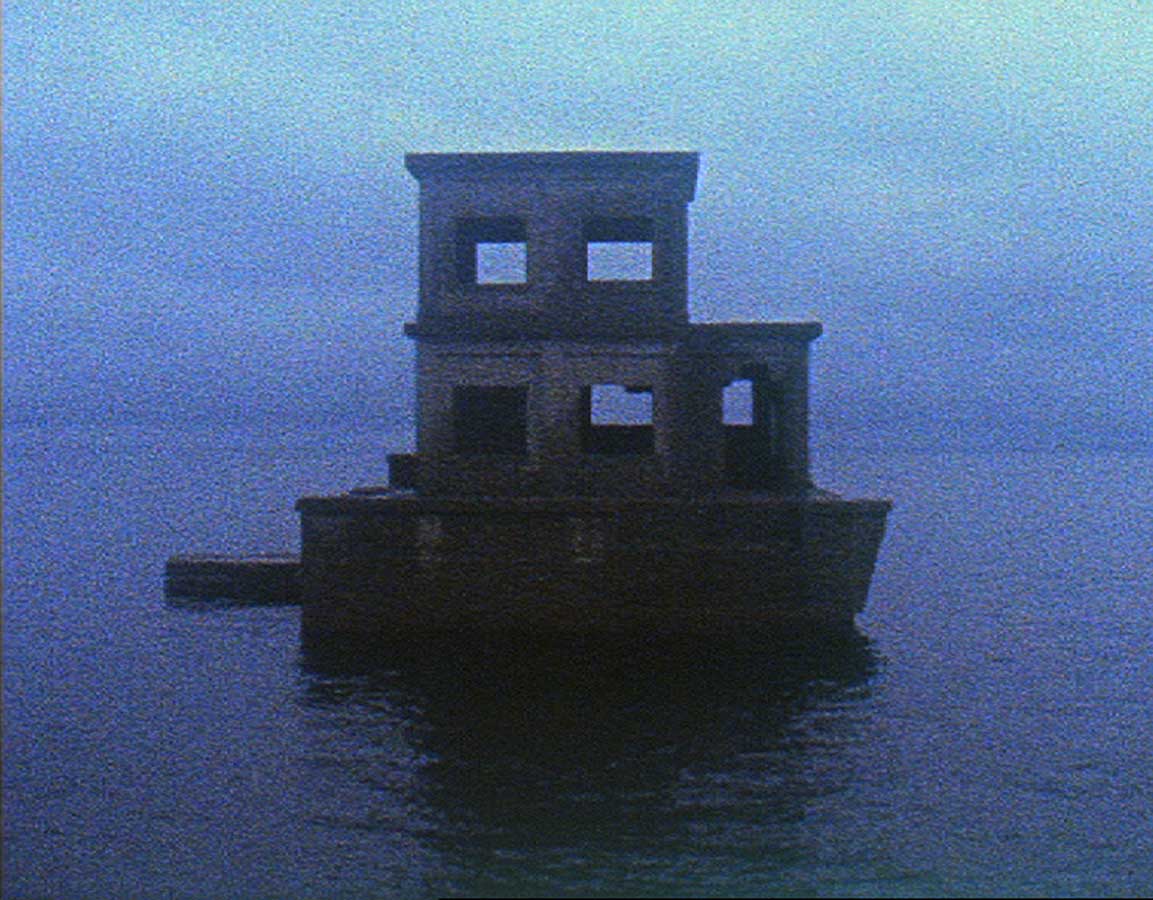 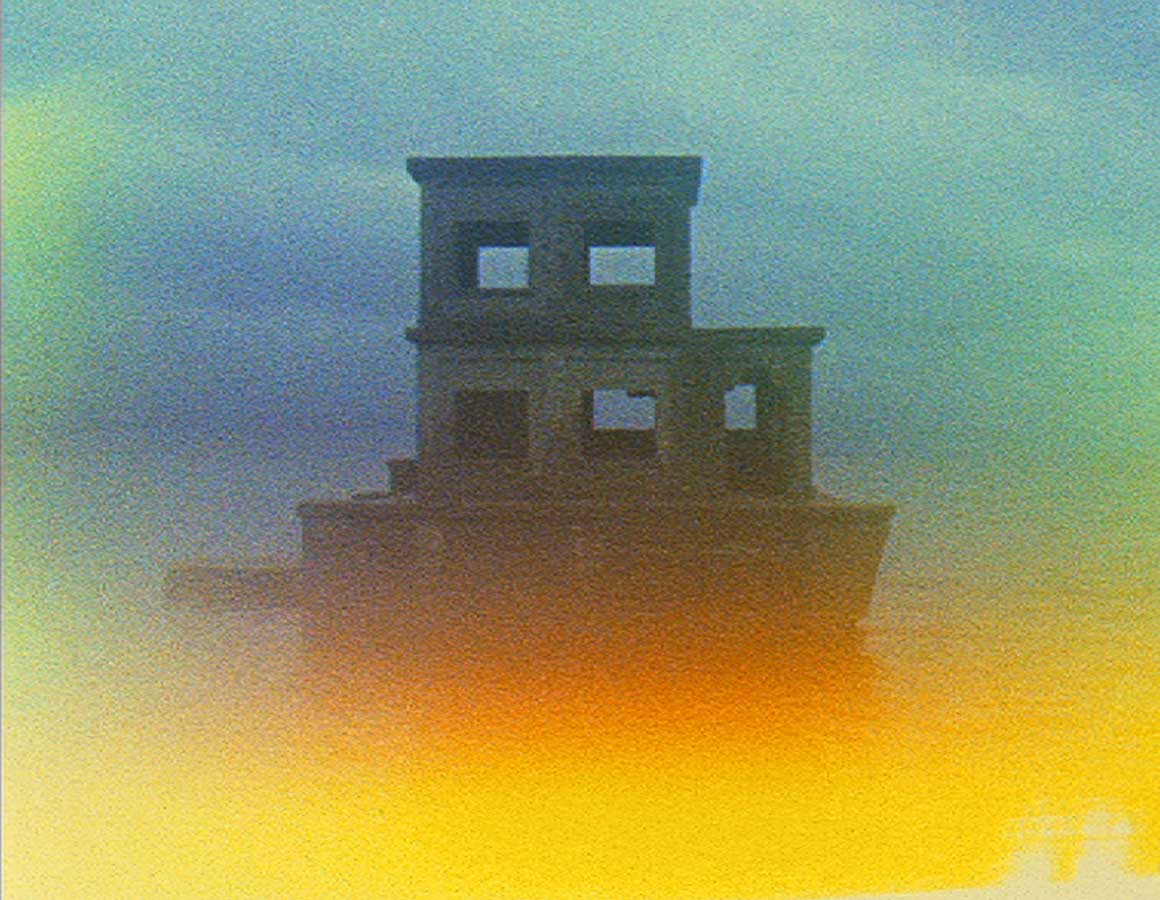 This film is a static shot of the lookout of an experimental military base abandoned in the interior sea of Seito in Japan. The aforementioned base was at the end of the World War II a training camp for the Japanese submarine kamikazes. This frontal shot, of the duration of a roll of Super 8 film, isolates this minimal concrete architecture filmed at dawn.