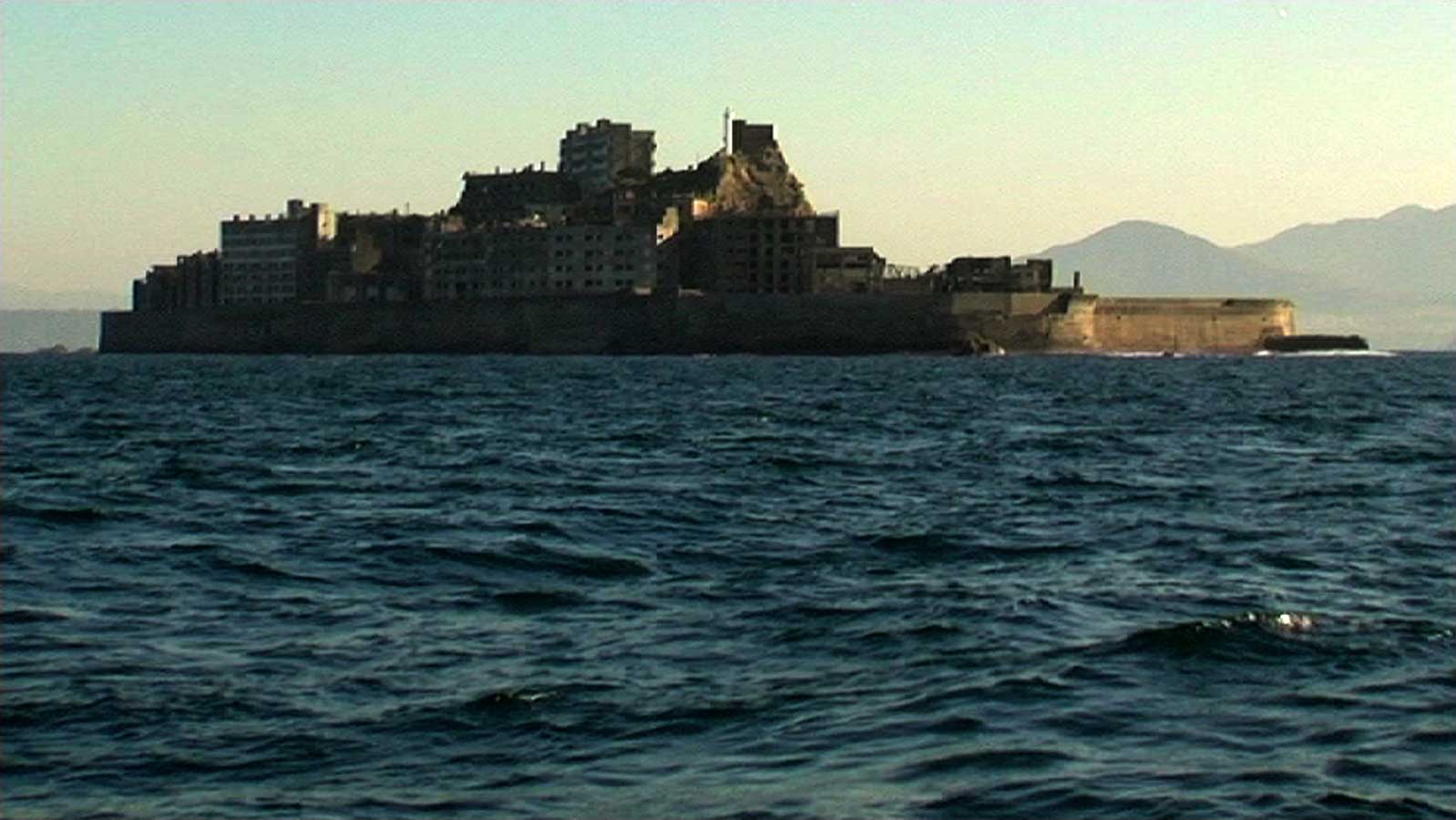 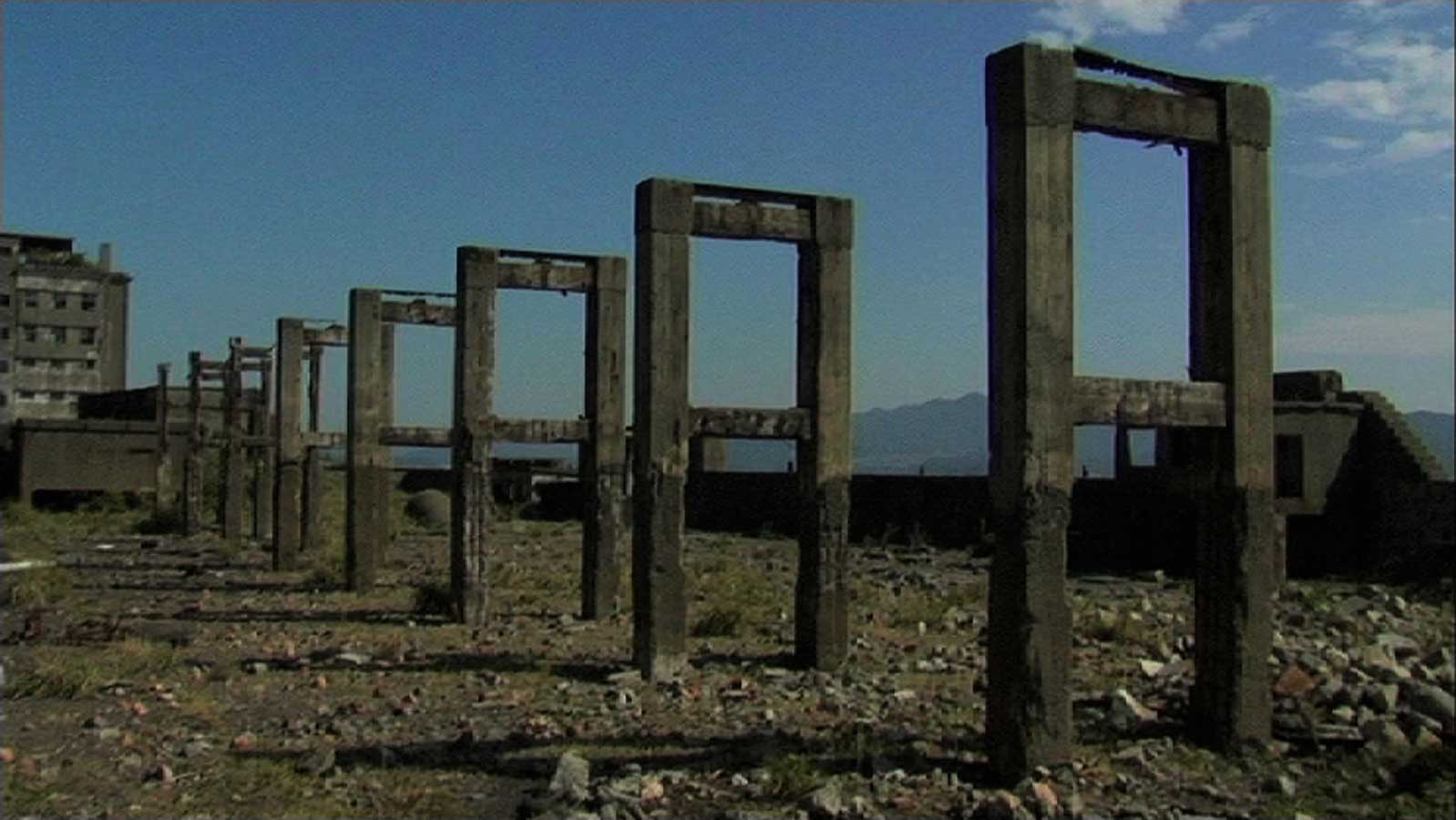 The deserted island of Gunkanjima (Battleship Island) condense Japan’s race towards modernity and its organised and willing entry into the industrial era during the Meiji Restoration. This islet, 480m long and 160m wide, surrounded by walls and covered in reinforced concrete blocks, used to be just a desolate reef off the coast of Nagasaki, until Mitsubishi decided to exploit its layers of coal in 1890. The company abandoned suddenly the mining colony in 1974. Object of an unplanned, extreme, vertical urban experiment, today the islet brings together the archeological remains of Japanese modern architecture. Those empty shells, filmed as monumental sculptures, are nevertheless inhabited by layered narratives – those of the conditions of production on the island, the ideologies which motivated these construction works and the stories of the men whom have built and exploited them.