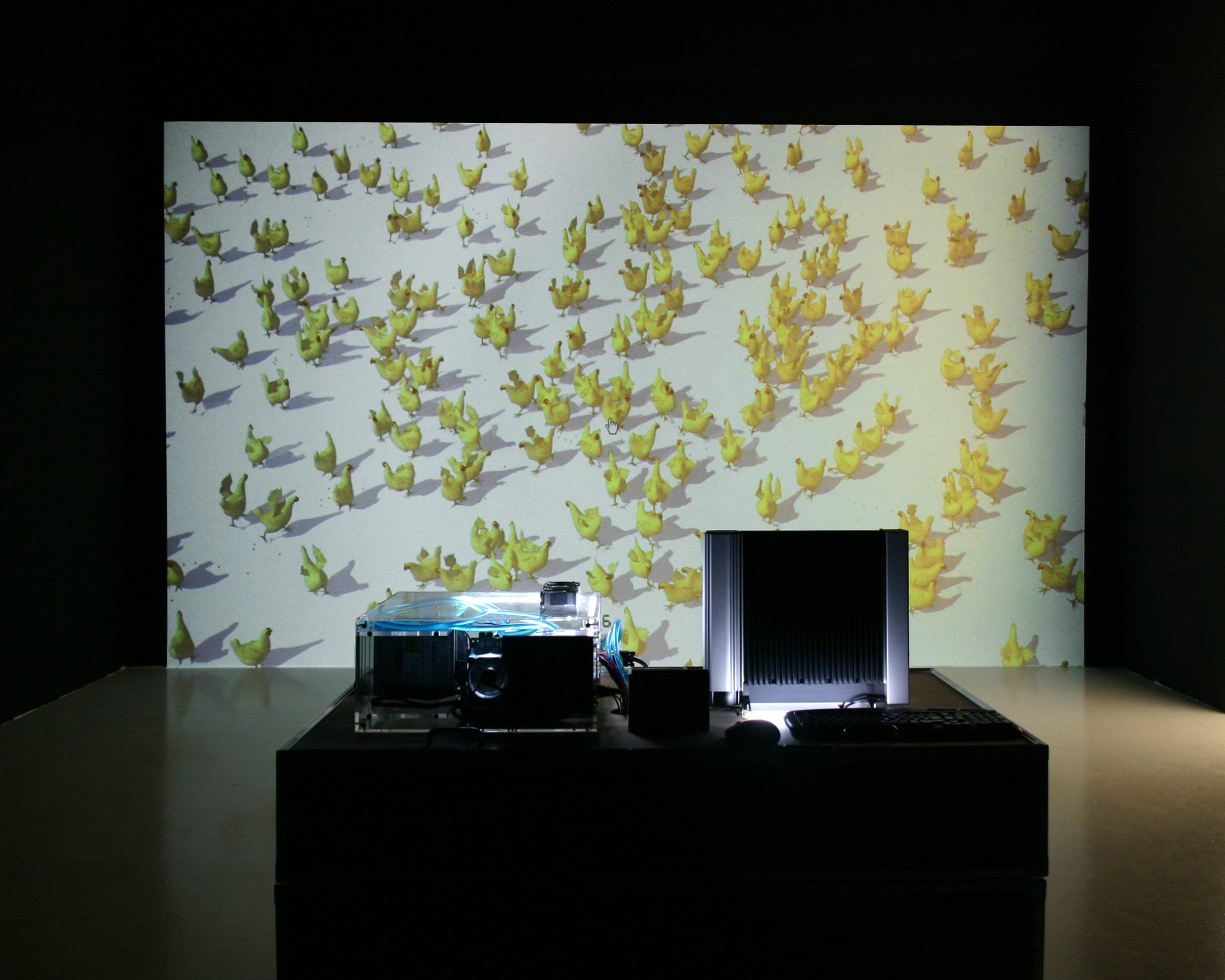 Martin Le Chevallier is invited to participate in an exhibition in a “rural art center”* with Kolkoz, an artistic duo. The latter are showing a super powerful computer. 85 In response, Martin Le Chevallier designs “combat software” to defeat the fearsome machine.The match between his software, which generates innumerable 3D chickens, and the Kolkoz computer takes place on March 15, 2007 and ends in defeat for his chickens. A return match is held on October 7 of the same year, but once again the poultry prove incapable of vanquishing the machine.