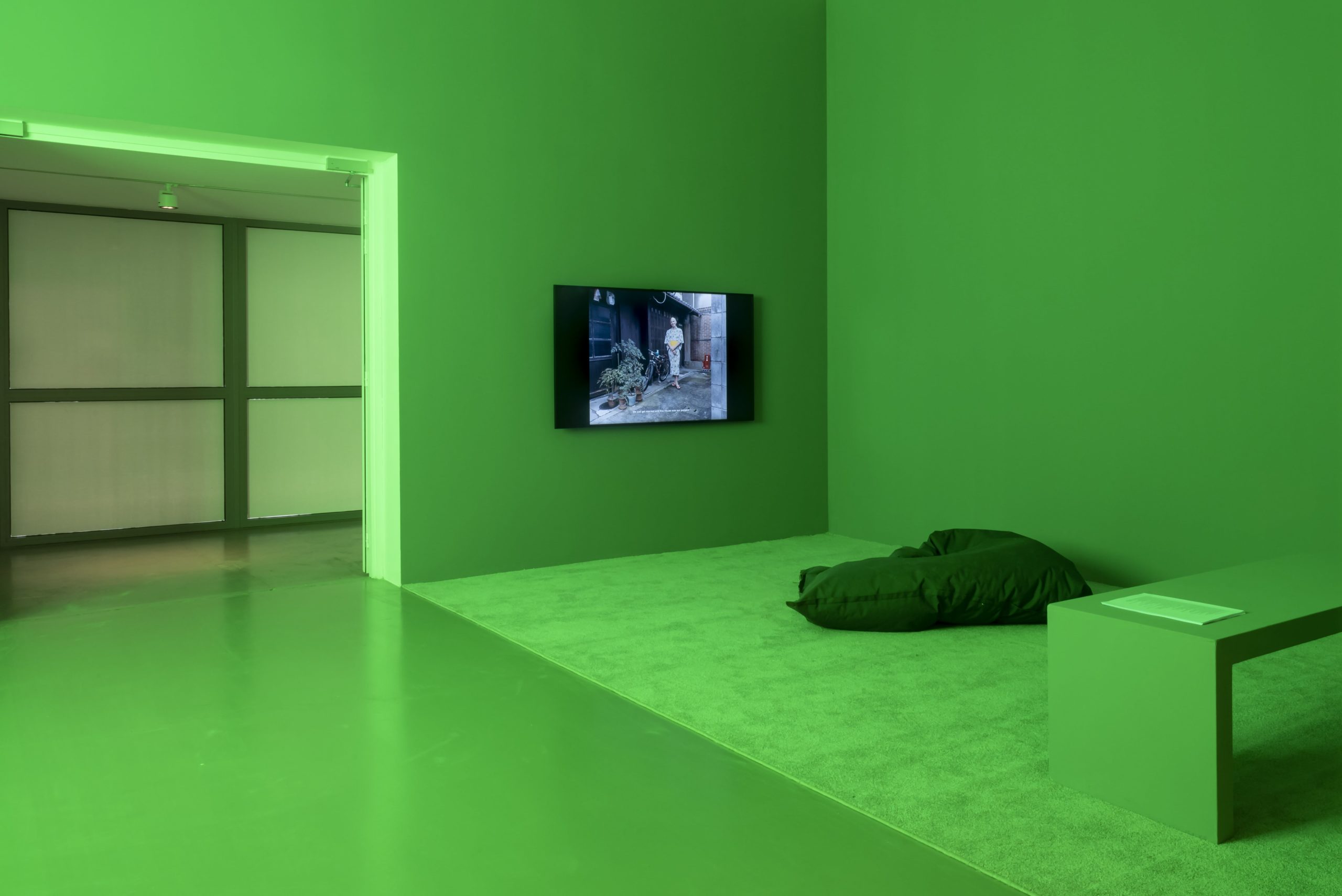 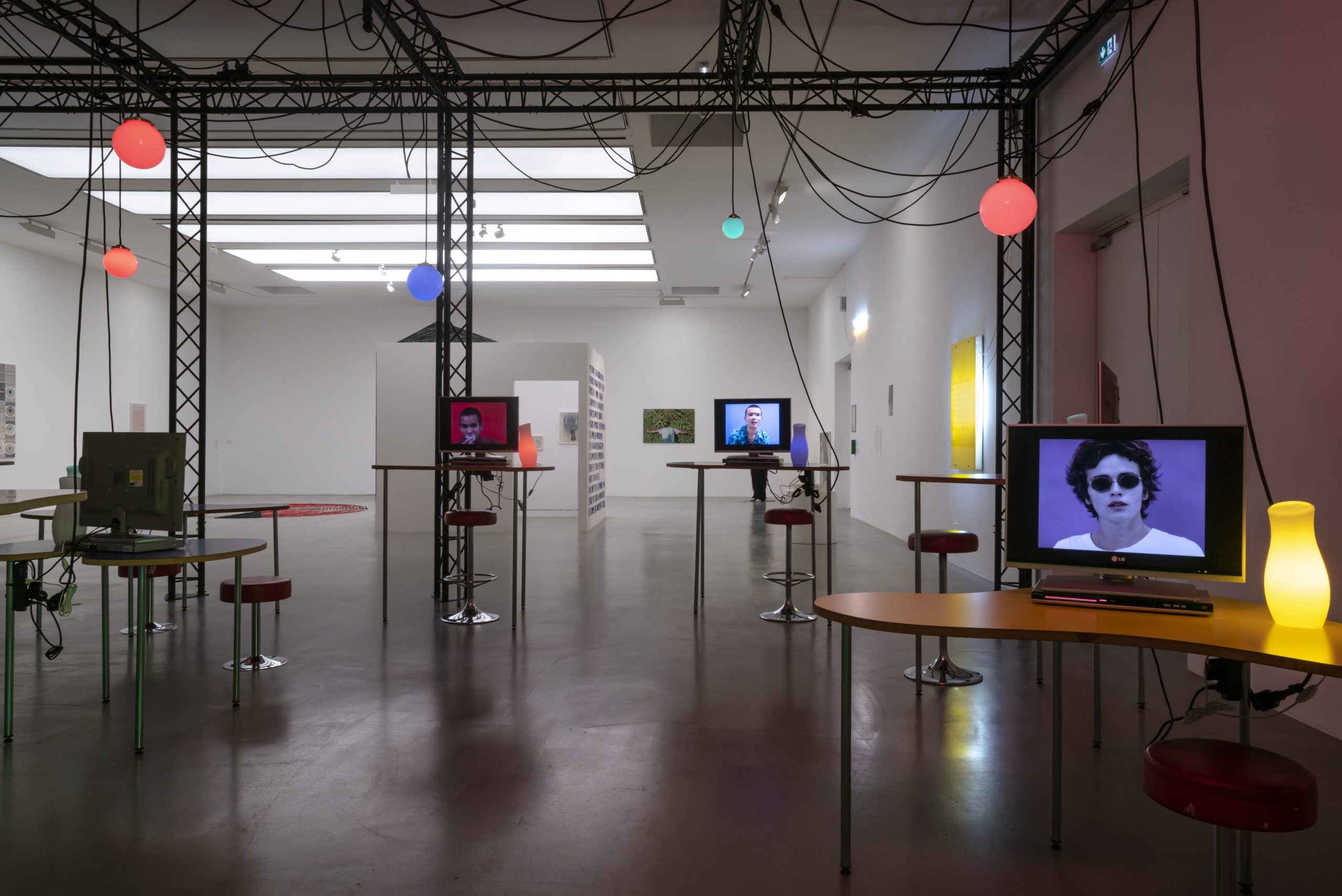 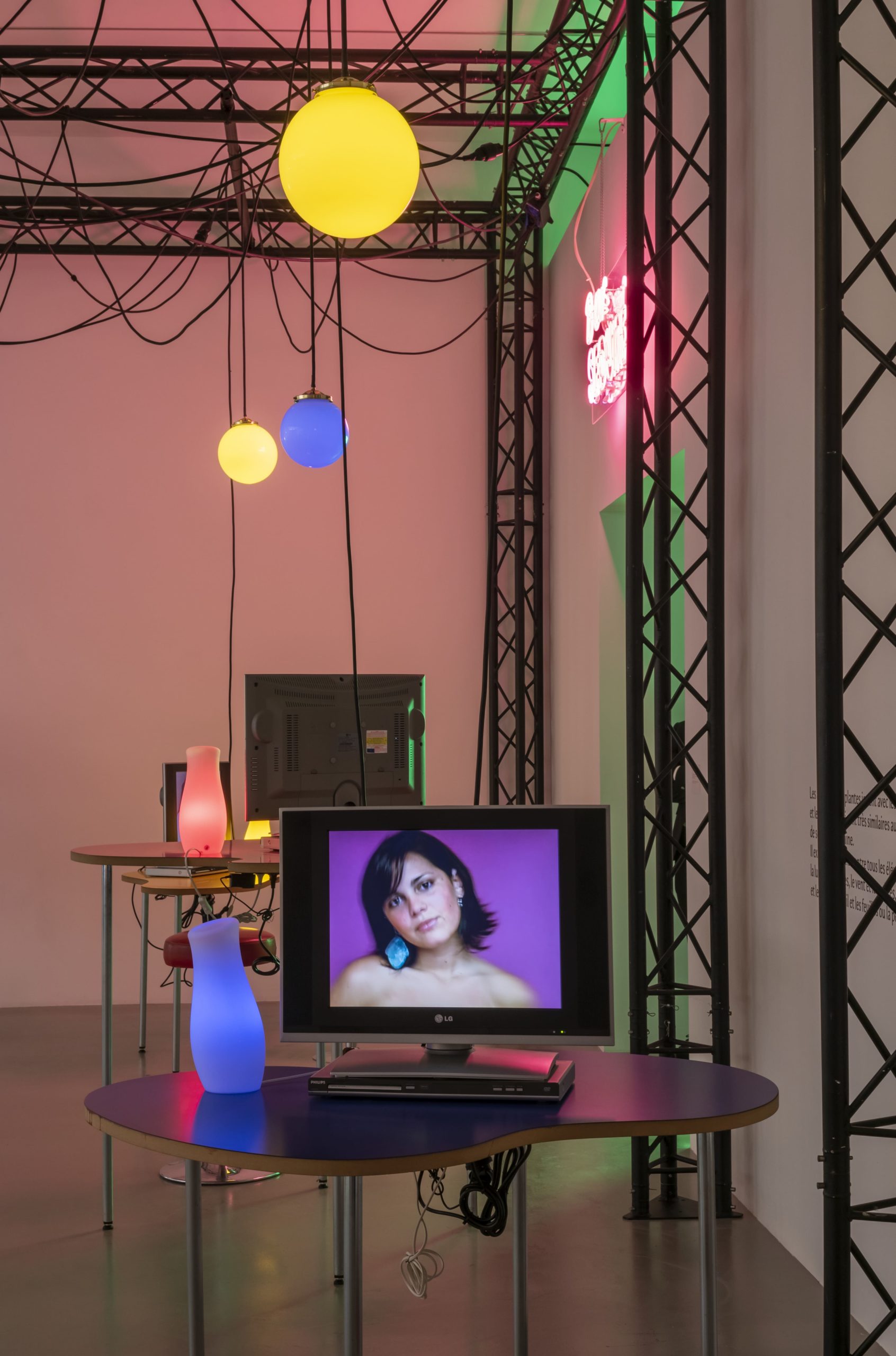 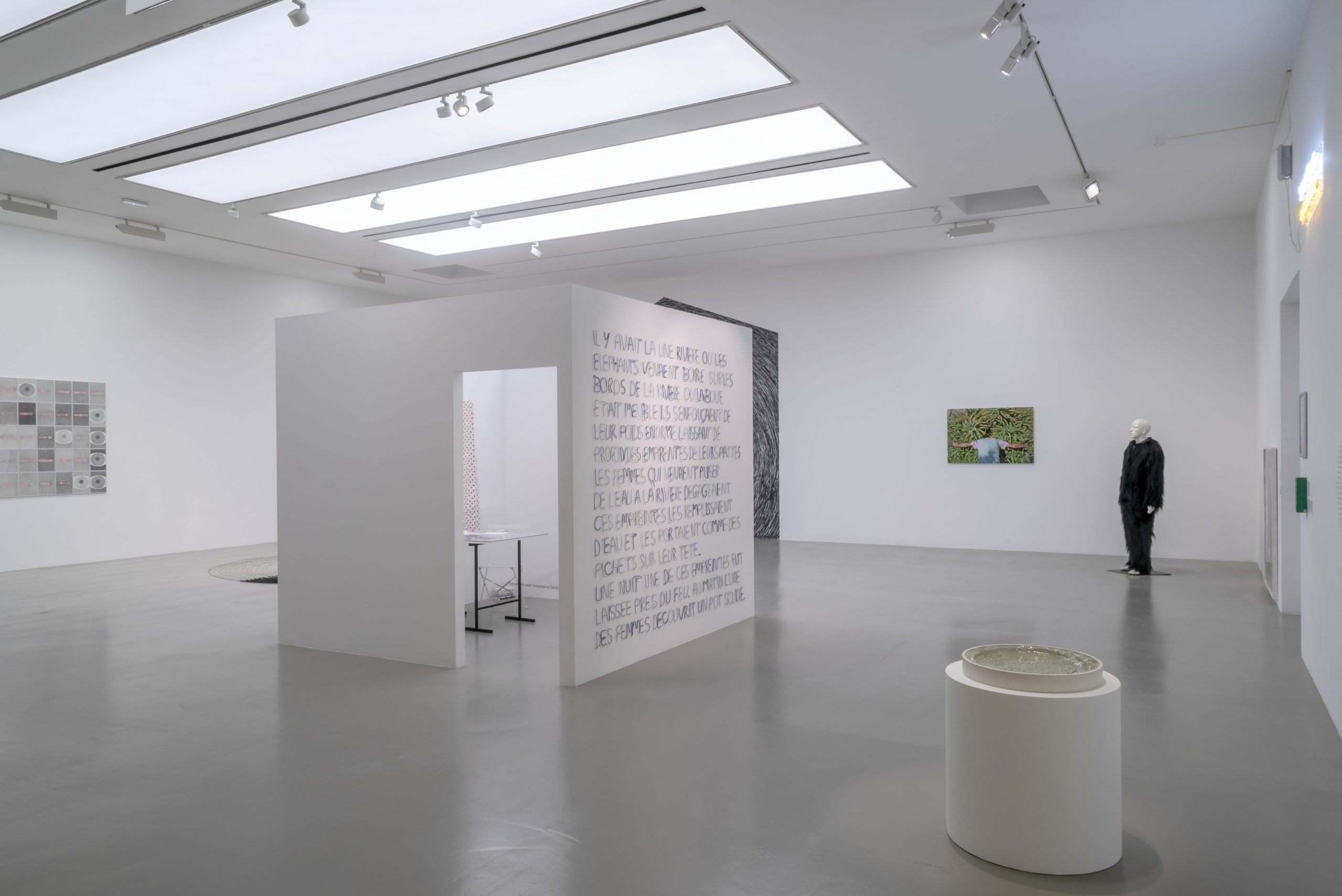 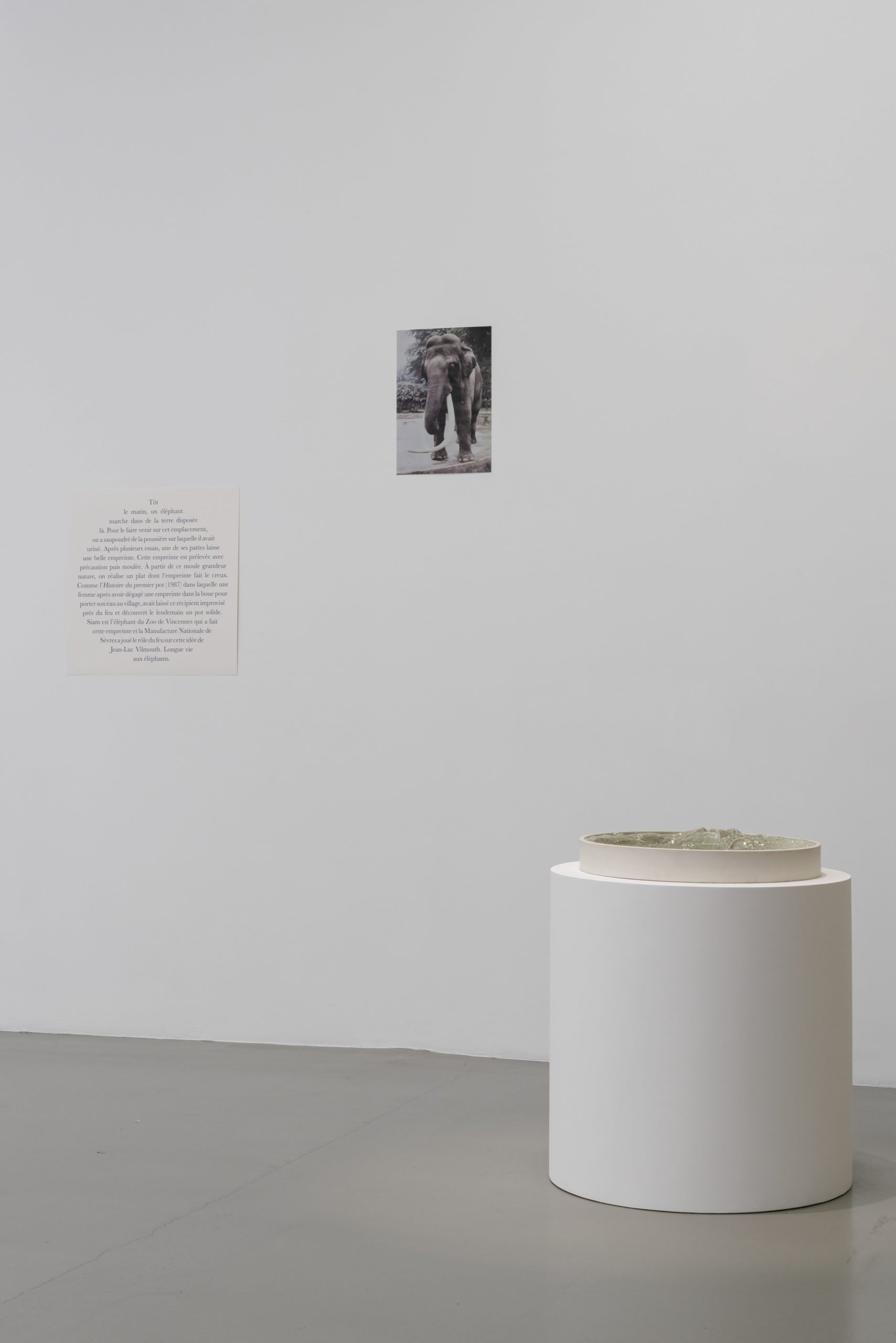 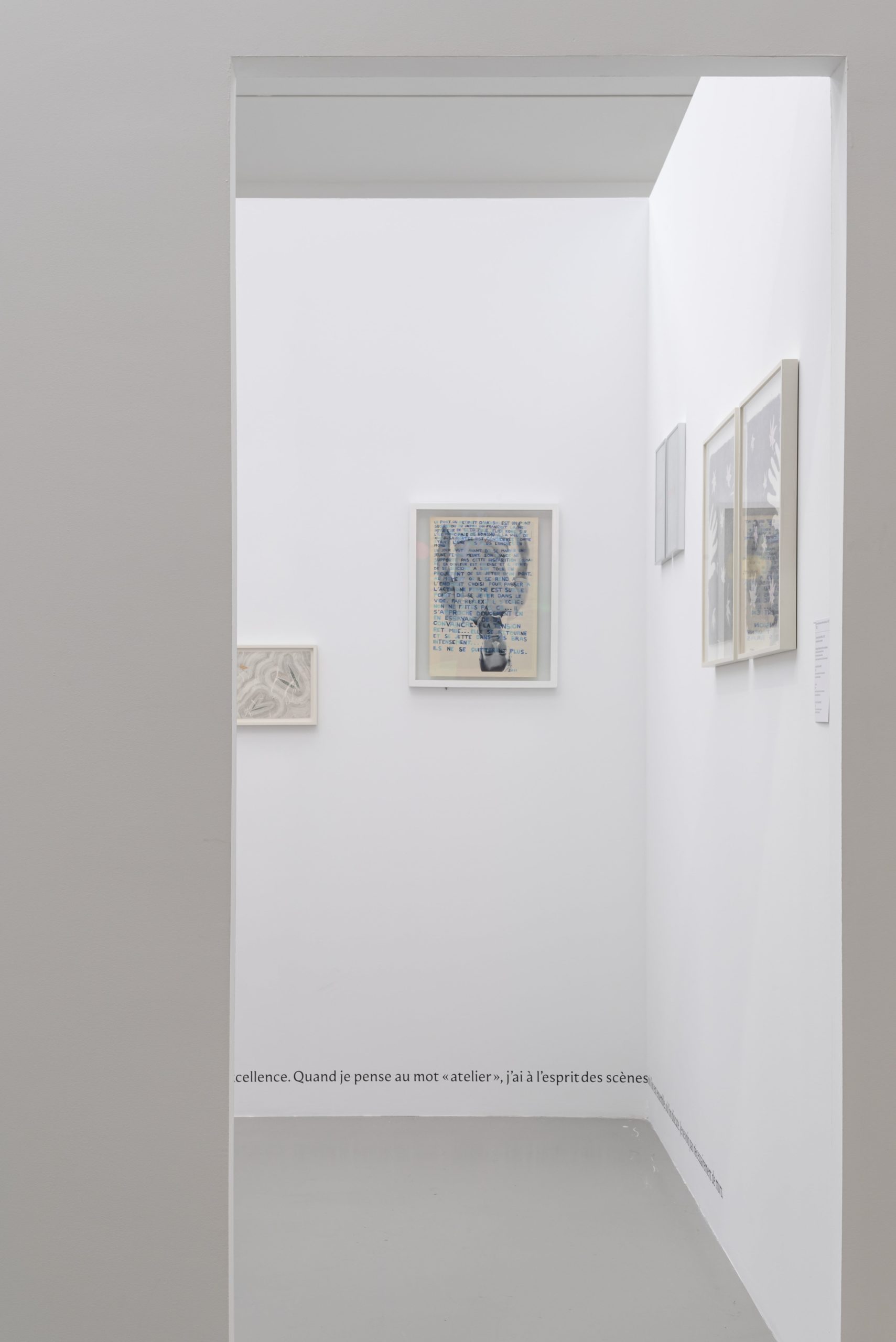 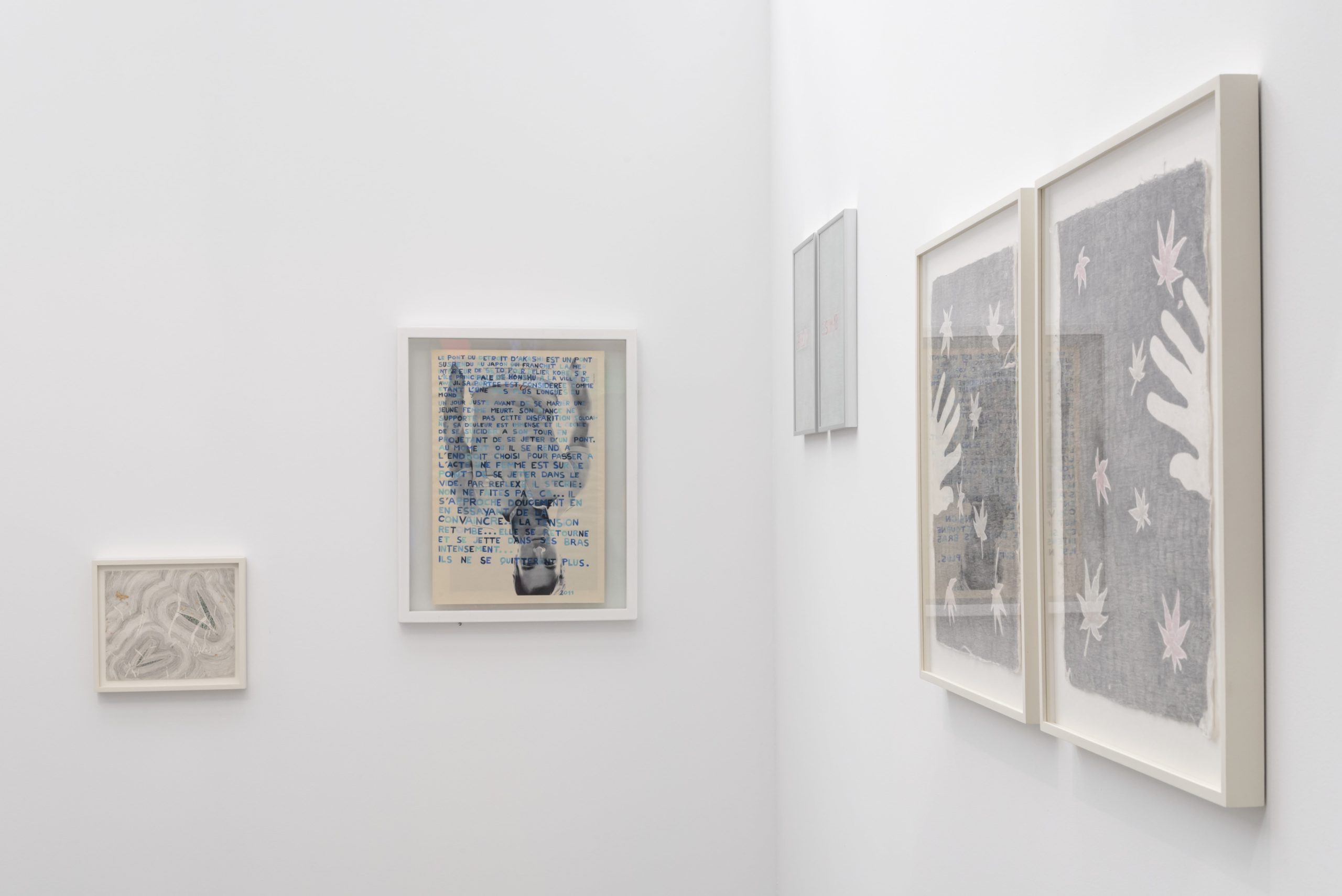 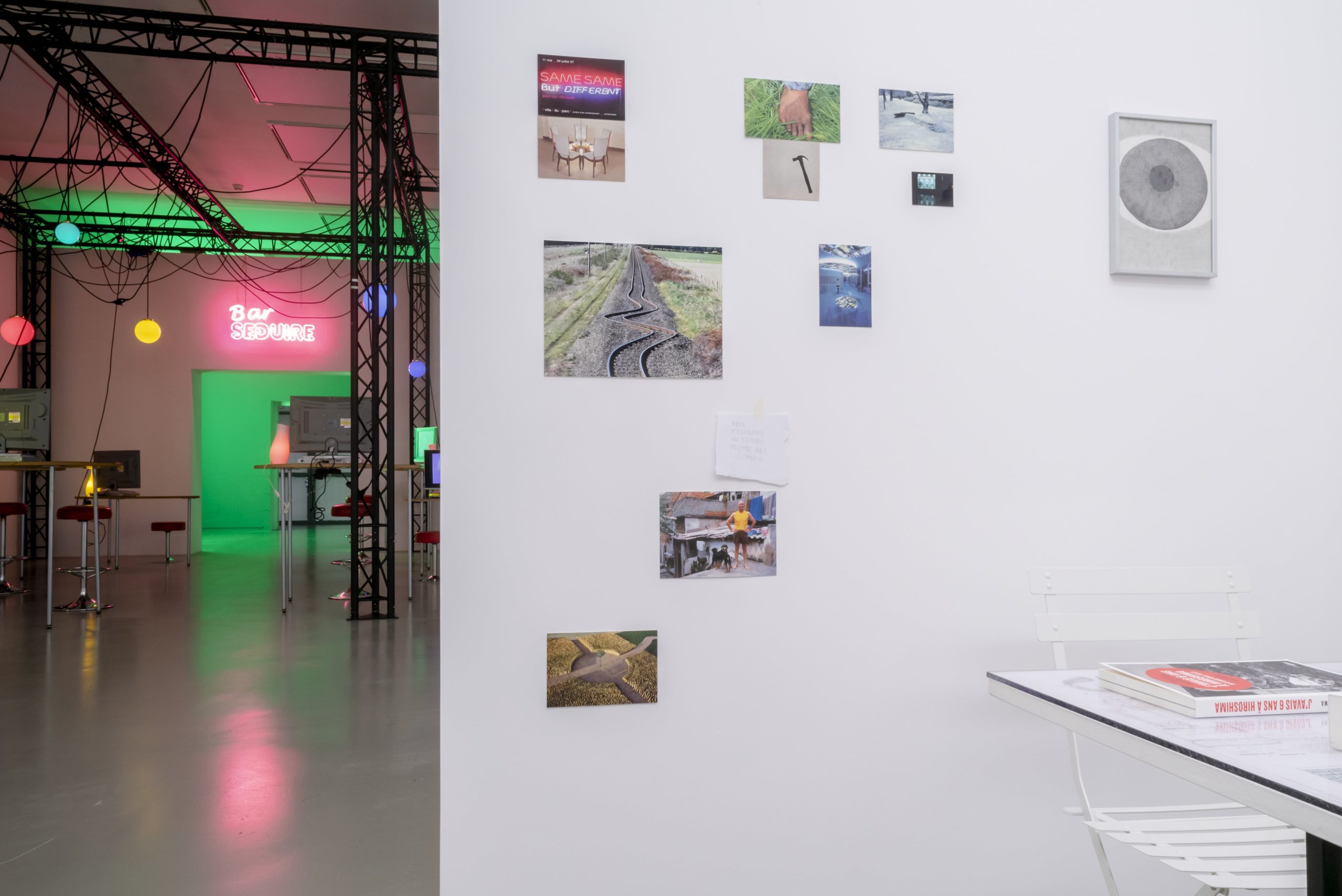 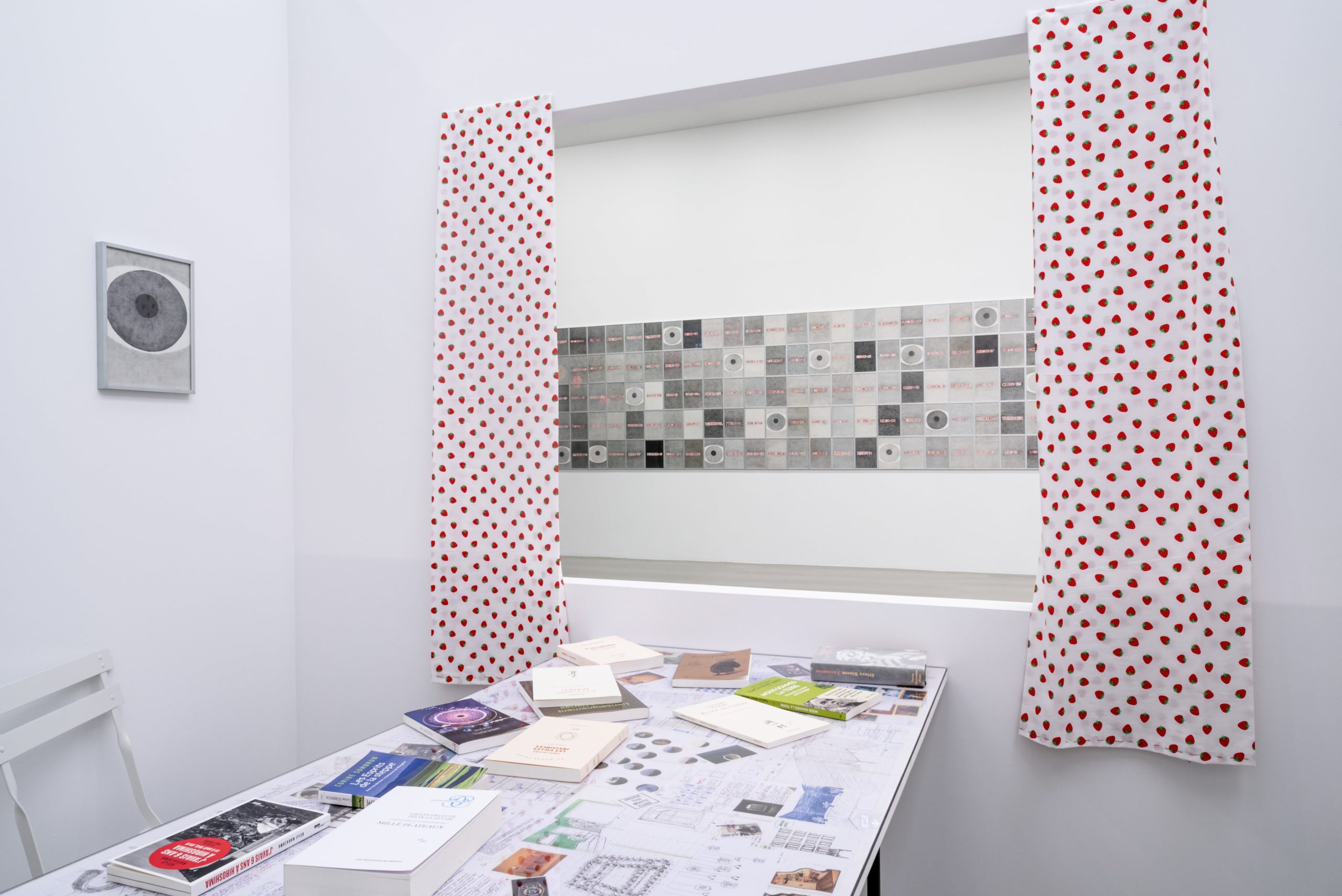 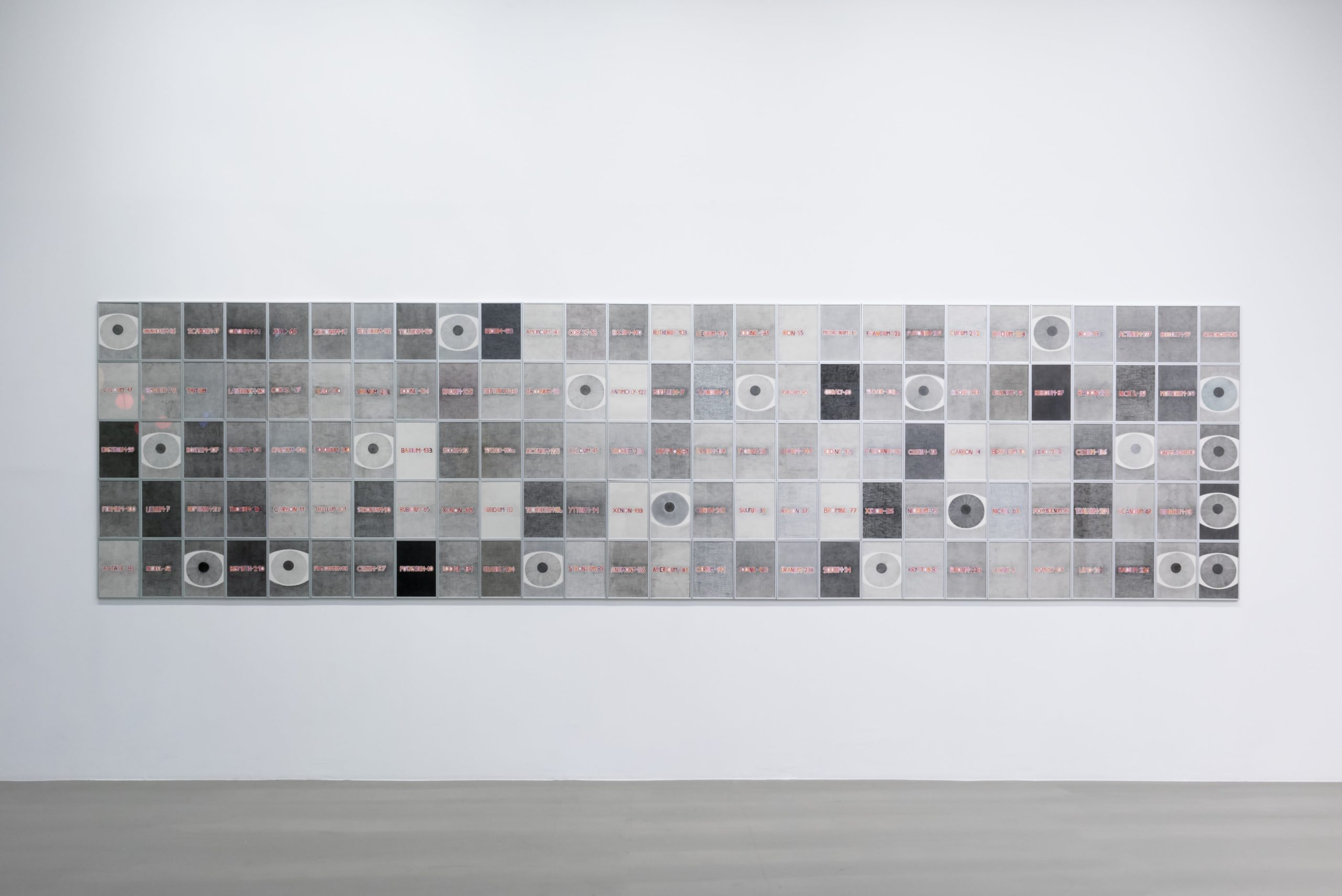 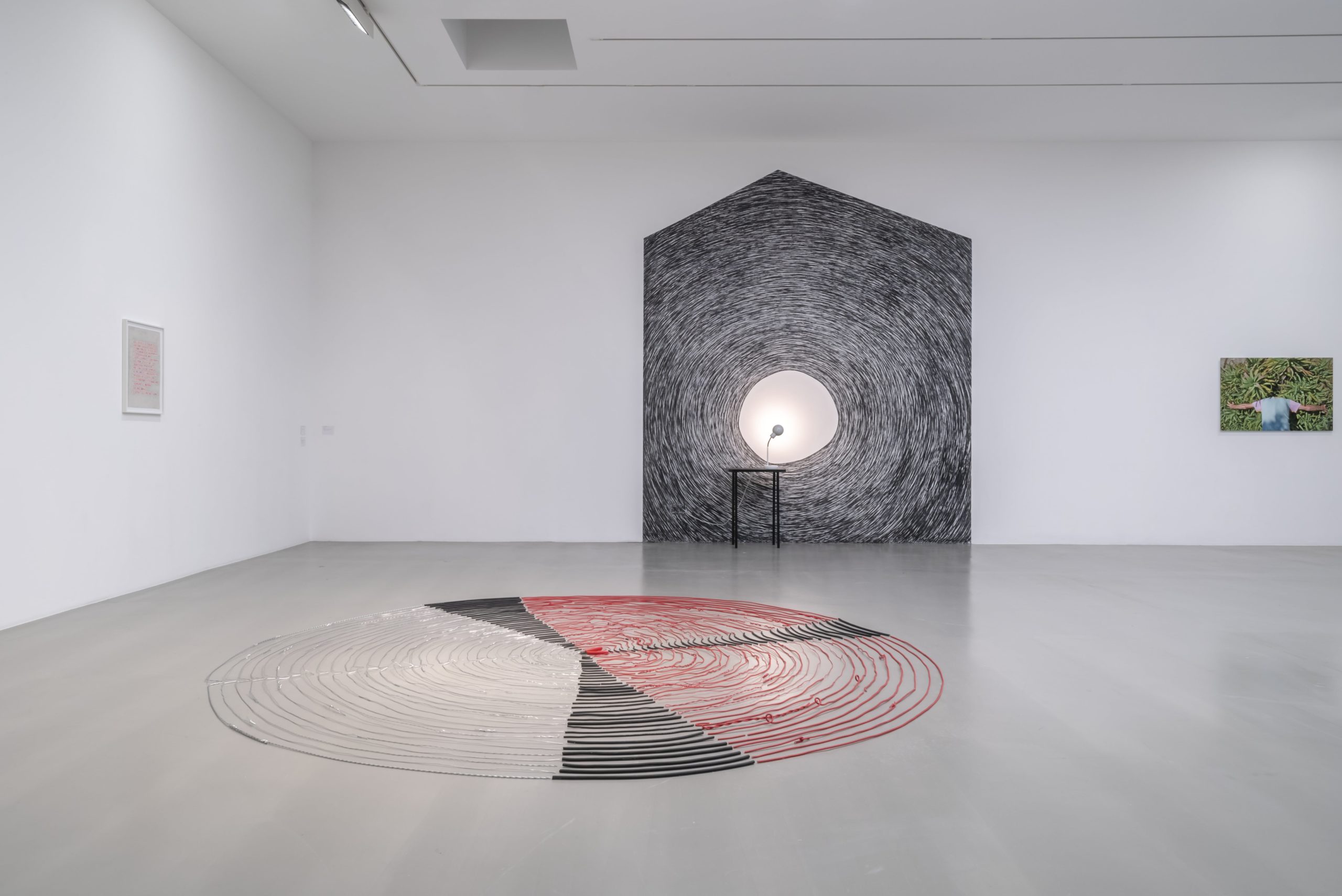 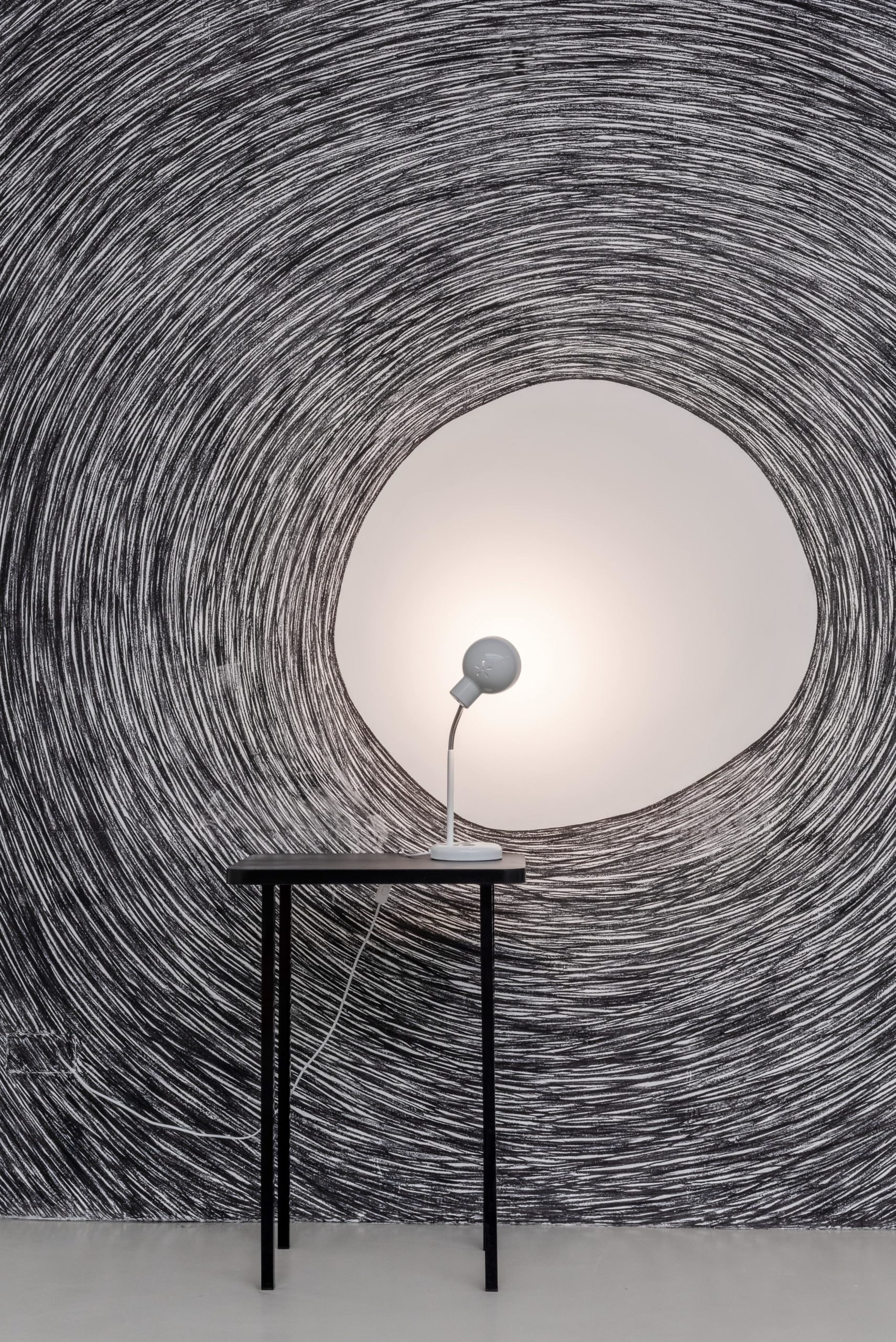 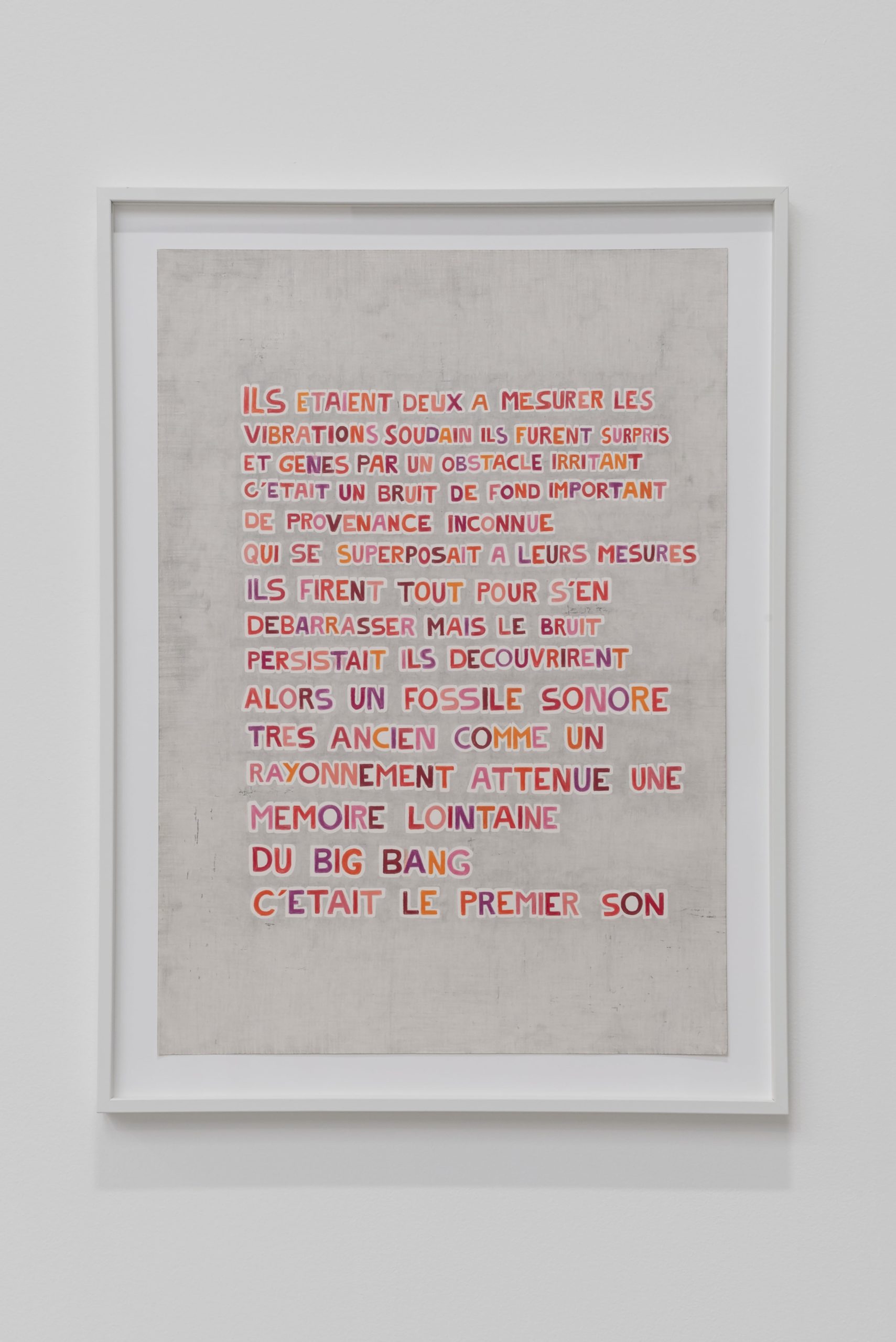 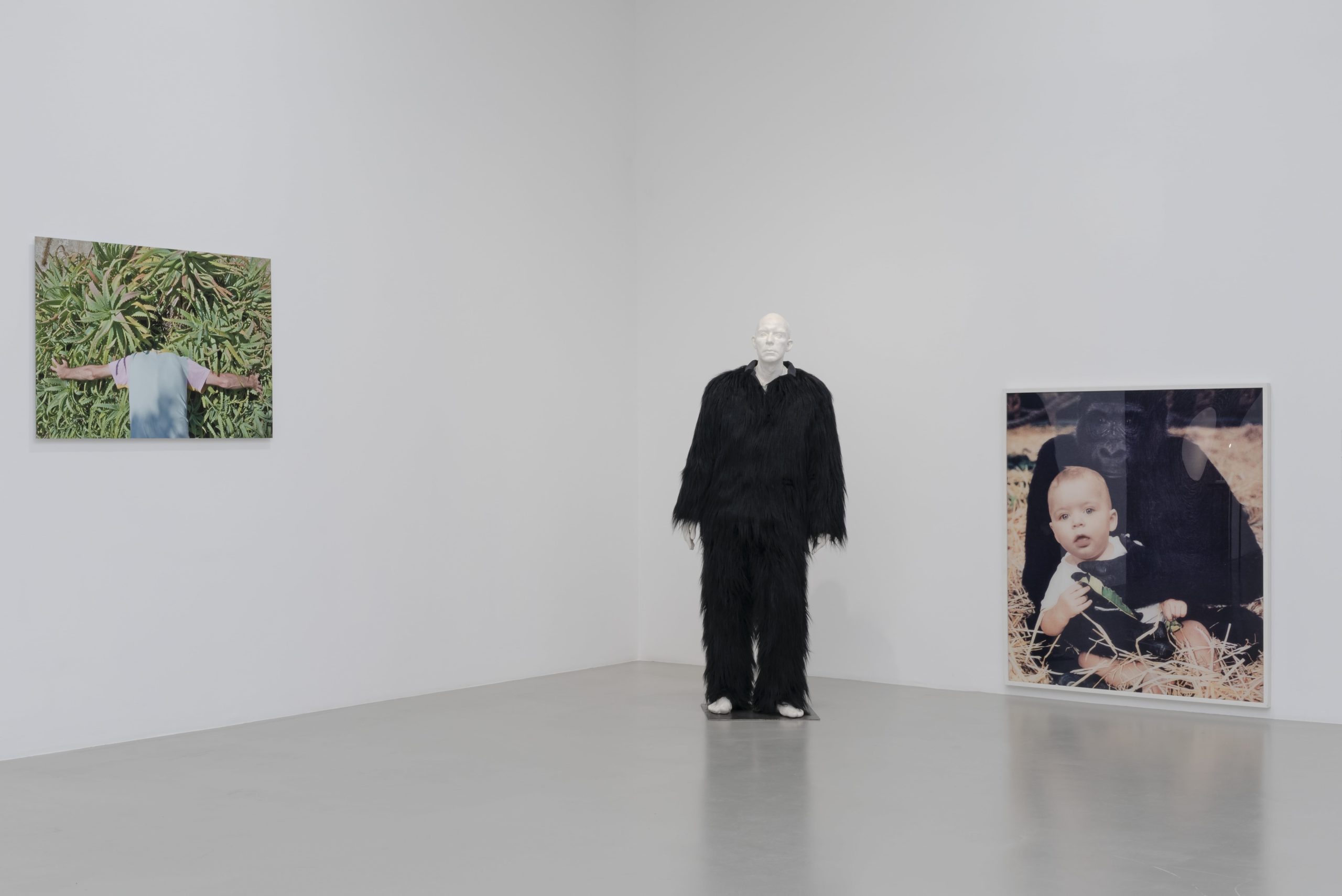 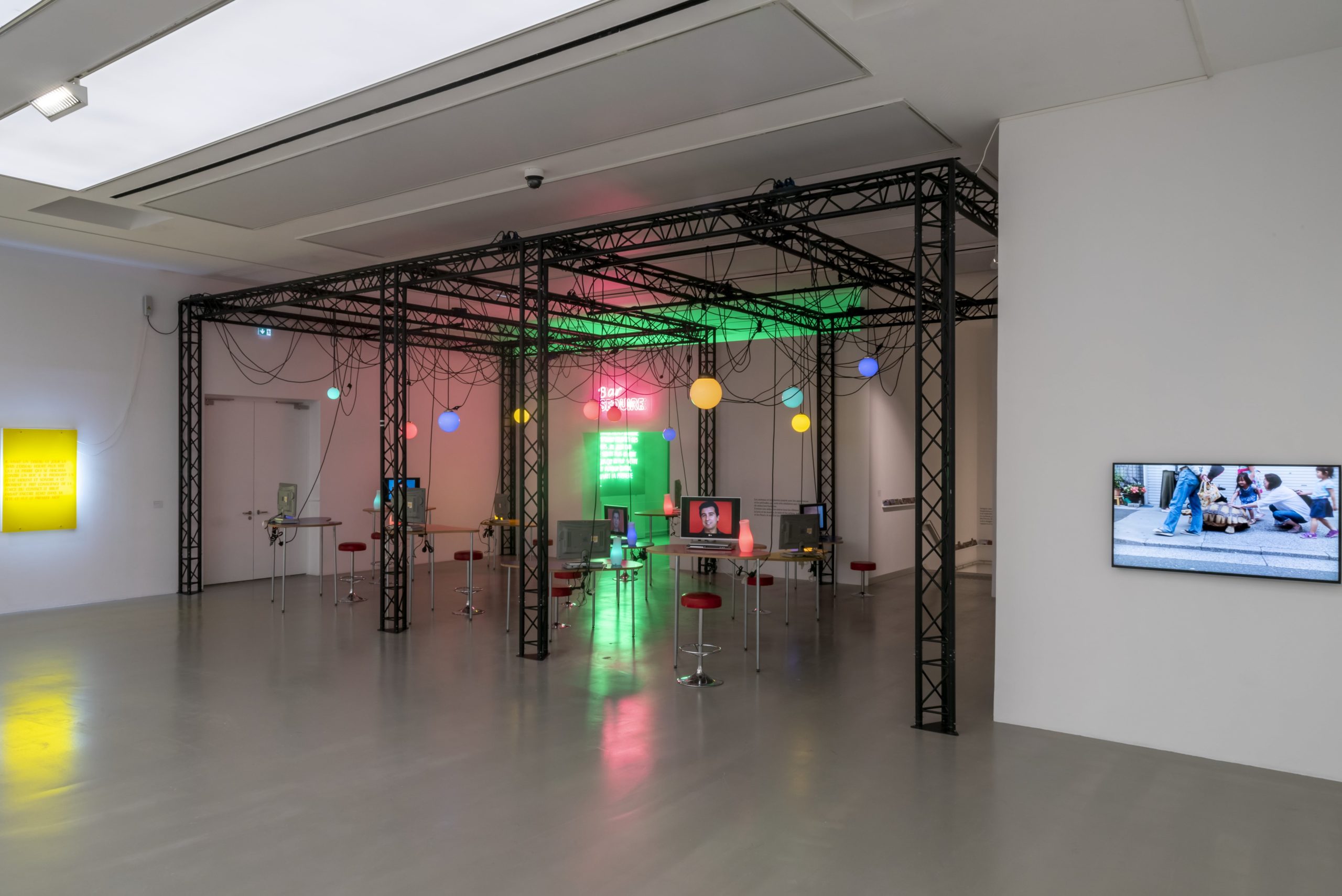 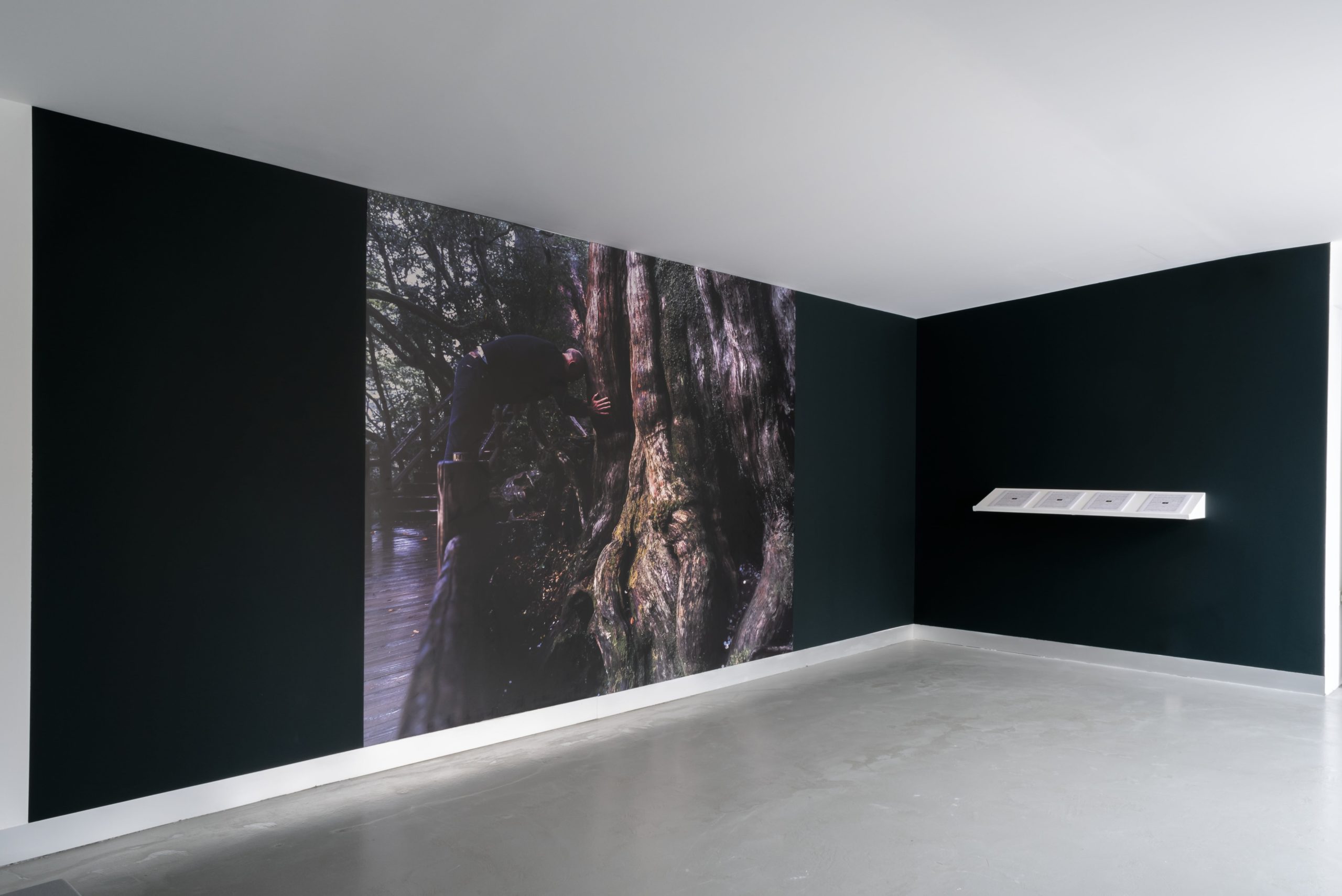 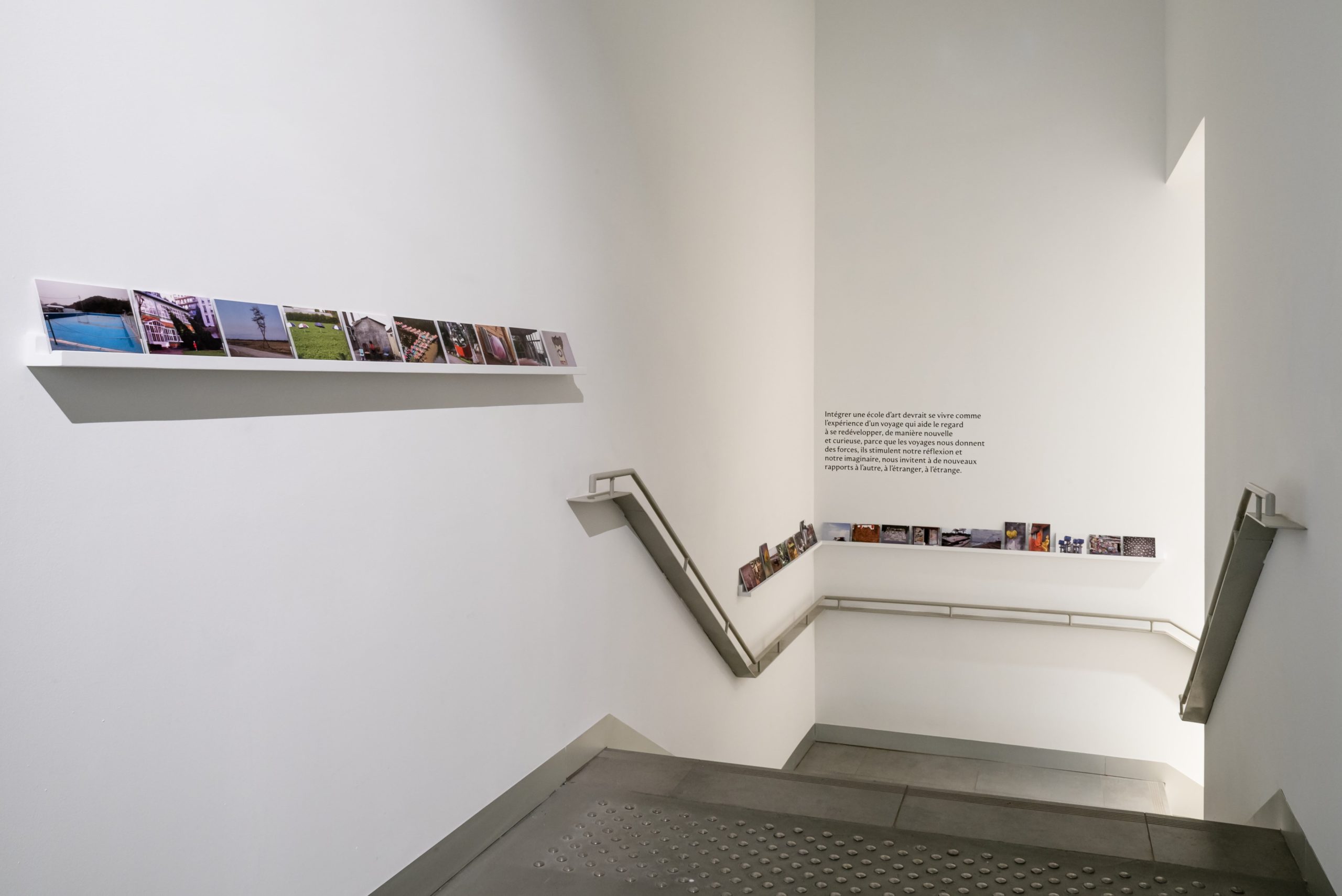 TRANS(M)ISSIONS is a transitional exhibition for the MO.CO., a structure that includes two exhibition centres and an art school: what makes a work of art? What is the artist’s role when it comes to teaching, transmission, and the creation of a community? The question of pedagogy as practice, process, and artistic experience is addressed through three prominent figures for whom transmission in itself is art: Jean-Luc Vilmouth, Mathilde Monnier, and the collective Gruppo Petrolio.

As an introduction, the exhibition opens with works by recent MO.CO. Esba graduates (2017-2021): Geoffrey Badel, Aysegül Altunay, Paul Dubois, Sam Krack, and Olivia Hespel-Obregon, as well as Noémi Lancelot. Indeed, integrating an art school into an institution whose goals are promoting, supporting, and disseminating contemporary art means asking the question of how to become an artist and what constitutes an artwork. Beyond MO.CO.’s continual support of students and young graduates, including them in the exhibition also proves that school is not about reproducing a recognized common style. Rather, it promotes individual and personal blossoming. Each of the artists presented, through various mediums, offers a striking universe of their own.

Jean-Luc Vilmouth (1952-2015) is one of the artists whose practice and teaching come from the same concept of transmission. By applying the formula “When I teach, I make art and when I make art, I teach”, he considers these two activities in a continuum where the notion of a relationship takes precedence. The objects, drawings, environments, and films he creates find their origin in reality. They reveal other situations, such as new relationships to space and the environment, or links that are still to be established with plants, animals, and humans. “What interests me the most is the human being and his/her relationship to the world, to objects. The relationships between things”. Thus, the act of encounter is common to all of his work: encounters experienced during his many travels, augmented and transmitted to the public, or the possibility of encounter, opened up by works to be activated by others. Conceived as a journey into Jean-Luc Vilmouth’s world-as-studio, the exhibition invites the public into other spaces of thought, in contact with otherness.