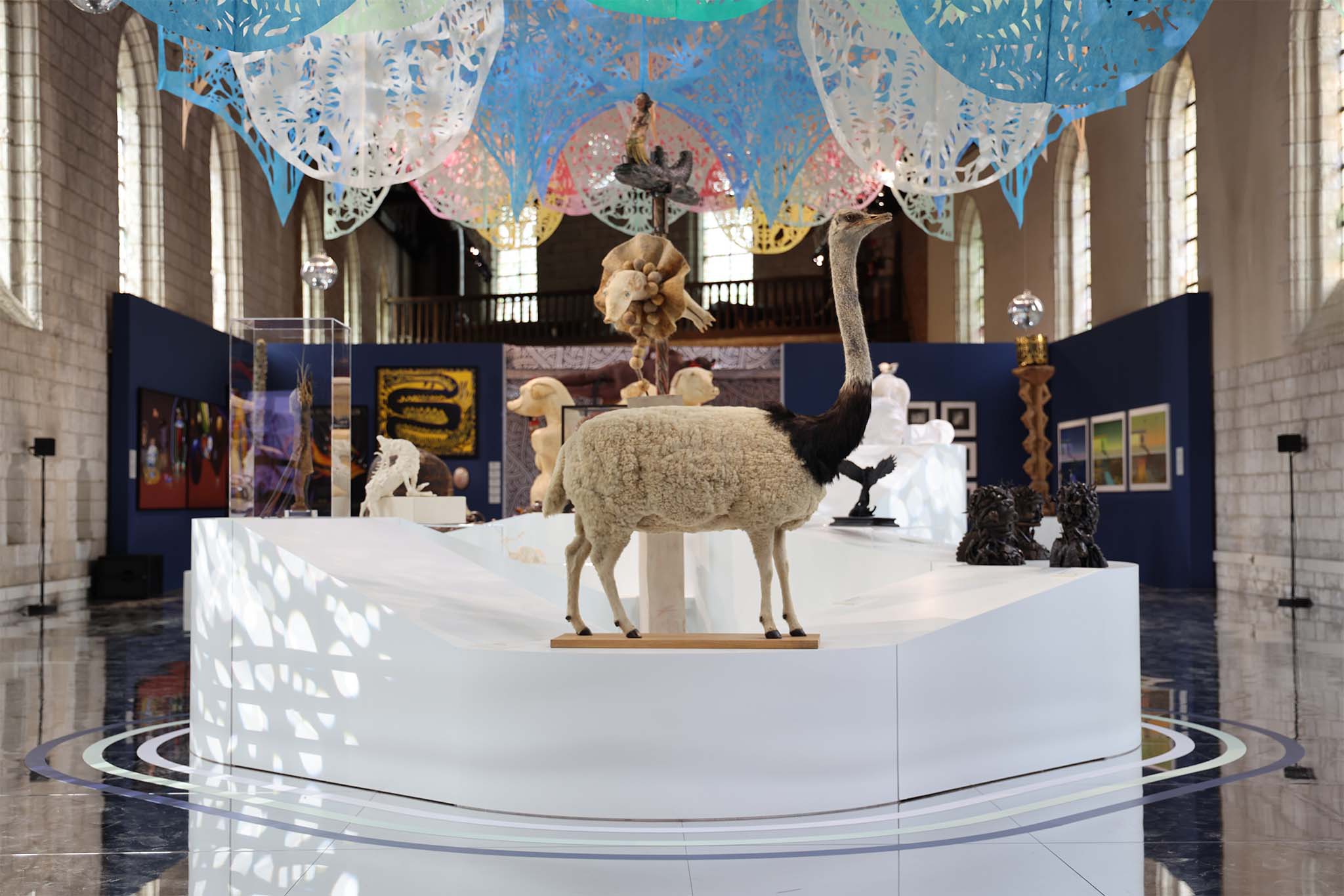 The Cosmic Serpent: DNA and the Origins of Knowledge is the title of the mythical book written by anthropologist Jeremy Narby in 1995. In this work, he demonstrates that in all civilisations, men and women called shamans, in Asia as well as Latin America and Northern Europe, have represented DNA for thousands of years, long be- fore its scientific discovery in 1953! This sounds incredible but it is true. Throughout the world, there are cave drawings or paintings depicting serpents whose skin exactly reproduces the structure of DNA. Moreover, in the forests of Amazonia as well as in the Himalayas, shamans have also – in a way that is incomprehensible to science – created substances that are as power- ful as or even more powerful than those invented by modern chemistry, curing many illnesses by combi- ning several natural plants. Based on Jeremy Narby’s research, the French philosopher Edgar Morin argues in his book Sur l’esthétique that throughout the history of art artists have created, and today continue to create, in a “post-shamanic” state, that is, without even being aware of it, “in connection with the living world, nature and animal life”.

The exhibition Le serpent cosmique (The cosmic serpent) draws on these references to propose a new reading of the artistic adventure of man within nature and in deep connection with it; man in a state of fusion, bound to organic and animal life.

The nature/culture/utopia link is essential in the act of artistic creation and this exhibition explores the way in which artists are inspired, nourished by and even become one with nature and the living world to create utopias.

The exhibition is also conceived in the spirit of the philosopher Etienne Souriau (Lille 1892 – Paris 1979) who developed the concepts of natural and pure art by asserting that artistic creation should be inspired by the immense and amazing beauty of nature, particularly by realising that this beauty resides in the invisible and is revealed over time. Thus, one must contemplate the movement of the clouds for a long time to discover wonders.