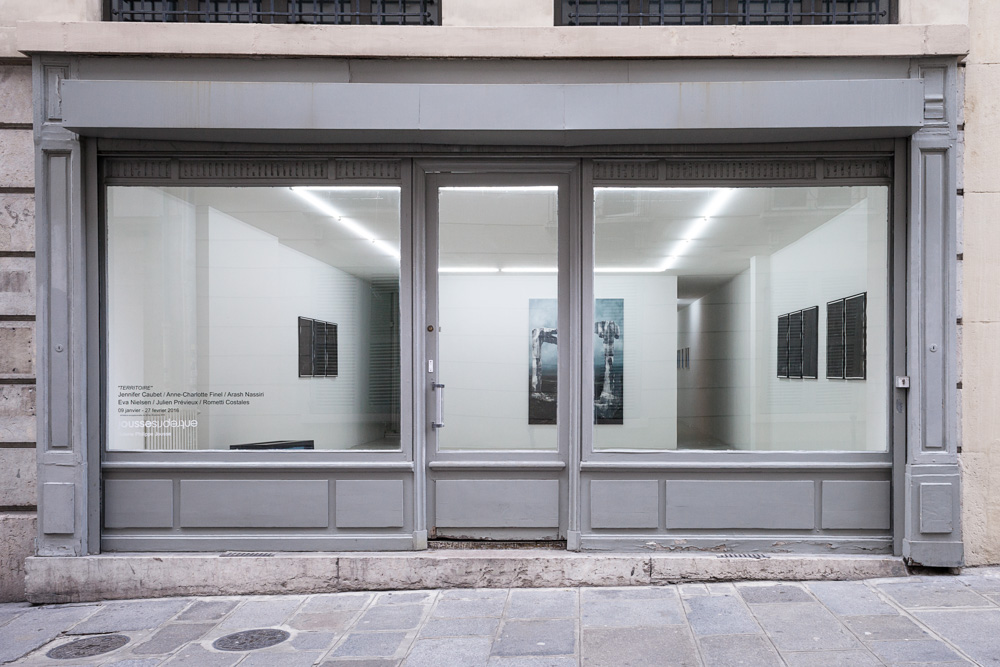 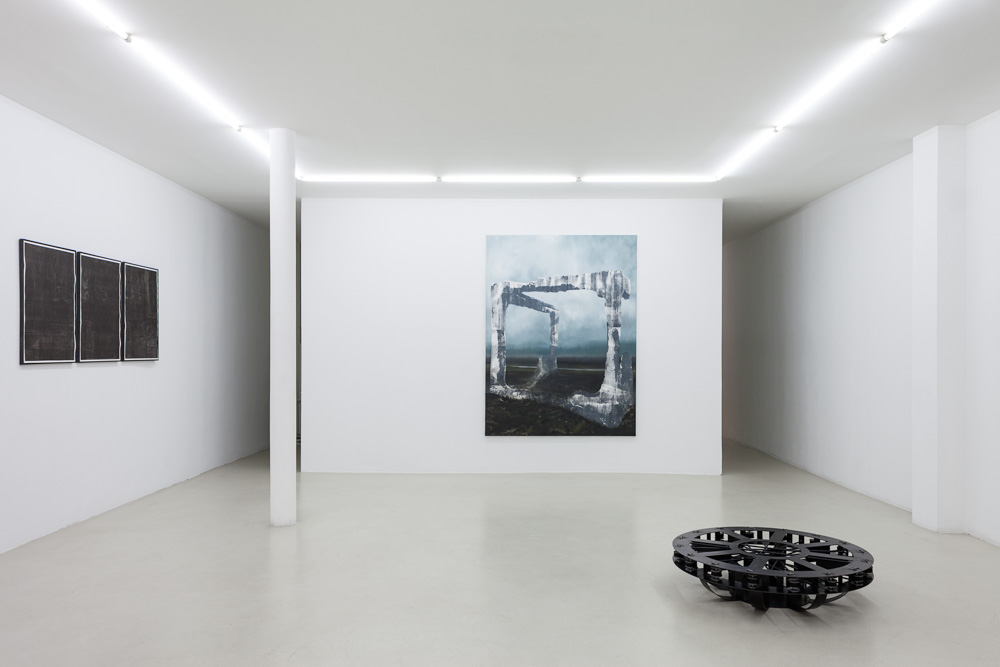 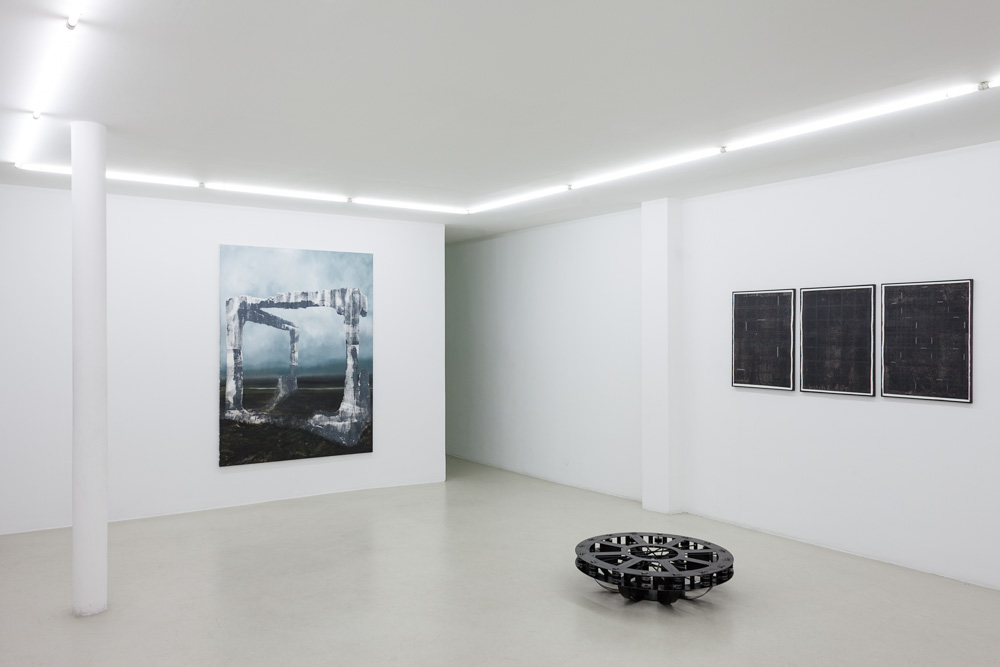 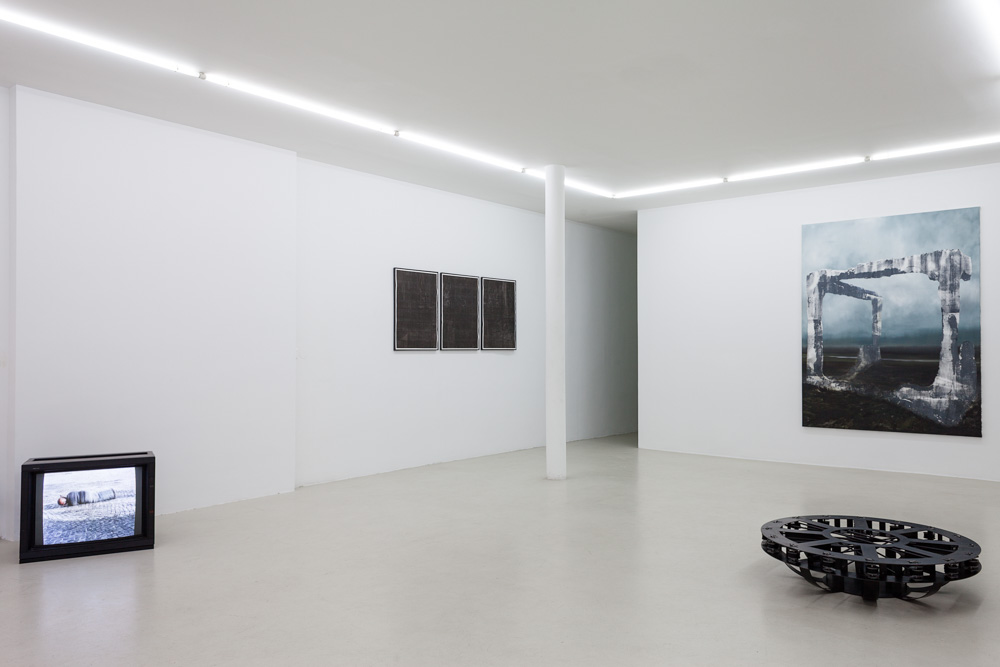 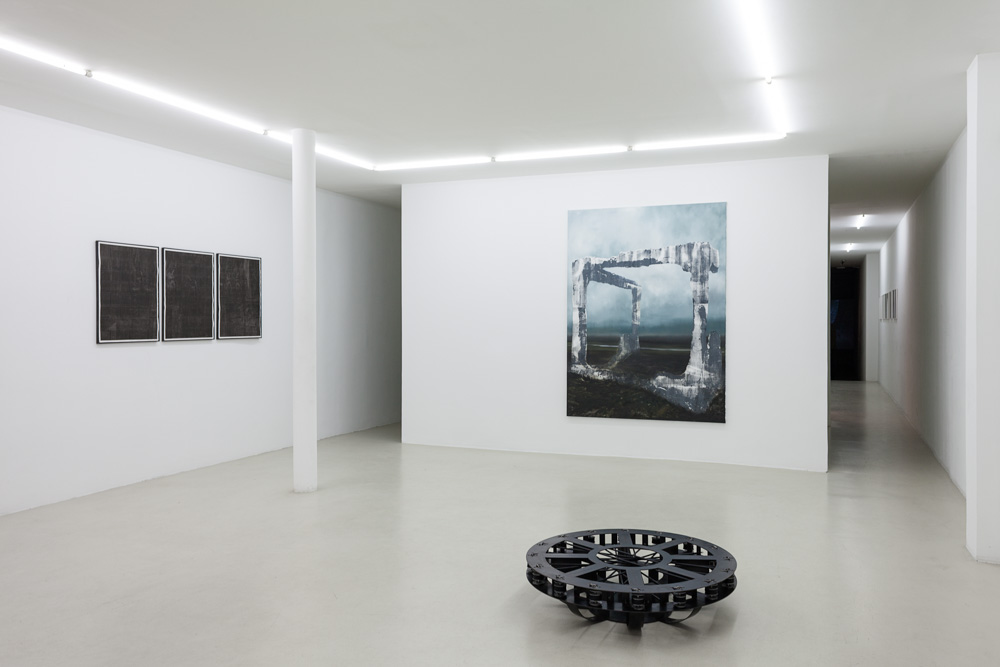 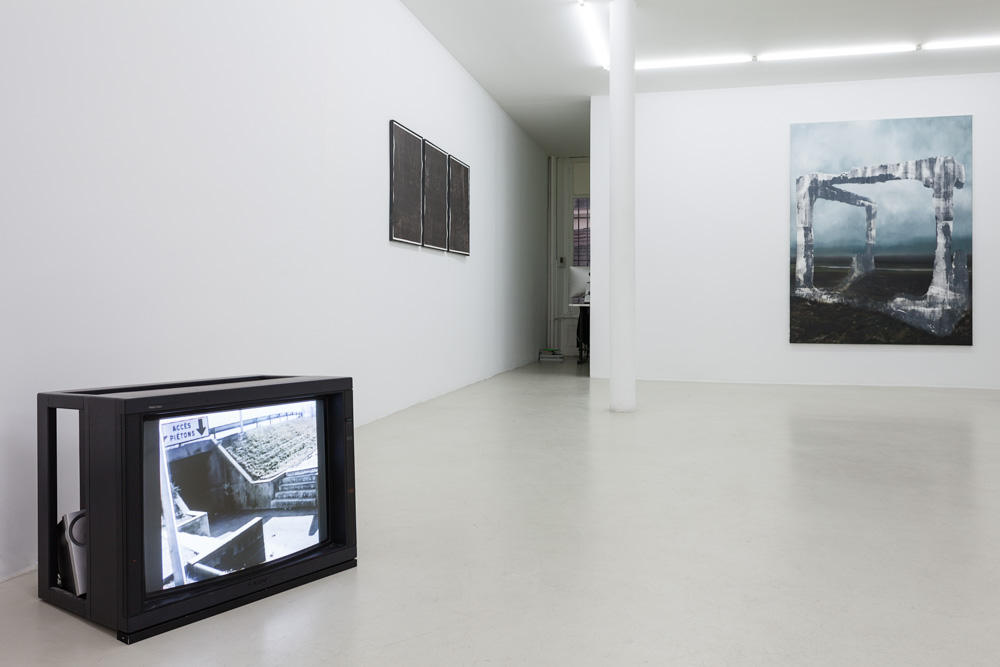 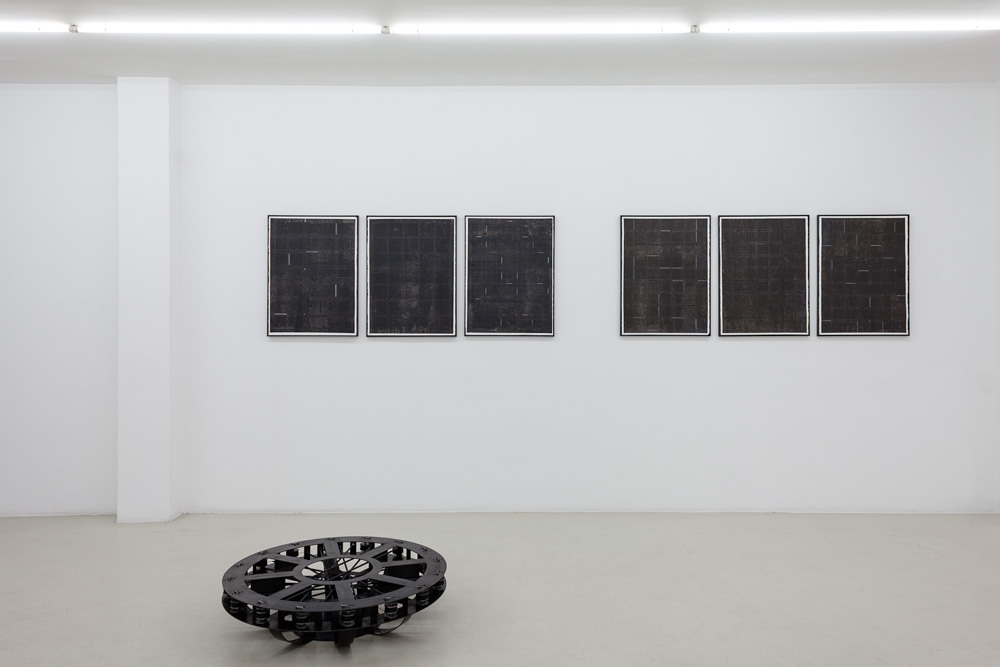 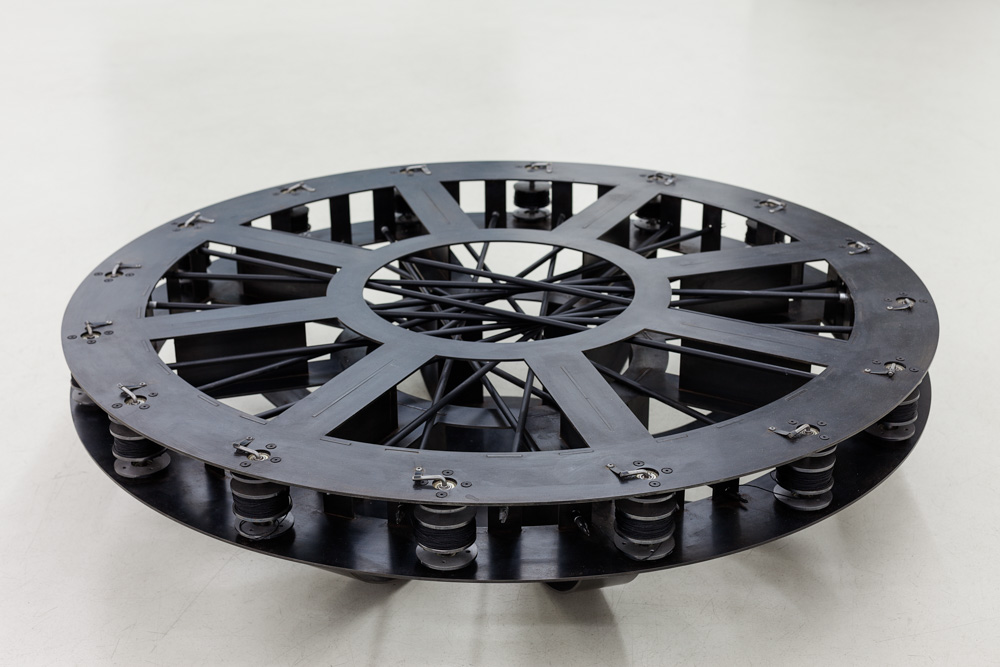 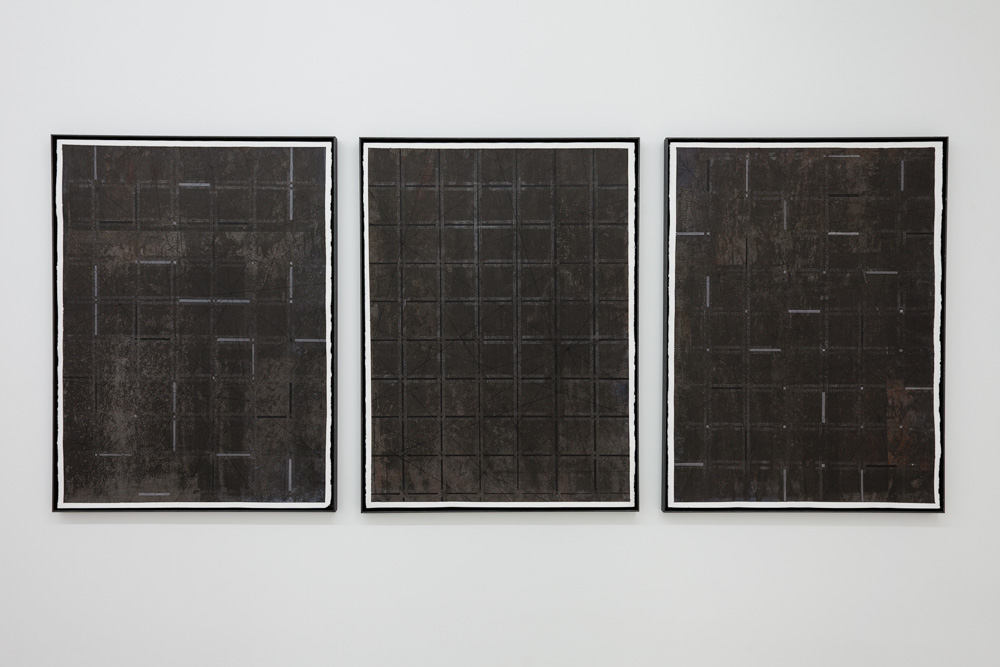 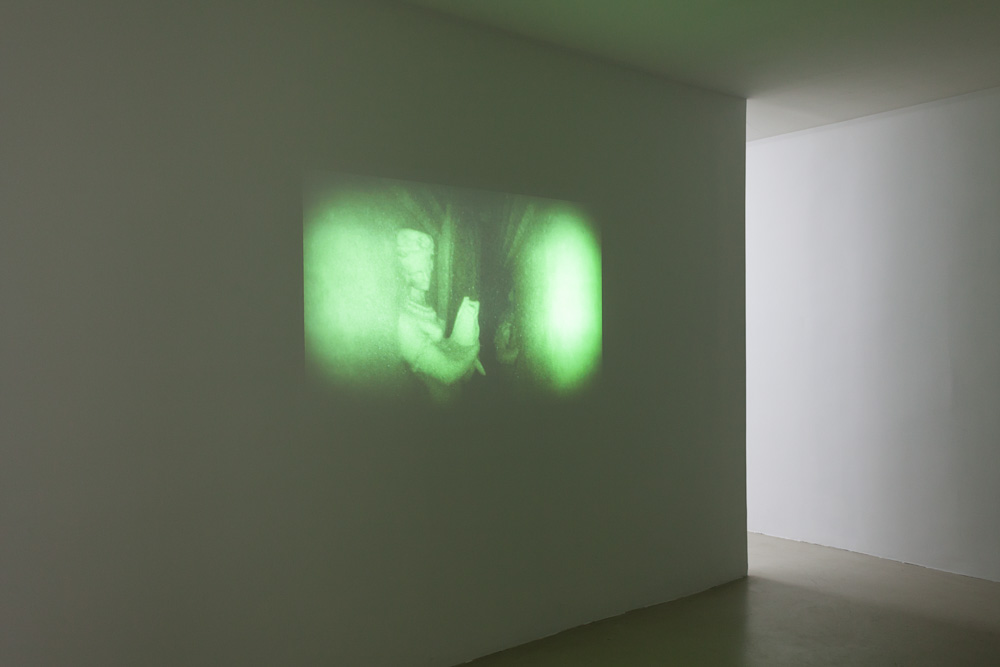 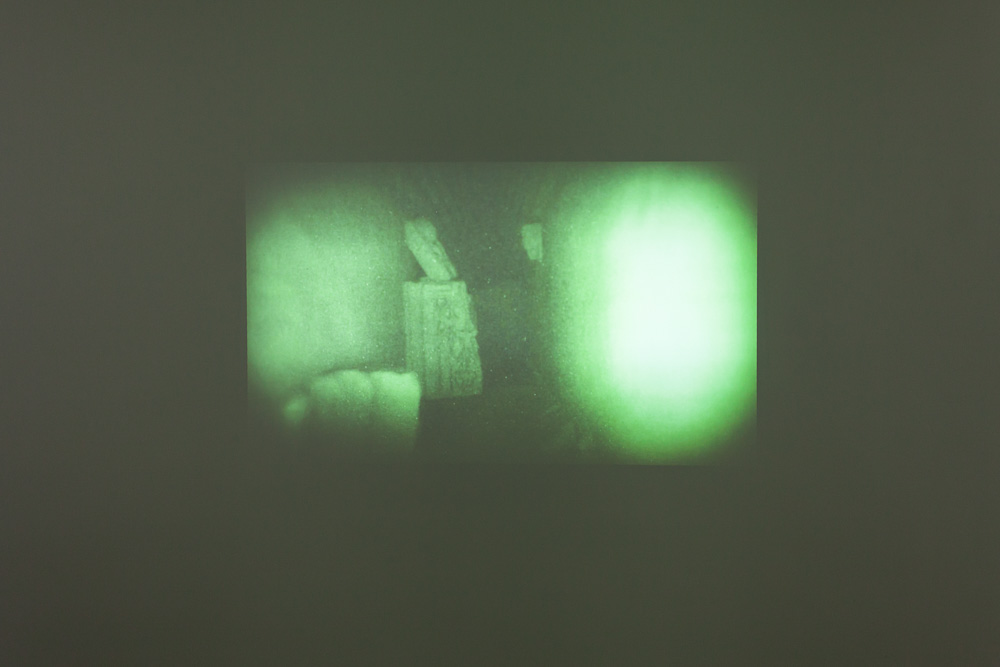 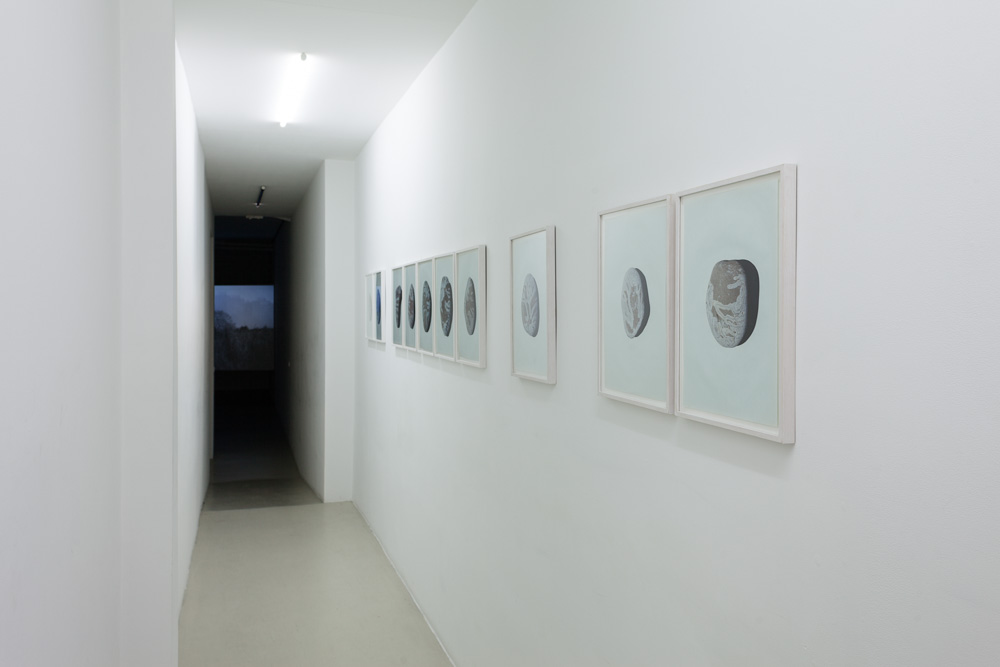 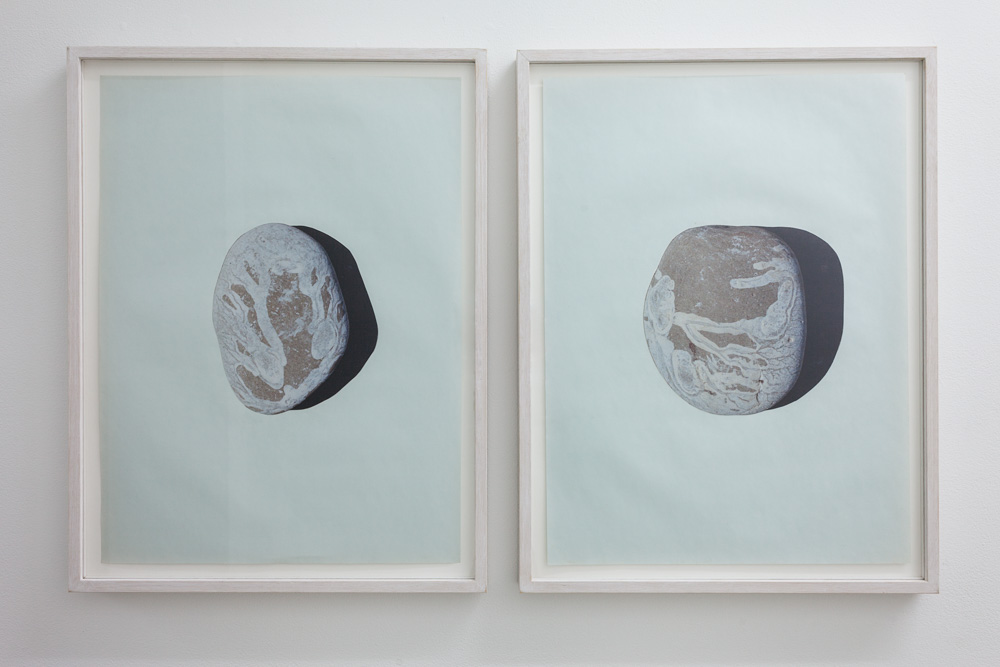 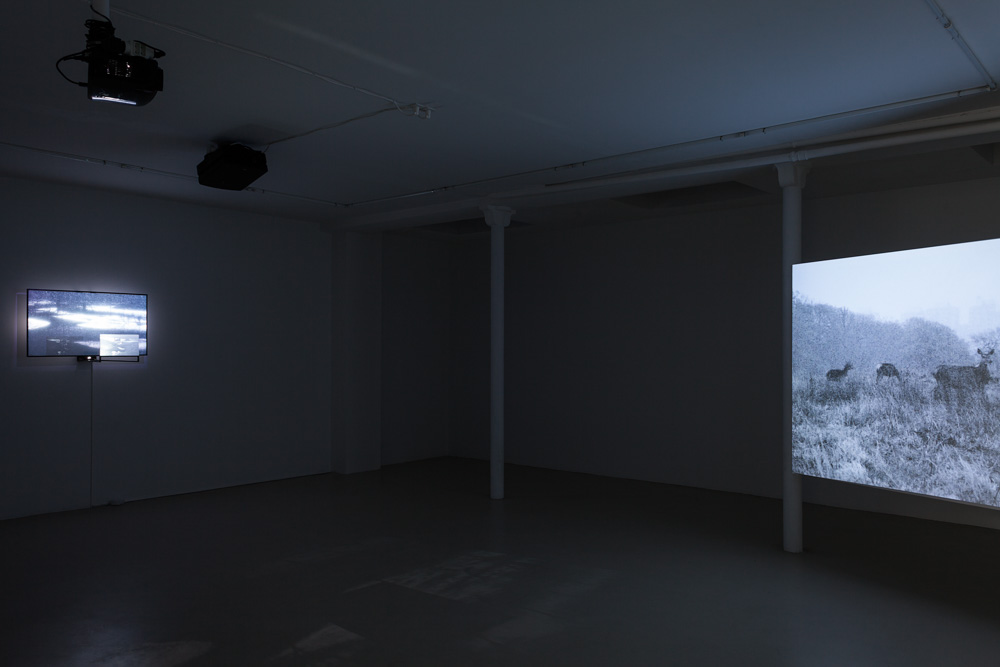 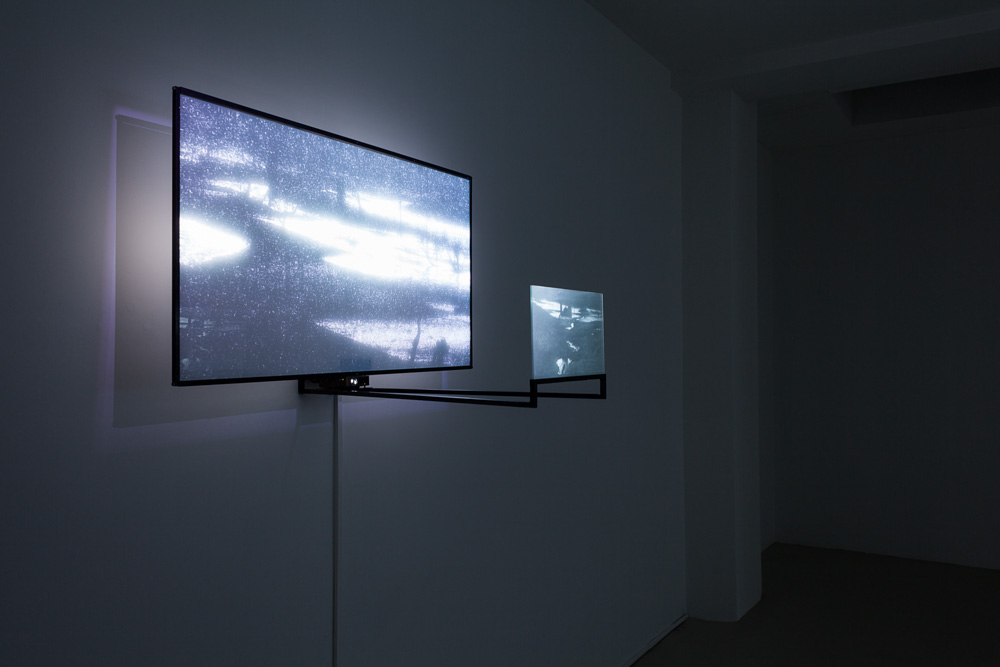 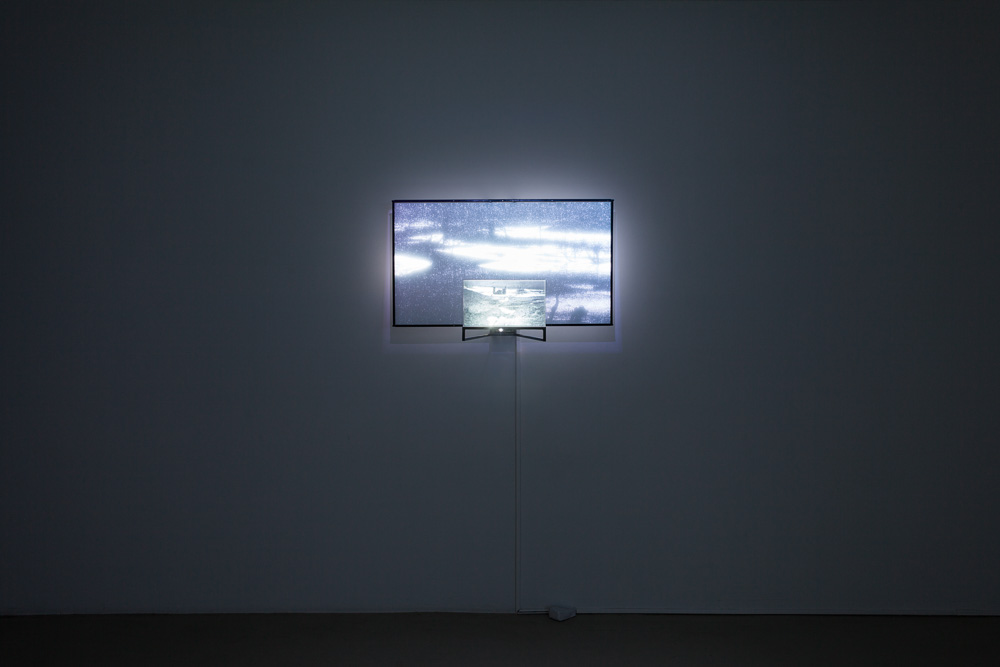 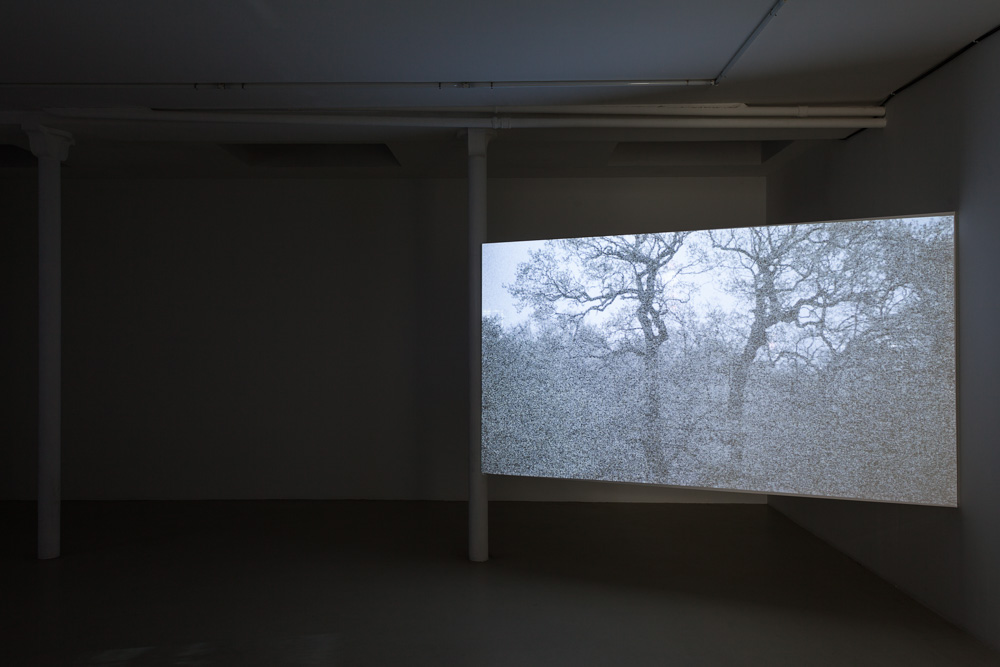 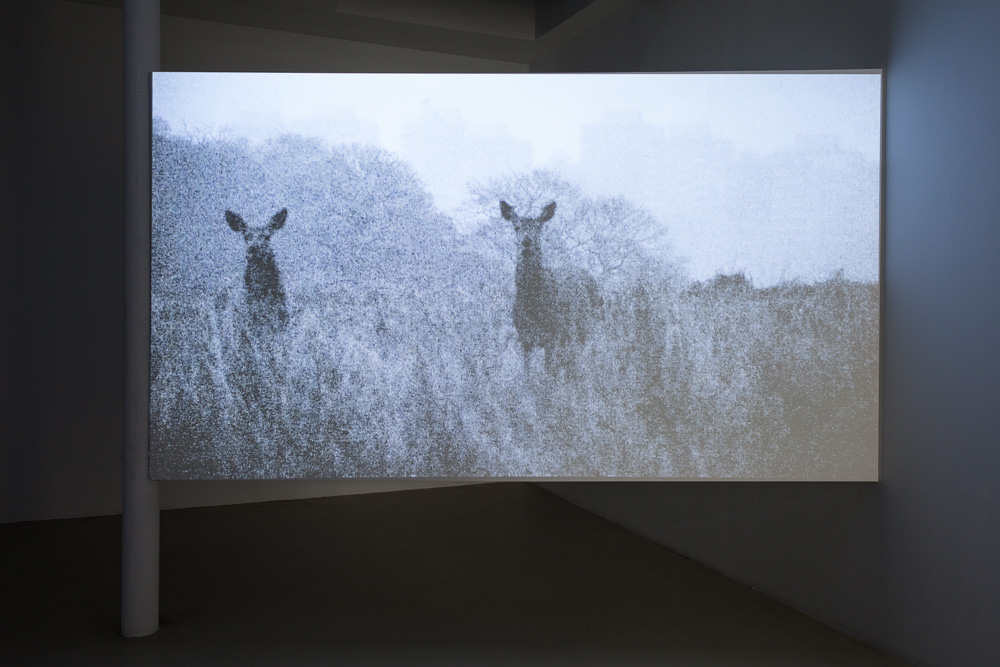 Jousse Entreprise is pleased to invite you to the opening of the exhibition “Territoire” (“Territory”) on Saturday, January 9th from 4 pm to 9 pm, presenting, for the first time in the gallery, works by Jennifer Caubet, Anne-Charlotte Finel, Arash Nassiri, Eva Nielsen, next to Julien Prévieux and Rometti Costales.

These are traces, prints, elements. Clues, perhaps. One probably gets a feeling of recognising something. Just a feeling, since nothing seems to belong to reality, everything is image. A flat and opaque stretch that takes the eye to another space, into memories and places full of imagery. One sign seems to stand for another place, for other circumstances; it appears to have stopped on its way, printed: suggesting an identity it relates to, a place where it comes from, a time from which it escapes. It’s a territory that is being brought to mind, a “somewhere” being represented, with a spread out temporality and a locality that is freed from physical boundaries. Images have emerged, full of meaning. The field of possibilities has stretched out through the search for fictional poetry. Then the limits of reality fade away, things go beyond them and become visible in another way, while others are being made perceptible. The works are not trying to define a territory and its identity; they seem to attempt to put us off the scent, to blur the boundaries established in time and in space, for us to look at them in another way and to open unusual paths. It all happens like a reality check: to evaluate it, to be as conscious of it as possible, to experiment its possibilities as well as its – not only physical but also metaphysical – resources.

A country is a territory, the city is a territory, housing is one as well, a room can be one too; so we could very well say that the mind is a territory. It would be like saying that given the physical and factual elements composing the landscape of current events – and hereby making up the urban continuum -, the works help remove the walls around a space. A stretch unfolds in the onlooker’s head, a shift sideways in imagination and representation, a meta-territory that leads us to rethink and reinvent the world. To reinvent, that is to say to turn fantasies into a likely reality, to turn an anomaly into a chance to contemplate space, to turn an incongruous combination of images into a resource to produce meaning, as well as to turn the use of a site into an opportunity to enjoy a different experience.