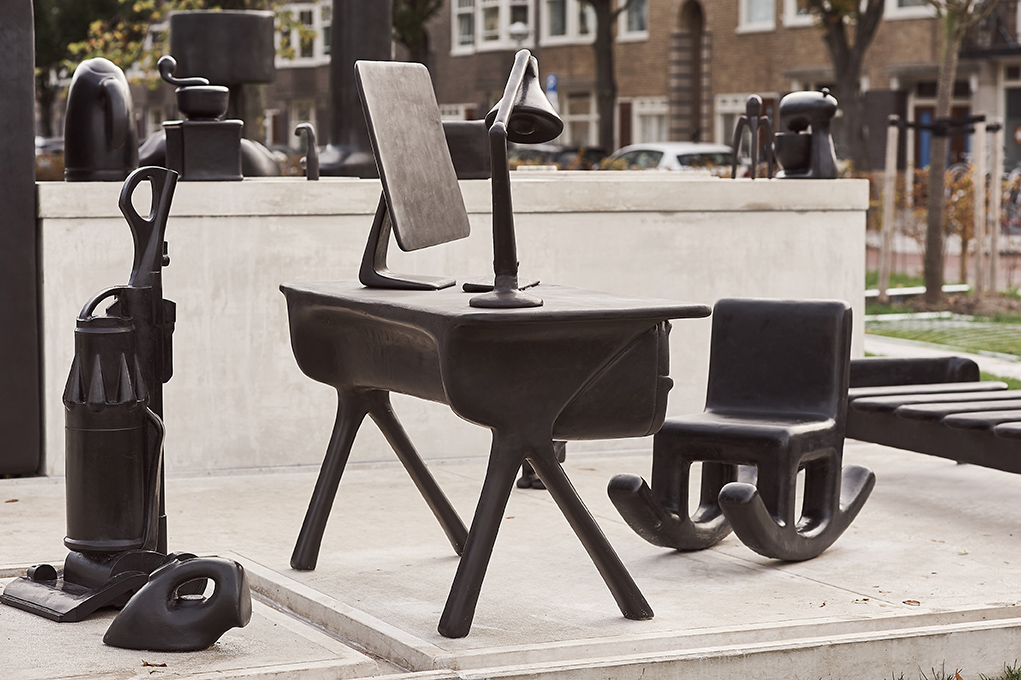 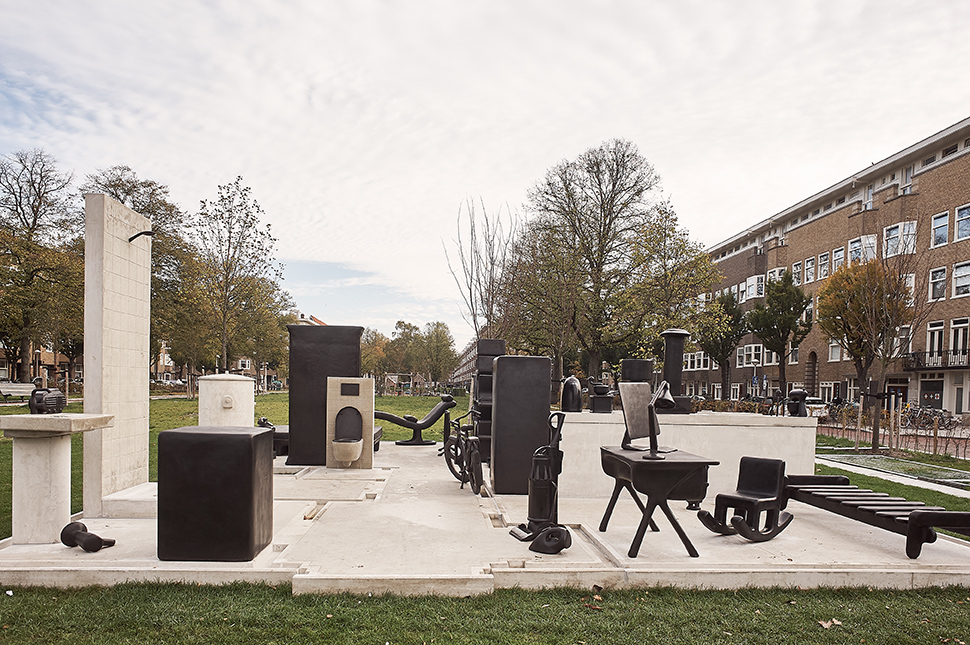 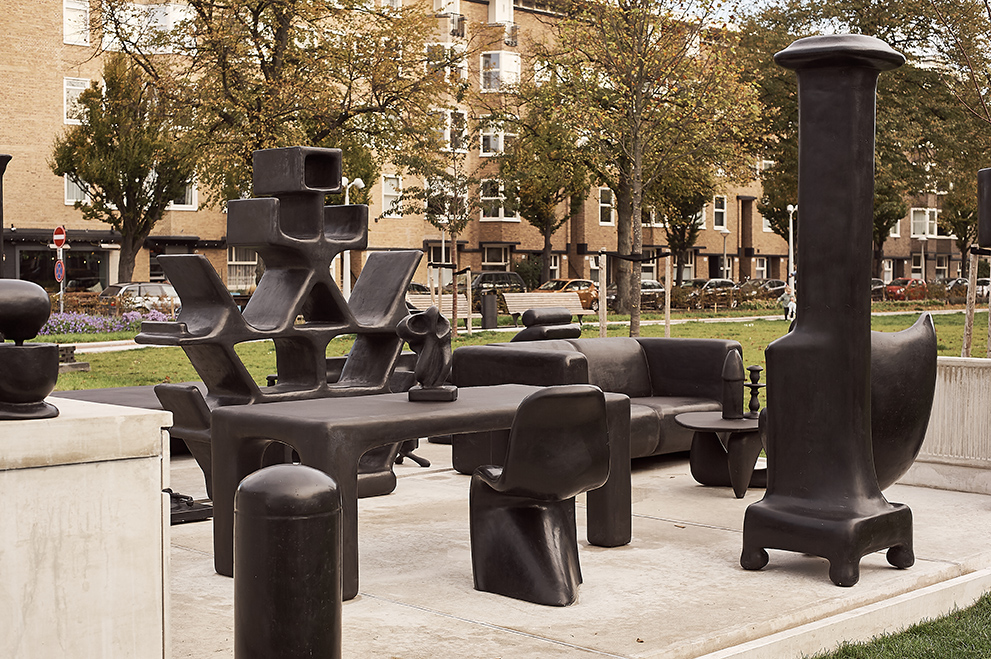 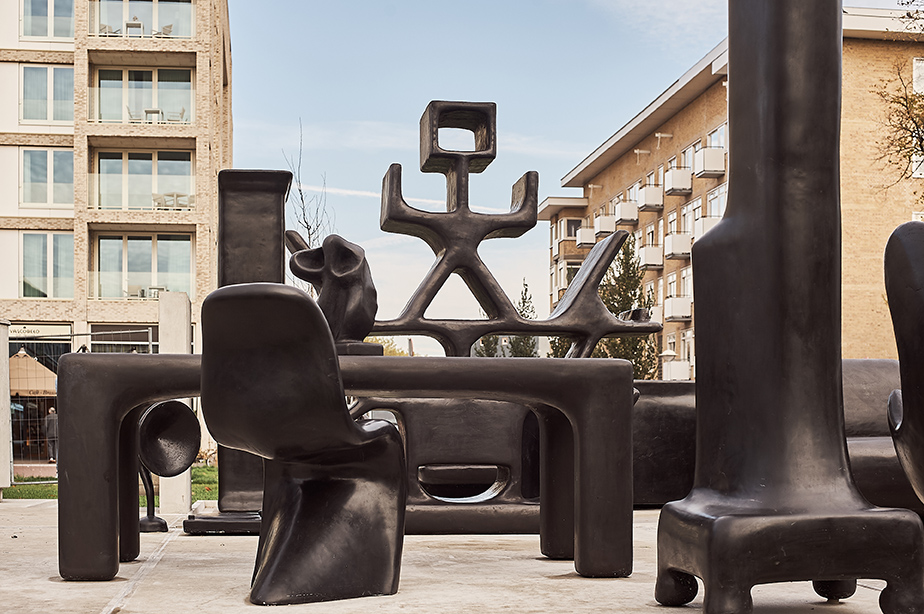 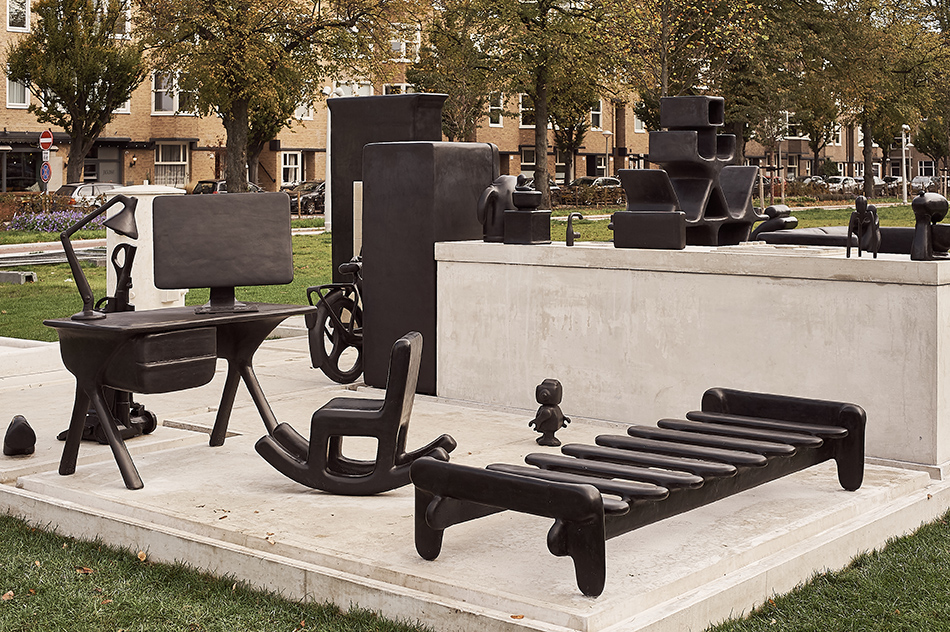 11 Rue Simon-Crubellier is a fully interactive public sculpture that was conceived in collaboration with local residents. It takes its title from French writer George Perec’s eponymously named 1978 novel that was based on the lives of the inhabitants of its fictitious Parisian apartment block, only this time my version adopts the form of a fictitious apartment taken from the new residential development on the North side of the Olympic square, whose architectural footprint is demarcated in a two-inch tall concrete plinth, upon which its inhabitants, the local residents, have collectively selected and arranged its furnishings, which are currently being cast in bronze and will be placed accordingly.

Participants were invited via a leafleting campaign within a 5-mile radius of the site. Residents then attended various meetings where I introduced the project and described some of the thoughts underlying it. I then built an interactive website where they could vote for their favourite objects which would eventually comprise their dream home. There were 50 object categories (ie. armchair, toaster, fridge etc.) and within each category they had the choice of 5 options, each deriving from a recognised design museum within the Netherlands. They also had the opportunity to override the official choices and nominate their own High St alternatives.

Because we were not granted permission to take direct casts of the museum relics, myself and designer Bob Hobbs painstakingly modelled each of the 300 objects on the longlist for the website, and then tweaked the 50 final selections ready for CNC lathing in polystyrene. These polystyrene patterns were then coated in beeswax and are currently being cast in bronze using the burn-out method that saves time and reduces cost as it does not require the manufacture of costly silicone moulds.