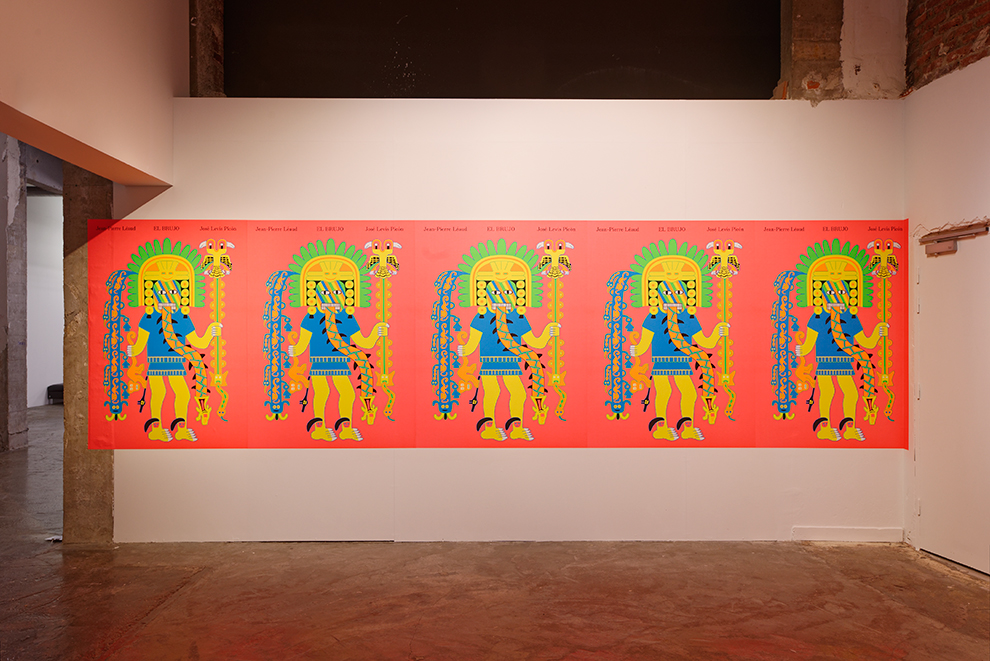 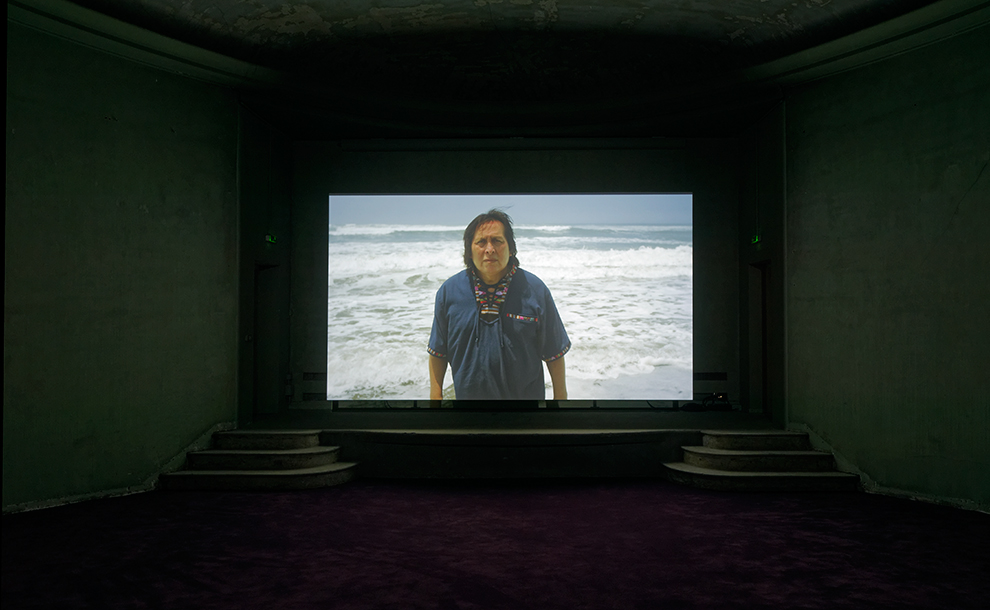 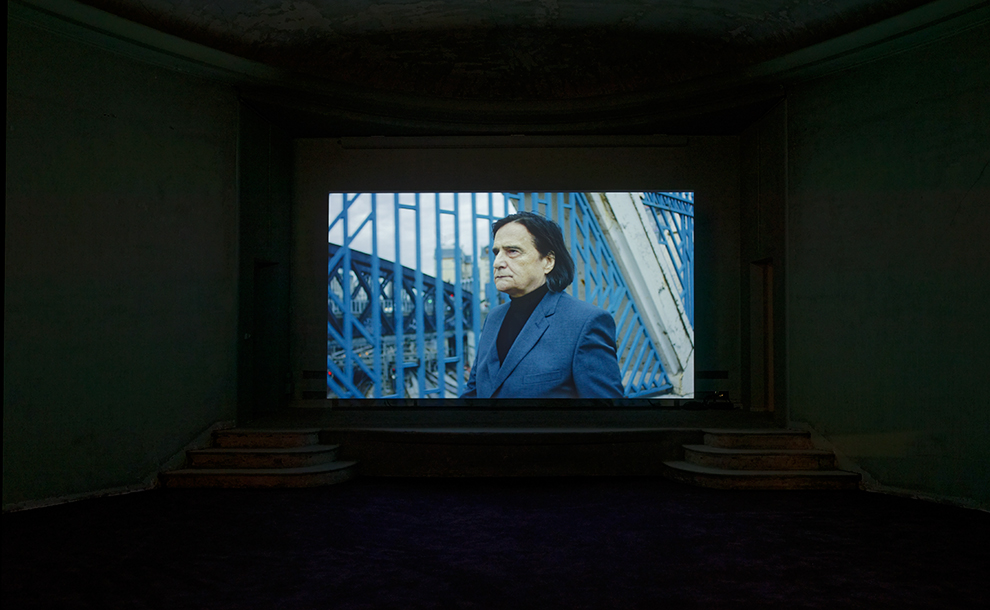 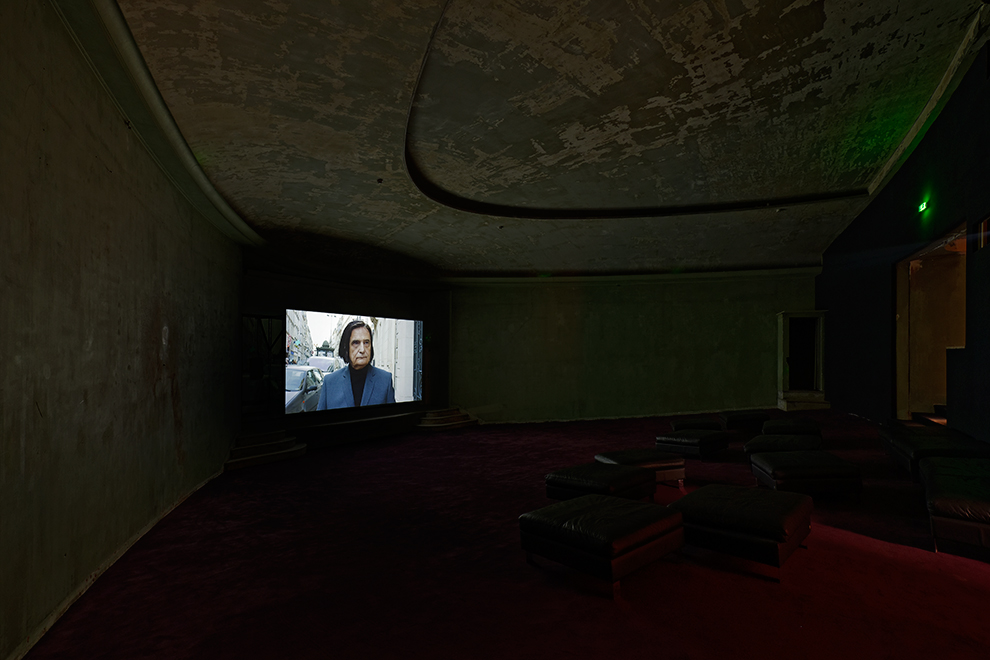 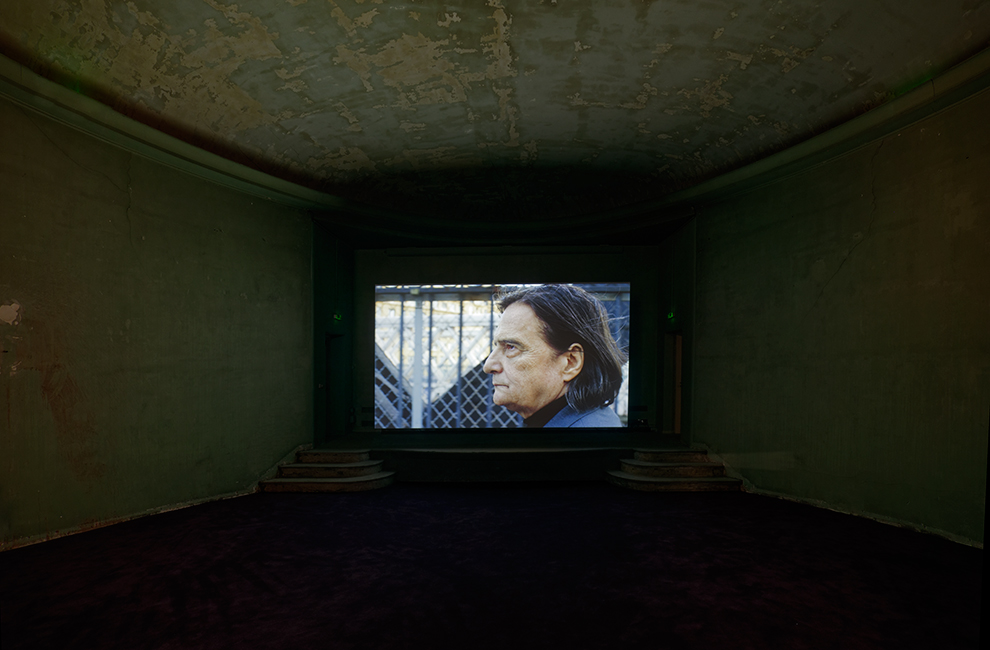 In the historic cinema of the Palais de Tokyo, Louidgi Beltrame presents his new project, El Brujo. The title, which means “sorcerer” in Spanish, is also the name of a Mochica archeological site on the Peruvian coast where the artist shot a part of his film. It shows the healer José Levis Picón reinter- preting the final sequence of François Truffaut’s movie Les Quatre Cents Coups (1959), in which the young hero Antoine Doinel, played by Jean-Pierre Léaud, runs away to the shore. The famous French actor also has a part to play in Louidgi Beltrame’s piece, and is filmed wandering through the streets of Paris. Through these transpositions, the artist orchestrates a series of shifts, with a migration of characters, patterns and eras: “Antoine Doinel is shifted in time and space, as well as in language. In Aymara, a native South American language, the past is placed in front of the speaker, and the future is placed behind him.”

The geometric lines of the pyramids and excavations of the Peruvian landscape are echoed in the structure of the film’s editing, with tracking and panoramic shots, and are highlighted by the synthetic modular music of the track Triangle (1979) by Jacno.

This same idea of transference can also be found in the aesthetic of the film posters on the walls. The graphic artists Coline Sunier and Charles Mazé have mixed illustrations of the famous archeologist Julio Tello, with the fluorescent colours of chicha advertisements, which cover the roadsides of Lima. His use of spatiotemporal displacements and anachronism invites us to experience the passing of historic and present time.