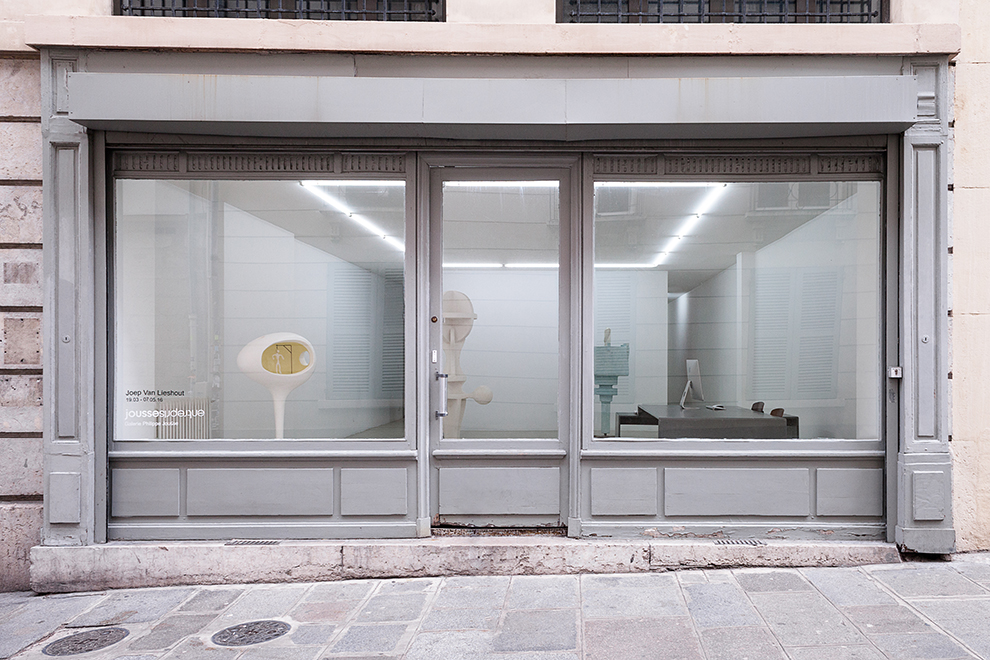 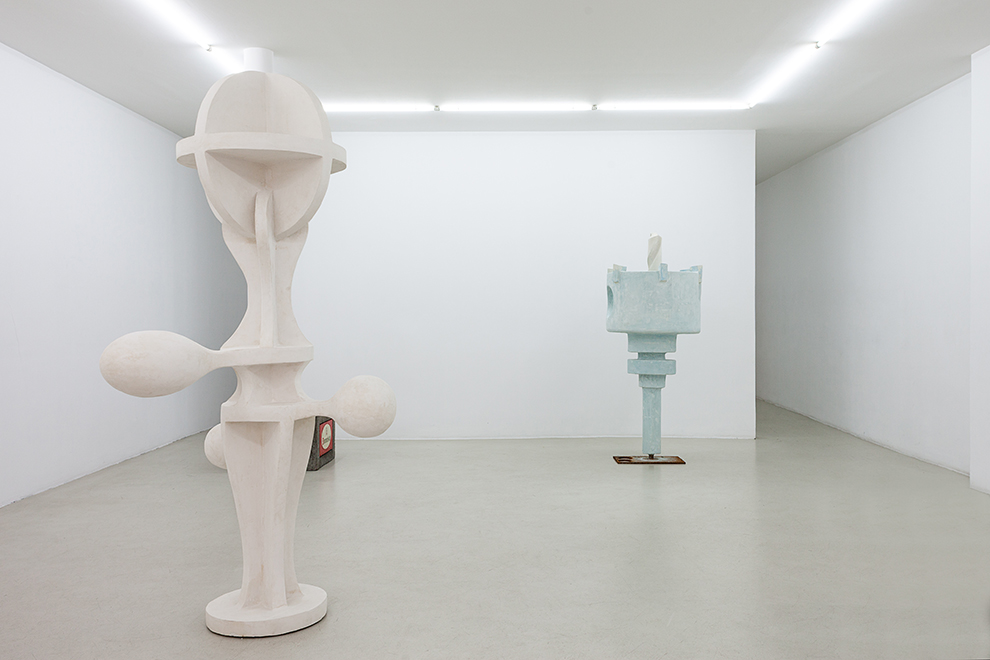 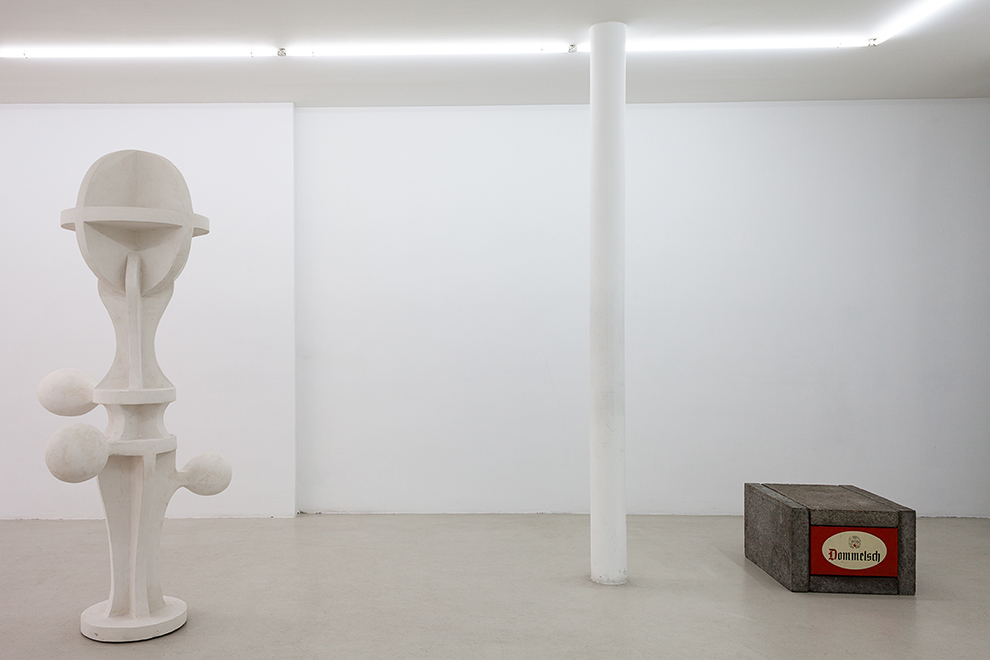 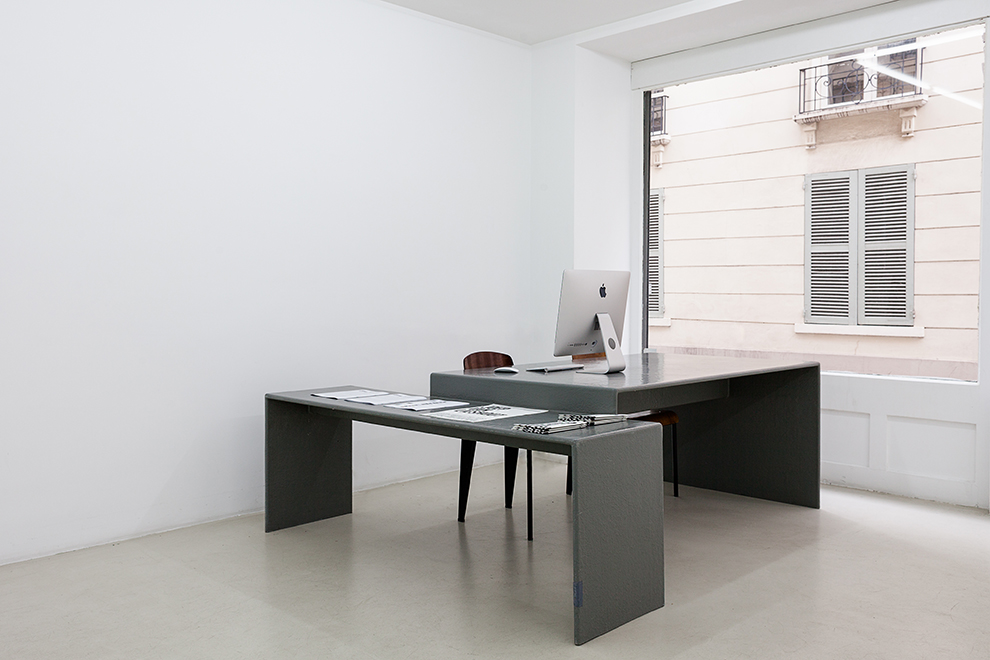 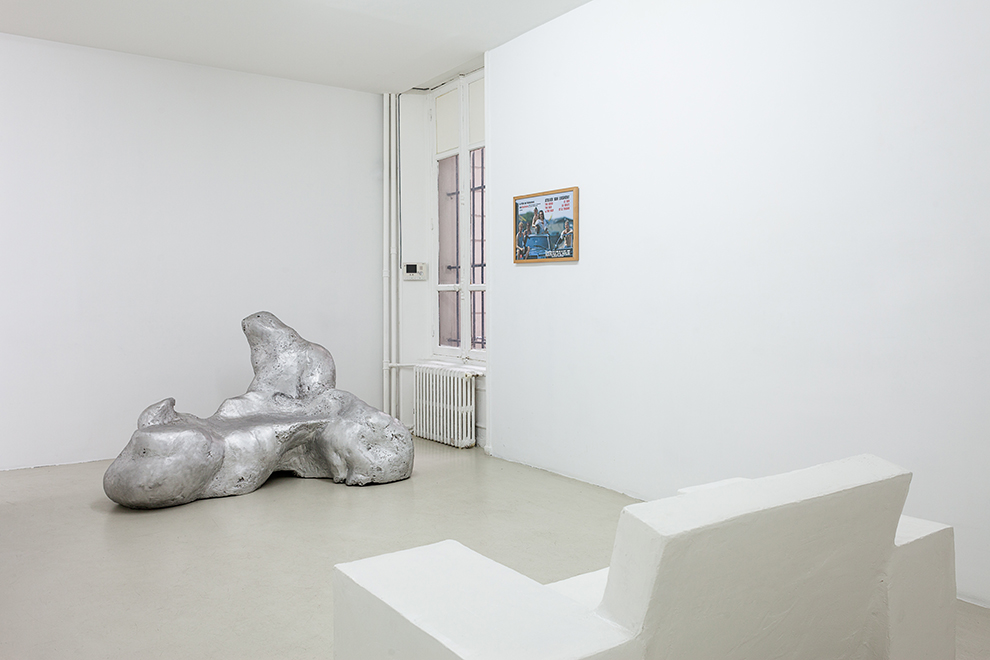 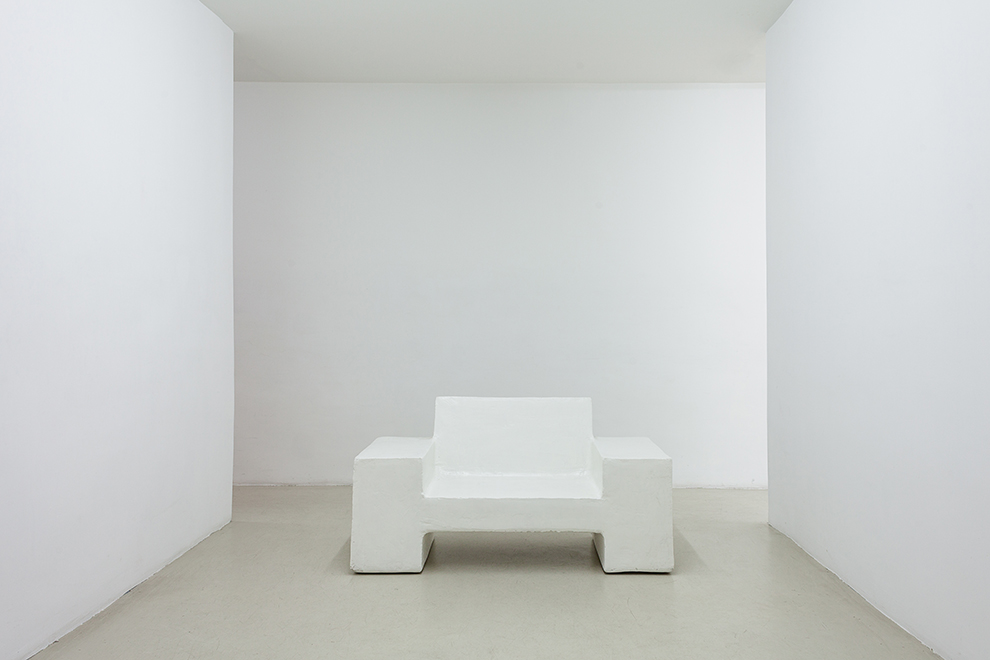 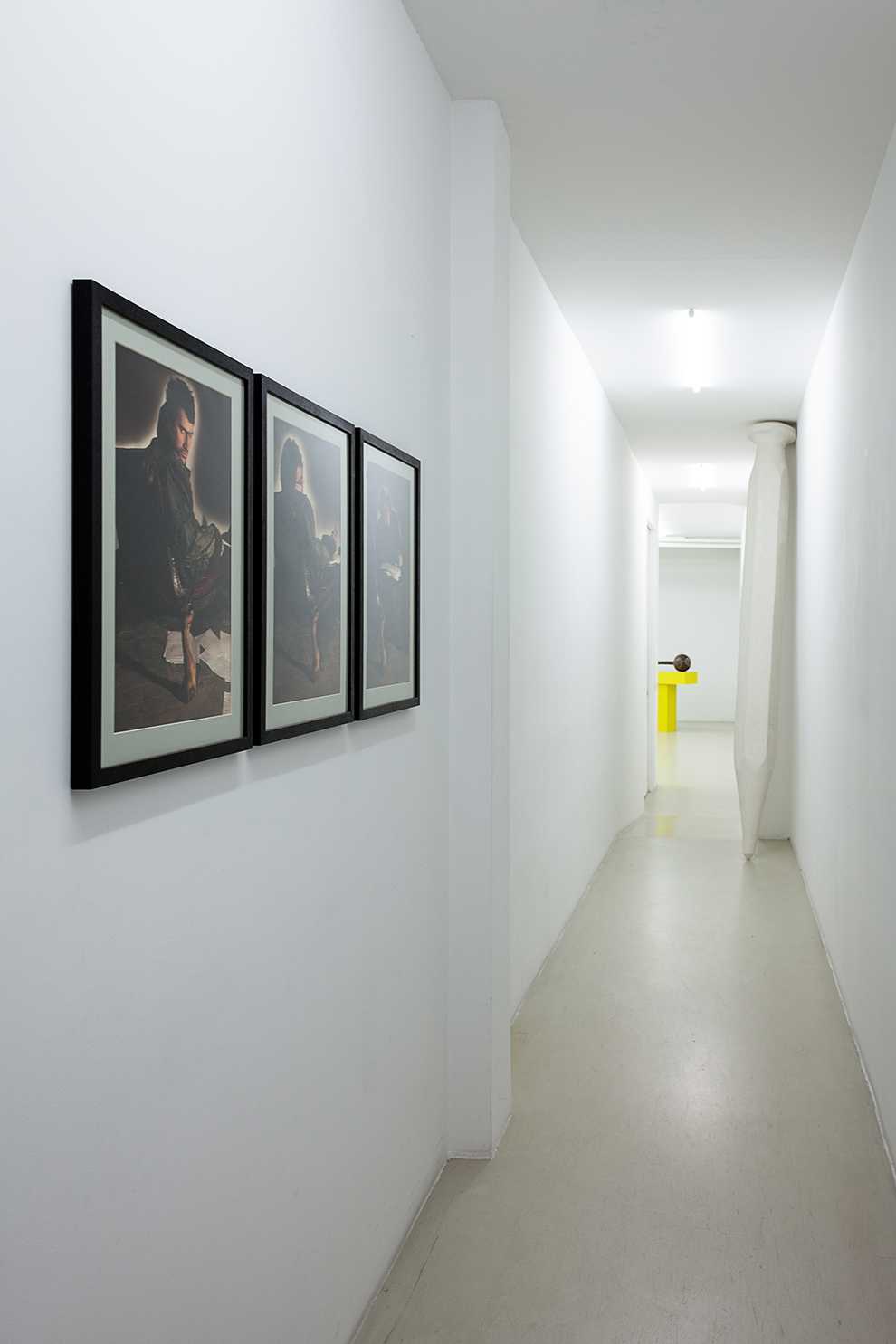 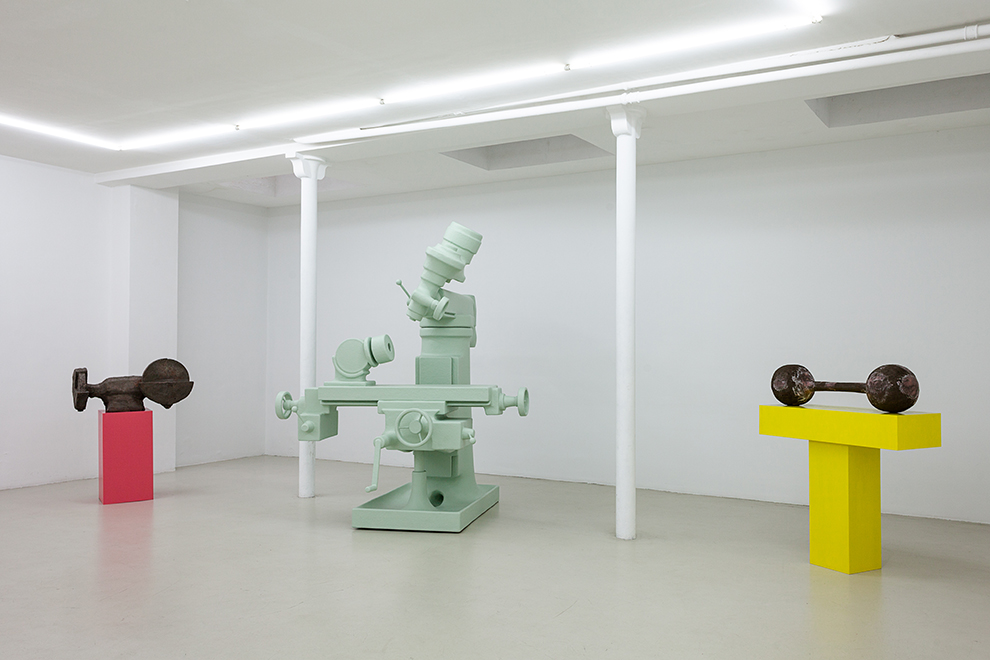 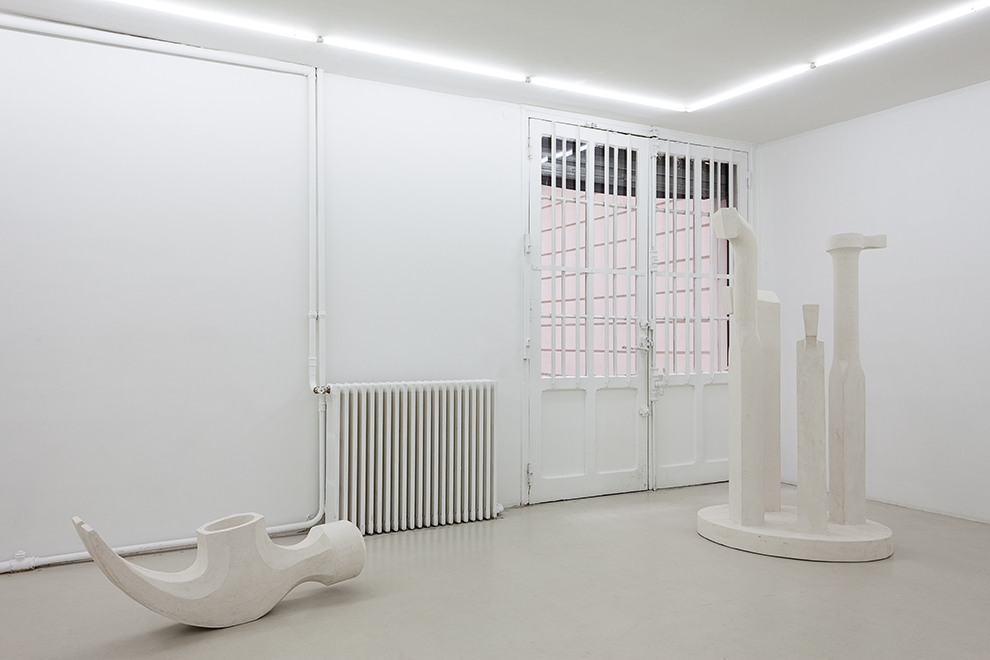 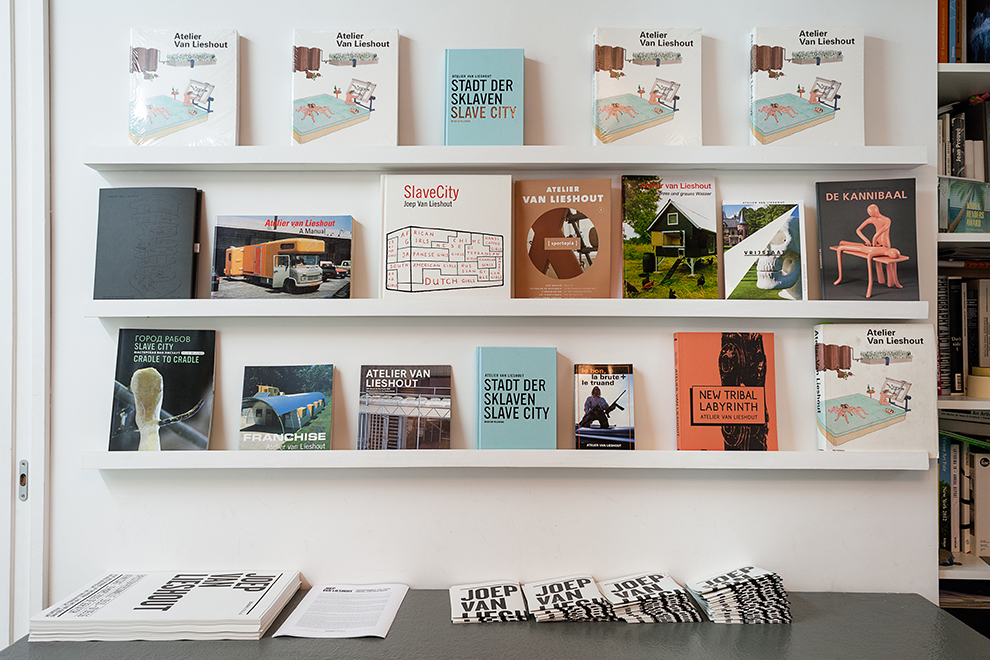 Joep van Lieshout: sculptor, visionary, “enfant terrible”, entrepreneur. At sixteen, Van Lieshout got himself accepted at the Rotterdam Academy of the Arts. After graduating, he rose to fame quickly, with projects that travelled between the world of easy-clean designs and the non-functional area of art: sculpture and installations, buildings and furniture, utopias and dystopias.

In 1995 van Lieshout founded his studio, Atelier Van Lieshout; ever since, he has been working under the name of the studio to undermine the myth of the artistic genius. Over the past two decades, Atelier Van Lieshout has produced a veritable cornucopia of works which straddle art, design and architecture. What these works have in common are a number of recurring themes, motives and obsessions: systems, power, autarky, life, sex, death. The human individual in the face of a greater whole. With this body of work, he has exhibited at museums and galleries worldwide. Few words about somes pieces….

In the first room, Untitled (the beercrate sculpture) : around 1986 Joep van Lieshout became engrossed in the classical themes of sculpture, such as composition and proportion. He produced a series of sculptures made of heavy blocks or iron and occasionally wood. But he was not satisfied with them as he found them too personal and academic. The breakthrough came when he started to make stacks of beer crates. The standard measurements allowed for countless different ways of stacking. and then things really took off: stacks of beer crates and pavement stones, pavement stones and heugafelt tiles and still more beer crates. In a miraculous way all these different things seem to fit within the same measurement scheme. Thus he not only discovered an objective basis for his work but – and more important – this work fulfills his desire to enter into the real culture in which we live, rather than escape from it.

In the second room: Humanoids, 2015, in aluminium: ‘Humanoids invite people to see the human soul in natural and manmade objects’. They are part of Joep Van Lieshout recent fascination with man and nature. Created for the outside, they appear as abstract figures, who use the park and the natural environment as their habitat, formulating a subtle statement about our relationship to nature and our origins. They can be use as rendezvous spots, places to remember, sketch, write, think or talk, and they encourage social interaction and contemplation.

Carl (Le Brutalist #6), 2015, in fiberglass: Les Brutalist is a body of cubist, functional sculptures in a style that Joep van Lieshout refers to as “nouveau brutalism”. With its abstract, geometrical shapes, Les Brutalist hold a clear reference to the utopian modernist movements of the early 20th century. At the same time, however, the installation addresses mans’ most primeval needs. It’s part of a series by Atelier Van Lieshout, entitled New Tribal Labyrinth, which presents a vision of a future, yet primitive, world inhabited by imaginary tribes where there will be different ethics. This world will see a return to farming and industry, to rituals and rites. From this corpus of research, In 2013, we did show in Unlimited, Basel “The Hagioscoop”, the first farm in a series that will eventually be combined with a larger group of farmhouses.

In the third room: AVL/GK, 2015 The dumbbell shaped sculpture AVL/GK was inspired by the work of Austrian Artist Guenther Kraus, who often used similar motives. Not unlike Joep van Lieshout, Kraus tried to emphasize the relation between different art forms: sculpture, painting, architecture. AVL/GK can be regarded as a homage to Kraus. “Monuments for Machines”, shows sculptures of machines and tools which AVL wants to start a Neo-Industrial Revolution. It wants to reinterpret and revalue the factories, manual labour and installations of the Industrial Revolution, by creating sculptures, made in an improvised style with contemporary materials. In our society, nowadays it seems that physical labour is reserved for others, whereas we are solely occupied with form. As a society we cannot just consume and use, real products should be made and grown. AVL wants to see a return to the idealism of production, where the shape and character of the material determine the design. Sculptures of machines and tools are an ode to vanished industry. These machines not only refer to the romantic longing to industry but further to this they will be honored to emphasize the fact that they brought the Western society freedom, wealth and prosperity.

Joep van Lieshout explains: “Industry used to play a vital role, as it enabled societies based on farming to reach a higher level of development and prosperity. Nowadays, however, everything that reminds us of physical production has been banned from our society, and has subsequently been removed from our sight. Our role is only to design, no longer to produce. In fact, all the things which we find undesirable seems to have been banished. Farm animals disappear into anonymous mega-stables, prisons and mental institutions get moved out to remote business parks. The only thing left in our sanitized world is consumption: retail, recreation, restaurants. This reinvention of the industrial revolution wants to make a link with, but at the same time transcend, the utopian socialist “Arts and Crafts” movement that tried to close the gap between designer, producer and user. Just like the “Arts and Crafts” movement wanted to protect craftsmanship against the effects of industrialization, AvL wants to protect Industry. Industry and production should be a part of our society, as should be manual labour, pollution and hardship. As a society we cannot just consume and use, real products should be made and grown.”