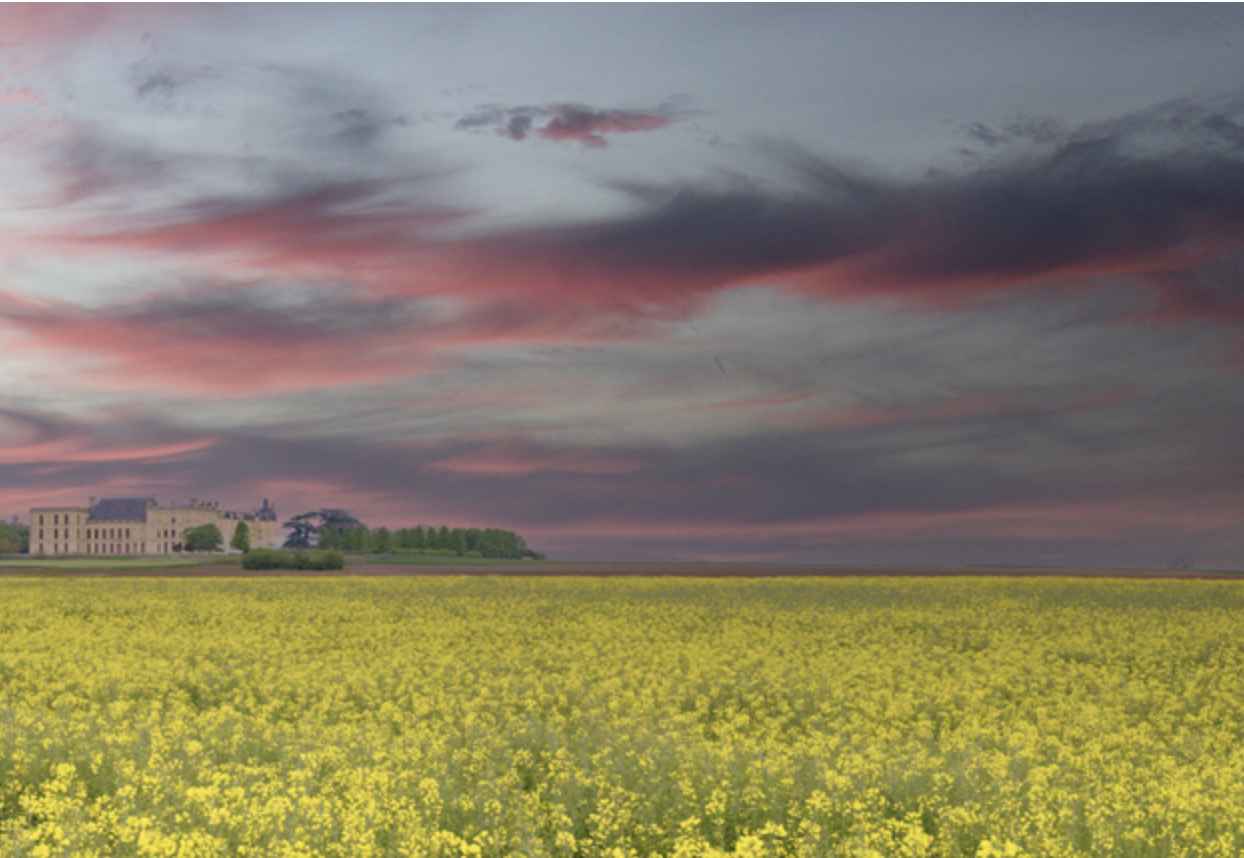 The “event horizon” is a term taken from astrophysics. It designates the limit of what is visible before the extreme density of the black hole, which this horizon borders, prevents the light from escaping. Like many scientific expressions, this one has a literary connotation that evokes an esoteric formula, a meteorological documentary or a disaster movie, which is indeed the case: the movie Event Horizon traces the sinuous journey of a team of scientists and American military personnel in search of a ship lost on the edge of a black hole. This B-movie, which has become cult, gathers all the clichés of the adventure film, which it mixes with a simplistic metaphor such as the one generally associated with the mysterious objects which populate the universe and which give rise to the most extravagant speculations.

There is however in this expression, a double contrary and paradoxical movement: the horizon returns to a limit, which, as one pursues it, is unceasingly pushed back; the events, them, define our present. “The world is everything that happens,” wrote Wittgenstein at the opening of his famous Tractatus. The “event horizon” is both the limit of the knowable world and a space beyond which we are supposed to project ourselves. The expression can also be understood as the frontier that should not be crossed, as the fire with which one should not play, at the risk of tipping into the unknown.

Once a bulwark against all kinds of invasions, the medieval castle has evolved over the centuries into a place of pleasure. The old fortifications gave way to large gardens to accommodate the pomp of the nobility. Finally, the contemporary art collections have invaded the spaces. “L’horizon des événements” is an in situ exhibition, which takes the Château d’Oi- ron as the archetype of any residence. It broadens the notion of habitat to the entire planet, in order to import “terrestrial” concerns, without sinking into an alarmist discourse, by leaving exit doors to the imagination, as an emergency horizon …

The exhibition can be understood according to a spiral path that would start from the room of the muses, where Anne-Charlotte Finel presents L’œil du python. This work, in video format, echoes the 17th century décor, conceived as a series of figures in the round around the room, under the eye of Mars, god of war, on the ceiling and Diana the Huntress, on the overmantel of the fireplace. The python, symbol of danger, is presented here under the auspices of a disturbing sensuality. The suggestive coils of the reptile make us forget the threat it represents; the blues and golds of its skin respond to the tones of the room. In the large room on the floor above, the artist has imagined a scenario that stages the Homeric imagery of the large gallery on the second floor. She projects, right on the stone wall, a film-mise en abime, where the sophistication of the castle’s decorations rubs shoulders with the fury of the elements unleashed in the gardens on stormy days.