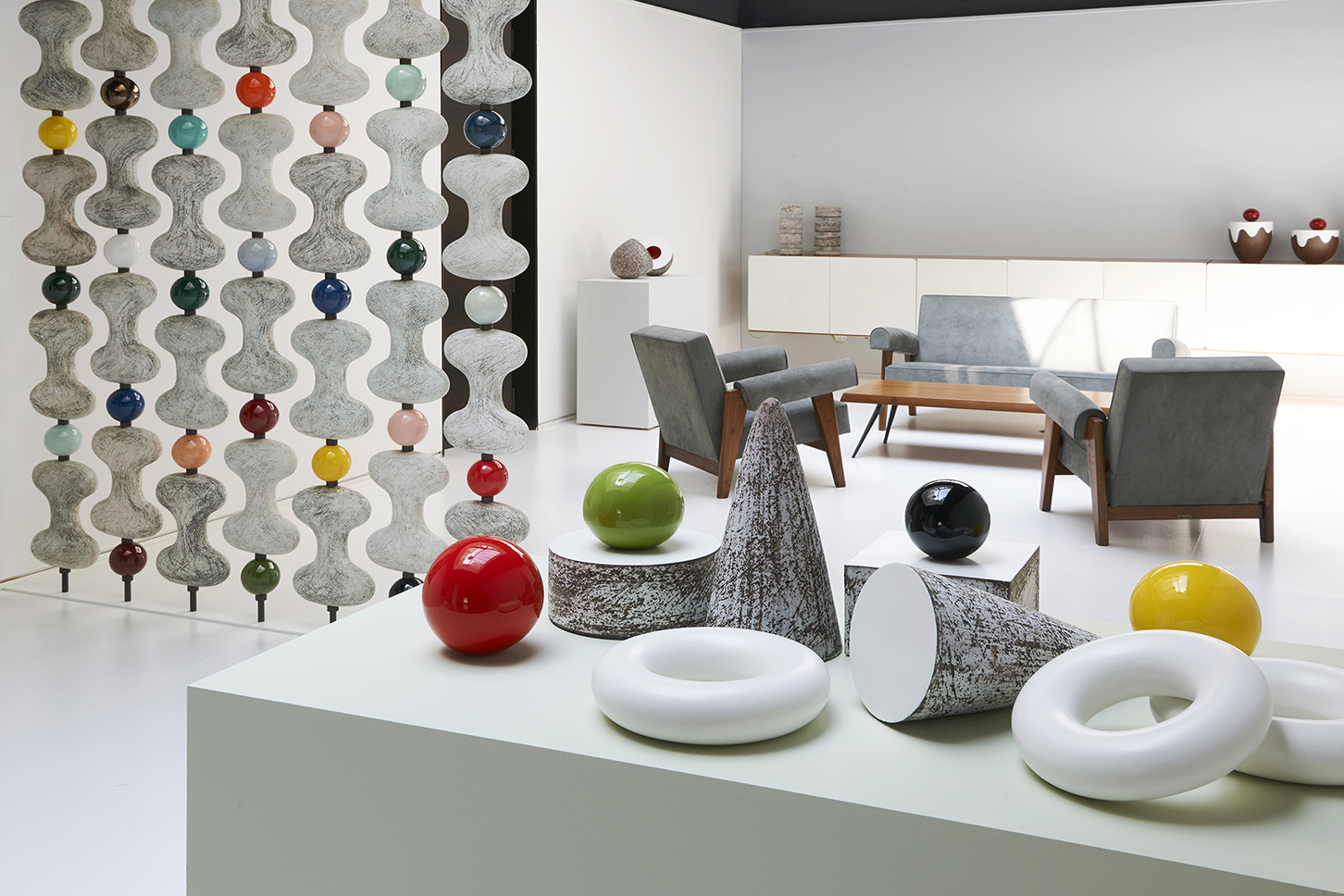 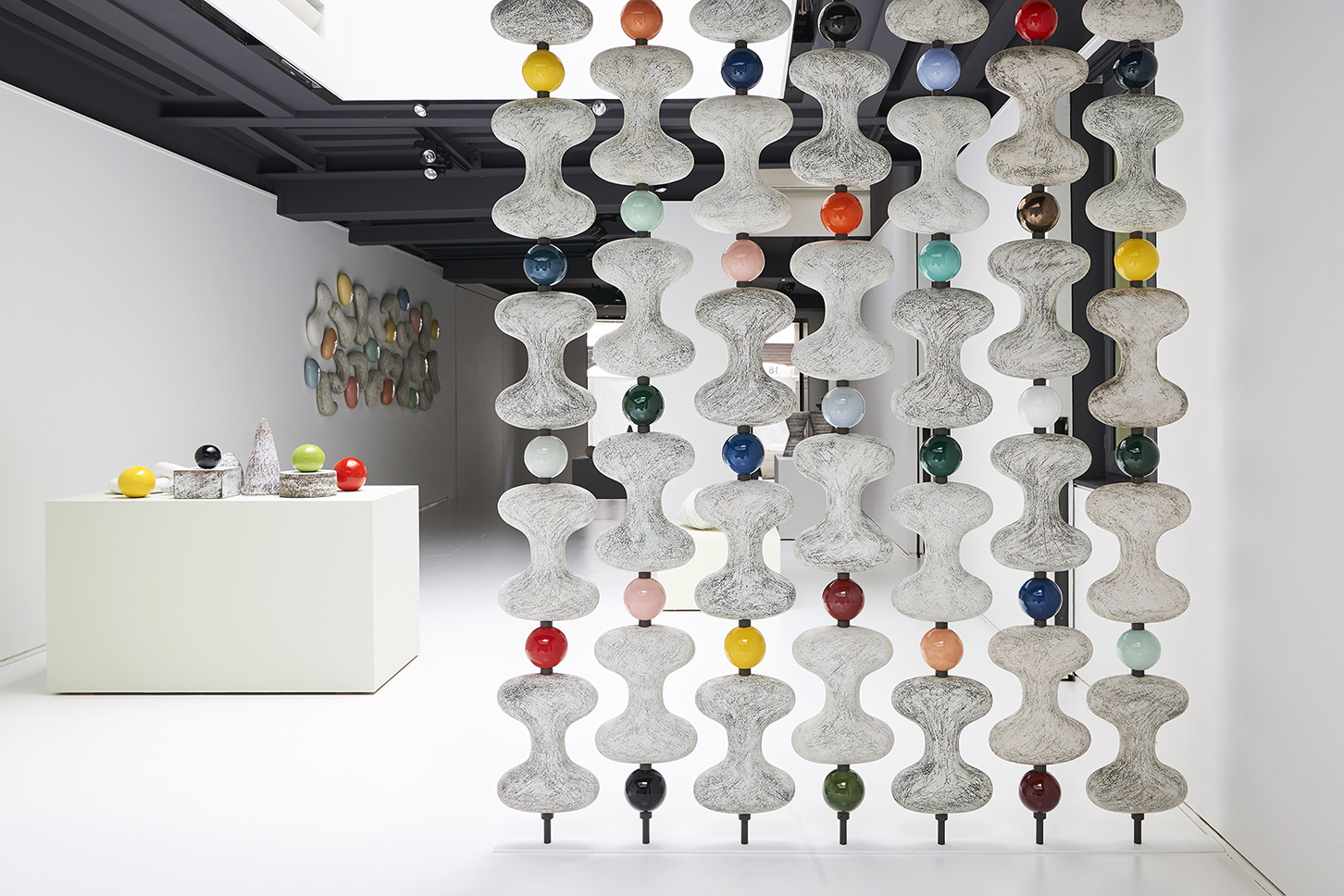 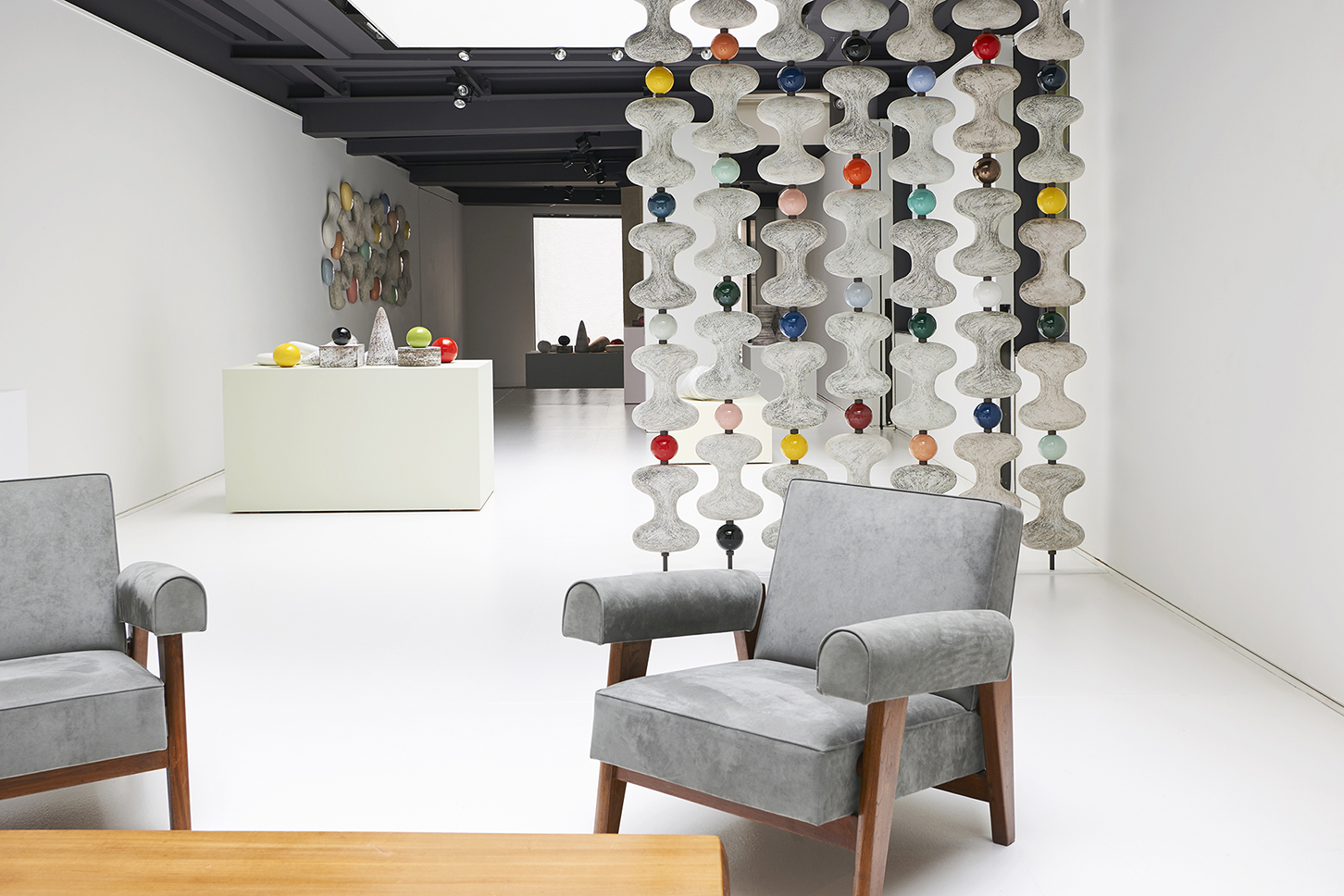 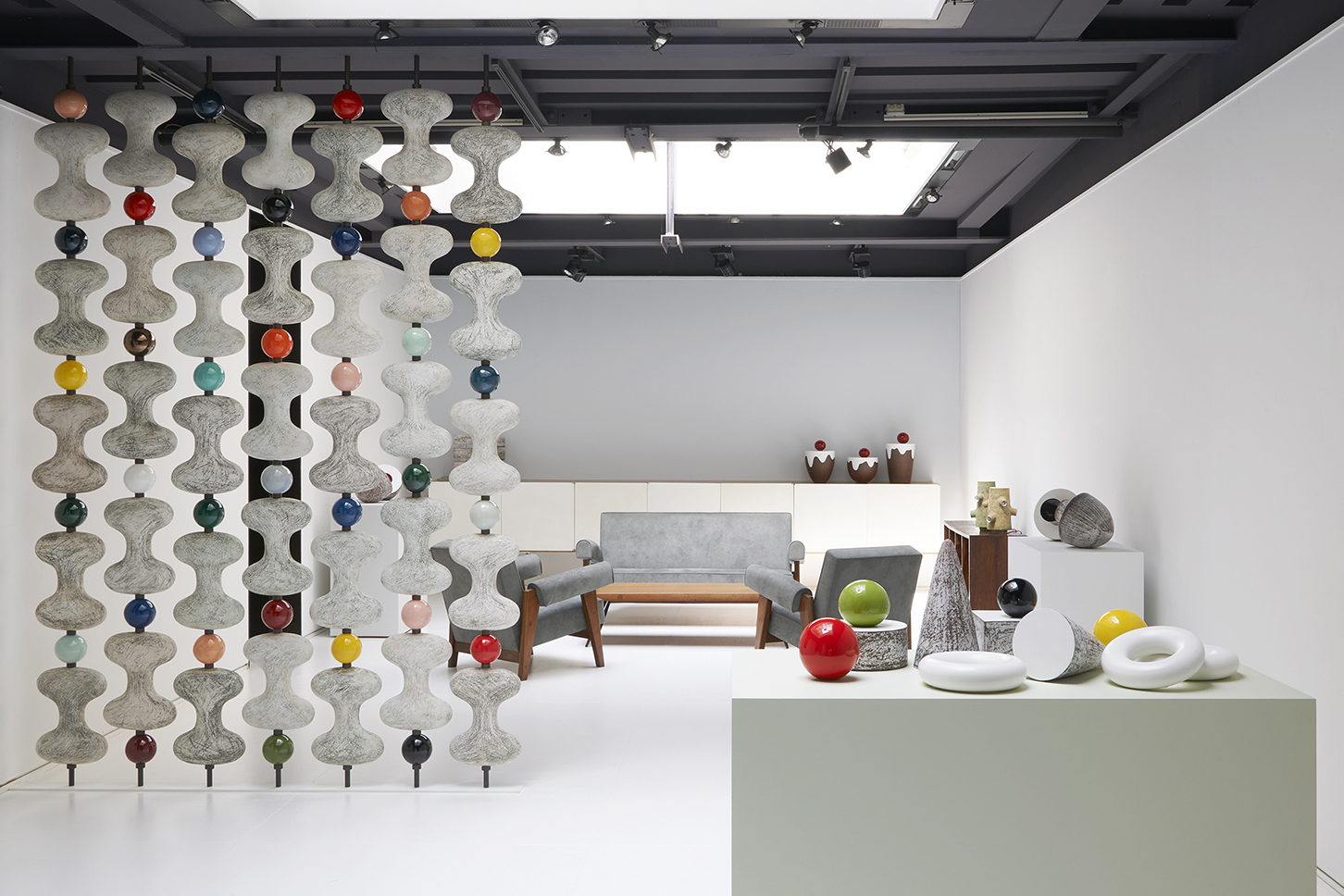 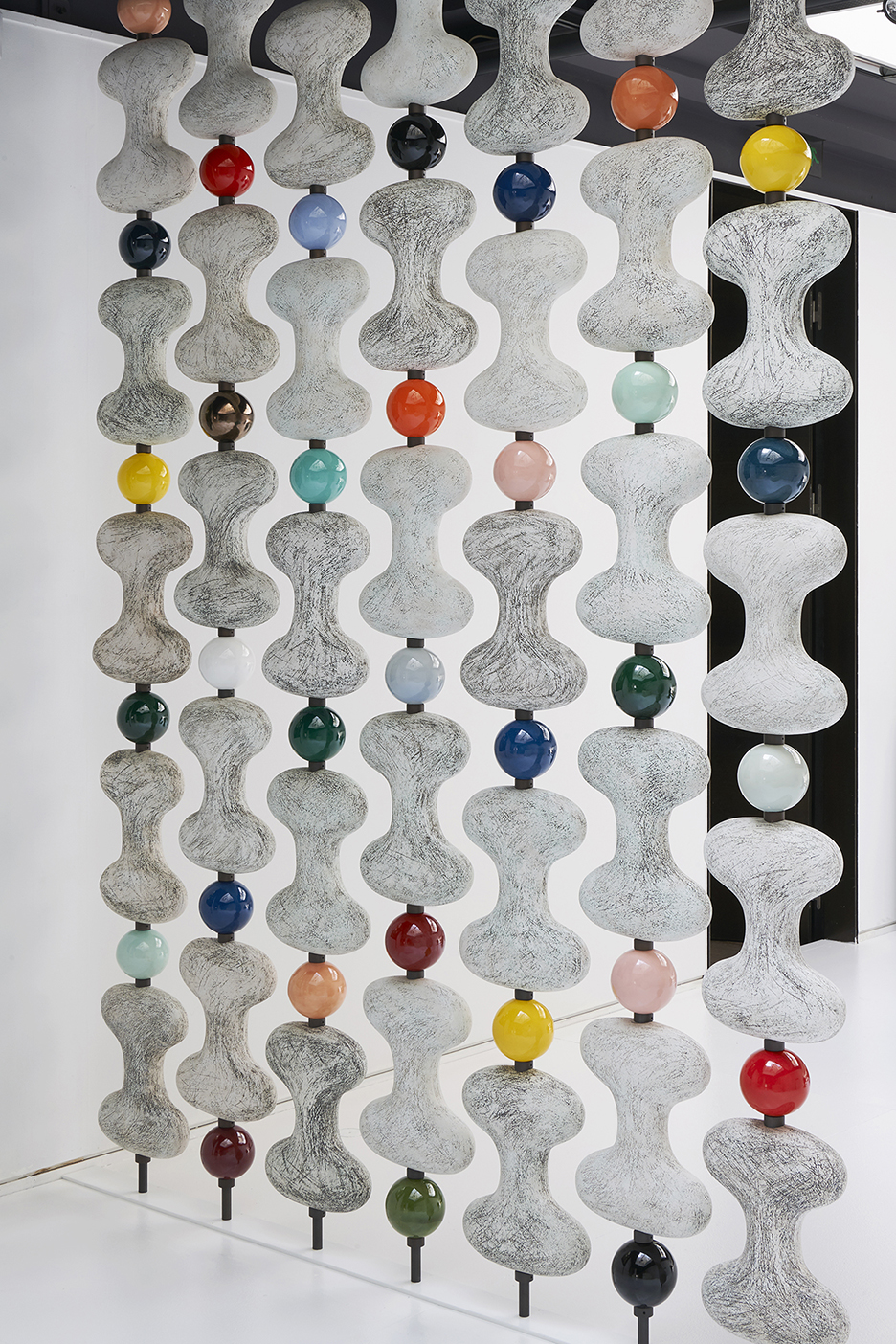 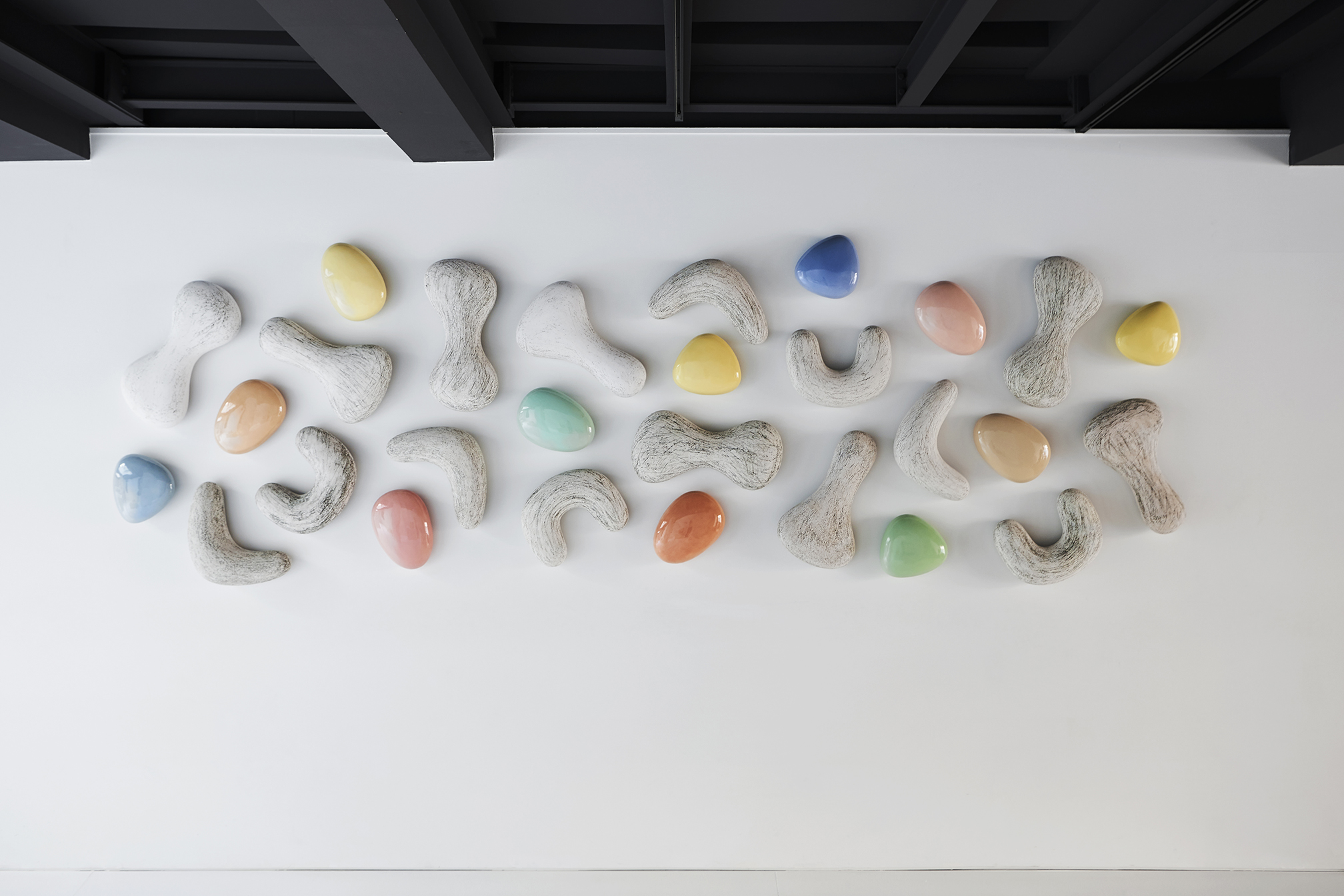 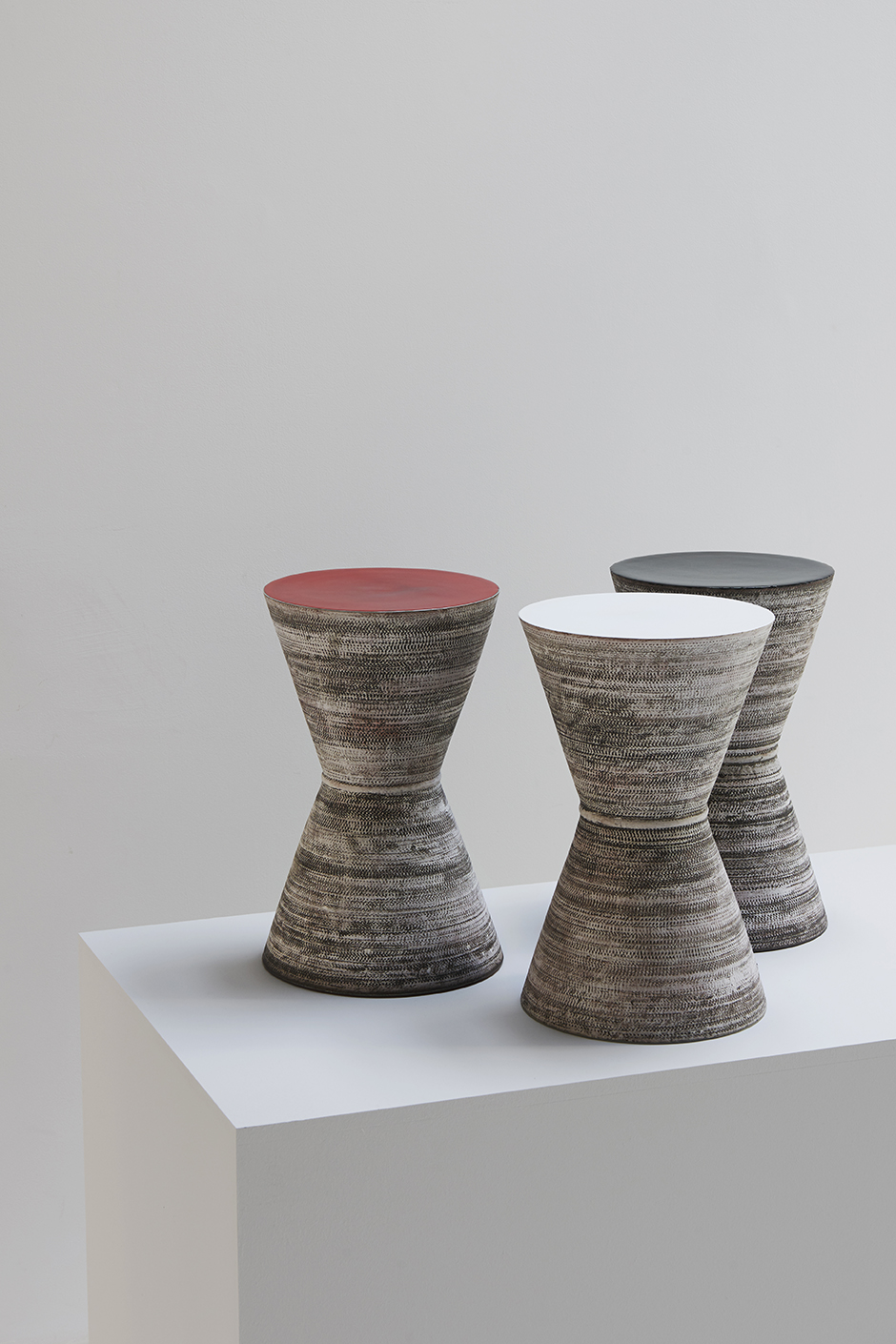 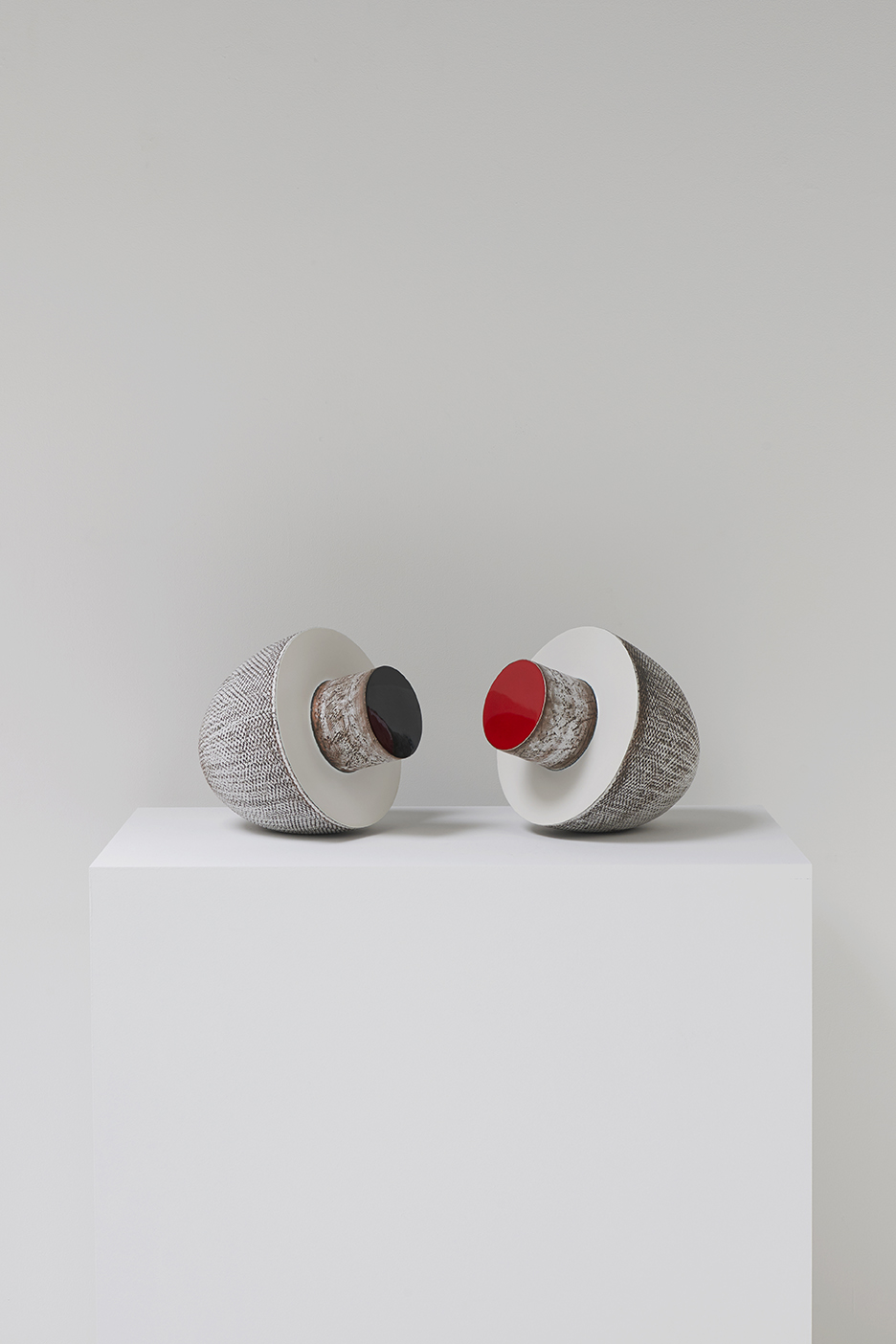 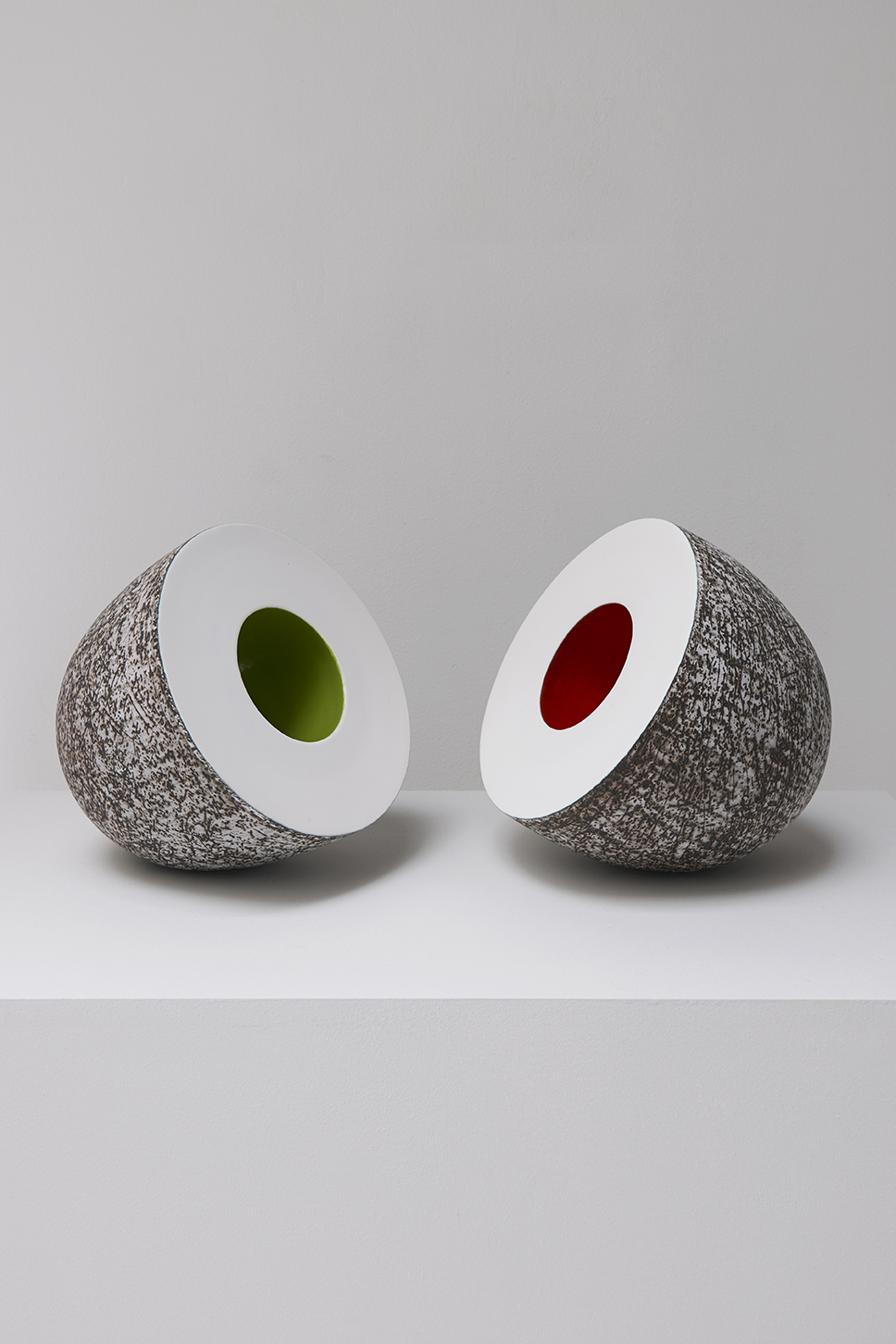 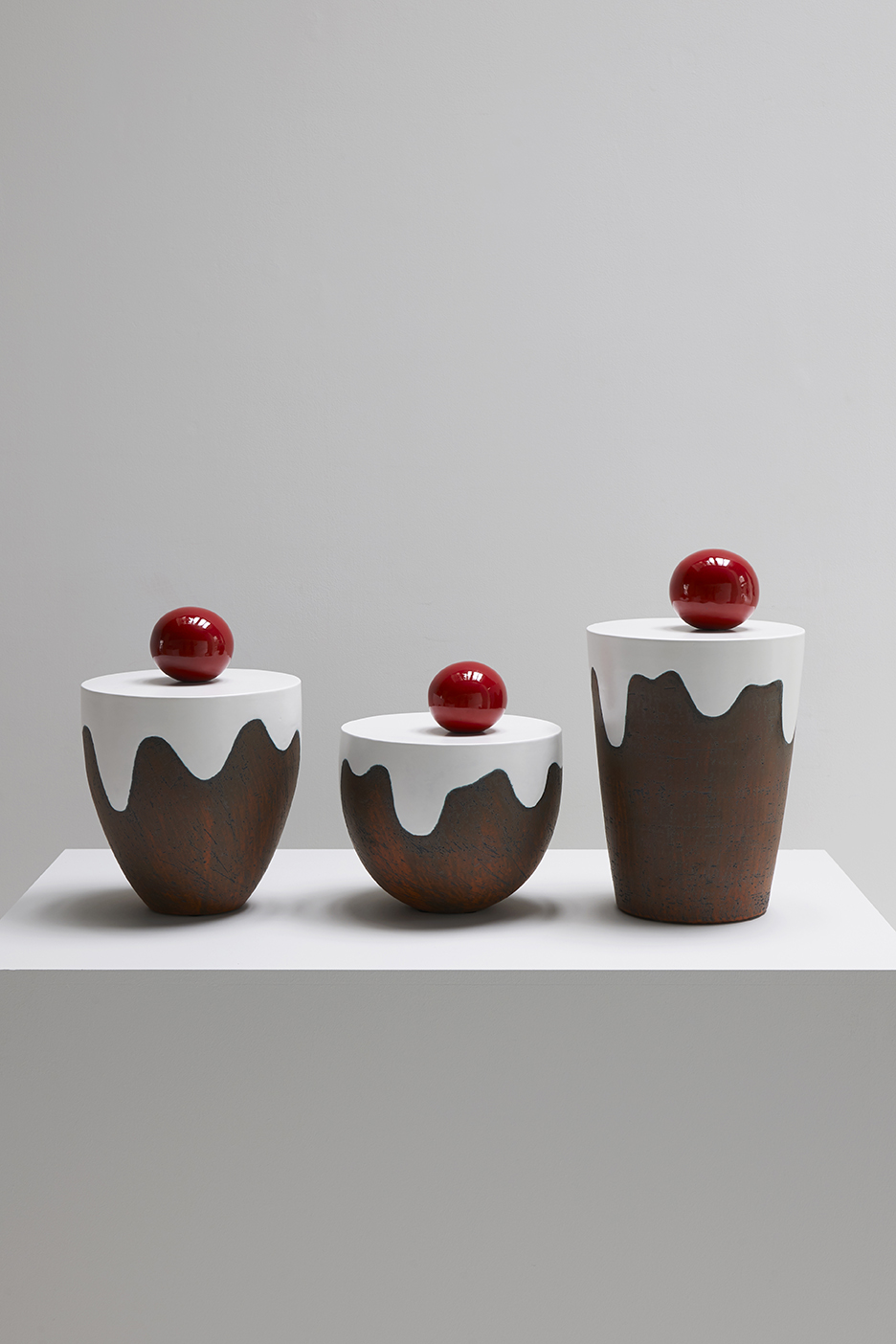 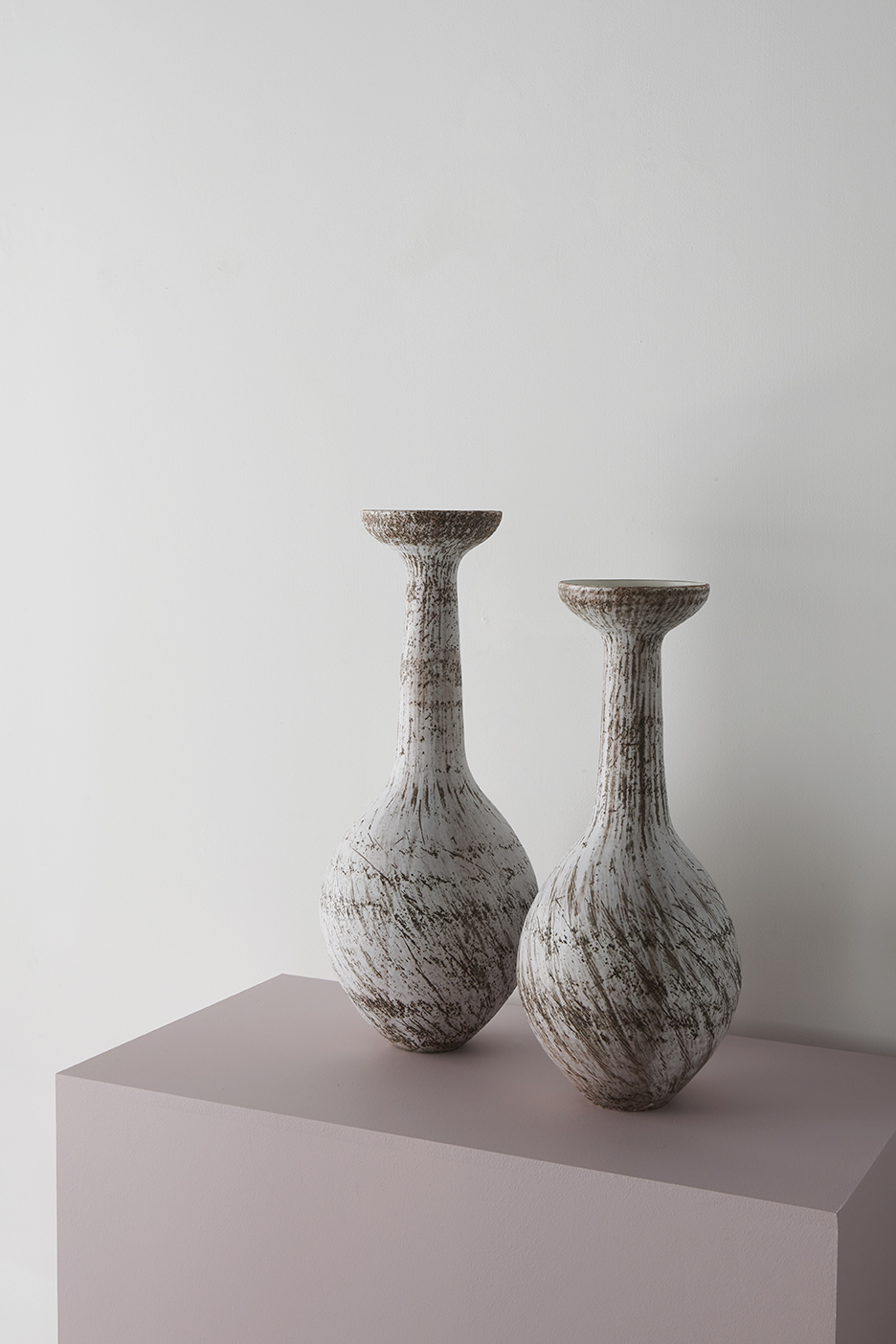 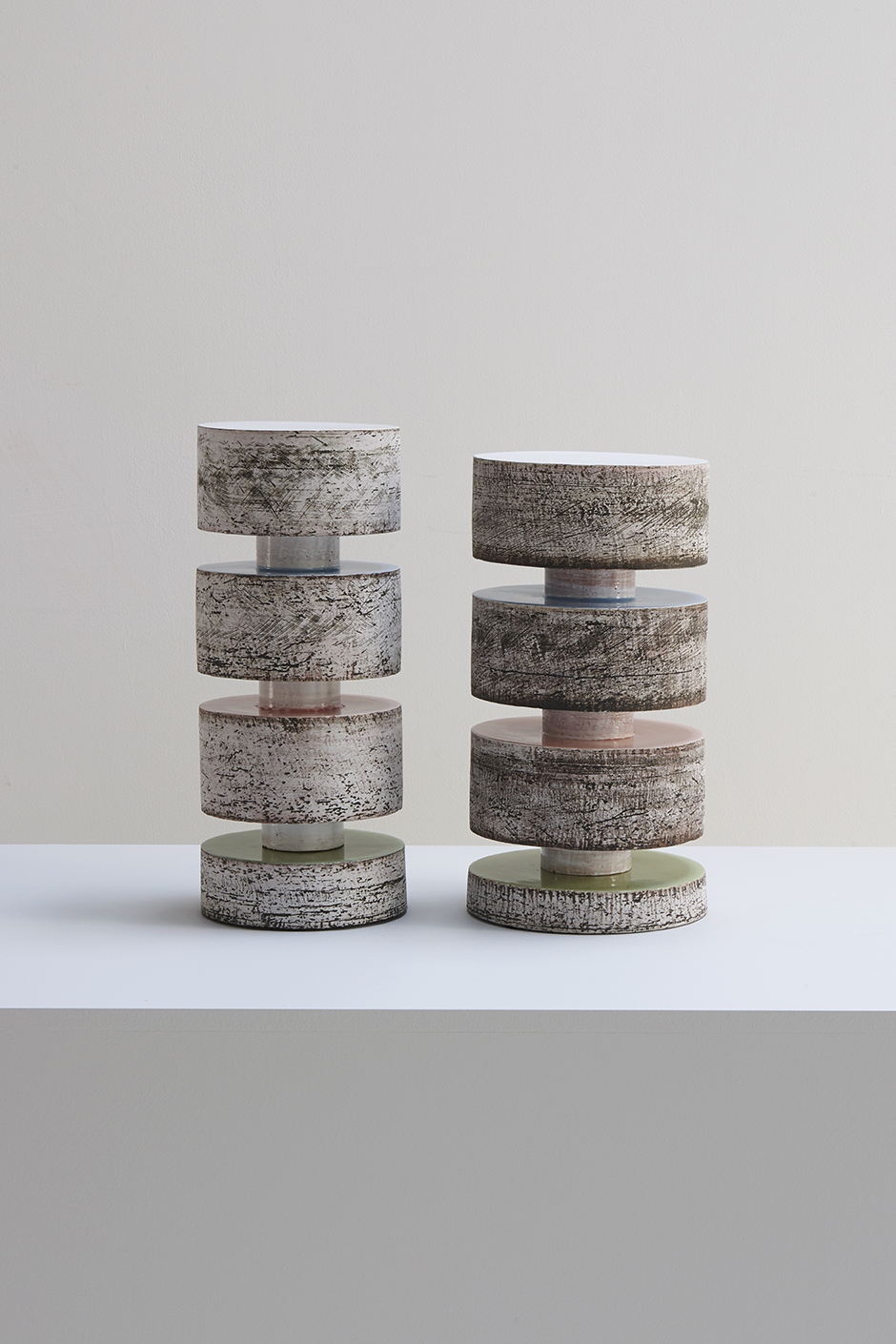 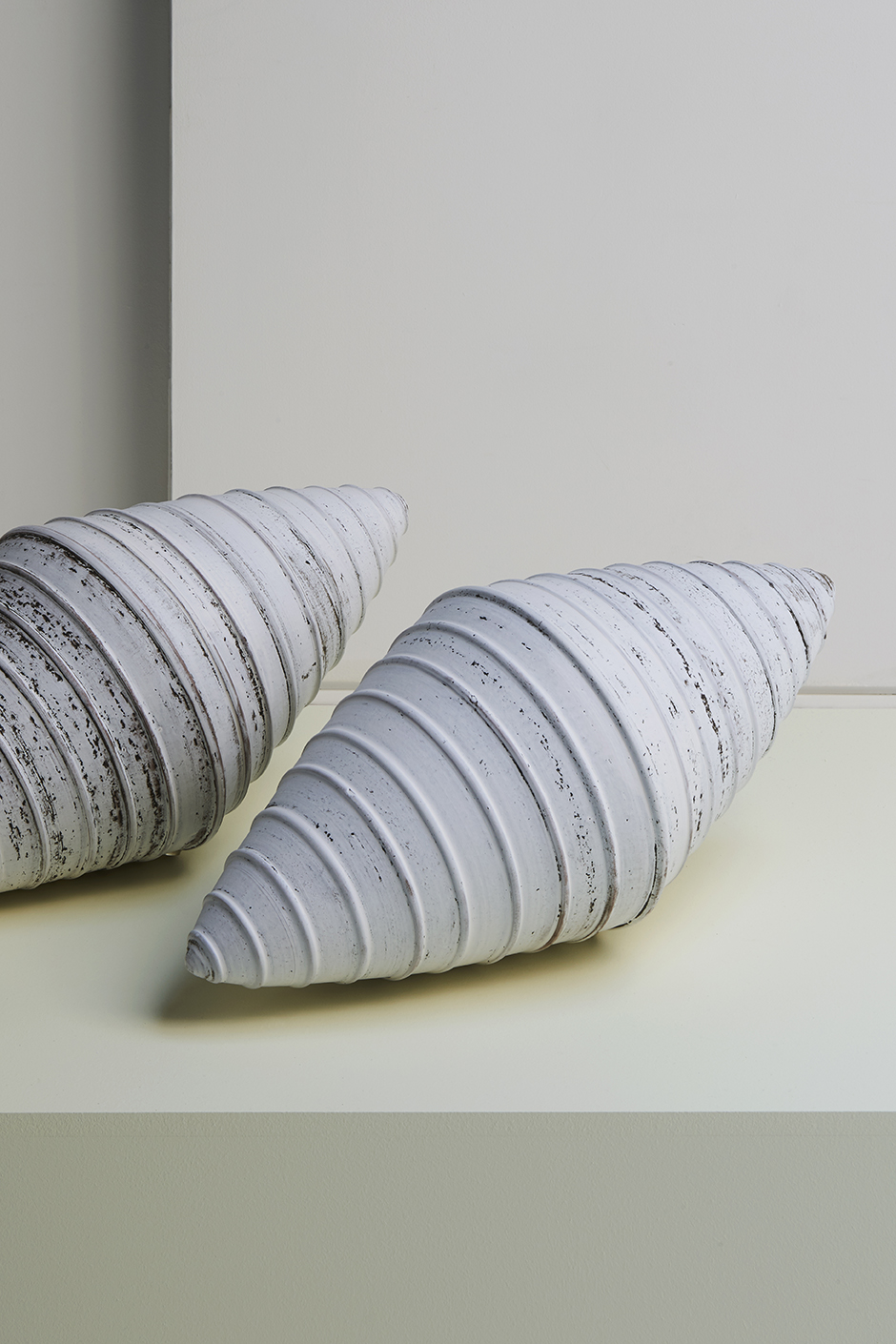 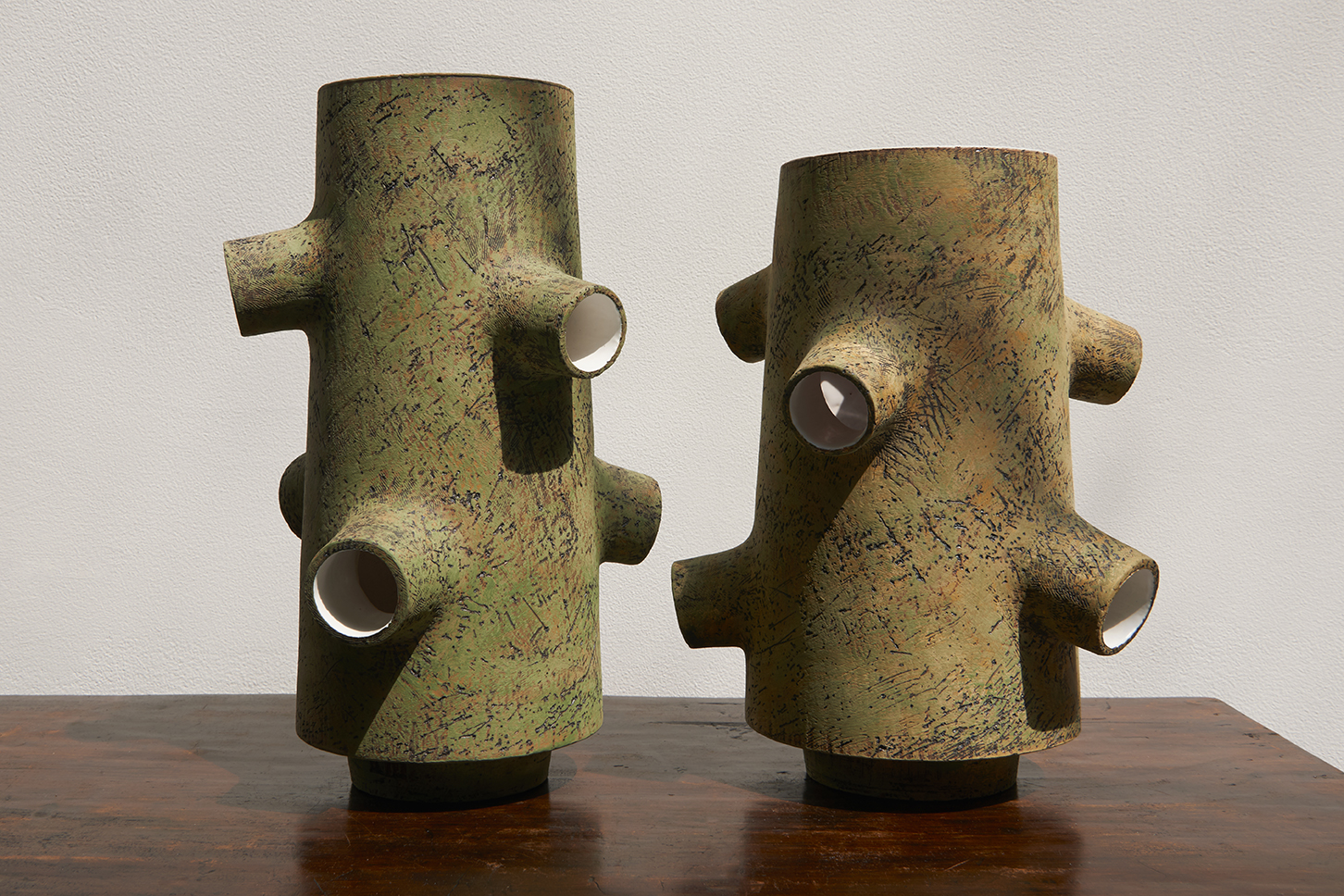 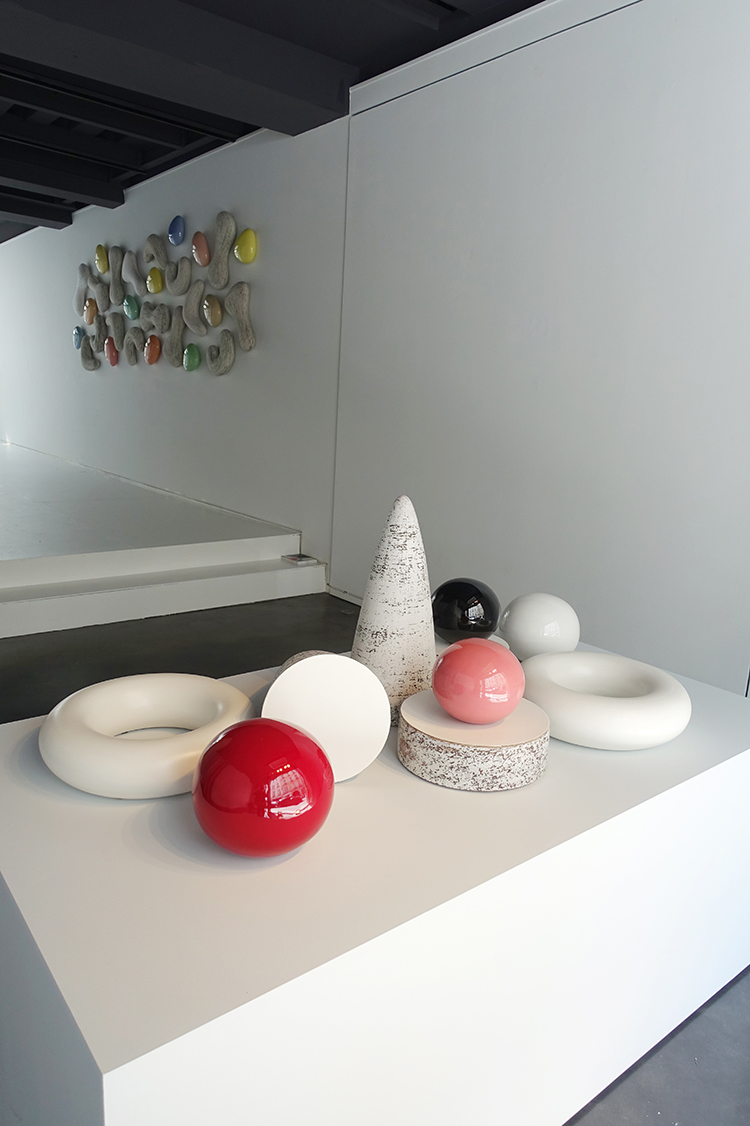 While celebrated in 2009 as an “outstanding talent” by the prize for L’Intelligence de la main awarded by the Fondation Bettencourt Schueller, and in 2012 by Sèvres-Cité de la Céramique, which held a retrospective of her work a er a four-year residency, the American artist Kristin McKirdy is still an experimenter. A er her 2006 show at the Galerie Mouvements Modernes, run at the time by Pierre Staudenmeyer, she has been constantly coming up with new work, and surprising us. She recently became involved with jewellery for the couturier Kris Van Assche. Her limited-edition “talisman sculptures” enriched the 2016 Homme collection for the house of Dior. Today, she is grappling with the architectural dimension of space in her third solo show at the Galerie Jousse Entreprise (from Friday 18 May to Saturday 23 June). As a major gure in contemporary ceramics whose work recently found its way into the collections of the Museum of Arts and Design [MAD] with a wall sculpture and the “Co re-Nuage” (Cloud-Chest) from Sèvres, Kristin McKirdy is also showing new installations and sculptures, in addition to a mural work, as well as novel forms and textures, and light objects.