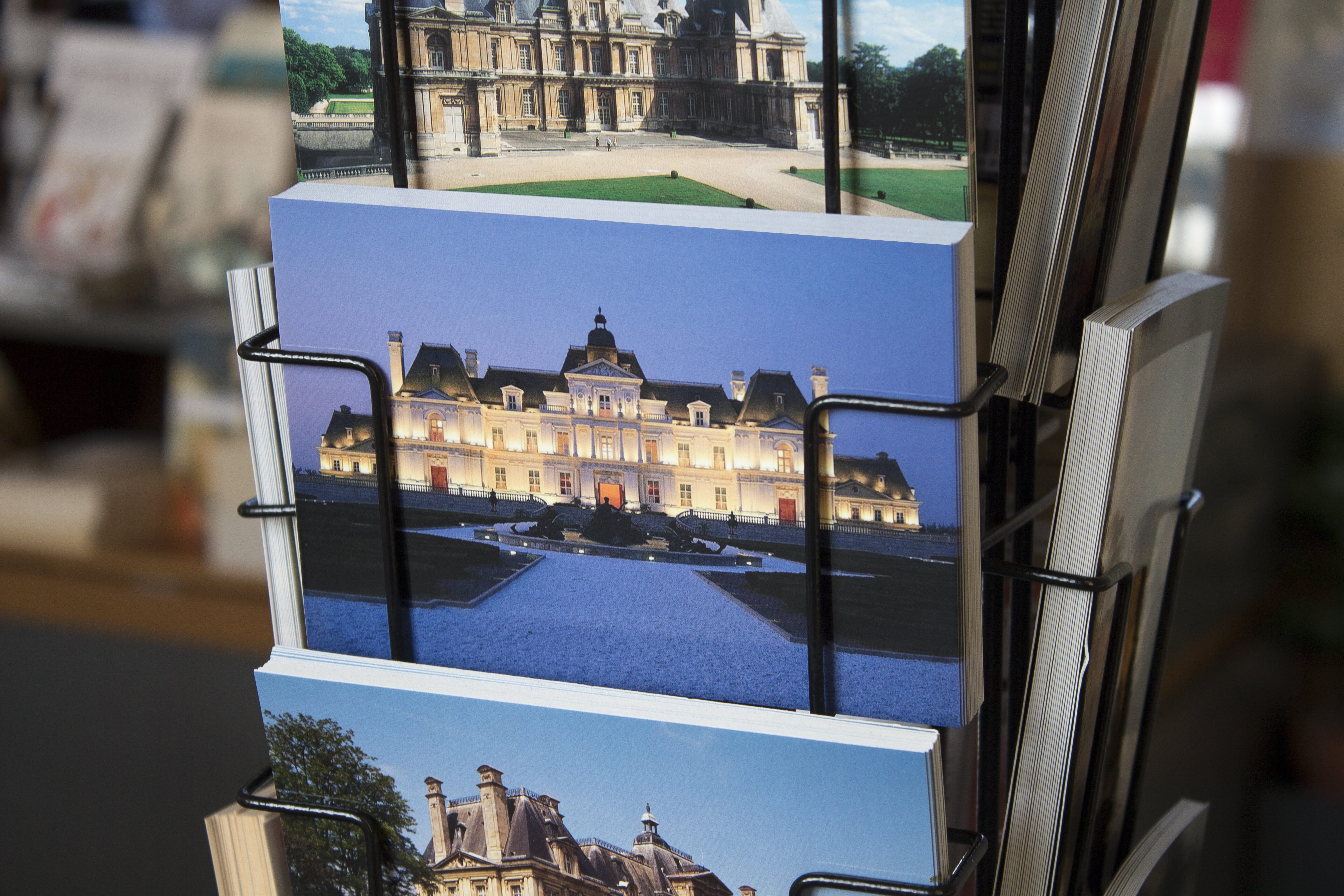 The Maisons-Laffitte château has been imitated often. A replica was even built in the suburbs of Beijing. Invited to participate in an exhibition at the real château*, Martin Le Chevallier published a postcard with a picture of the Chinese replica to be presented alongside postcards with pictures of the authentic monument in the château’s souvenir boutique. A discreet parasitical device evoking at once globalization and the travesties of exoticism.