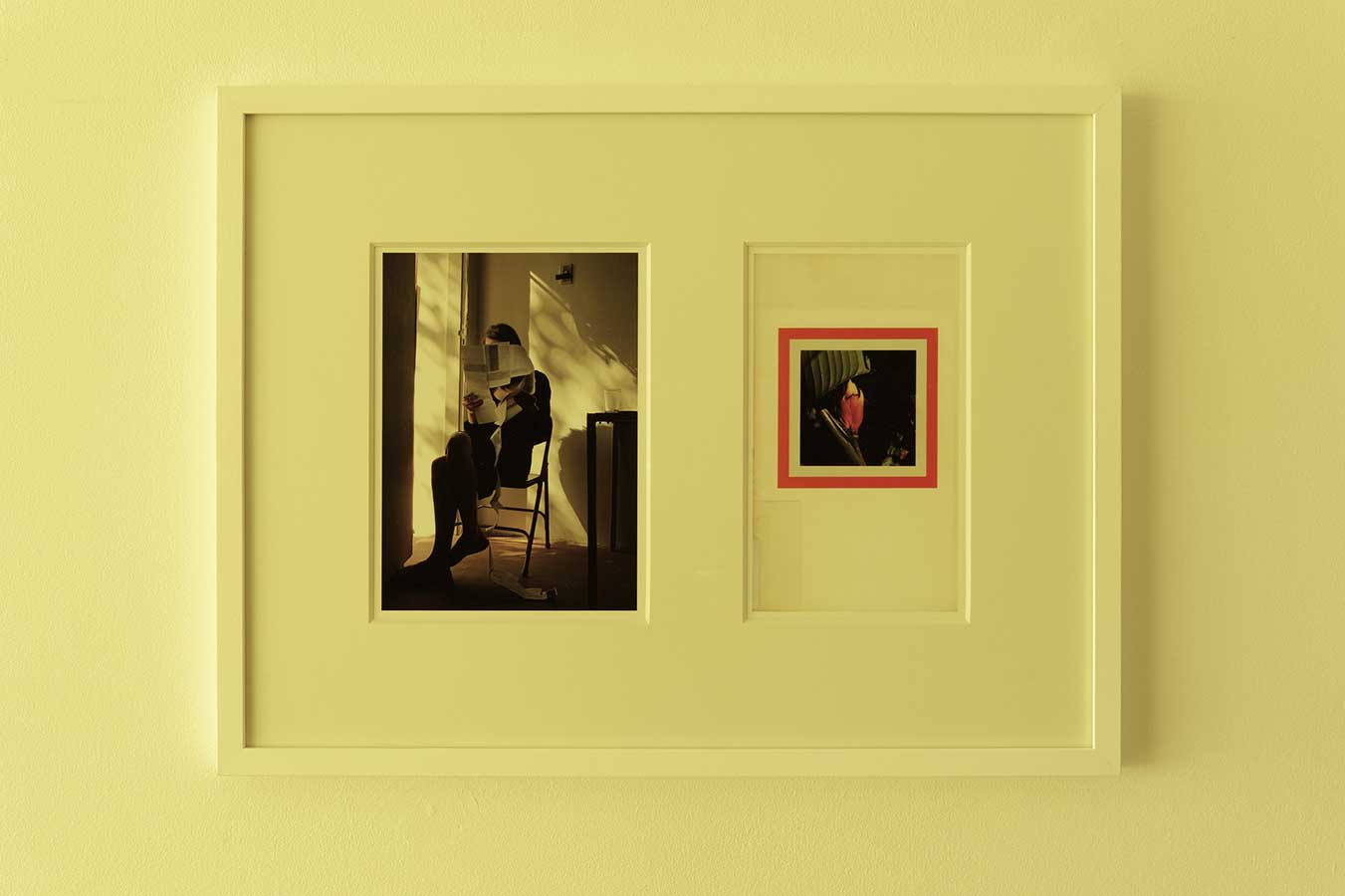 The diptych Tecnicamente Dolce compares the half-erased cover of Michelangelo Antonioni’s eponymous script, which never became a film, with the figure of a woman reader photographed back-lit in a tropical interior. The text, which never became a film, describes the Amazonian escape of an Italian political journalist—an existential screenplay in which T, the reporter, and S, the young anthropologist, get lost in the jungle after a plane crash. Tecnicamente Dolce was supposed to end on the jungle’s edge with the city of Brasilia in the distance.