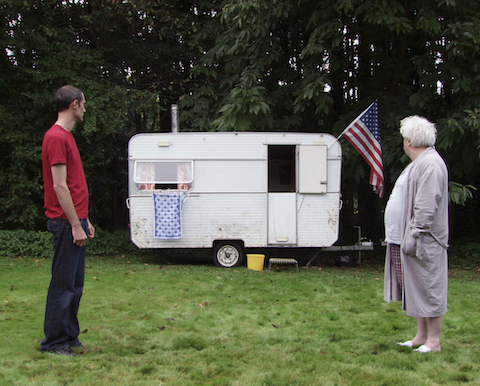 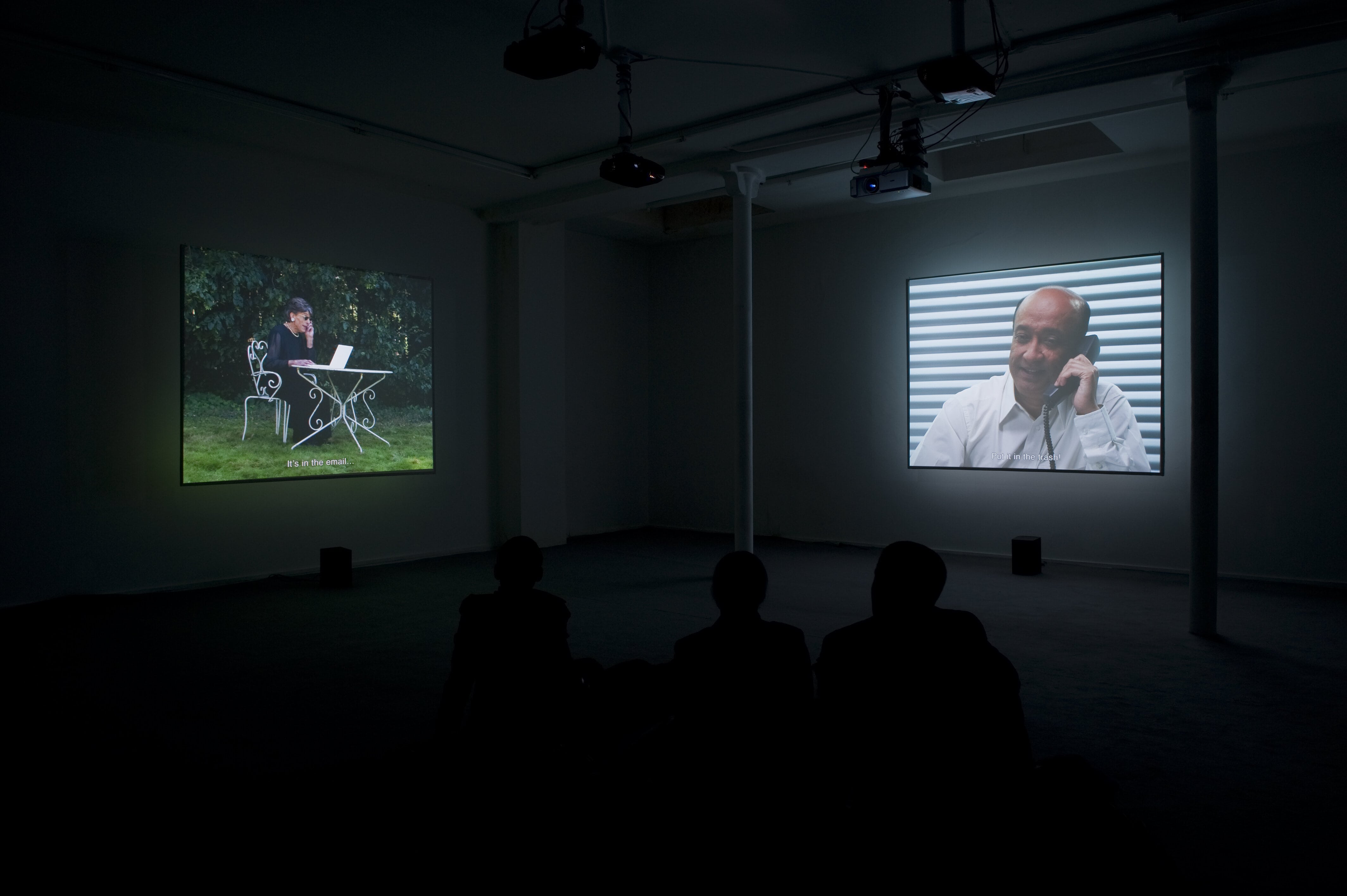 The 2008 Village features archetypal figures of globalization – a Western consumer, an Amazonian land clearer, a Chinese worker, and others – conversing with one another, accusing each other of being responsible for their difficulties and excusing themselves for the harm they’re causing.The globalization of exchanges and hardships is crystallized in this burlesque fable with a pedagogical thrust. The 2008 Village is at once a short film and a video installation with four screens surrounding viewers, as if they were at the center of the world and its folly.