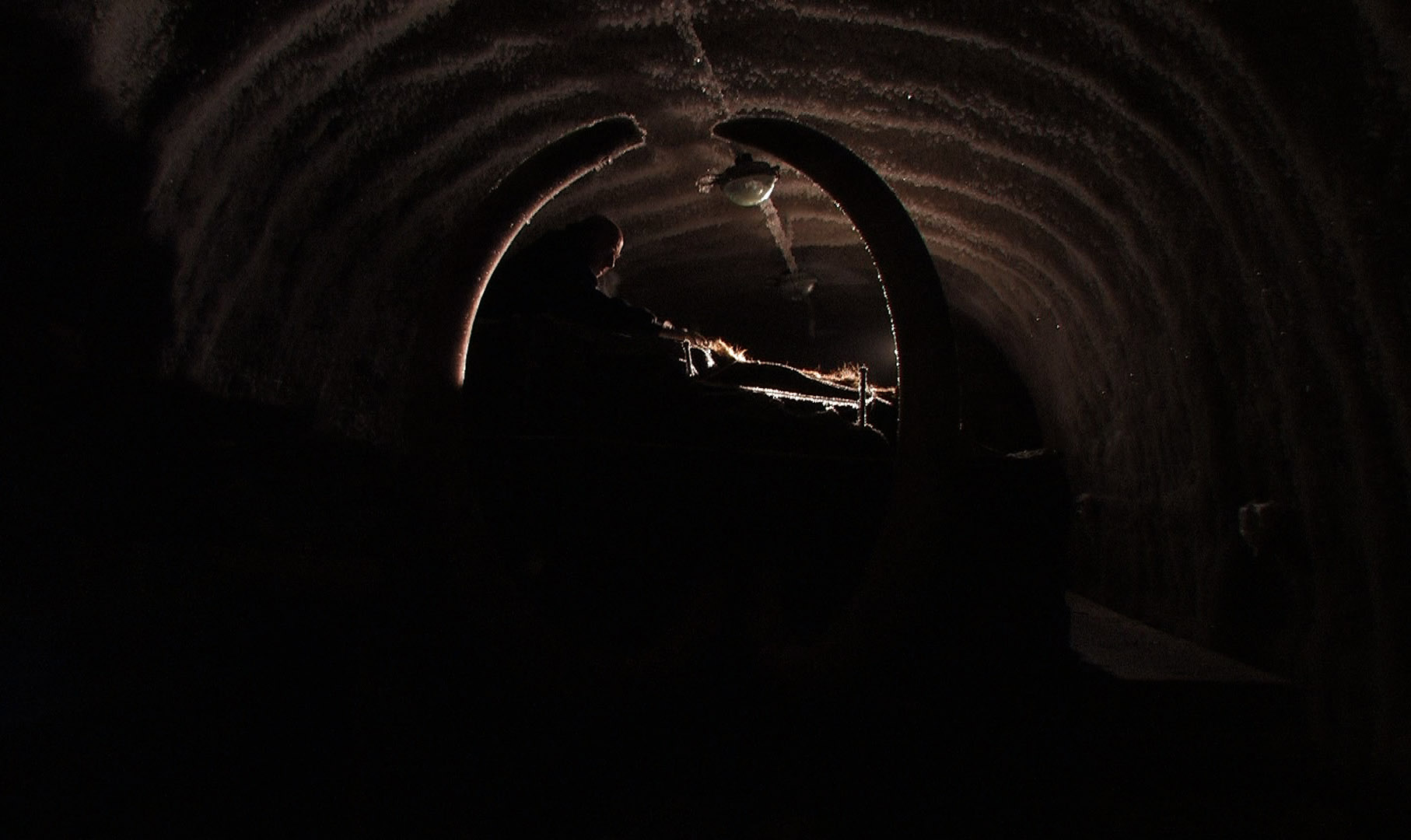 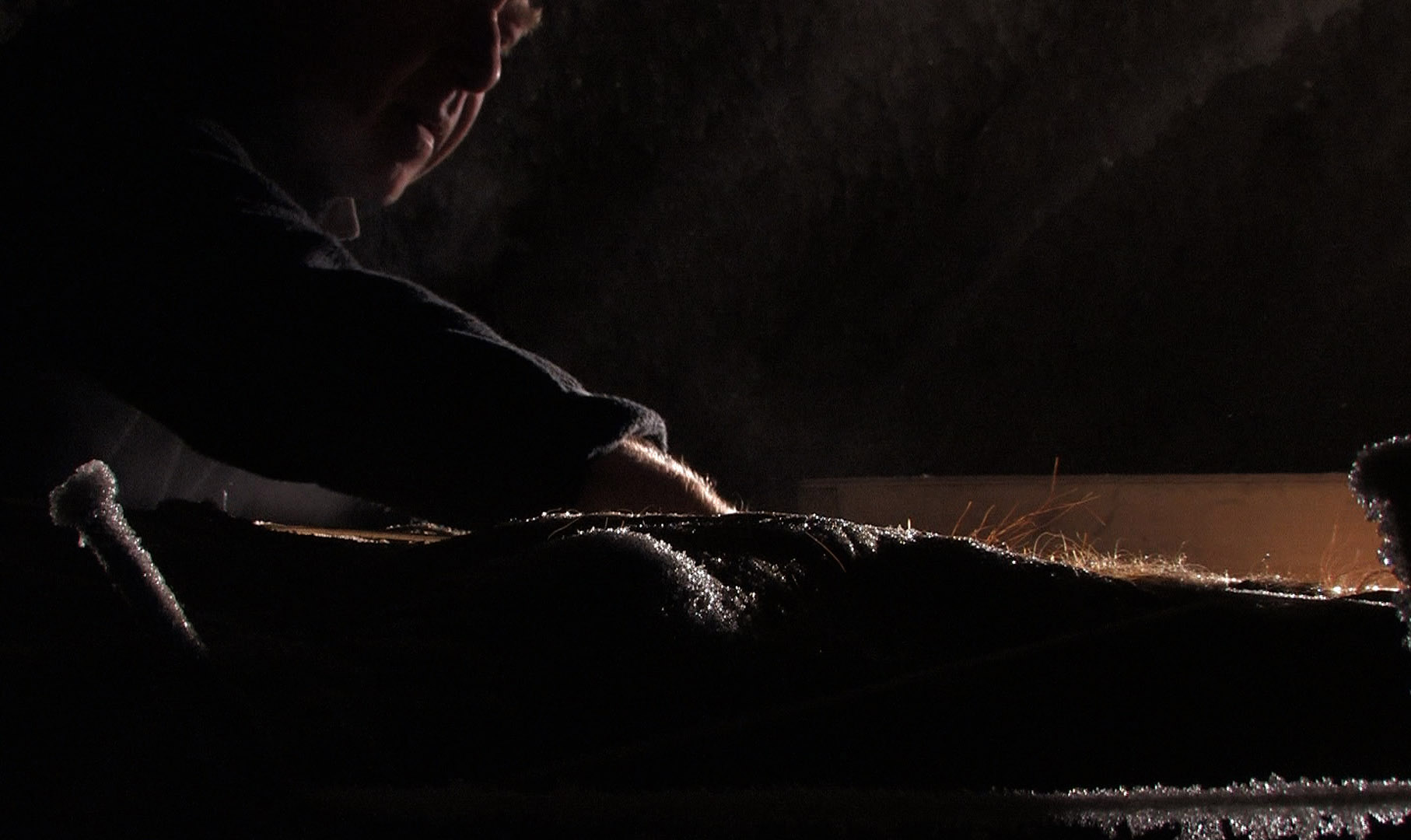 Inside an icy cellar, a man is working lit by lamplight. He is patiently thawing a huge block of frozen earth. Around him, some bones glitter. They are enormous. One gradually discovers that he is bringing a thick fur back to life. It’s a mammoth, remained intact after 19000 years in Siberia’s permafrost.