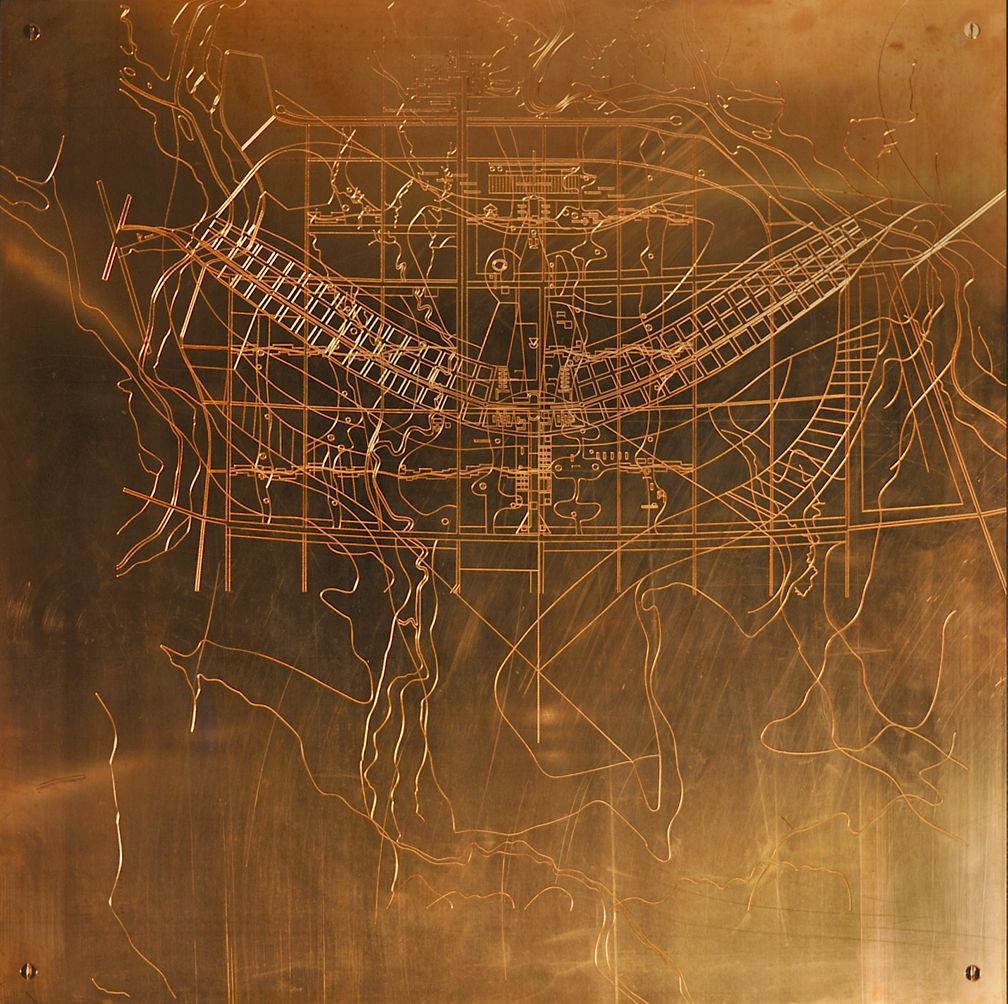 Brasilia/Chandigarh, Plans superimpose two project drawings for some modernist cities. The layout of Brasilia drawn by Lucio Costa and the one of Chandigarh drawn by Le Corbusier.
The superposition of the master plans of those two planned cities creates a third fictional space. A “third place” which is appearing between the lines and plans of these sectorized cities, between their differences and their repetitions. It is in this potential space that are evolving the three characters from the video Brasilia / Chandigarh. The engraved copper plate acts as a condensation of the concept carried out in the video Brasilia / Chandigarh.