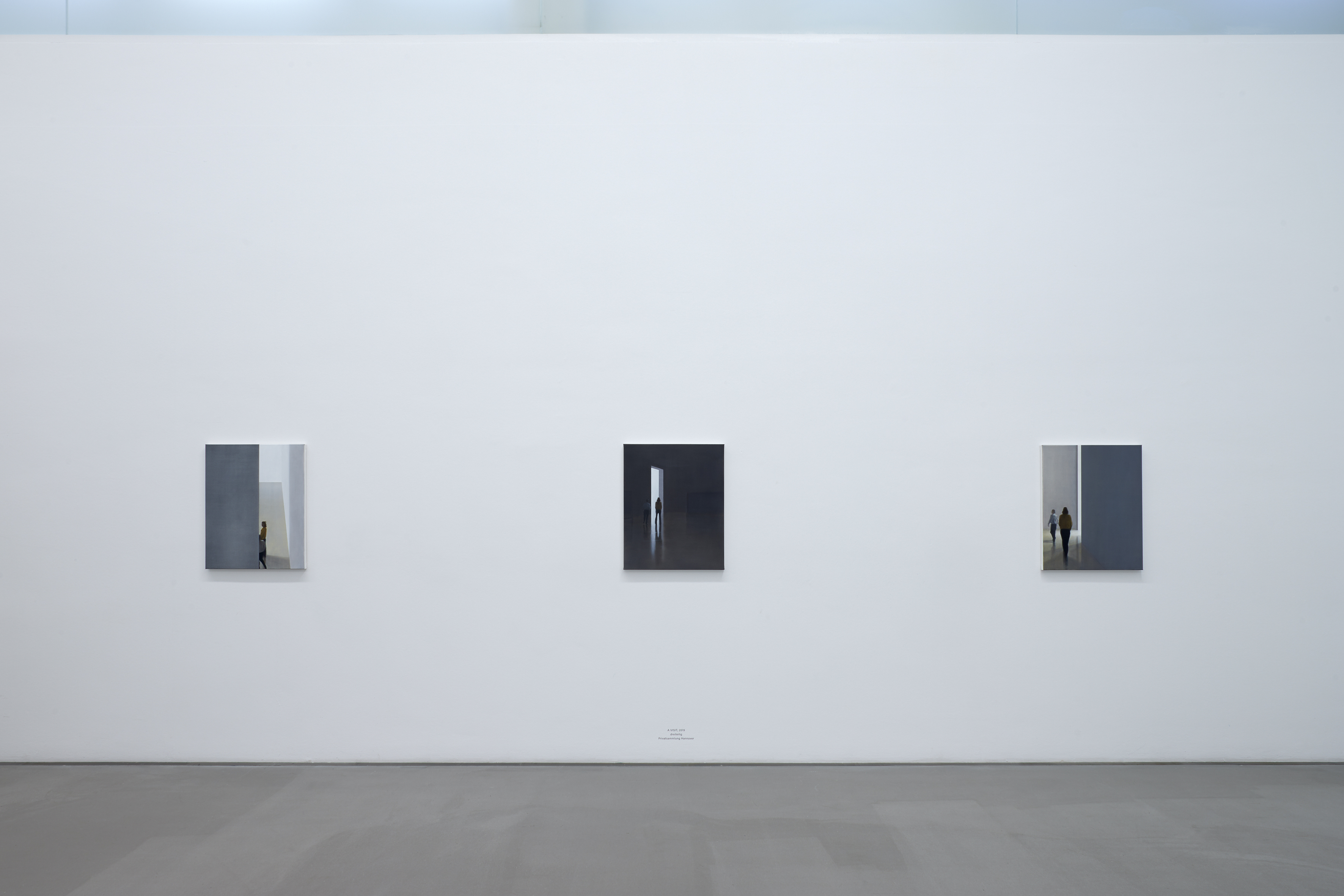 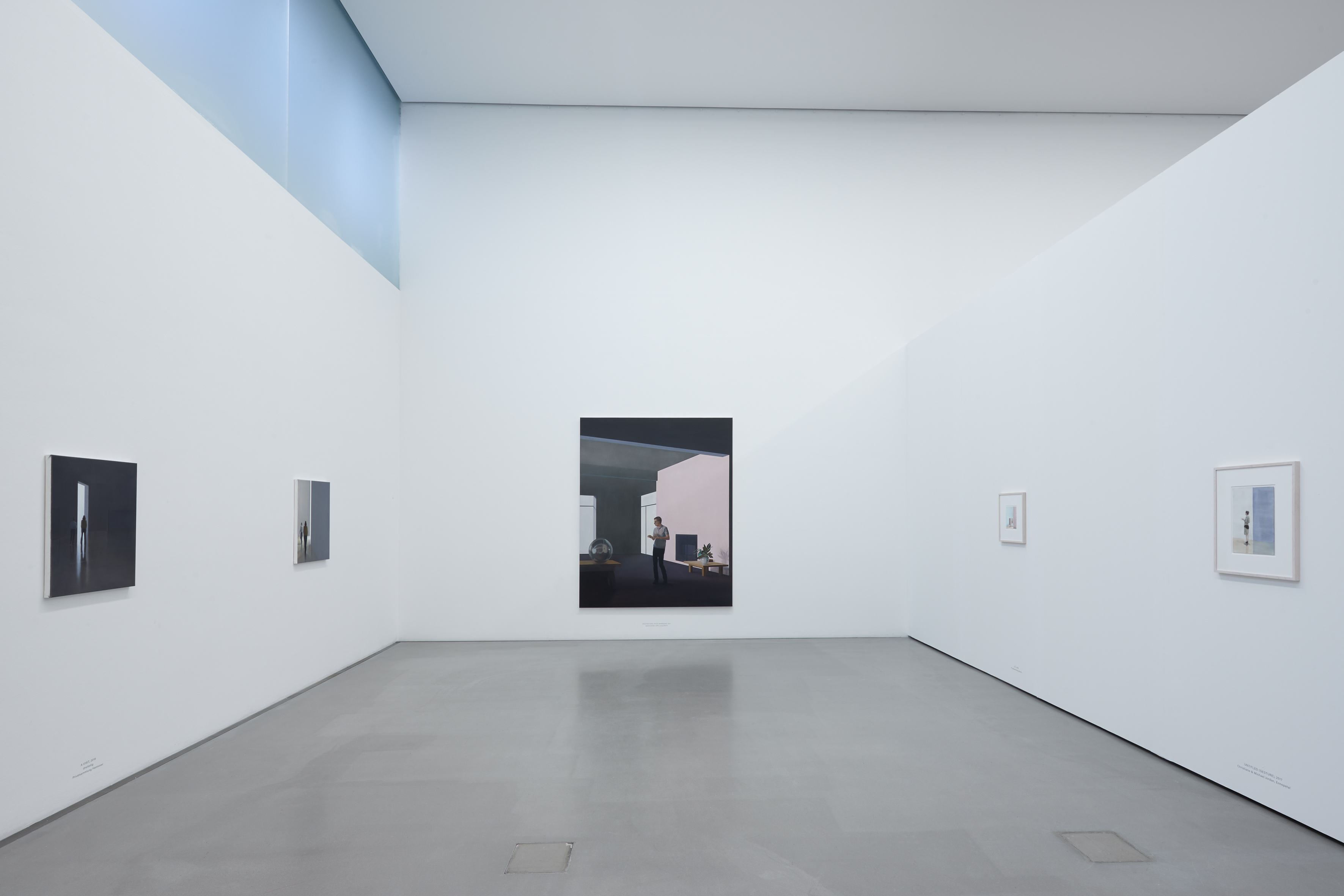 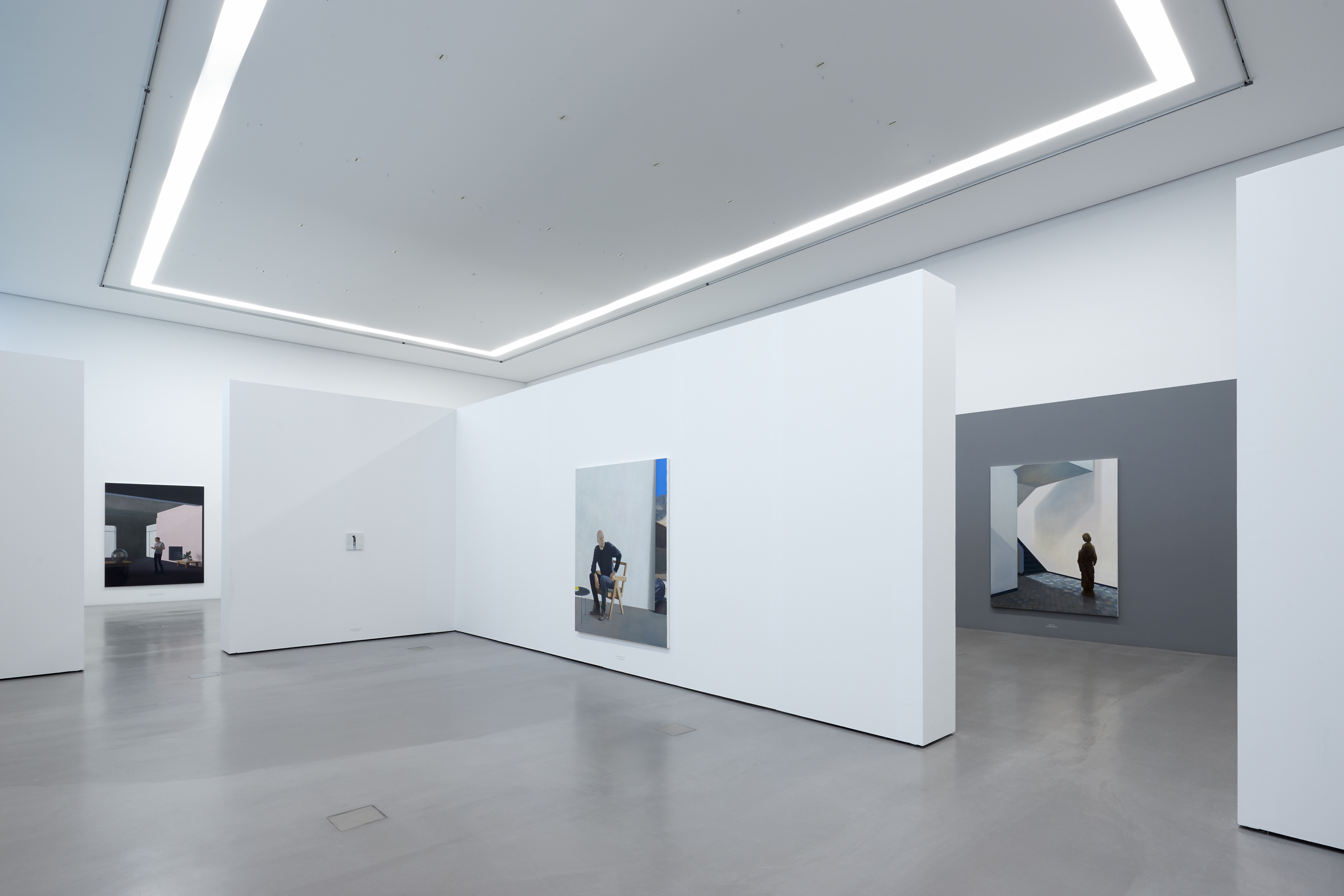 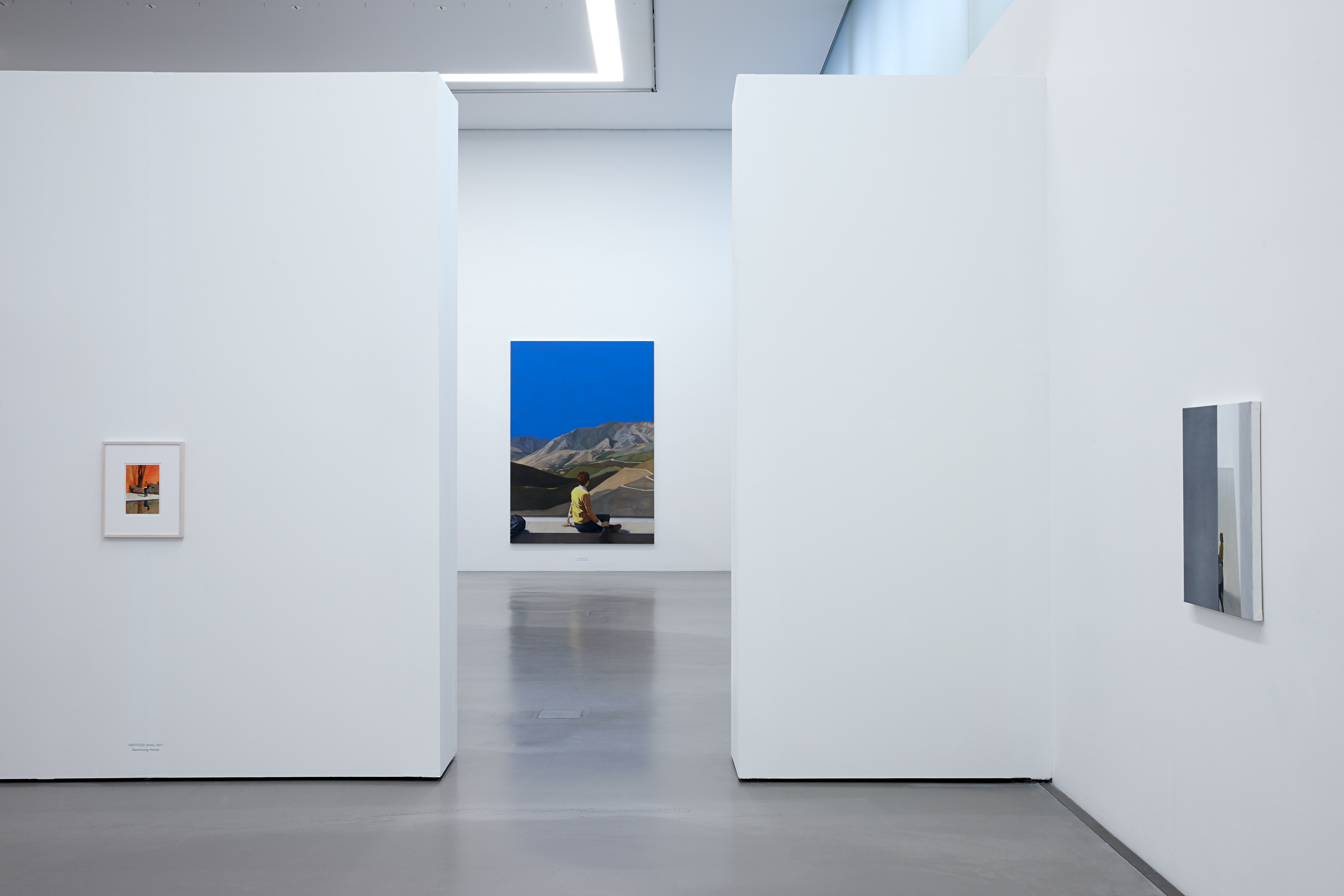 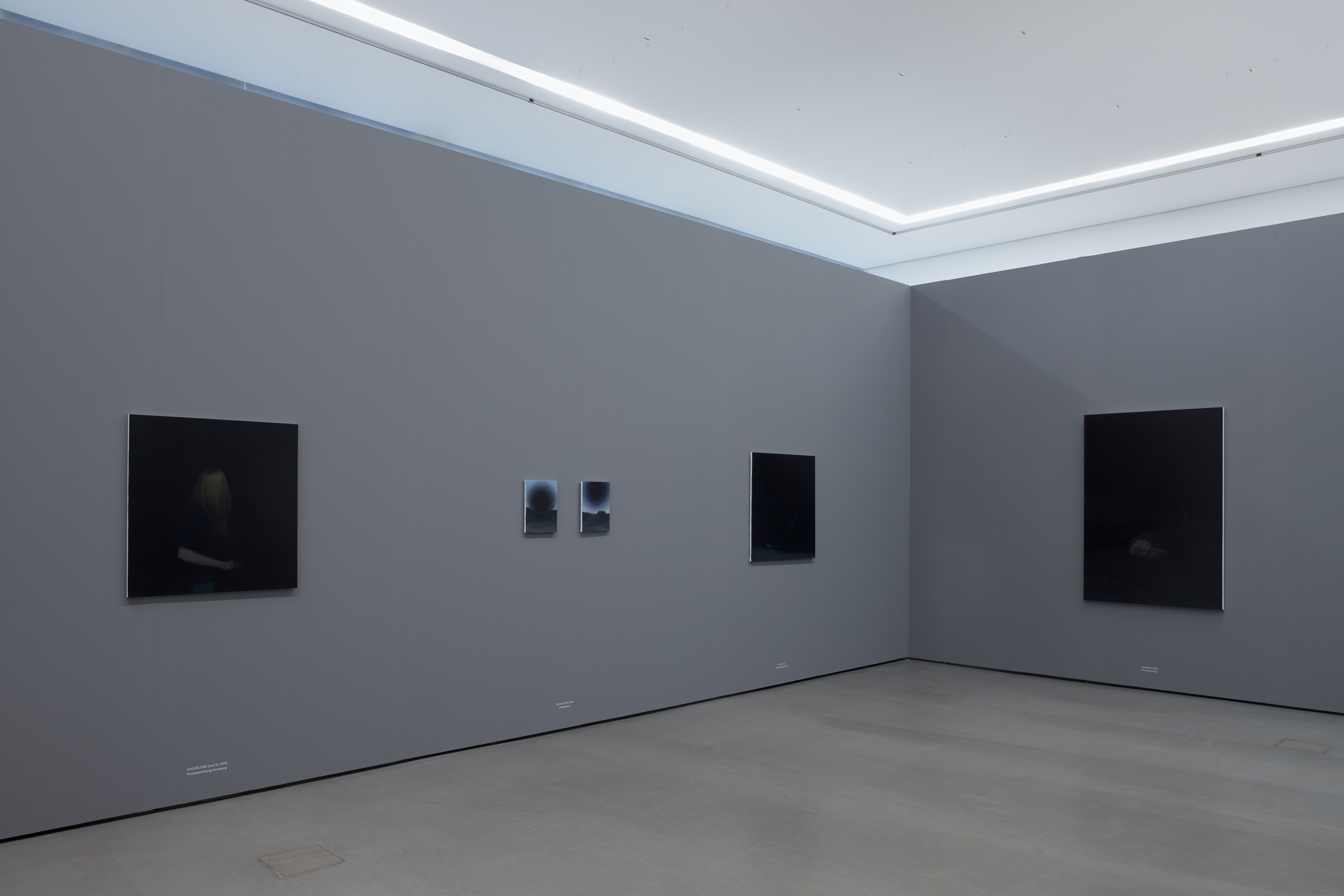 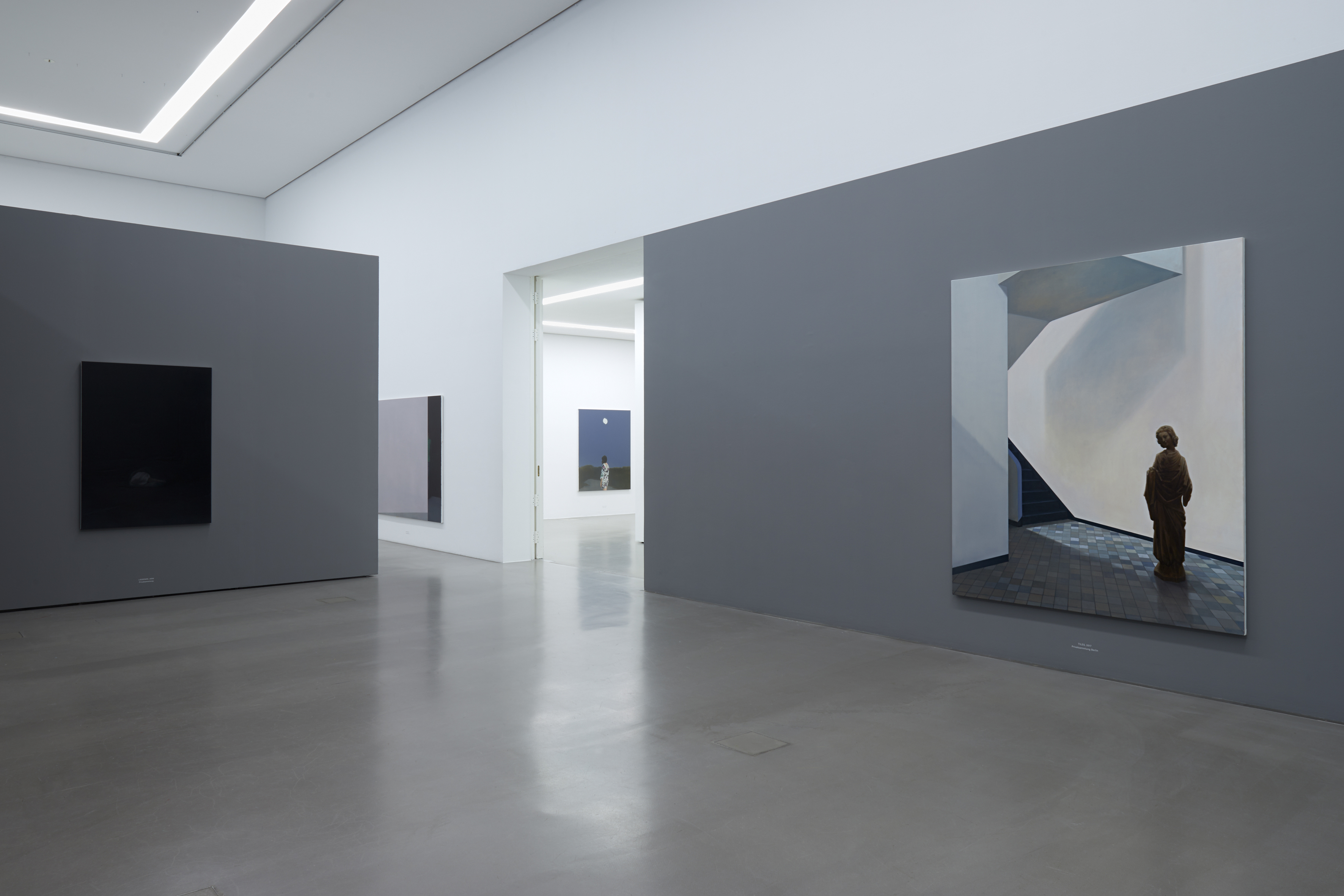 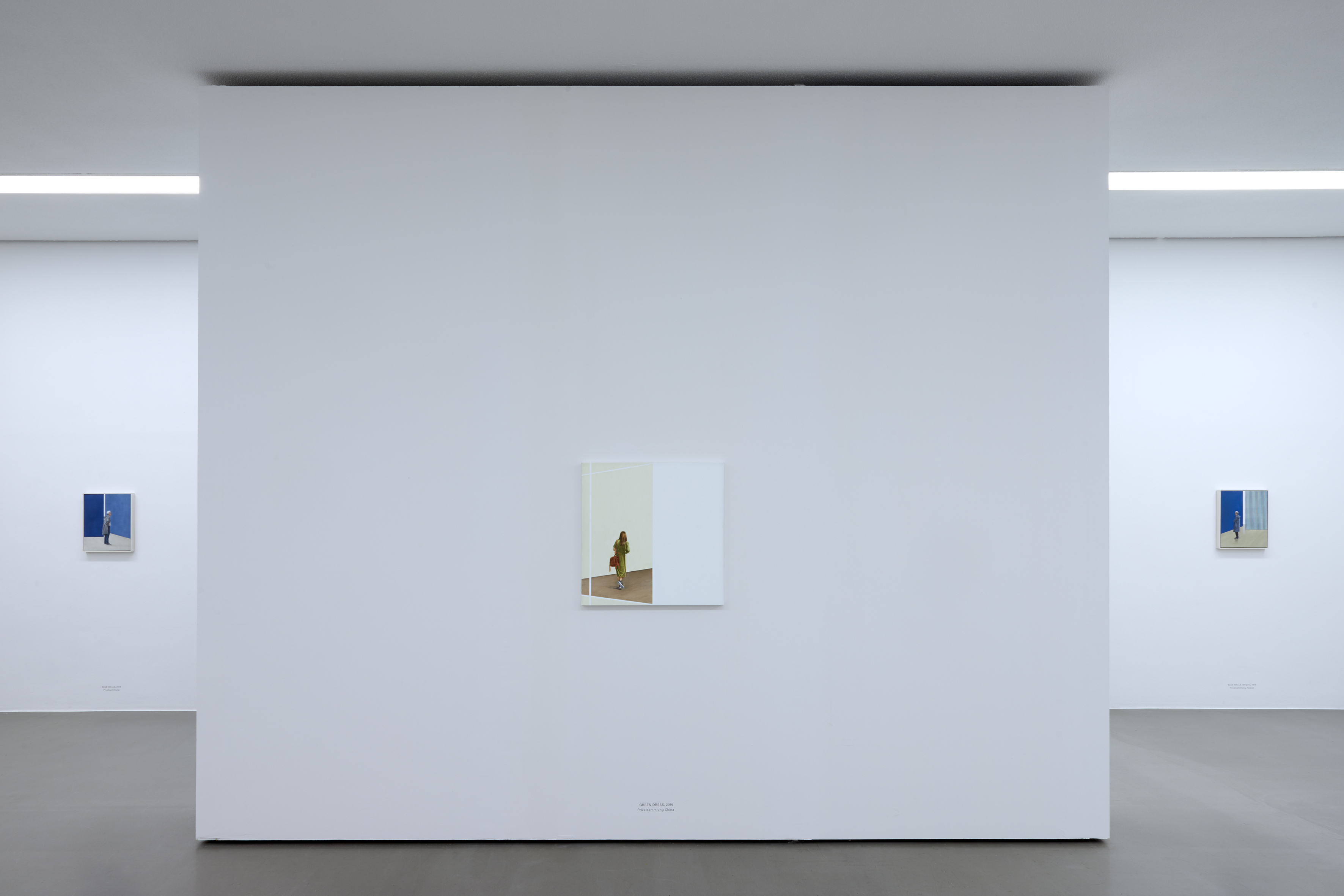 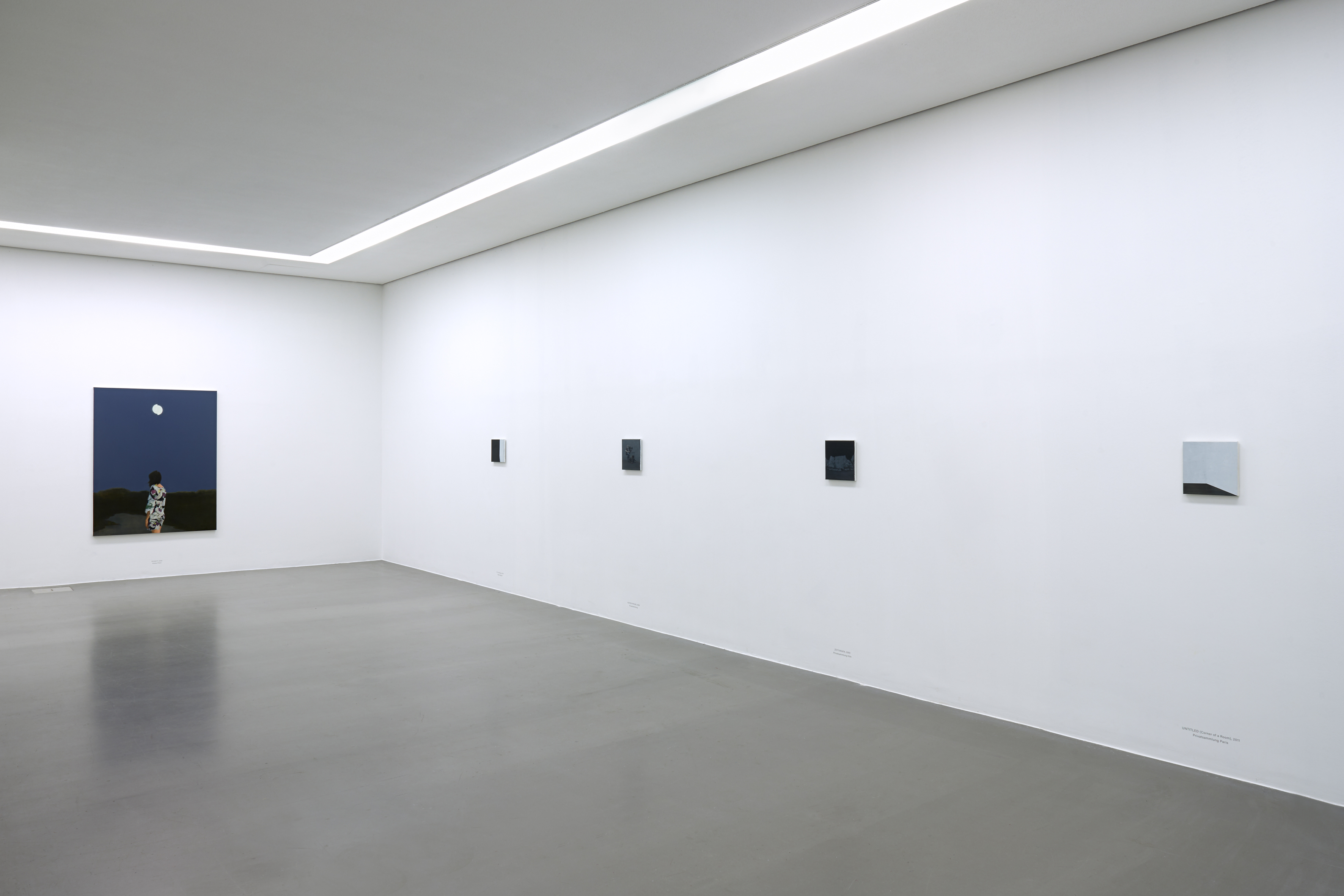 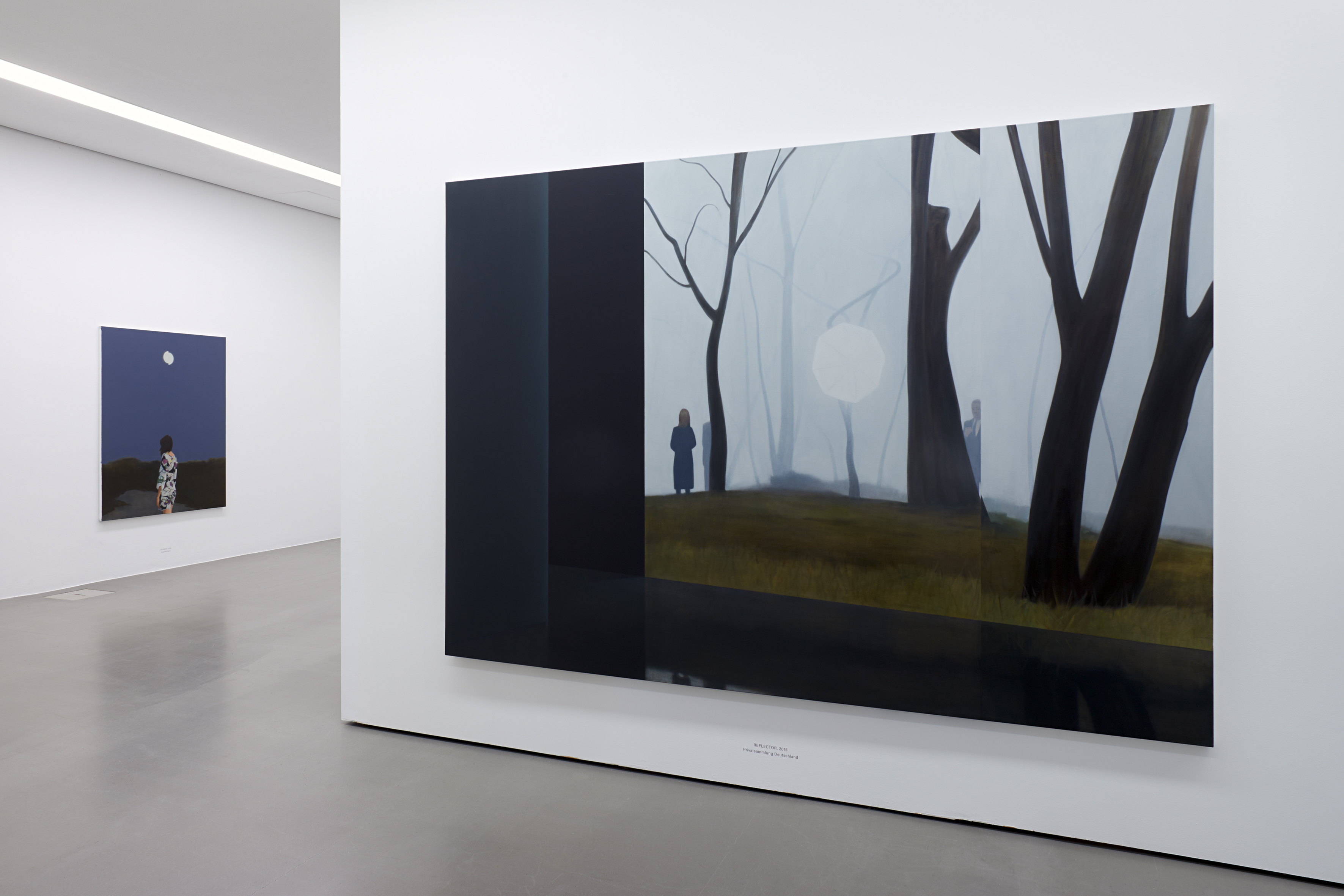 Offene Wände (Open Walls) displays around 40 works, with the focus on the last ten years, augmented by a number of early pieces. The MdbK has been associated with Tim Eitel since the 7 x Malerei exhibition (2003), which contributed to the international recognition of the young generation of Leipzig artists.

For nearly twenty years Tim Eitel has been using his painting to create analogies to reality, by constructing fictitious parallel worlds from situations that have been seen and experienced. His pictures are based on encounters, photographically-captured objects or spaces that actually exist. The protagonists encountered are also often acquaintances or companions of the artist. Each of these experiences is reduced down to a significant essence. The ambivalence of the pure colour as a large-surface, abstract form as with a black wall that determines the majority of the picture, and colour as a motif, as atmosphere and feeling of space permeates his work from the beginning onwards. Eitel’s pictures tell no stories, instead they present a moment in which no before and after exist, defined by the constellation of figures in the space, the fall of light in architectural surroundings and the relations of colours to each other.

Tim Eitel’s pictures are a continuous investigation of the perception of space, light and temporality, testing the possibilities for painting to depict these elements. The artist consciously employs reflections on the ground or uses shadows to reveal a landscape as an image within an image. There is often a moment of uncertainty when a figure is reproduced via its mirroring shadow in the picture and begins to transcend, a window reveals itself to be a simple combination of lines and rectangles or the figures almost dissolve into the darkness of almost wholly black spaces.

In recent years Tim Eitel has focused increasingly on the neurological side of seeing, with these thoughts influencing his latest works. What do we really see and what does the brain construct, the memory of images subconsciously add?