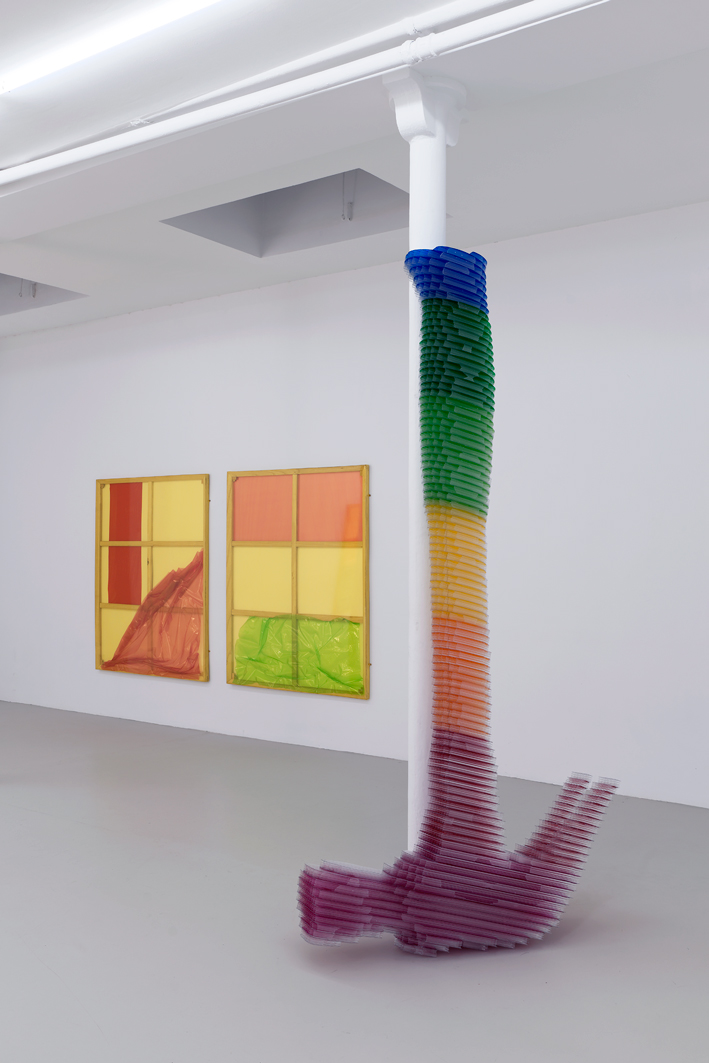 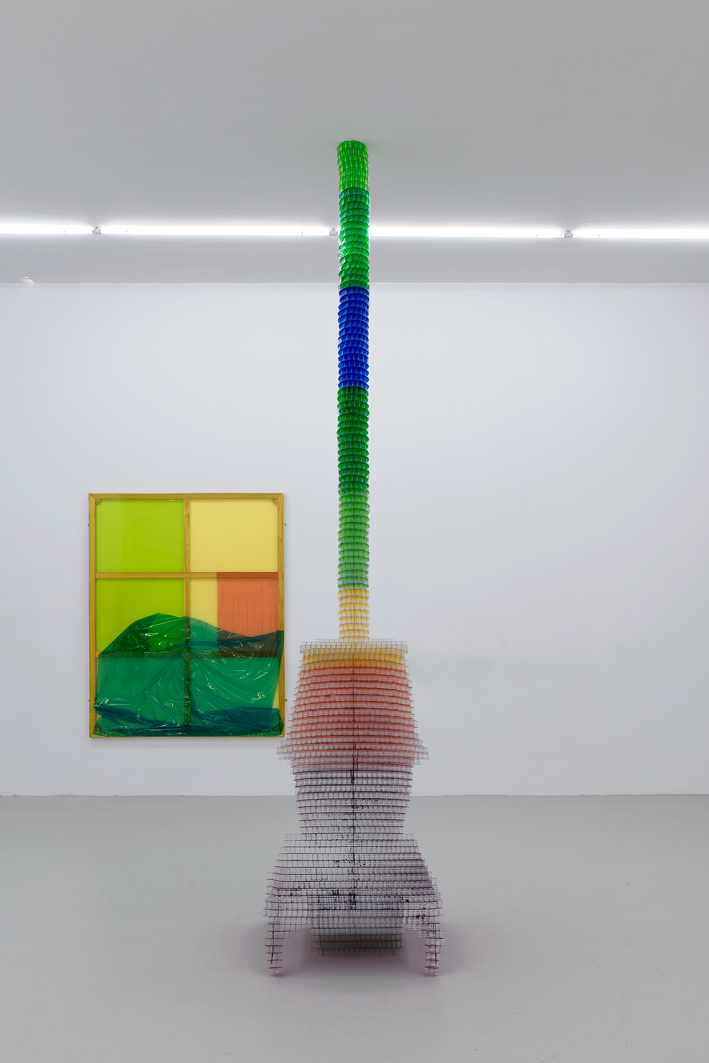 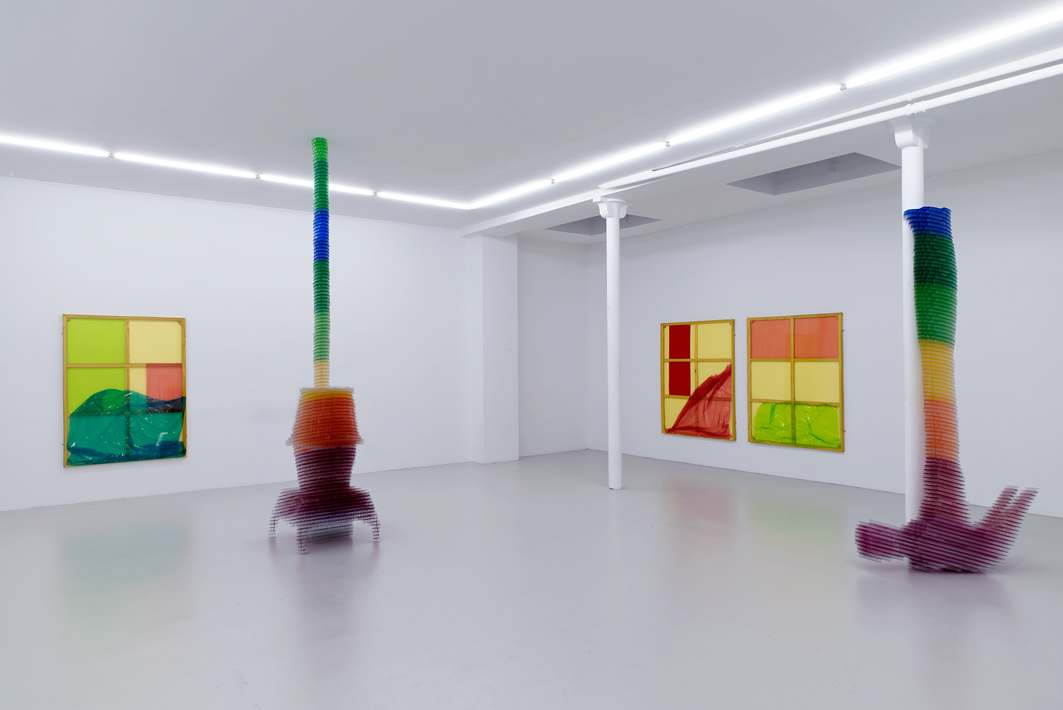 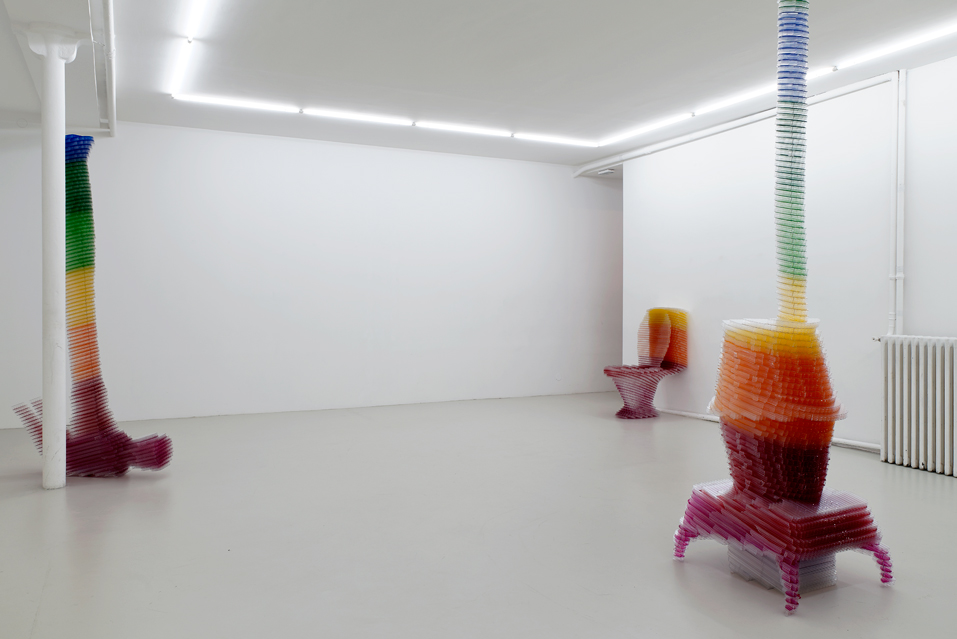 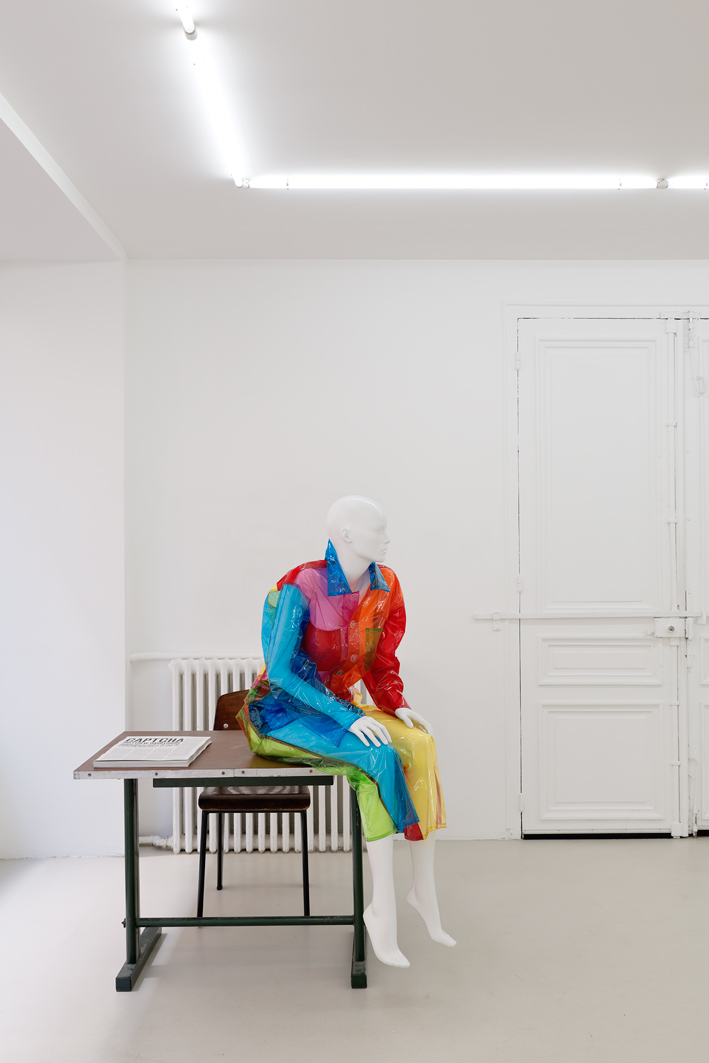 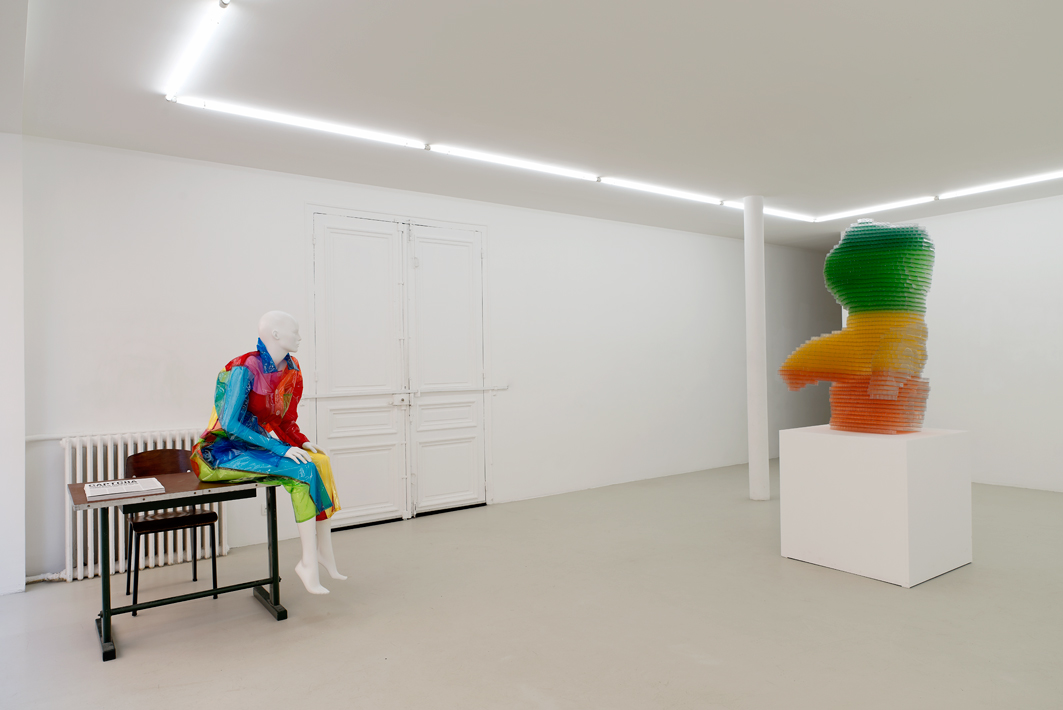 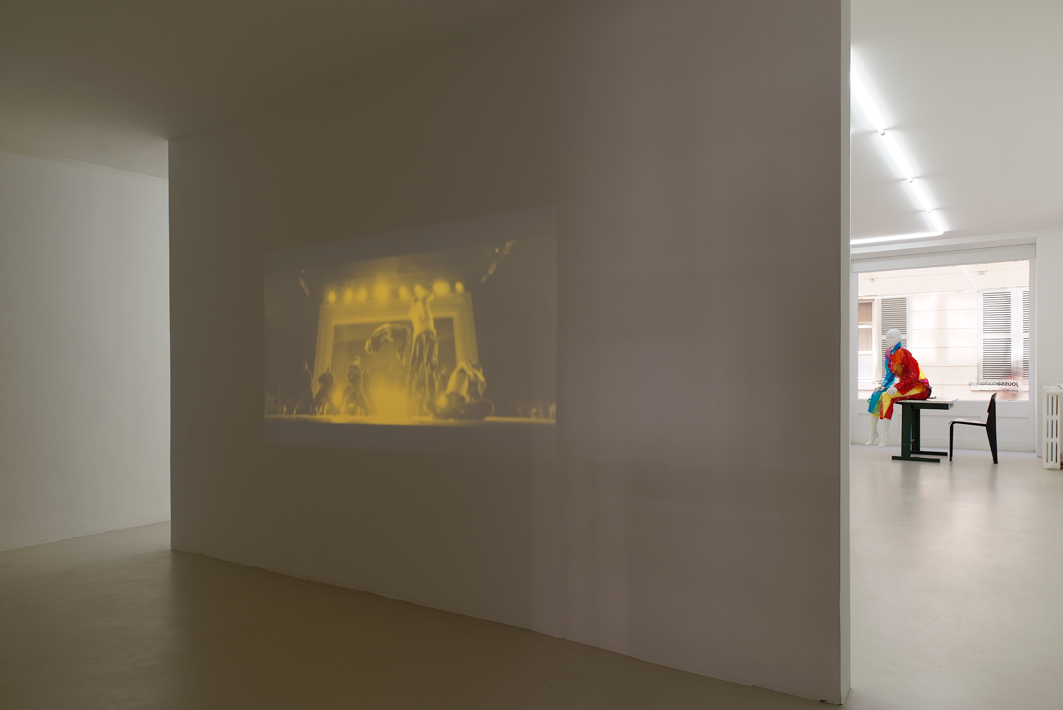 It takes more than seeing to make things visible.” writes T.J. Clark at the beginning of The Absolute Bourgeois, first published in 1973. This statement would haunt his entire oeuvre until it would eventually form the structural core of The Sight of Death: An Experiment in Art Writing. The Sight of Death is devoted to the task of looking, to the task of thinking about that looking, and to the task of writ- ing about that thinking. Clark repeatedly looks at two oil paintings by Nicolas Poussin, struggling to perfectly grasp them with words and to verbalise his own experience of looking at the works. Making the book even more fascinating he writes “There is a word and a concept hovering here to do with the point where the mental and manual meet, or the conceptual and material, but for the moment they’re escaping me.”

The Sight of Death, in its stubborn study of two classical paintings, conceives itself as an exploration of a mode of seeing that eventually addresses the general contemporary image regime and its effects. Namely, what does it mean to look nowadays at 17th century oil paintings? How have new technologies of object production and image communication structured the experience of looking? Can we still exercise our subjectivity in the act of looking and can a symbol still be effective? Thinking about how we look at objects raises the question of how we use the objects, but it also raises the question of how we allow ourselves to be used by them.

Lately however, his attention has been focussed on the object as an image, and on the image as an object. As a result, his work seems to have slightly moved from large-scale installations conceived as unified physical and social environments, to more autonomous sculptural elements, still incorporated in carefully conceived displays and groupings, but trying to unravel the symbolism attached to them.

In Ideal Standards, a three-person exhibition at The GAM Museum, Turin in 2013 Darbyshire selected four key classical works from the museum’s permanent collection that he argues could be perceived as symbols of sculptural clichés (the abstract, the heraldic, the erotic, the phallic). He then had the four aluminium, marble and bronze works reinterpreted in pure white polystyrene by four different 3D designers, each using alternative state-of-the-art digital techniques. The resulting works, that were displayed on geometric artificial wooden structures made up of modern coffee tables, desks, shelves and the like, looked at once resolved and distorted, heavy but light, melting, mutating and displaced. The translation they went through altered their formal aspect (they were not mere copies) and more importantly, the radical change of material, production process and display drastically altered our perception of the sculptures symbolic charge, causing the viewer to investigate the fundamental tension in the object-subject relations. This shift also pointed at the contemporary dereliction of classical symbols within the readymade iconography used for marketing and capitalist strategies.

The new body of 6 sculptures, premiered jointly in Paris at Jousse Entreprise and Palais des Beaux Arts, investigates further these is- sues and dualities of individualization/standardization, subjectivity/objectivity, visibility/invisibility, and perception/conception. Each sculpture uses 3D models of generic objects that Darbyshire selects from digital media suppliers on the internet with no particular attention to their formal quality other than their standard appearance and their intended human symbolic charge.

Deliberately standardized even further, the works are then all made of the same relatively cheap polycarbonate material, they are all produced using exactly the same production process, they all use the same colour-fade immediately recognizable as Photoshops 8 colour Hue/Saturation scale, and they are all scaled to the volume of an average clothed human being. However, each of the sculptures is not produced industrially as one might expect, but is drawn, cut and assembled by hand, by Matthew Darbyshires own hand in his studio.

New Aesthetics is a notion that emerged a few years ago out of post-internet debates as an online research project by the artist and writer James Bridle. While Darbyshire’s sculptures clearly reflect on what Bridle describes as the “physicalisation of what was/is more commonly purely digital – a realization of immateriality as physicality”, especially when borrowing the photoshop’s colour chart or the images of generic objects from on-line image stocks, they also progress beyond what has recently been deemed too systematic in the New Aesthetics approach.

The return to materiality that characterizes Matthew Darbyshire’s recent works operates at once through the objectivisation of pure abstract technology (digital or computer generated, specialized production processes and materials) and the subjectification of standardized iconography (perverted by traditional and handcraft techniques). A hiatus operates in the artistic process – the works are at once depersonalised but at the same time haunted by their maker. They are haunted through the imperfections and errors involved in their handmade production, in the crafted rendering of the drawing and the rough edges of the fabrication. These imperfections question and deconstruct the fixed norms of mass production/diffusion of objects and images.

In concluding Formless – A User’s Guide, Rosalind Krauss, borrows Georges Bataille’s notion of displacement, understood as a deviant system that explores the limits of the object, the feasible and the hybrid. Displacement is a valid form of denial of categories, taxonomies and the limits between high and low, horizontality and verticality, object and subject, virtual and real, past and present, ignorance and knowledge, activity and passivity, and singularity and standardization. Displacement operates by forcing two extremes, or two opposed processes, to cohabitate, cancelling the oppositions on which categorical modern thinking is based (form vs content, form vs matter, inside vs outside, etc).

Displacement, according to Bataille and then Krauss, proposes an exploration of the limits of the object in its relation to the subject. Darbyshire’s sculptures are archetypes of displacement, caught between an object and the representation of that object, between the inevitable symbolization of any human perception and the irremediable desymbolisation of the digital image. By doing so, like the book by T.J. Clark, Darbyshires works raise a similar question: how does a subjectivity still operate with emptied symbols?