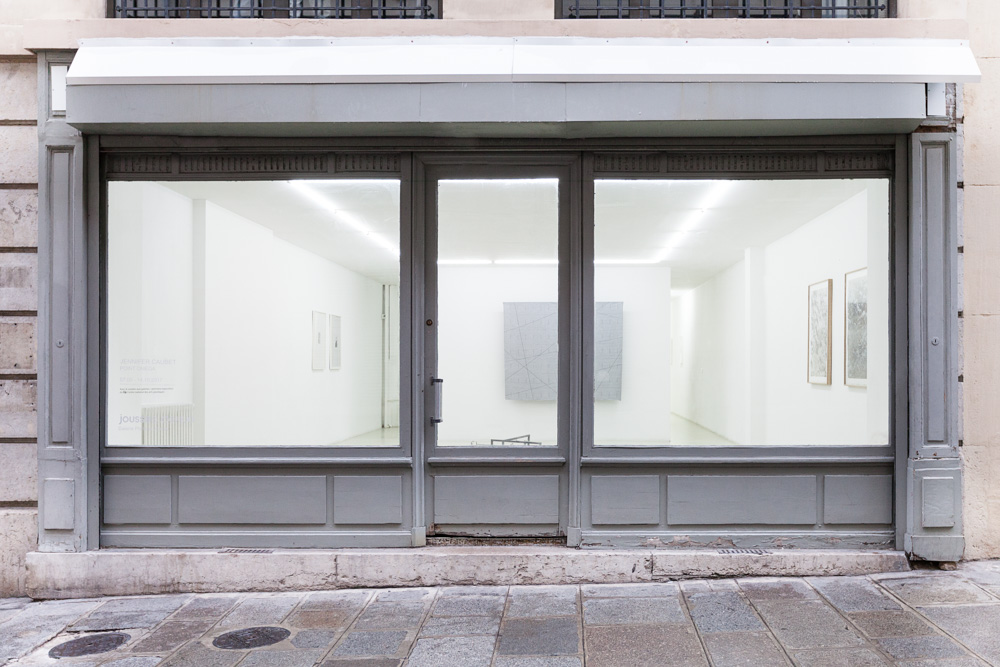 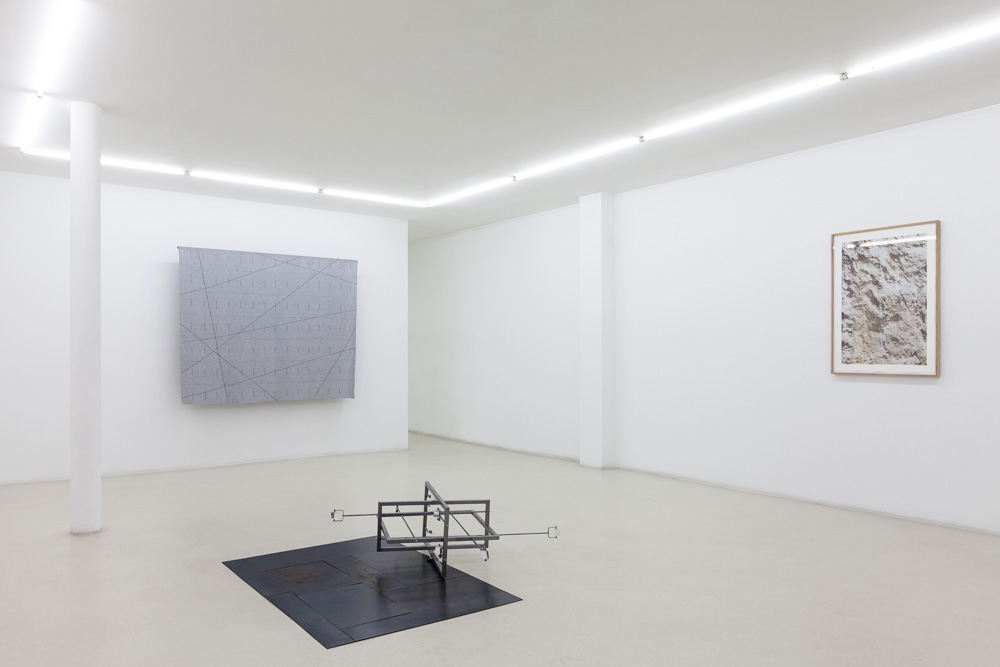 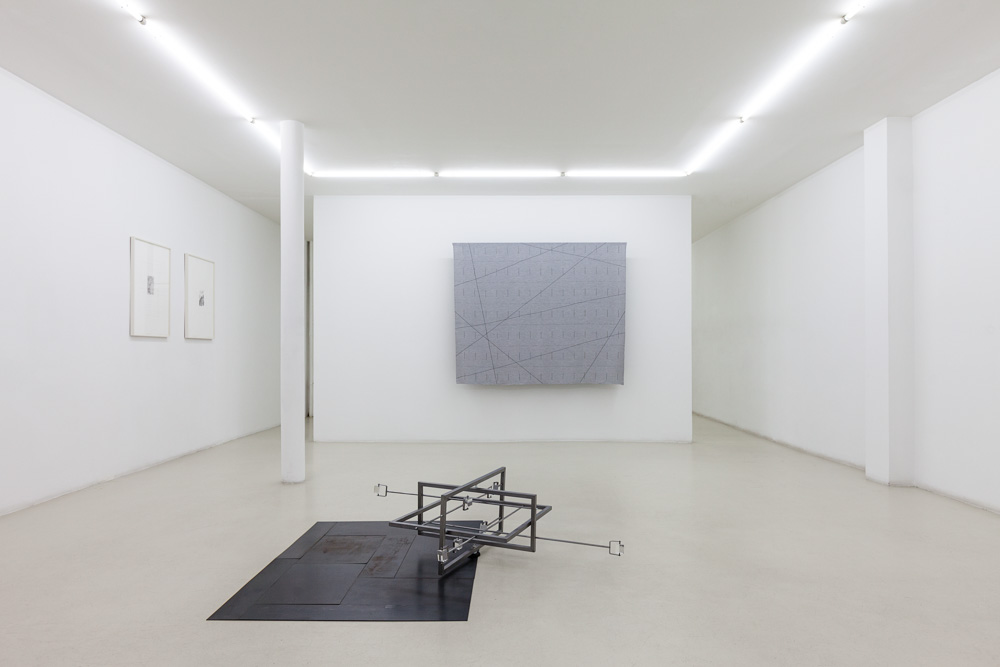 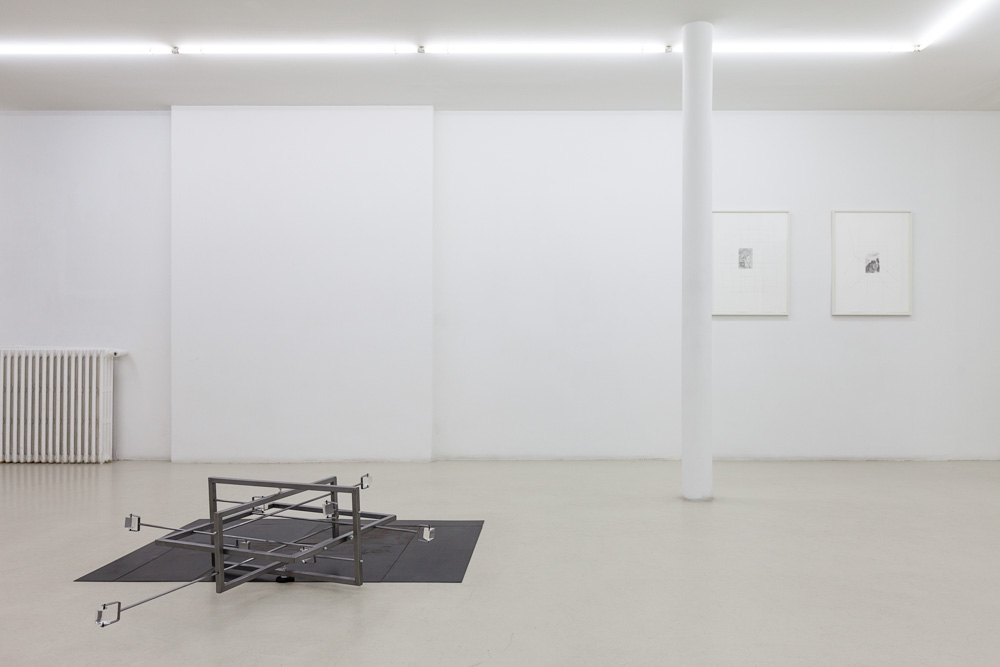 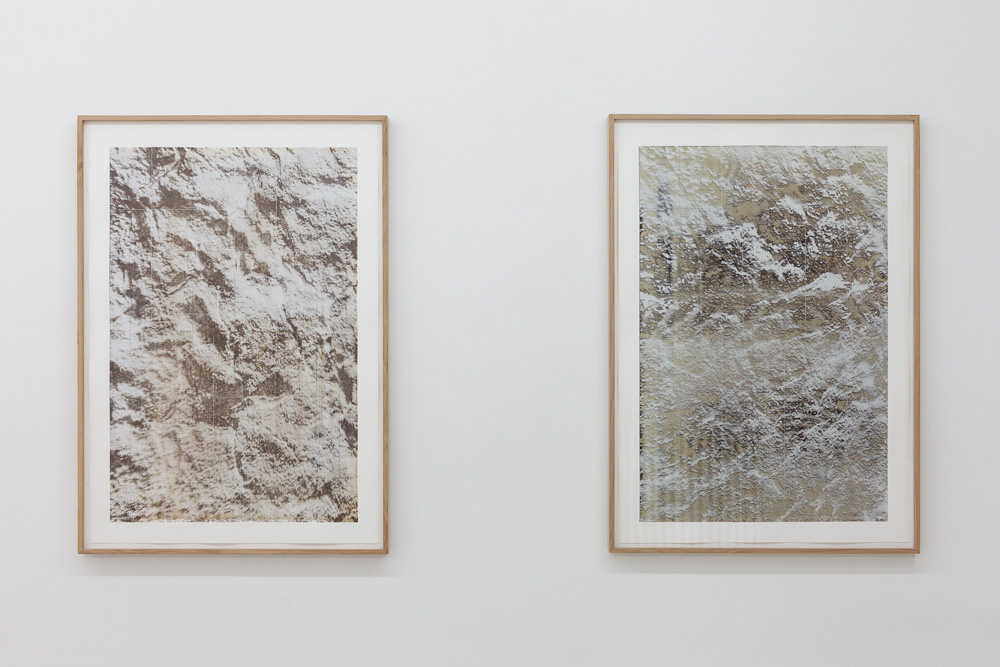 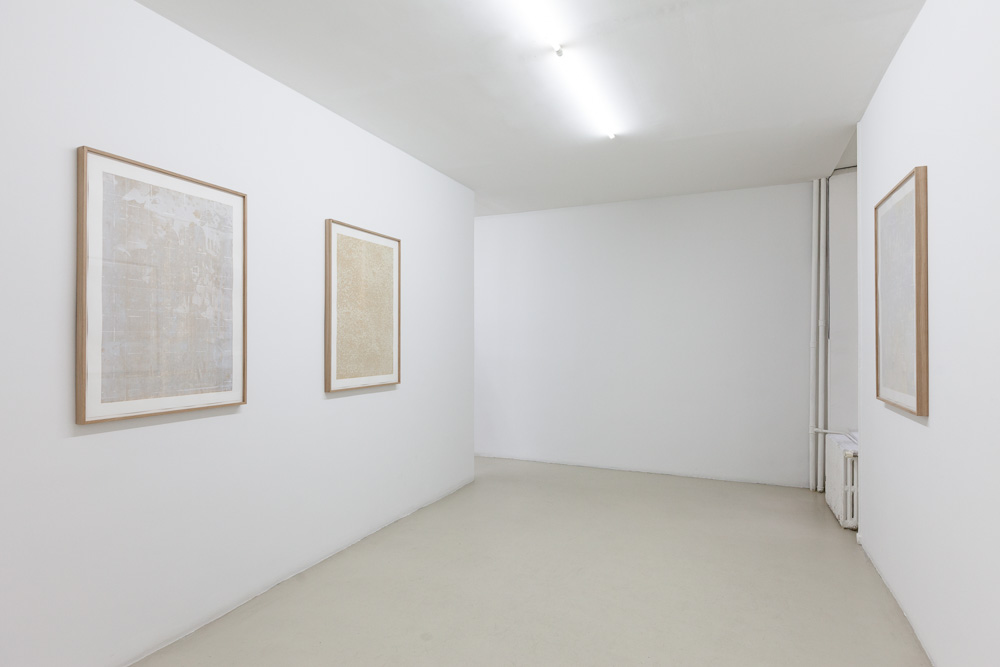 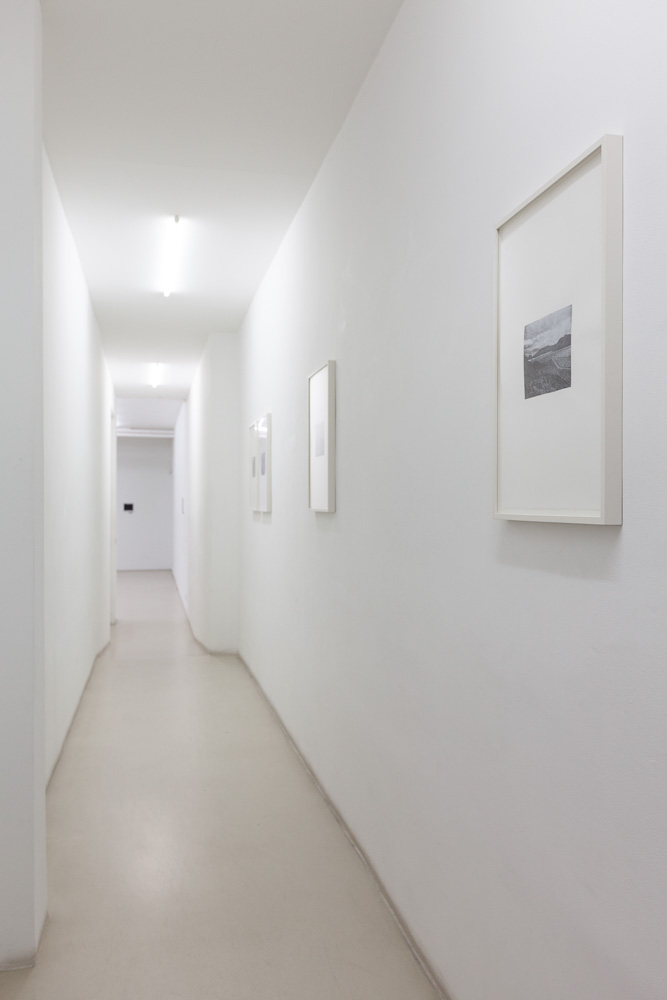 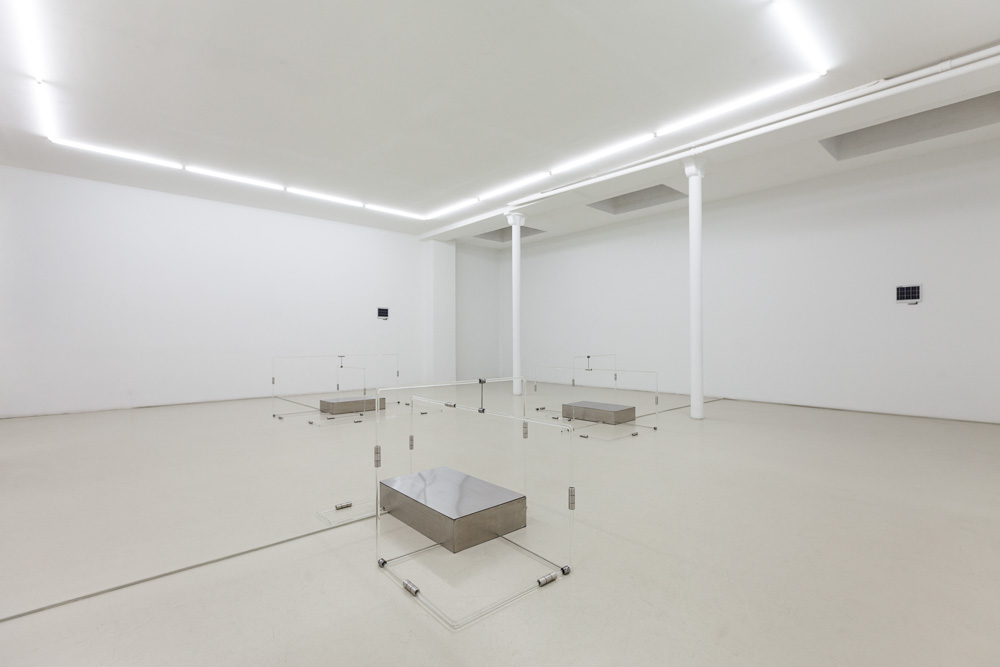 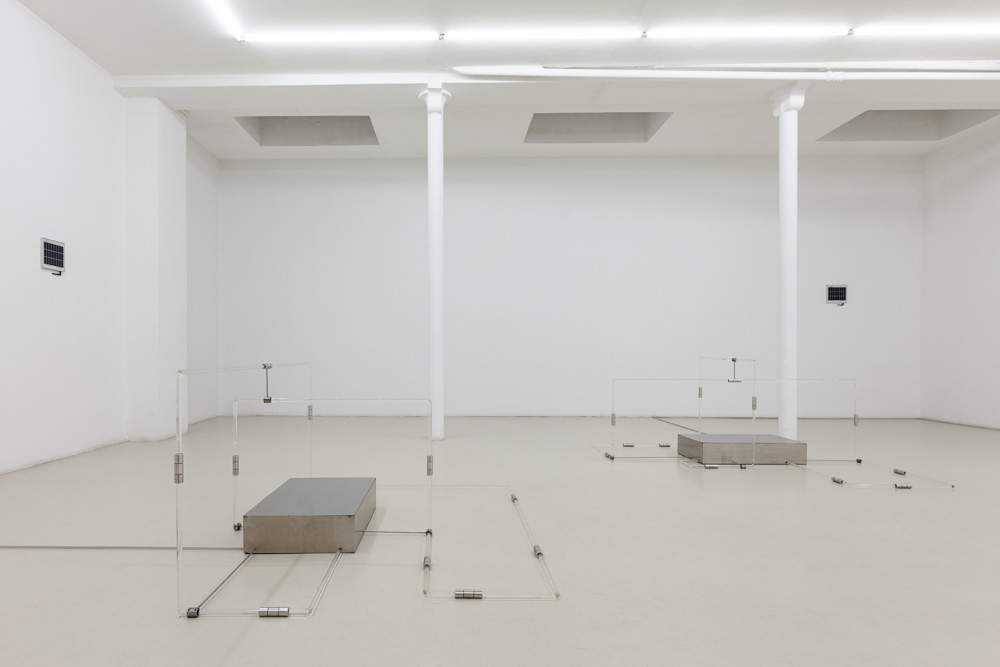 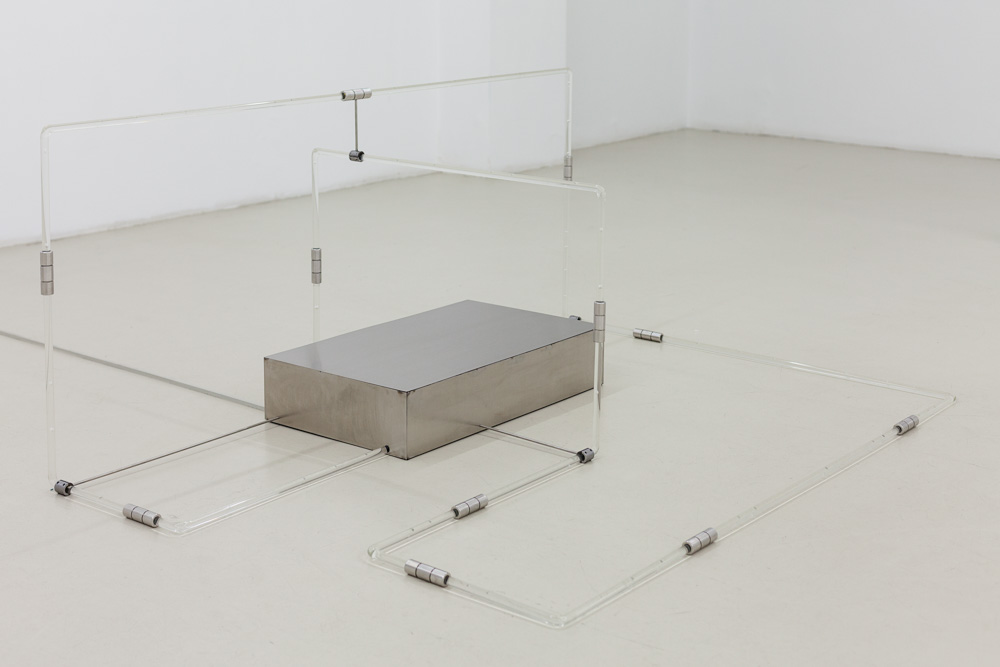 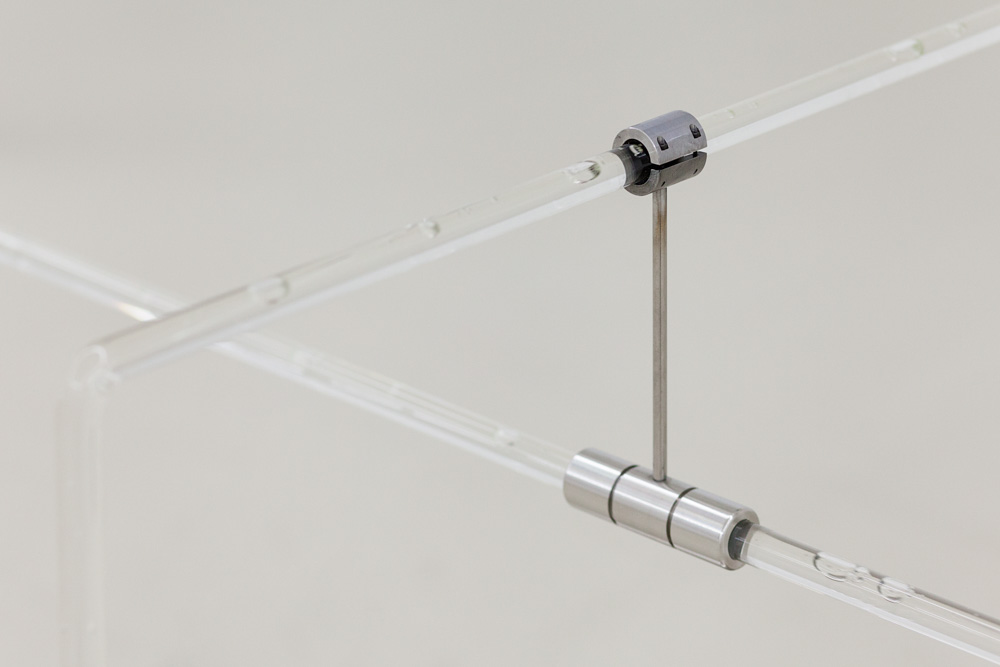 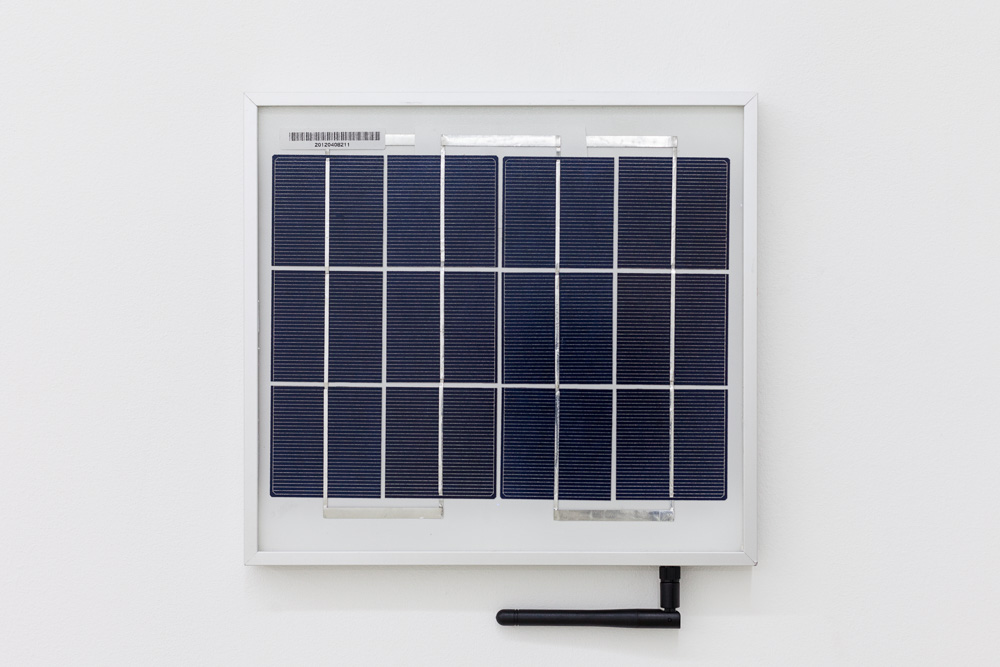 Ecosystem subjected to geological forces and energy flows as well as a place of countercultures and alternative lifestyles, the Mojave Californian desert is also colonized by intruding machines and devices. No wonder why this territory has inspired so many artists and filmmakers with utopian projects and postapocalyptic stories. Jennifer Caubet too spent a month exploring it. She extended her practice and took a radical turn: while she is known for playing with the “white cube” using arrows and metallic structures in order to define “outer spaces”, the artist is now working with a space already affected by various land use strategies where utopia often borders with dystopia. The political and fictional dimension of her former works, which states of compression and expansion expressed different ways of “being in the world”, comes thereby enhanced and increased. Everything starts on site: with a map and compass, Jennifer Caubet has extracted both real and imaginary coordinates and expansion lines. Like drawings in space that refer to designs understood as project, aim and attempt to occupy a theoretically untaken territory. As Below the sea level and Cairn show it: two screenprint series made from scans and photographs of places extensively exploited and mapped by Men; on one hand the Badwater and Salton Sea lakes located under the sea level –the first already dried and the second in the course of being drained due to water diversion and pollution rate-, and on the other hand, objects sprayed with bullets like one can see in Joshua Tree National Park, along the Enchanted Road where a large number of riffle shooting aficionados gather. With their undistinguishable scale, as if between micro and macro space, these delicately textured screenprints evoke almost abstract topographies yet checkered with abscissas and ordinates. A way to account for human behaviors and activities become maps, targeting and configuring vast lands based on resources handling and exhaustion logics. Synonymous with dominance and control over space, these coordinates grids also hold images of Lockart and the Yucca Mountain (Location of lignes) -former military base, nuclear testing ground and future storage place for radioactive waste- and spread in weave form in Exploration fonctionnelle -in which the entanglement of lines draws a potentially unlimited thread. Here, the notion of thread meets that of mapping grid and quartering, as if to be related to the same logics of space dominance and modular proliferation. It is at least what we might conclude from the trembled views of Ivanpha (City of Light), a solar plant South of Las Vegas with thousands of mirrors around the hydraulic towers evoking a sprawling urban web, like a centralized, adaptable and self-reliant in energy futuristic city. Jennifer Caubet transfers the principles of this sci-fi movie-like megastructure in Point Omega: three glass and steel sculptures based on the combinatory permutation of a same unit. Like the emerged part of an invisible and potentially endless network. A spatial but also energetic network since the water flow that circulates through each of them is activated by a solar panel measuring the gallery luminous density and is sensitive to the smallest motions-obstructions of visitors who unwillingly modulate its intensity. Both autonomous and in direct contact with the space from which they draw one of their main resources, the sculptures cannot but recall the drained lakes of Badwater and Salton Sea. They become the crossing point for the opposite poles of a territorial conquest torn between a desire for emancipation and entropic force. This encounter is called the omega point of humanity.