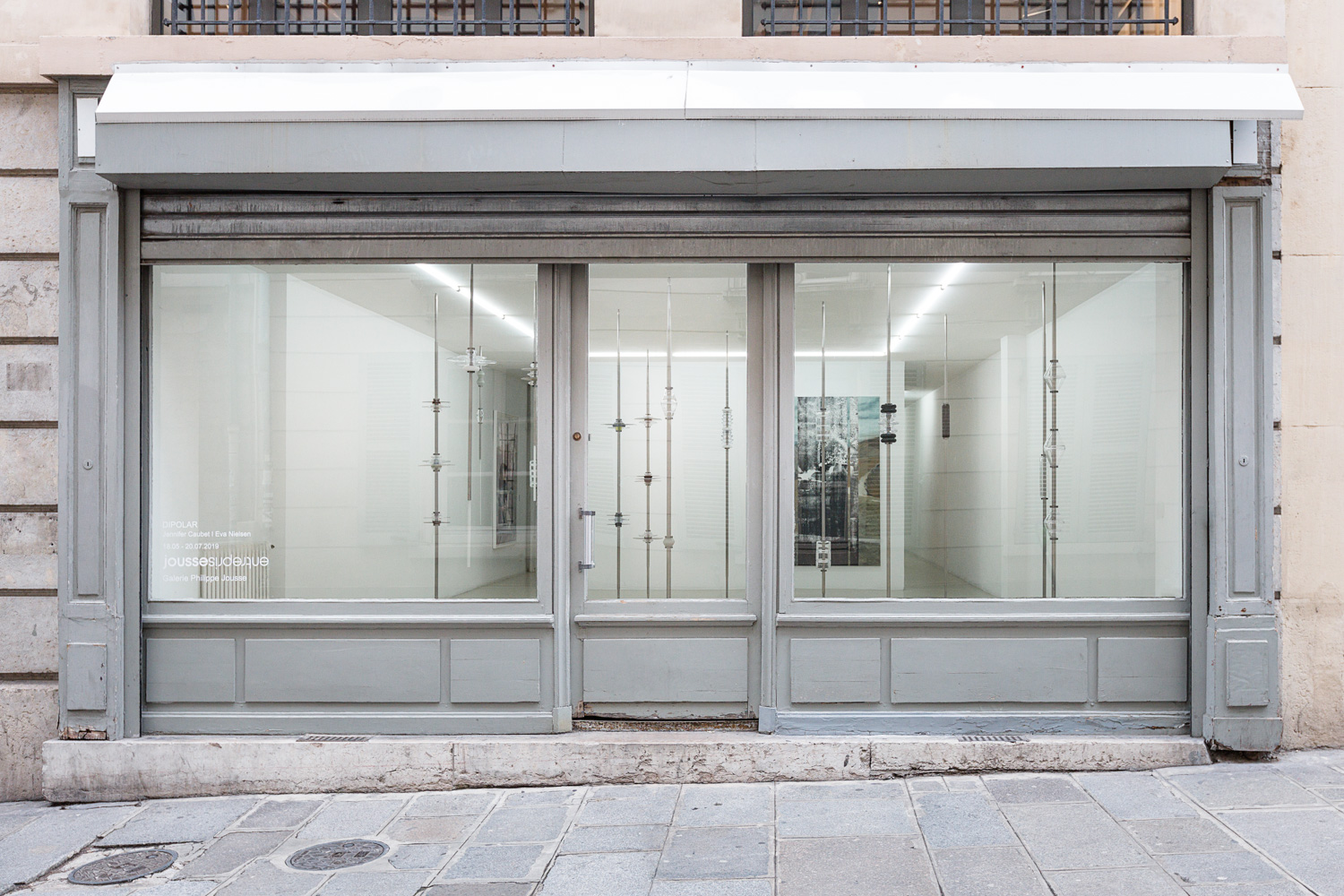 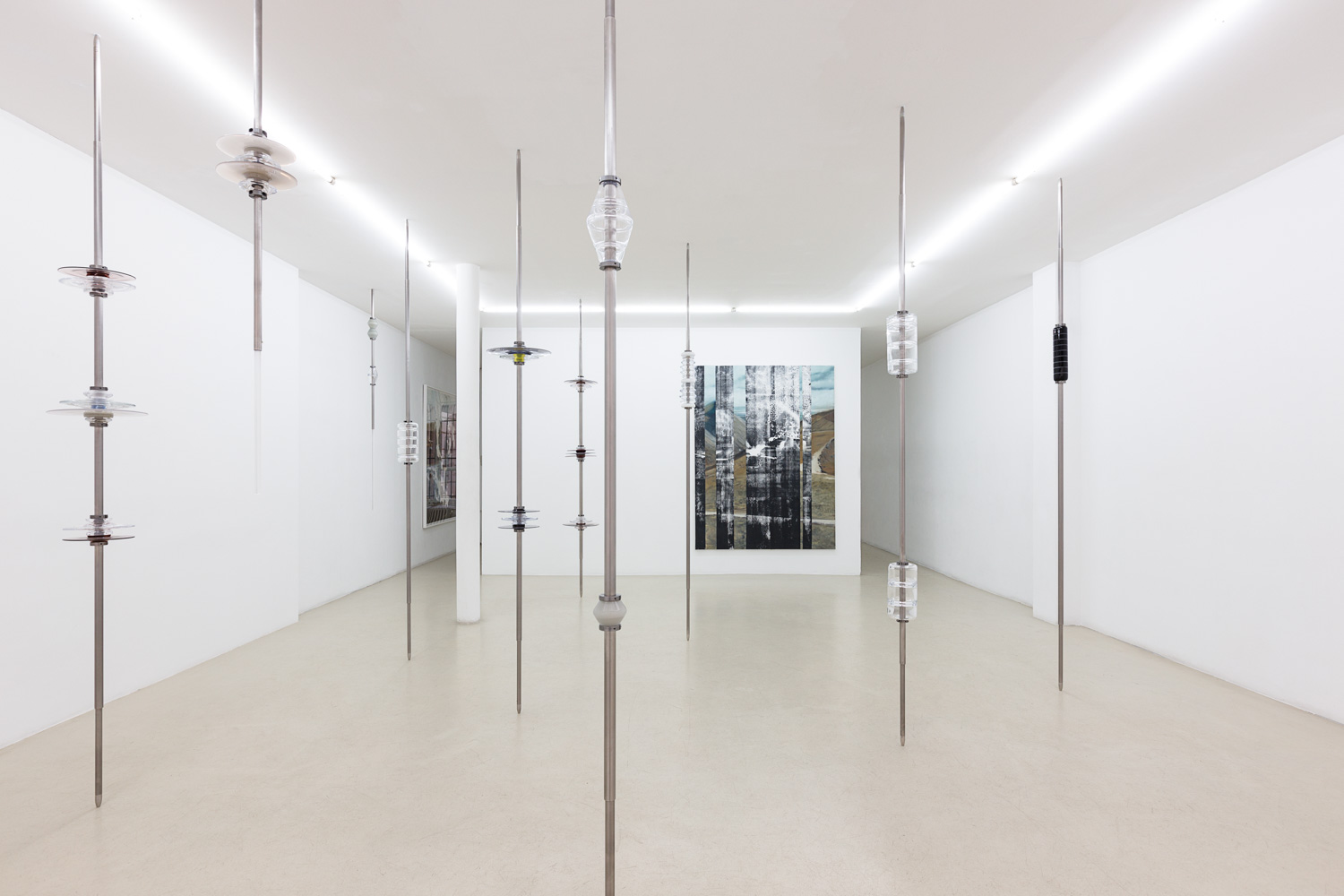 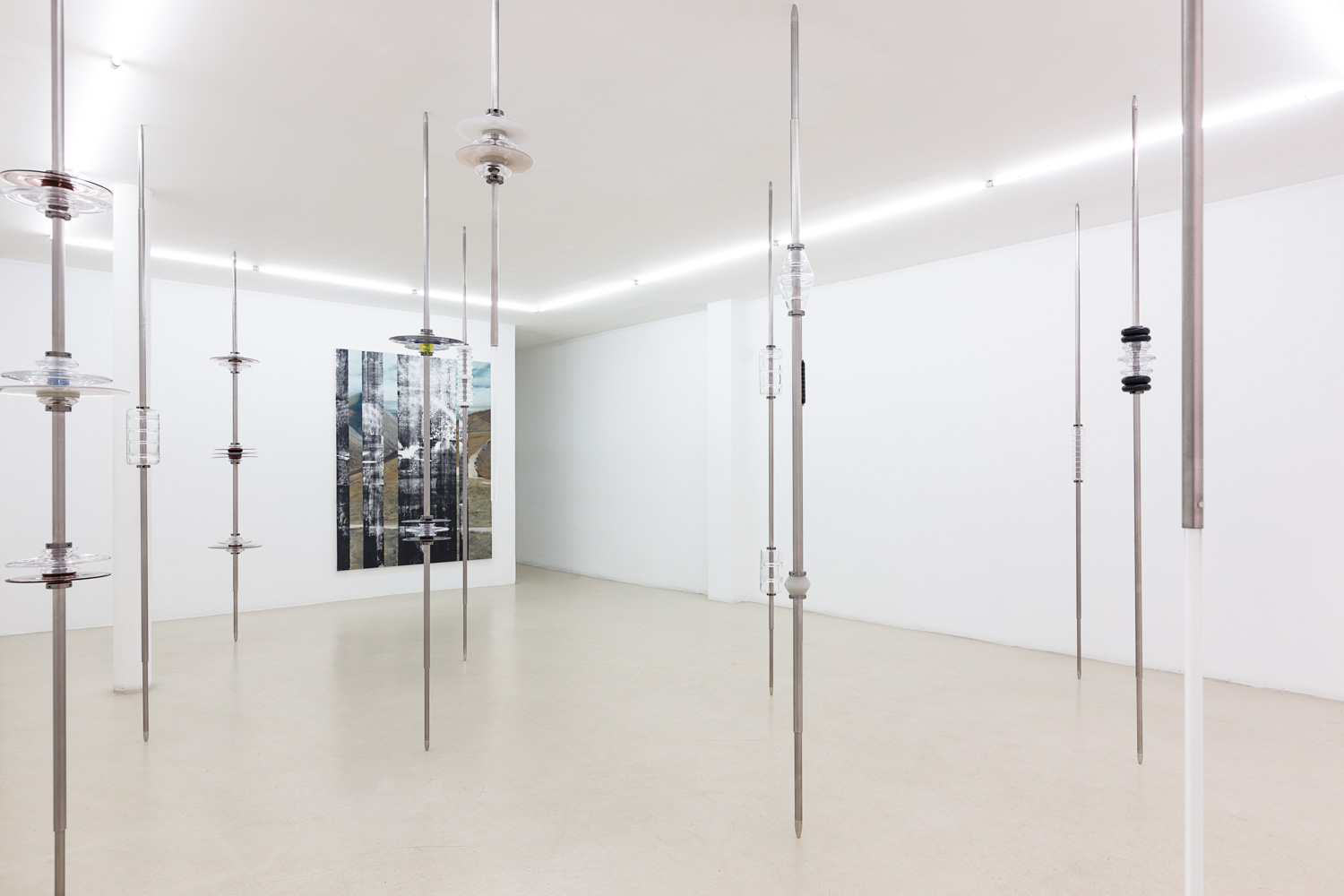 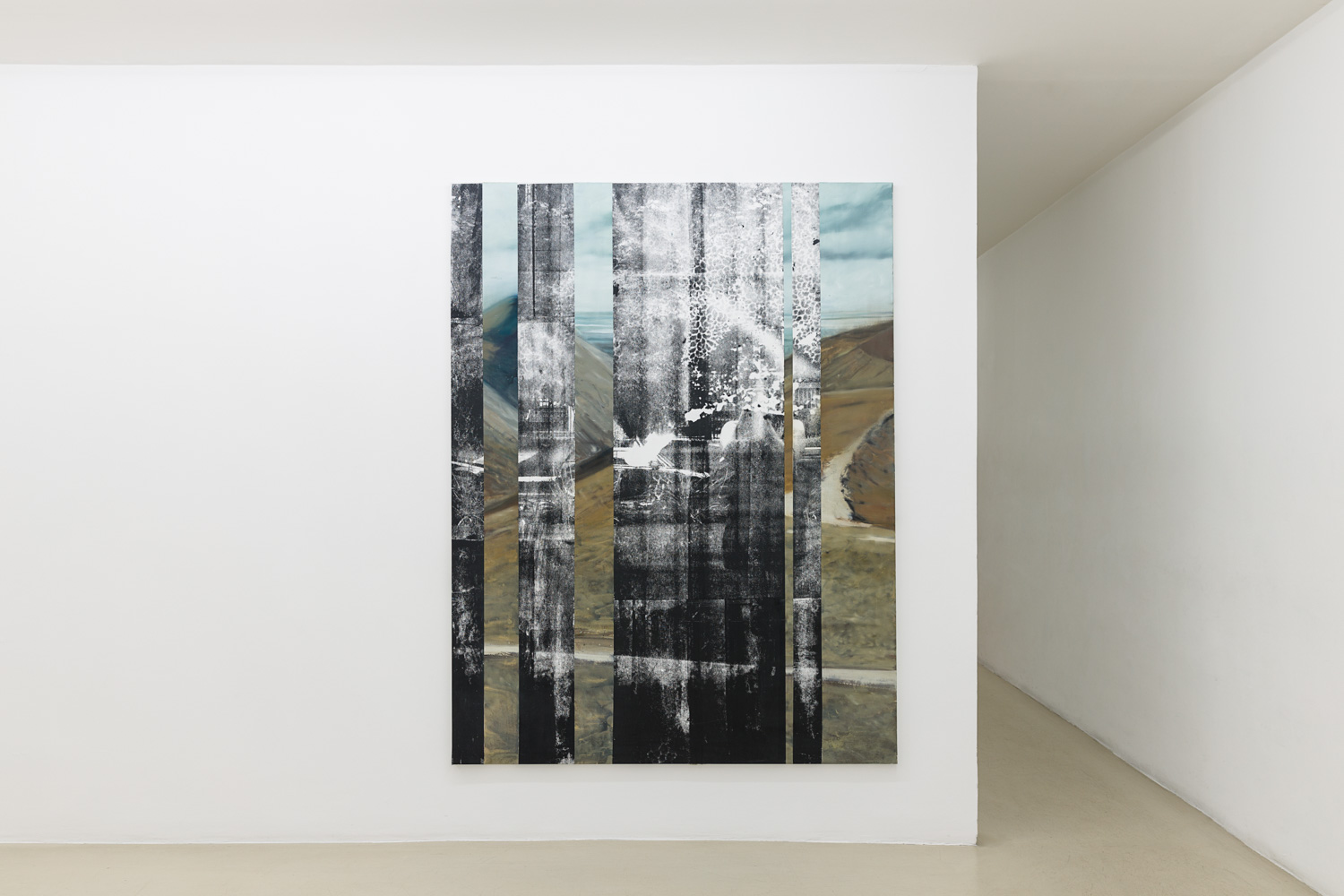 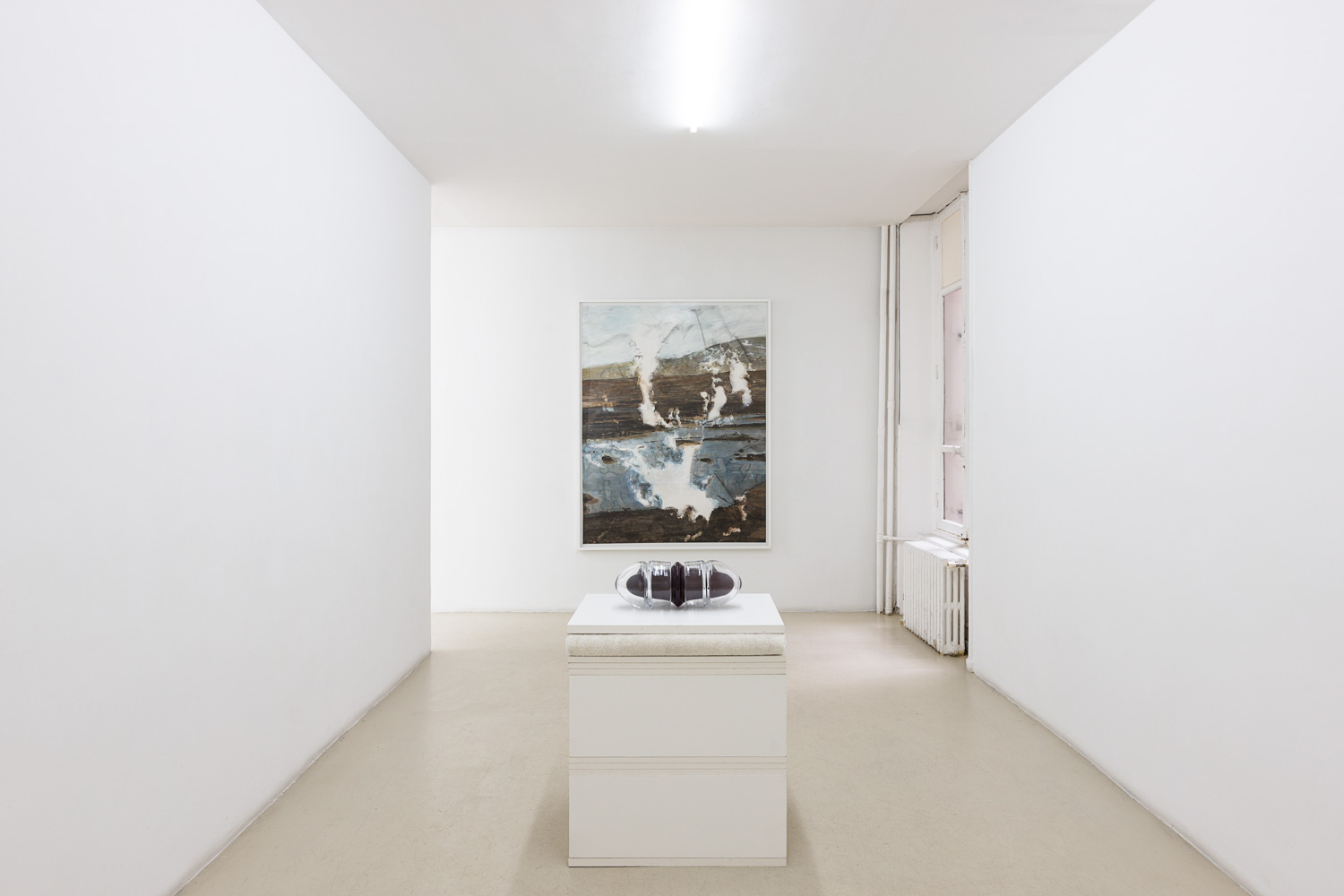 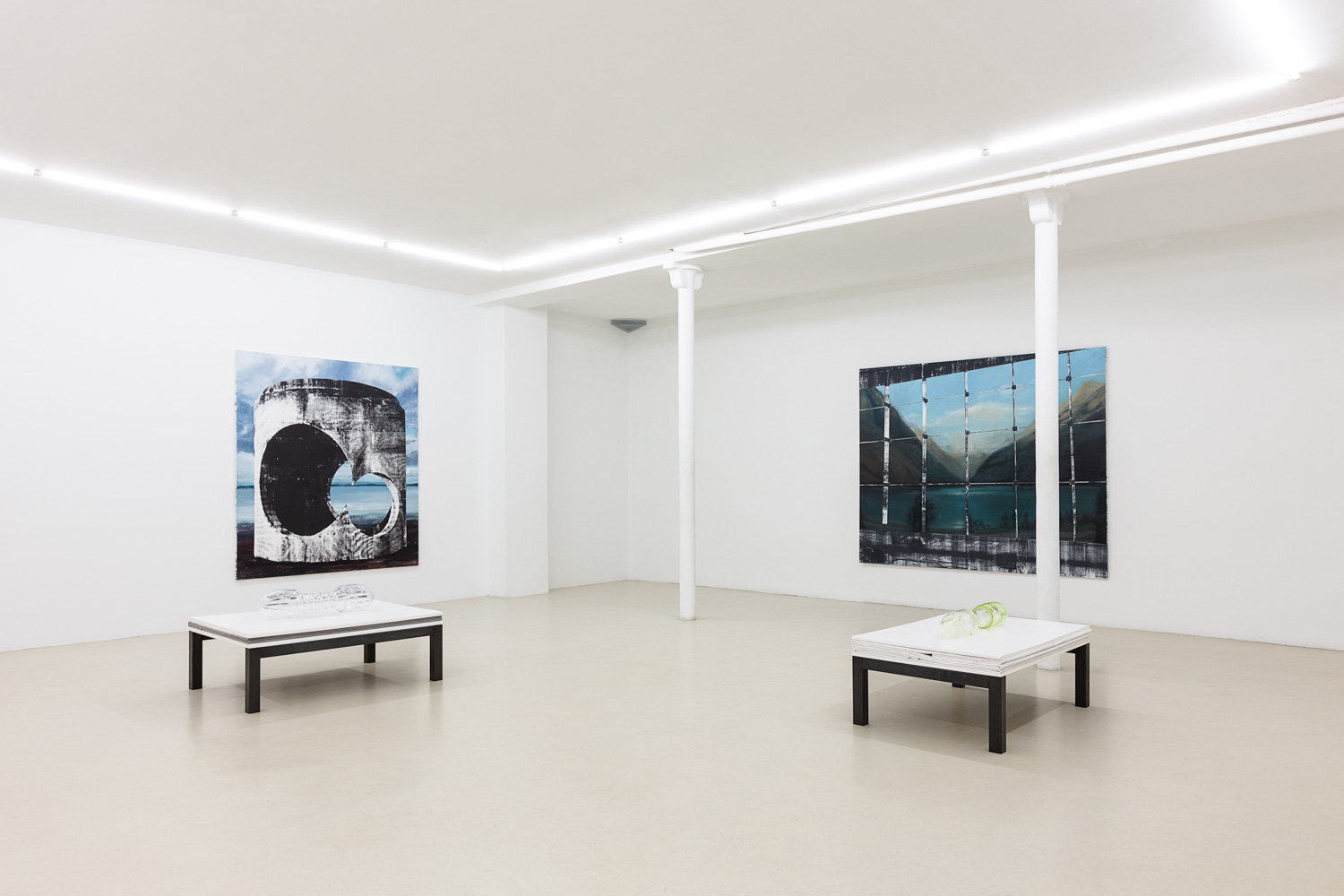 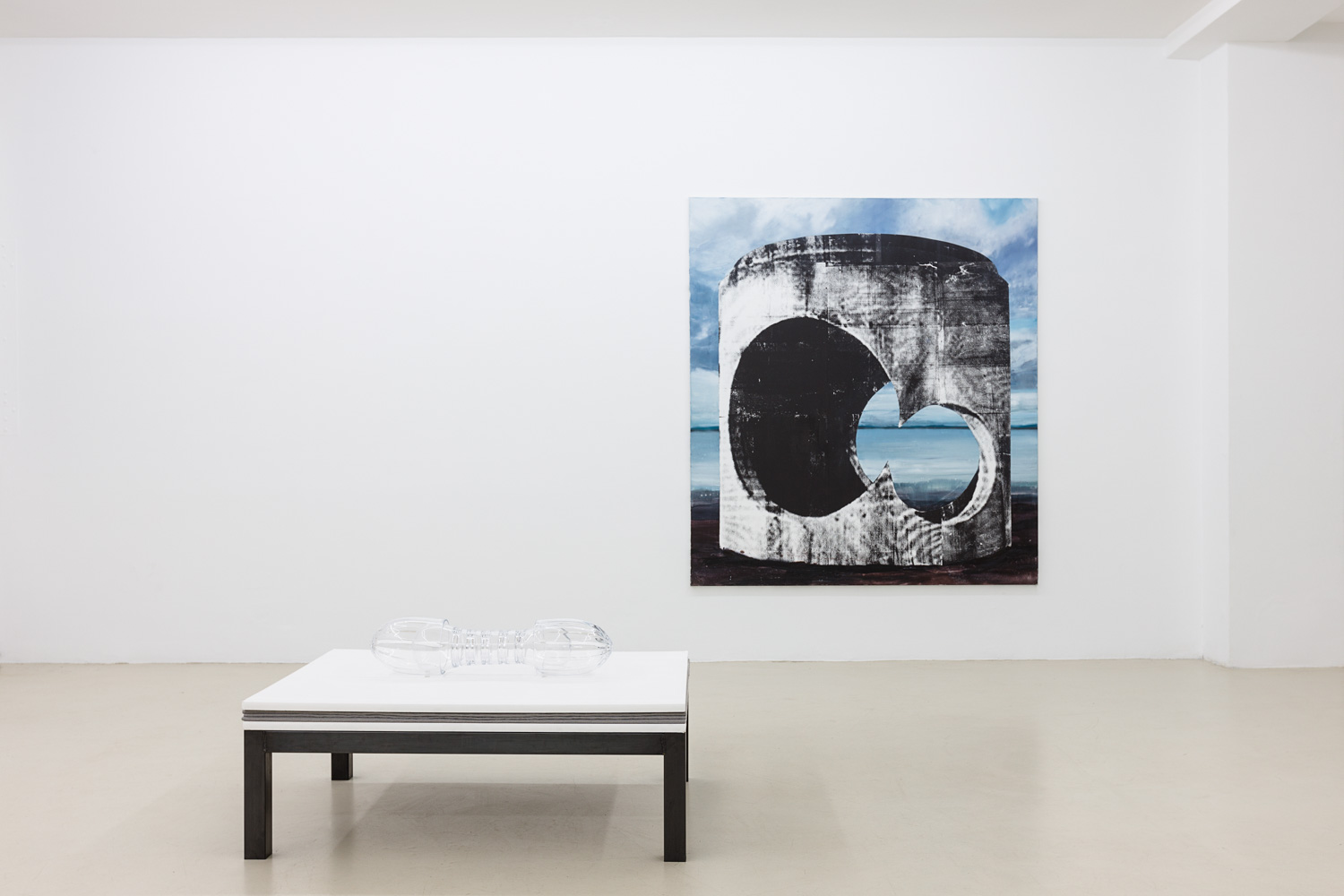 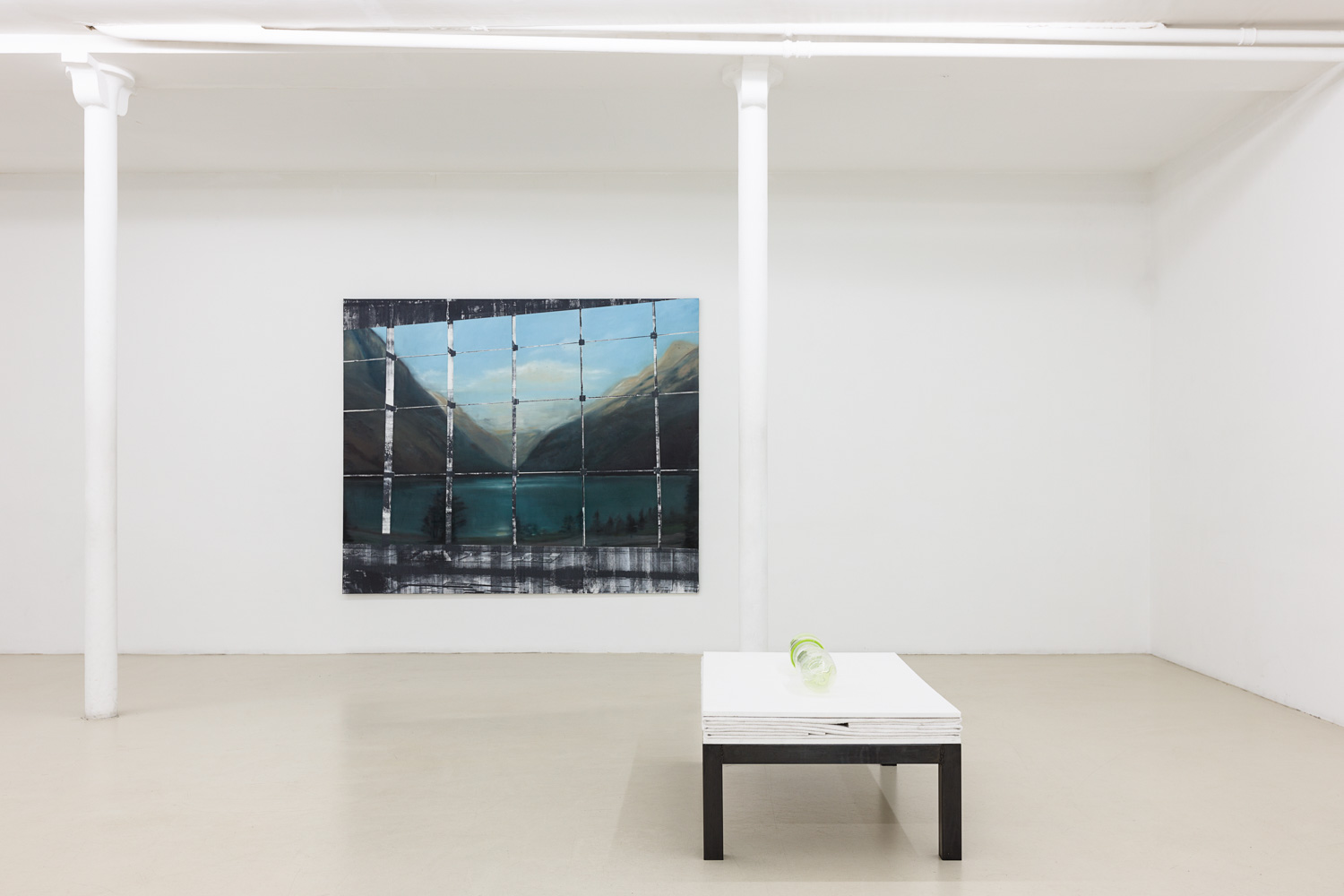 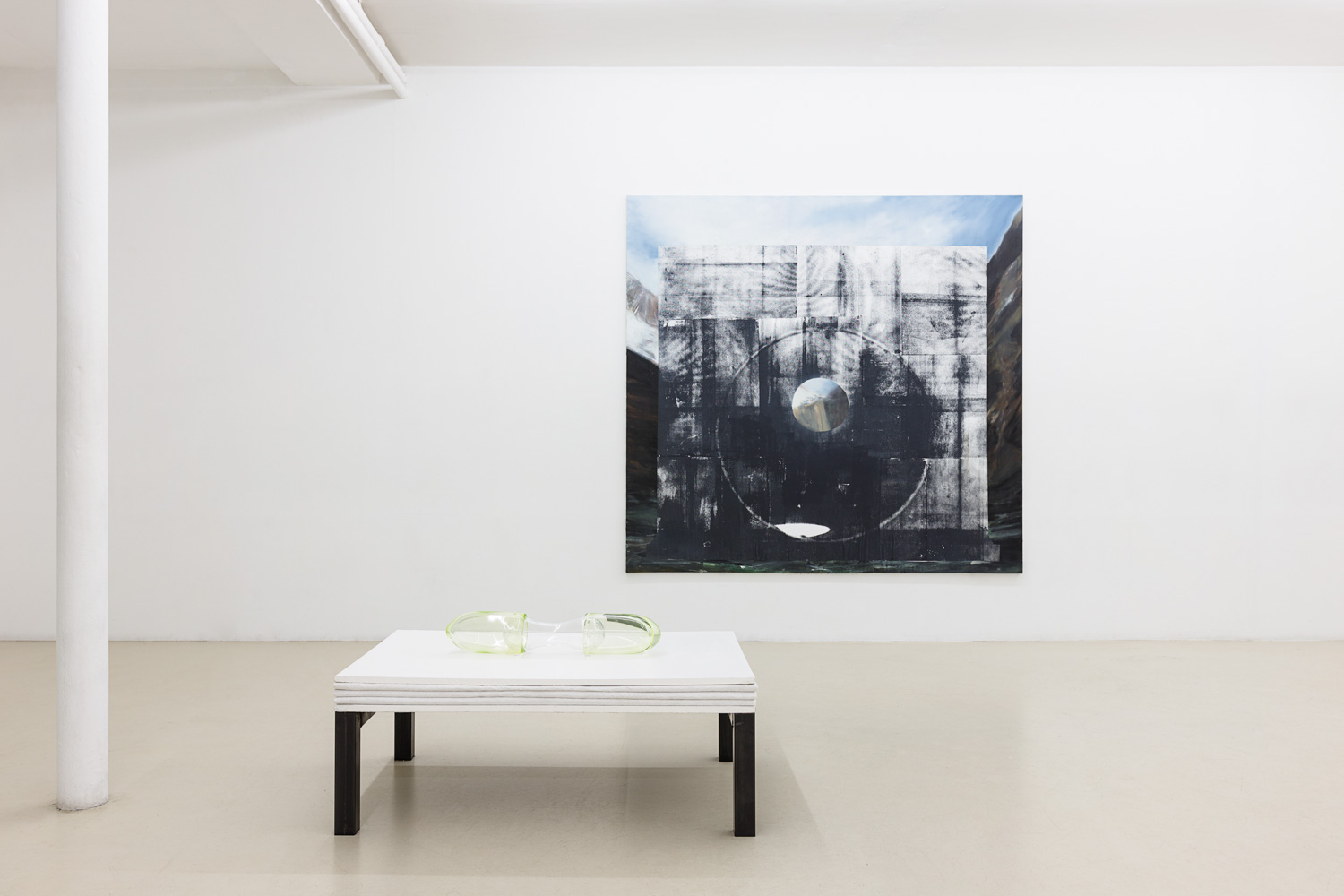 DIPOLAR winds up the cycle on affinity between artists and works, proposed by Sophie Vigourous in which a sensitive dialogue is established between the works, in order to try to learn from them, and reflect about the notion of intellectual friendships, collaboration, homage, duets and dualities.
After Affinité(s) and Mais pas du tout, c’est platement figuratif! Toi, tu es spirituelle mon amour! (co-curated by Anaël Pigeat and Sophie Vigourous), DIPOLAR is proposing an exhibition of two studio artists who have decided to establish a conversation between their works within the gallery space. Started more than a year ago, their project has been developed around formal and discursive relations between the silkscreened paintings of Eva Nielsen and Jennifer Caubet’s sculptural installations. The interplay of scale, incidentally, is a common feature in the works of both these artists, who produce territories shying away from the existing world, in which the proportions are confused and blurred. The confrontation and merger of forms betray reality and tend towards abstraction. Similarly, the artists’ work transforms our perception of trivial elements, and lends them another magnitude.

3D tour of the exhibition