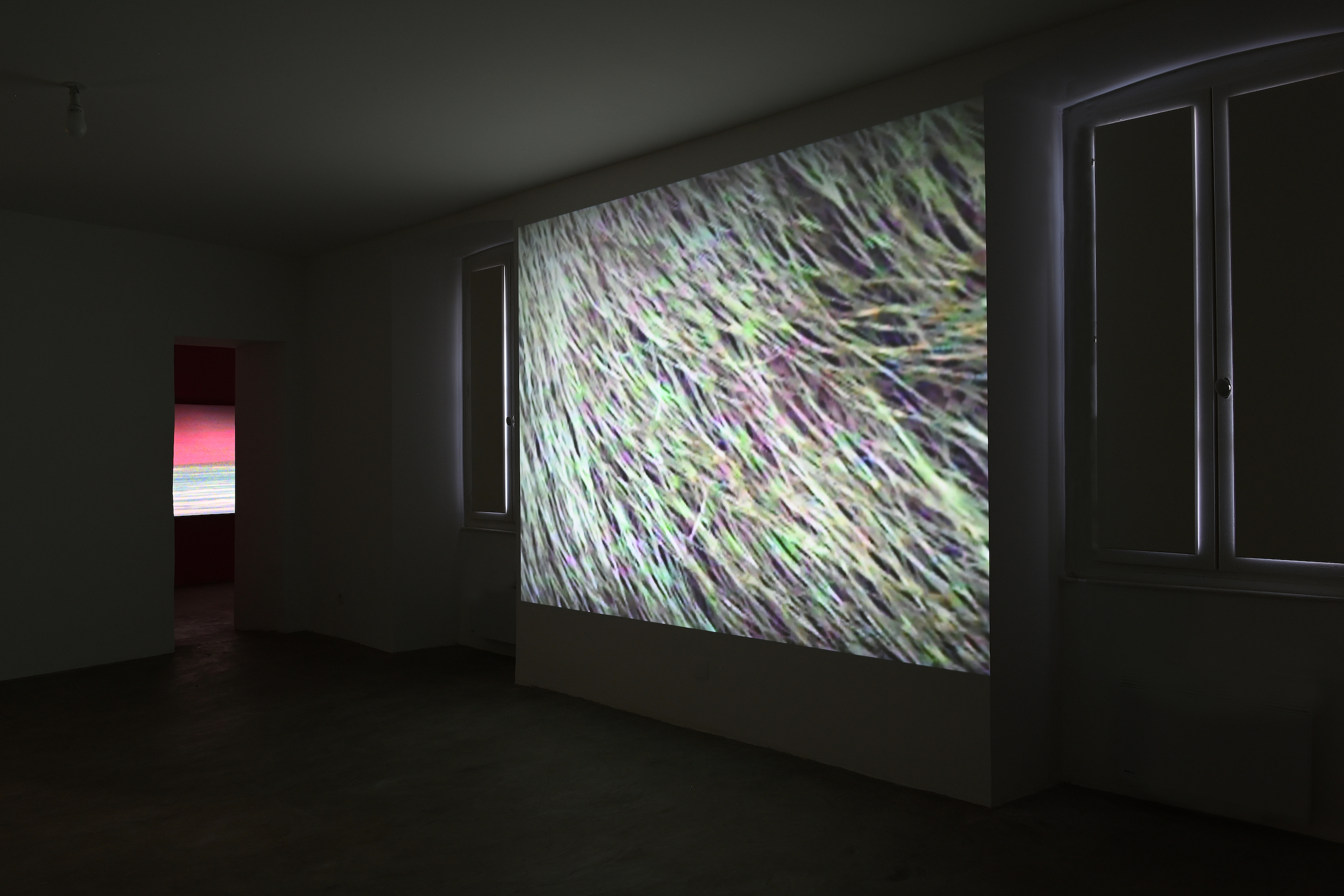 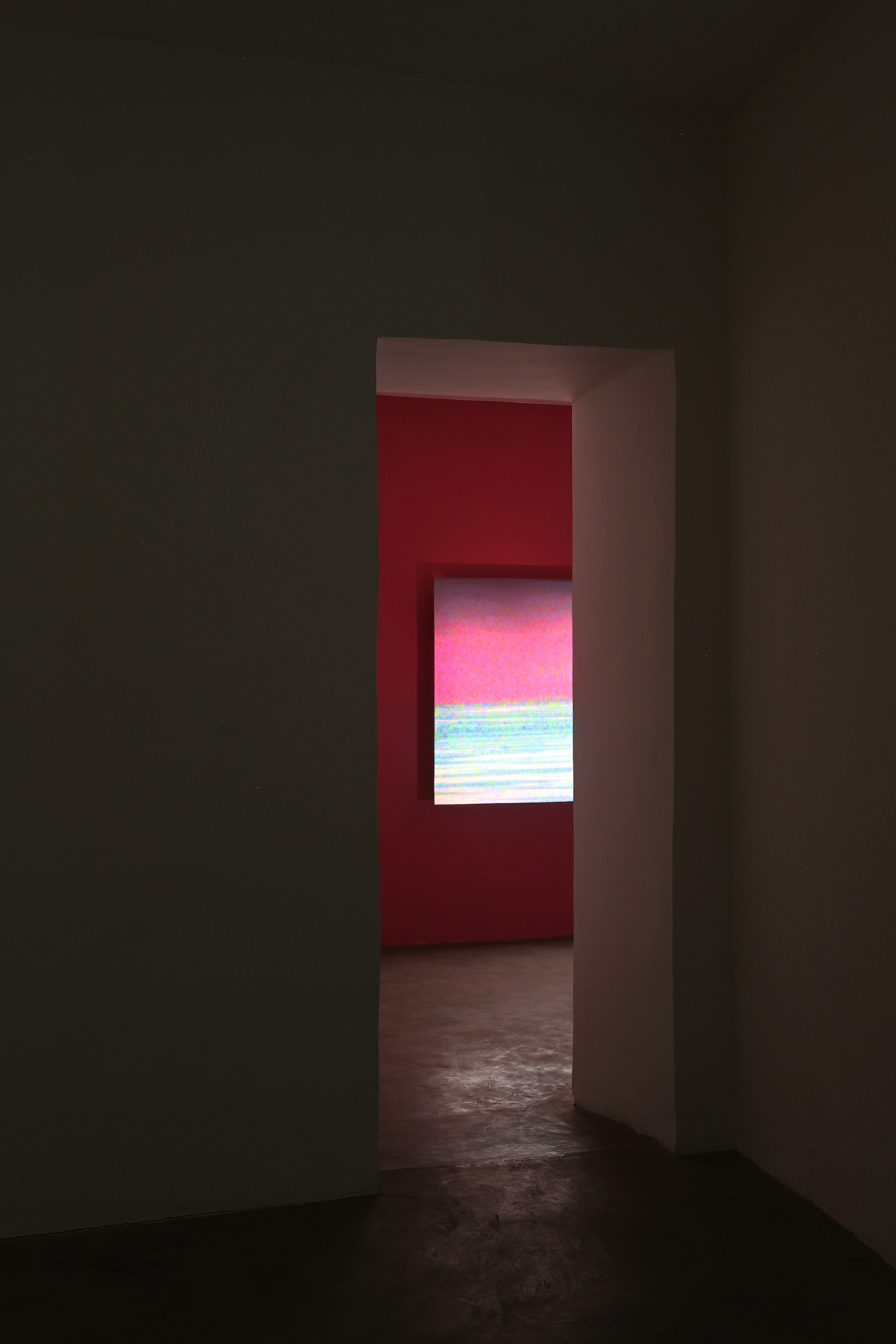 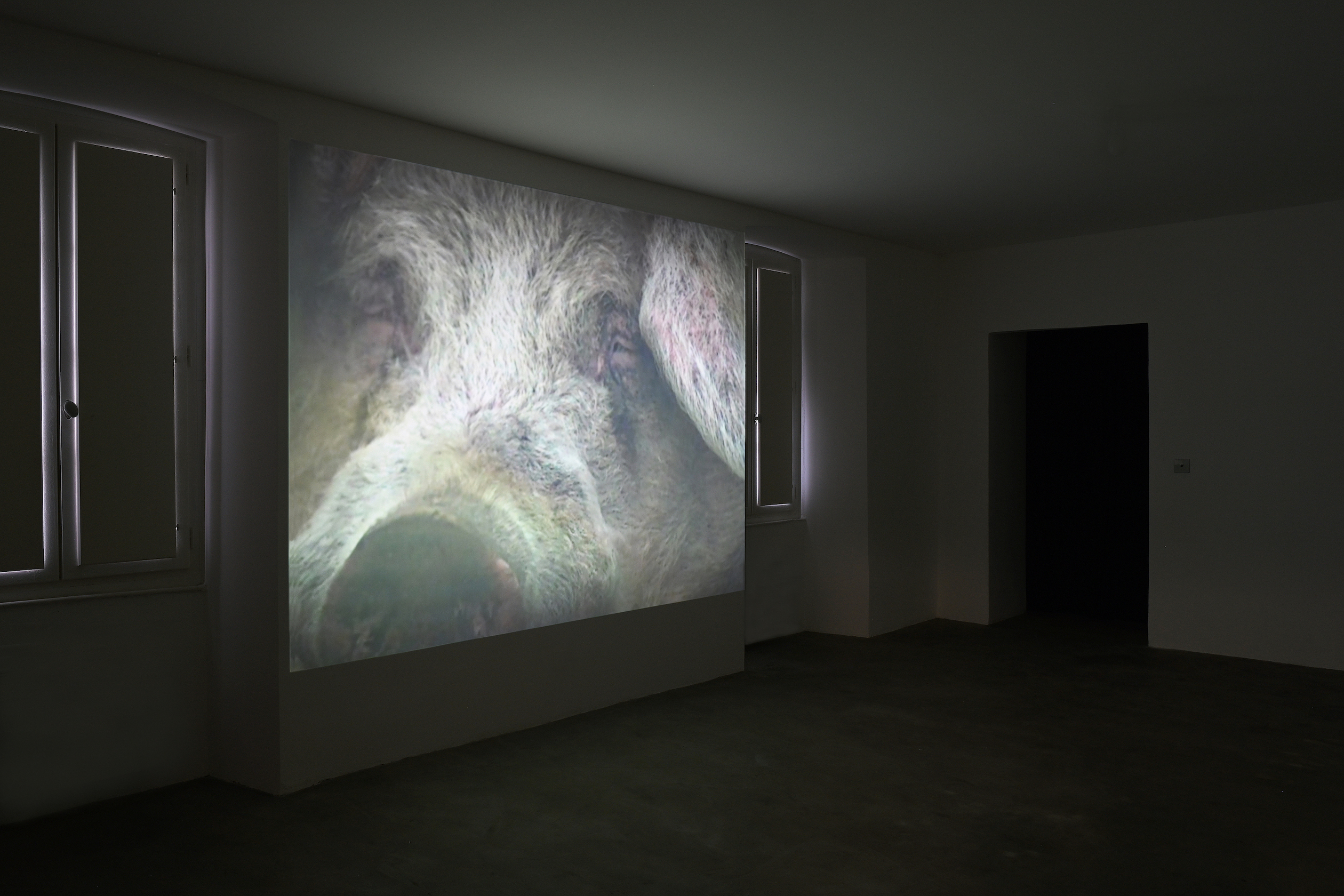 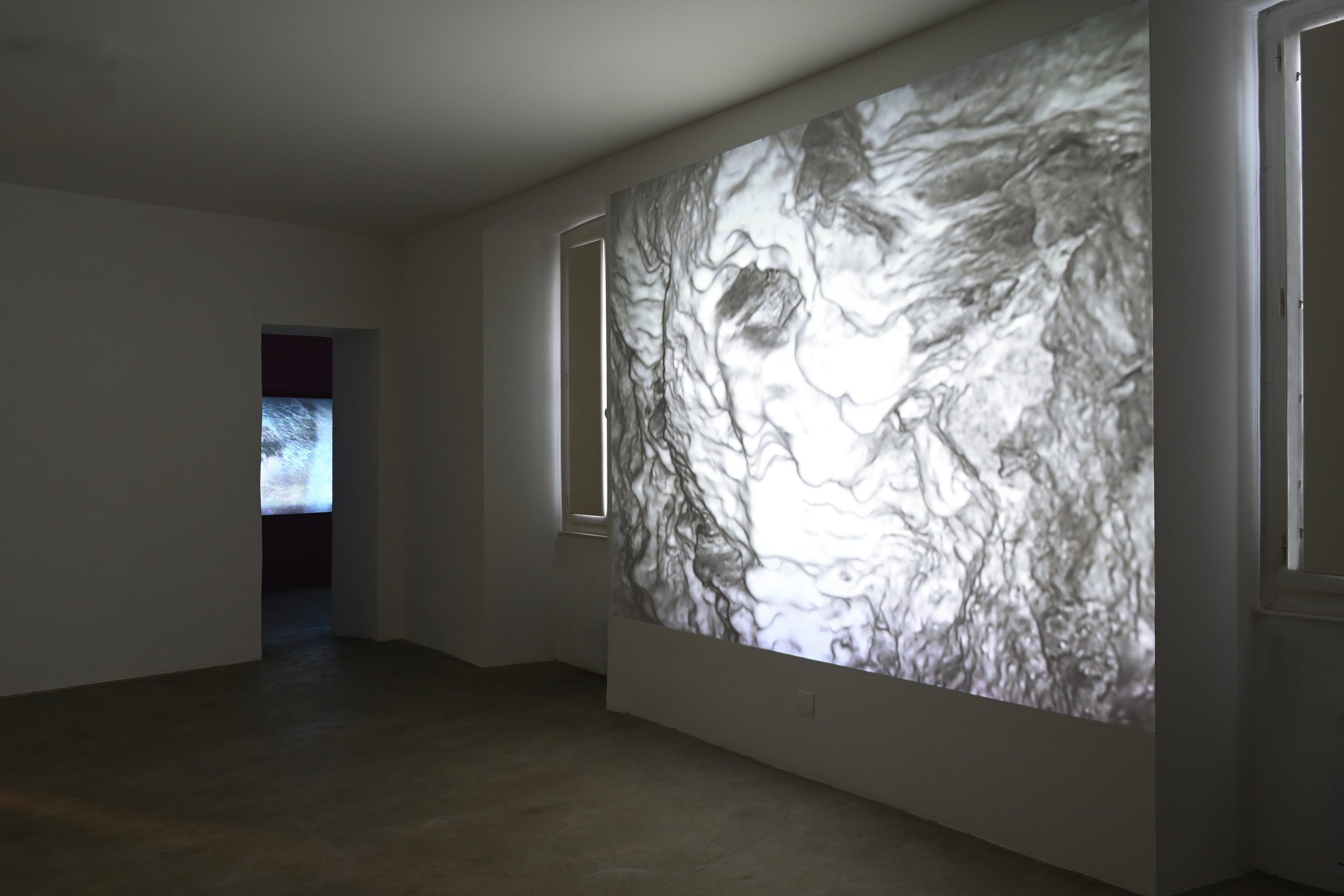 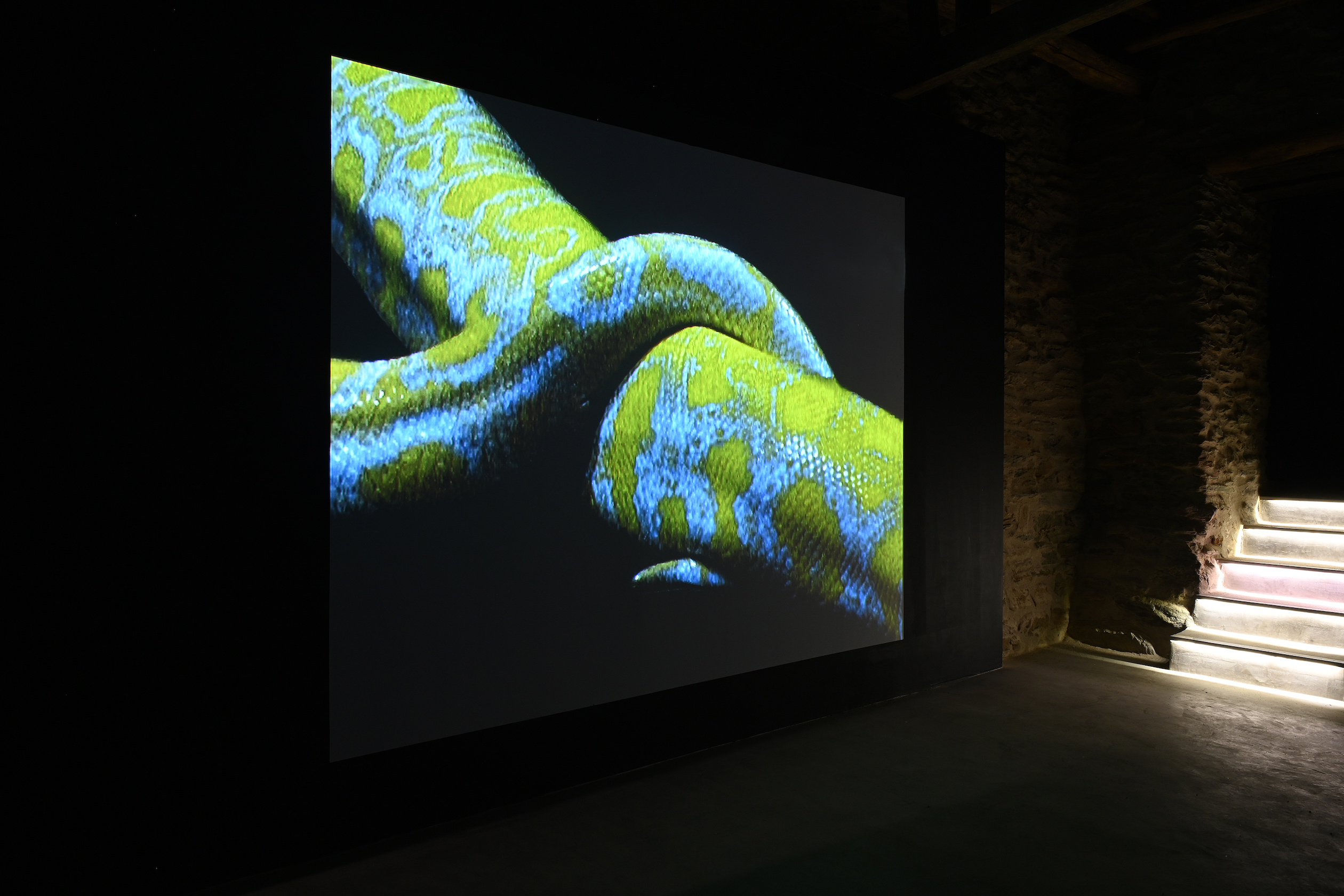 “Following its first residency, Casa Conti – Ange Leccia is pleased to present an exhibition by Anne-Charlotte Finel. As a video artist, she works mostly with light equipment, offering the possibility of capturing scenes that are both banal and strange. Lights and animals become the main characters of her sequences which border on abstraction and sometimes open up the field of science fiction. Deer on the outskirts of a city, like the shining of gerridae, are all signs of a dystopian form that does not say its name. On the lookout, Anne-Charlotte Finel thus offers an anxious look at the world, a vibrant look that captures reality as something palpable, but difficult to define.

During her residency in Corsica, she focused on a pig farm, which she filmed as closely as possible, in a radical assertion of detail, in order to blend their bestial side with extreme humanity. In this way, Anne-Charlotte Finel extends her bestiary to bear witness to the shift in our relationship with animals, sentient beings, to whom we are fully linked. In this attempt to leave our anthropocentric position, the artist invites us to think of a universe with less marked borders where orders merge – a call also to refuse the hieratic truths that are imposed on us.”