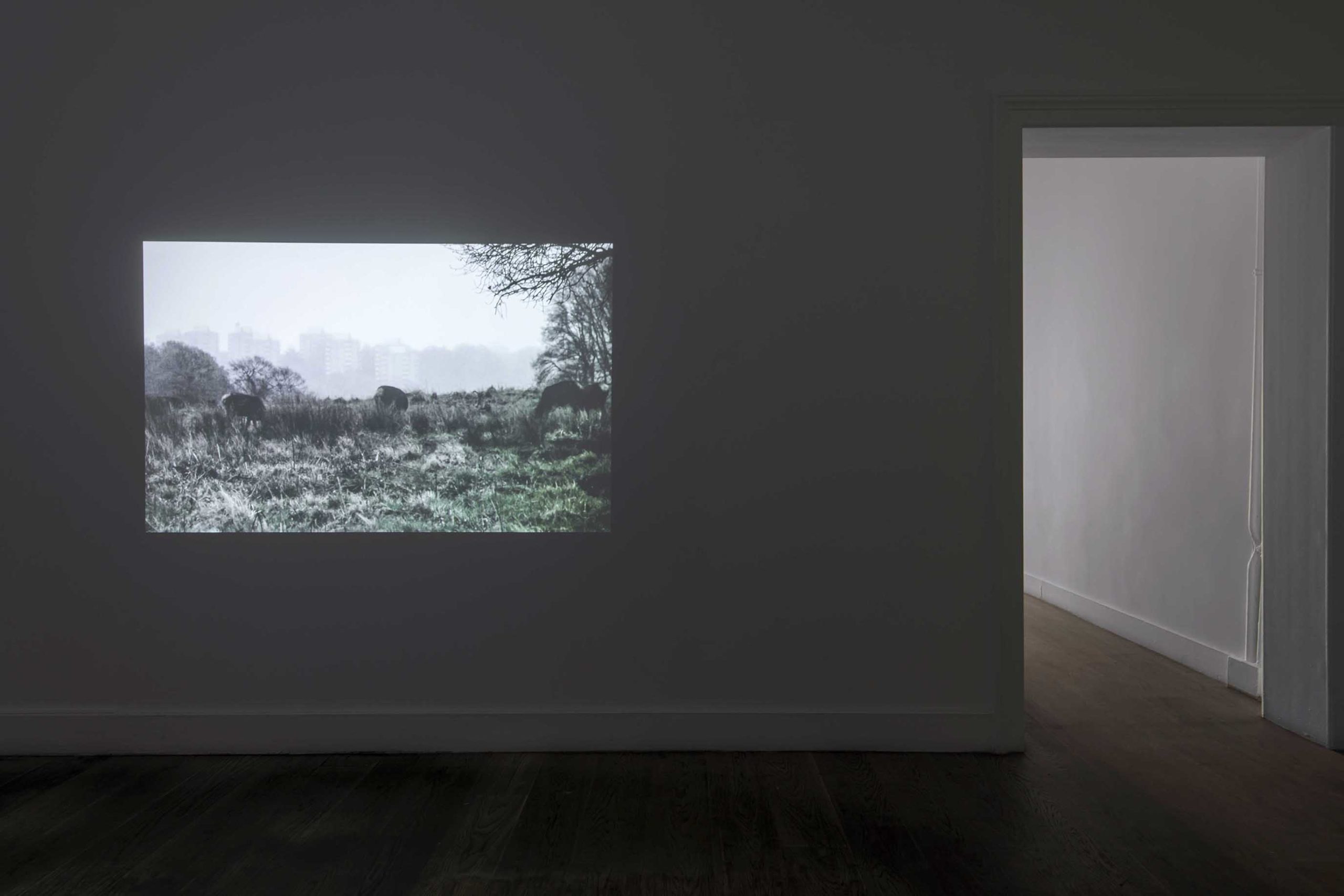 ANNE-CHARLOTTE FINEL | A year of 13 moons

“Every one of seven years is a lunar year. In these years, people who are dominated by their emotions suffer from severe depression. But when a lunar year is also a year of 13 moons, like 1978, it often results in personal catastrophes.”

-The opening monologue of ‘In a Year of 13 Moons’ by R. W. Fassbinder

We have built the world upon time and time upon the Moon and the Sun. Two contradicting cycles, two different concepts of time that do not overlap, and it is as if we are caught in the middle. The Moon navigates around us, descending and escalating time and again. The Sun has wrapped the Earth around its waist like a hula hoop, swaying it between day and night.

We are in a year of 13 moons, right in the middle of the 13th full moon. It feels like it has begun without an end. A little before the past, within the last remains of memory; a bit later than the future, right before the end of the world. We are on the Earth’s surface, right in the middle of a desert, at a place like nowhere. We are watching the ruins from another time with eyes open wide, the wreck of civilization scattered all over. Here and there are a few traces, a few lines, freezing cold weather, sculpturesque remains from an enchanting structure, lonely but majestic ruins, a monochrome scenery that melts and disappears into the background, animals lost on their tracks, people gone astray, myths withering among languages in between disappearance and remembrance.

“All worldly shapes shall melt in gloom,
The Sun himself must die,
Before this mortal shall assume
Its Immortality!
I saw a vision in my sleep
That gave my spirit strength to sweep
Adown the gulf of Time!
I saw the last of human mould,
That shall Creation’s death behold,
As Adam saw her prime!” [1]

This exhibition is of an undated intuition, perhaps a post-apocalyptic landscape, an uncanny geography, a state of anxiety, a cold conceptual nightmare. An assumption of the past, a messenger from the future. Perhaps there has been a war, unsubstantiated like all others. Or maybe an undefinable chaos, a violent destruction. Perhaps the course of humanity has ended up in a cul-de-sac, as we marched ahead blindly, solemn and courageous, yet ignorant and impertinent. What follows is a head-spinning abyss.

We enter the 13th moon from the edge of a cliff, through the vague doors of time. It remains ambiguous whether there is way out, or whether the year will eventually come to an end. The constructs proposed by the artists in the exhibition harbor an enchanting feeling of the uncanny, and thoughts of loneliness that accompany it. The existential loneliness of humanity floating in the infinite emptiness of space, or the feeling of alienation in the middle of a crowded city. The undefinable tension caused by finding oneself in the wrong place at the wrong time. Within these extraordinary scenes, the exhibition invites us to to silently turn back to ourselves and to question our own time. In these strange times prone to disaster, art becomes a field of exploration for reconstruction. Until the next year of 13 moons…